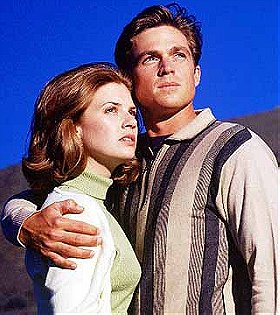 smowk
In 1960s America, a young couple struggle to expose the truth about a hidden alien invasion, while a secret government organization follows its own agenda in dealing with the threat.
View all Dark Skies reviews

skavau added this to a list 7 months, 3 weeks ago

"20th century history as we know it is a lie. Aliens have been among us since the 1940s, but a government cover-up has prevented the public from knowing this. As the series progresses, we follow John Loengard and Kim Sayers as they attempt to thwart numerous plans of the alien Hive, most of which are tied to historical events and figures. In addition, the pair must stay one step ahead of a covert government agency, Majestic-12, tasked with fighting the aliens while maintaining the conspiracy of s"

Alijan8 added this to wanted list 1 year, 1 month ago

Gdog29 added this to have watched list 5 years ago