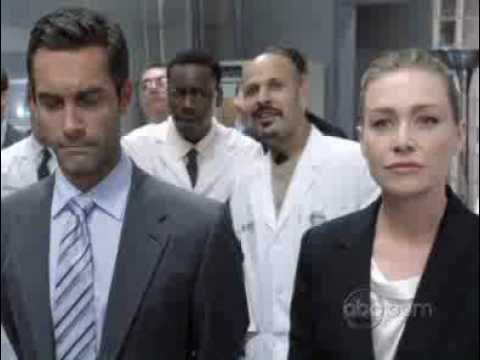 View all Better Off Ted videos

As head of research and development at Veridian Dynamics, good guy Ted Crisp leads a quirky team of the world's smartest scientists on a mission to make the impossible possible. From cowless meat to deadly pumpkins, no project is too bizarre, or too unethical, as long as it's profitable. Working to appease his beautiful boss, Ted struggles occasionally with his conscience - and his attraction to a comely co-worker - but it's all in a day's work when you're Better Off Ted.
Release date: 18 March 2009
Tags: Favorite (1), 2000s (1), Abc (1), (1)
My tags:

LittleRedCorvette added this to a list 1 year, 2 months ago
Watching Tv (839 tv items)

aLittleTyger posted a image 2 years ago

Queen of Horror added this to a list 3 years, 4 months ago

12 Shows ABC Should Be Embarrassed About Cancellng (12 tv items)

"It’s bizarre to think that of the multiple series created by TV vet Victor Fresco – including Sean Saves the World, Life on a Stick and Andy Richter Controls the Universe – somehow Better Off Ted lasted the longest, with 26 hilariously satirical episodes. A comedy with its finger on the pulsing forehead vein of corporations and the people who work in them, Better Off Ted is one that packed in jokes of all flavors and sizes – the unwittingly racist light sensors plot was executed almost t"