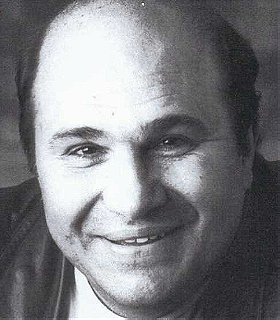 Born in Brooklyn, New York, he is the son of actor Carmine Constanzo.

His first role was in the 1975 movie Dog Day Afternoon playing a cop, although this was an uncredited part. This was followed by a role as a paint store customer in the 1977 film Saturday Night Fever. In 1990's "Total Recall", his strong performance as Arnold Schwarzenegger's best friend Harry garnered him critical praise as well as huge popularity in the teen demographic. Other movie roles include Die Hard 2, Dick Tracy, City Slickers, and Down and Derby. His television appearances are varied, with him appearing in Boston Legal, Hannah Montana, Friends, Days of our Lives, The Golden Girls and numerous other series. He also starred as Commissioner Stenchler in the Sega CD game Sewer Shark.

He is also a cartoon voice actor and has done voices on shows including The Fairly Oddparents, The Zeta Project, House of Mouse, Duckman, Bonkers, and Random! Cartoons, among others. He also did the voice of Detective Harvey Bullock on Batman: The Animated Series, Superman: The Animated Series, The New Batman Adventures and Static Shock, as well as in the theatrical release Mask of the Phantasm, and the video releases Batman & Mr. Freeze: SubZero, and Mystery of the Batwoman. Along with the new release Mafia II in which he does the voice for Joe Barbarone. ... (more) (less)
Tags: Voice Actor (2), American (1), Male (1), Actor (1), Acmerican (1)
My tags:

3. Batman: Mask of the Phantasm