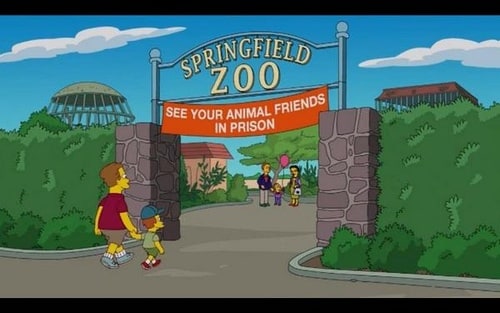 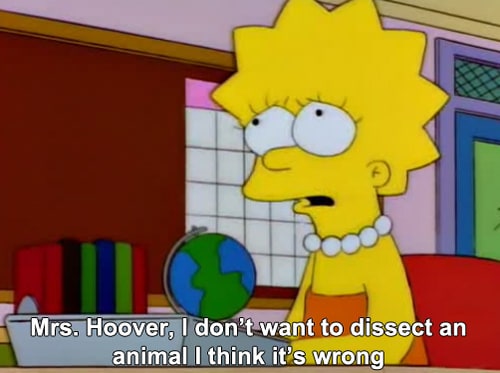 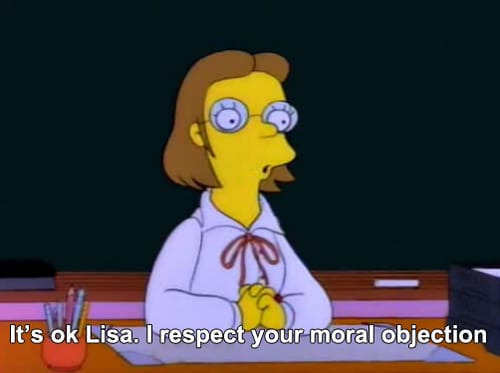 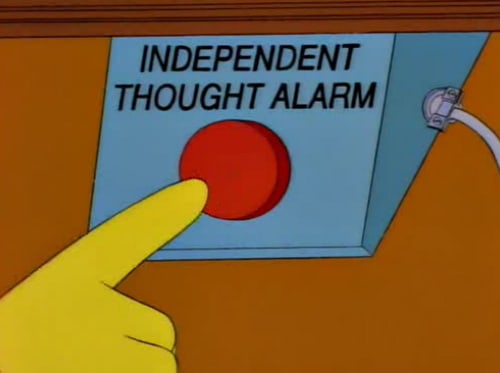 Sam Simon, one of the original creators of The Simpsons, was an animal rights activist and it reflects in the character of Lisa. The episode Lisa the Vegetarian was partially based off of the experiences of the vegetarian show runner at the time David Mirken, and Paul McCartney is said to have appeared on the show based on the stipulation that Lisa stay a vegetarian character. All in all, you can be sure there were veg*ns behind the scenes of her great character. 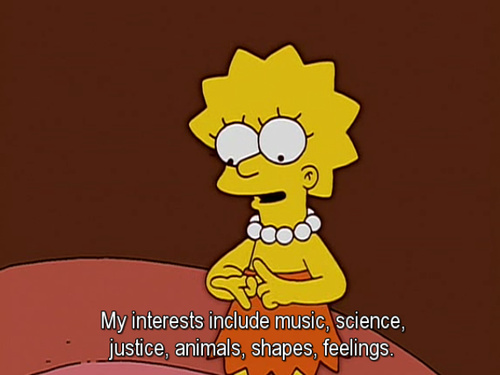 6.9
Cinderella (2015)
The repeating themes through out the movie of, "Have courage, be kind" and "Just because something is a certain way doesn't mean it should be that way" are all veg*n friendly messages, whether or not the movie is aware of this connotation. Cinderella's most famous friends are mice and her kindness applies to both human and nonhuman animals alike.
The prince falls in love with Ella at first meeting after she asks him not to hurt the stag they are hunting as she sees that he has much yet to do with his life. The prince says, "We are hunting, it's what is done yadayada," and the movie's main themes are uttered. Her great kindness is thus part of the reason the prince and Ella connect to each other and damn if that doesn't have vegan feels all over it.
Though Cinderella is shown in the film thanking a chicken for their egg it is hard to believe someone who so values kindness would do so if she had the knowledge that such practices hurt the health of chickens .

(x)
Movies which take the perspective of animals are usually veg*n friendly for obvious reasons. The association of animals as being 'child-friendly' means their perspectives, anthropomorphized though they are to facilitate humans better understanding and relating to them, are often presented towards younger audiences. 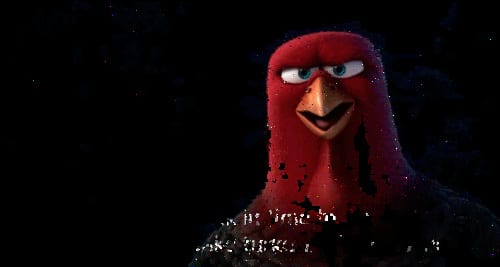 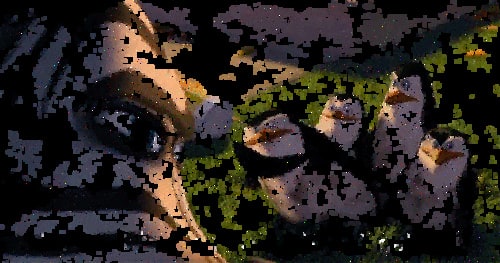 0
The Legend Of Lobo

6.3
Shiloh (1997)
An abused beagle runs away from his owner. On the road, he meets young Marty Preston and follows him home. The boy immediately forms a bond with the dog and names him Shiloh.

4.8
Legally Blonde 2: Red, White & Blonde (2003)
Elle Woods heads to Washington D.C. to join the staff of a congresswoman in order to pass a bill to ban animal testing.

7.8
The Plague Dogs
Two dogs escape from a laboratory and are hunted as possible carriers of the bubonic plague.

7.3
101 Dalmatians
A woman kidnaps puppies to kill them for their fur, but various animals then gang up against her and get their revenge in slapstick fashion.

7.2
Bold Native (2010)
Charlie Cranehill, an animal liberator wanted for domestic terrorism, emerges from the underground to coordinate a nationwide action as his estranged CEO father tries to find him before the FBI does.

6.5
FernGully: The Last Rainforest (1992)
The magical inhabitants of a rain-forest fight to save their home, which is threatened by logging and a polluting force of destruction called Hexxus.

6.9
Rio (2011)
In Brazil, various exotic birds are smuggled out of the country. In Moose Lake, Minnesota, a crate with a male Spix's macaw hatchling falls out of a truck and is found by a little girl named Linda Gunderson, who names him Blu. Fifteen years later, Linda owns a bookstore. Highly domesticated and unable to fly, Blu is ridiculed frequently by the Canada Geese that come by outside of Linda's bookstore.

4.9
Konferenz der Tiere (2010)
The annual flood has failed to arrive in the Delta, water has become scarce and the native animals fiercely fight over it. Billy and Socrates set out to find more water, and during their quest they meet a rag-tag group of animals from across the world: a polar bear named Sushi, a kangaroo named Toby, a Tasmanian devil named Smiley, two Galápagos tortoises named Winifred and Winston, a rooster named Charles, and a chimpanzee named Toto, all of whom have had their lives ruined by humans in some way and have traveled to Africa. The animals soon discover the reason for the lack of water in the Delta: a dam has been constructed to supply energy for a luxury resort owned by a man named Mr. Smith.

6.8
Brother Bear (2003)
Film with Native American themes of kinship with animals and not taking more than you need. The main character decides to stay with his bear family at the end.
In the film, an Inuit boy named Kenai pursues a bear in revenge for a battle that he provoked in which his oldest brother Sitka is killed. He tracks down the bear and kills them, but the Spirits, angered by this needless death, change Kenai into a bear himself as punishment. In order to be human again, Kenai must learn to see through another's eyes, feel through another's heart, and discover the meaning of brotherhood. 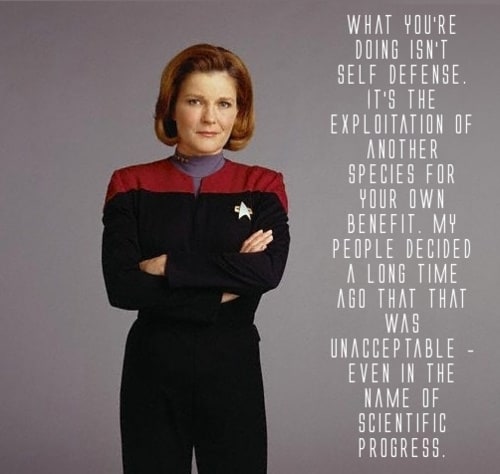 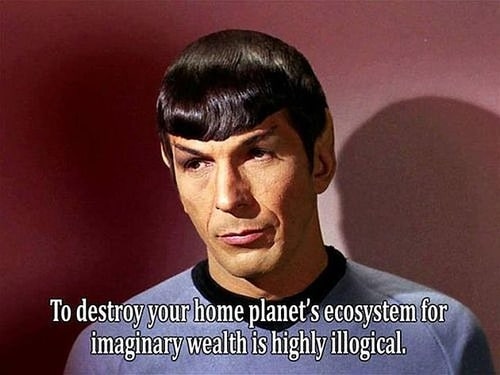 7.7
Nikita (2010)
A couple small references to her being veg*n, set in a plot of fighting oppressive government systems.

7.1
Soylent Green (1973)
In a dystopian world where the environment has been ruined and the poor live in overcrowded cities, a murder investigation leads a man to the knowledge that the "soylent green" many depend on for food is not being produced from sea algae but human remains. Nothing like the personal satisfaction a vegan has when watching humans freak out over cannibalism. Karma's a dear.

5.3
Jupiter Ascending (2015)
The alien people of the movie farm Earth humans in what is said to be an entirely humane and painless process. This is obviously unacceptable to the Earth humans.
morningsong's rating:

5.2
The 5th Wave (2016)
Despite the low quality of the film, there is one scene where a human passionately argues to an alien that his kind would never exterminate another species. To which the alien almost rolls his eyes and tells him they've been doing it for hundreds of years.
morningsong's rating:

6.7
Vegetarian (2014)
A girl hides her grandfather's rooster to save them from being sacrificed for good luck.
When everyone in the family keeps enjoying the reunion, an ill omen reminds Kathiresan and his wife about a 'Nerthikadan' (promise to God to offer something in return for a favor / or animal sacrifice) that is pending for long.
Kathiresan and family members unanimously decide that the long pending 'Nerthikadan' has caused so many difficulties for each of them and decide to offer the rooster 'Pappa', that is being nurtured in Kathiresan's house, to the Lord Karuppu during the festival.
Tamilselvi who shares a deep bonding with 'Pappa' wants to save him. Does she succeed in her attempts and convince her family members to go against the 'Nerthikadan'?
There is also the 2015 remake Dagudumootha Dandakor.

0
The Green Chic...finding dad
A vegetarian themed animated bollywood film for kids with an important message – to respect not just people but animals too.
The story revolves around a Chiclet, Green Chic, and his family who live happily in the jungle. One day, Chiclet’s mother is killed by a hunter. Chiclet’s father, in an attempt to save her, is held captive by the hunter and is taken to Mumbai.
Heartbroken, Chiclet gathers strength and with the blessings of his Guruji, a swan, takes a vow to rescue his dad from the clutches of human beings. His best friends – a monkey and a duck, join him in this journey from the jungle to the unknown city of Mumbai to complete this mission.

6
Mr. Popper's Penguins (2011)
A father sends his son penguins from Antarctica and his children become taken with them. Finding himself unable to properly care for them, the penguins are traded to the zoo but he later regrets the decision, steals the penguins back and frees them back in Antarctica with a promise to visit. Differs slightly from the book where instead of a zoo the penguins are sold to a circus with Mr. Popper finally coming to the conclusion that show business is no place for a penguin. There is of course the irony that the penguins of the movie were used for exactly that, making this film rather contradictory. (x) 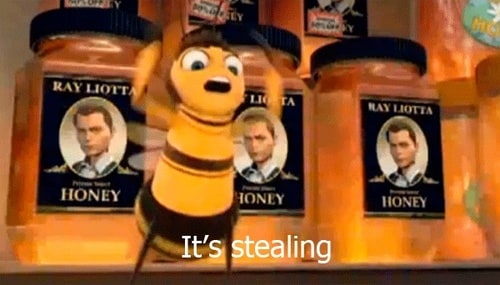 (x)
Although the first half of the movie is veg themed, the second half after the court ruling proposes that somehow without humans 'sharing' (because in this case bees are able to communicate their consent to this) their honey, somehow crops will no longer be pollinated because if bees aren't working for modern capitalist minded humans they become lazy. *sigh*

6.2
Doc Hollywood (1991)
A big shot plastic surgeon is forced to work in a small town where he falls in love with the vegetarian anti-hunting activist Lou. He also adopts a pig along the way.

5
Vegan Love (2009)
Short film on youtube about a vegan guy who goes on online dates looking for a vegan girlfriend while his best mate makes a documentary. The ending is kind of meh as there seems to be a theme around dating nonvegans. But seeing legitimate representation for 30 minutes is pretty nice.
"What do you expect me to do Alex? I thought that a film about a vegan would be, you know, like releasing chimps from the lab and then doing some yoga and running some errands and stuff, you're just so bloody normal."

7.1
The Green Beautiful
As part of an intergalactic coalition, a well-meaning space alien volunteers to bring a message of self-actualization and harmony with nature to the one planet rejected by all her peers as incorrigible--Earth. This family-oriented French sci-fi comedy chronicles her adventures on the chaotic planet.
Load more items (58 more in this list)
Media around or with some associations with anti-animal exploitation, animal friendliness or general harmlessness and compassion for all (ahimsa). Or just TV that has some positive veg-head characters.

Having gone through a whole lot of movies with vegetarian characters, I can definitively say that the majority of the time their being vegetarian has nothing to do with bringing a theme of anti-animal exploitation, anti-bigotry or compassion into the narrative, which considering that these are the major things the vegetarian identity and certainly the vegan identity is based around, is pretty saddening.

Favorite Books of the 21st Century by mika_

The Beauty of the West by Dark Wine