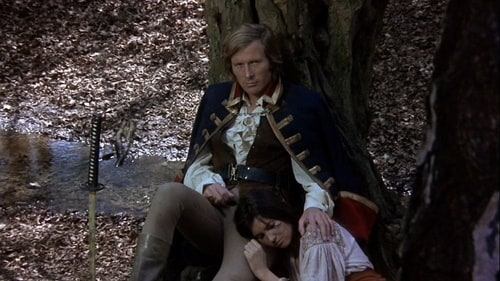 I always thought that this one was a lot of fun and highly underrated. Besides, Caroline Munro never looked lovlier.
Larry Talbot's rating: 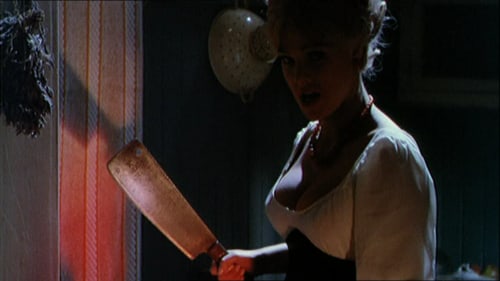 The Hammer Frankenstein series is one of my favorite horror franchises of all time. They are all top notch (even Monster from hell, which people seem to hate for some reason). Cushing is oodles of fun whenever he plays the Baron. I have a soft spot for this one.
Larry Talbot's rating: 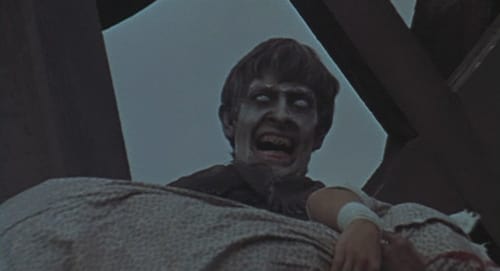 This one is a little slow, even for hammer, but when it kicks into high gear, it's some of the spookiest stuff in 60's horror.
Larry Talbot's rating: 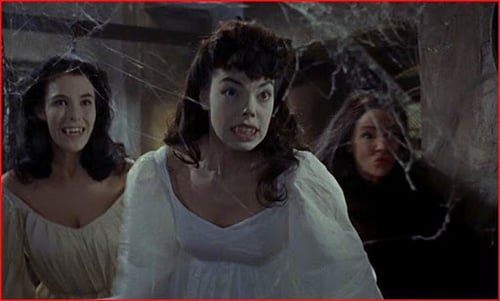 So Dracula isn't actually in the film? So what? Baron Meinster is interesting in his own right. I like that he plays on the sympathies of the girl and he's built up to be a heroic, tragic vampire, but it's all a ruse and he's actually quite nasty. Cushing is awesome again as Van Helsing, but he always goes above and beyond.
Larry Talbot's rating: 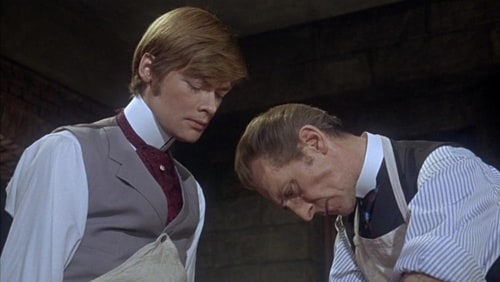 Peter Cushing is back again(hope you can tell that I really love the man) and plays Frankenstein at his most delightfully sinister. The Baron is great fun to watch because you never know what horrible thing that he'll do next. Freddie Jones is also great as the latest victim of Frankenstein's adventures in science.
Larry Talbot's rating: 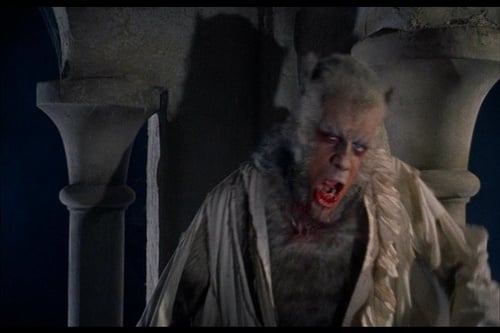 I like how much effort goes into the origin of the werewolf and how it goes against the typical hollywood werewolf and seems to be rooted more in folklore and legend. When Reed does finally turn into the werewolf and we get a good look at him, he is the single most impressive looking monster ever created by Hammer. He is truly awesome looking and I would go so far as to actually say that he's the most fully realized monster design of the 60's. I could really ramble on and on about how much I love the look of the title beastie. While it's not the best hammer film, it's actually my favorite.
Larry Talbot's rating: 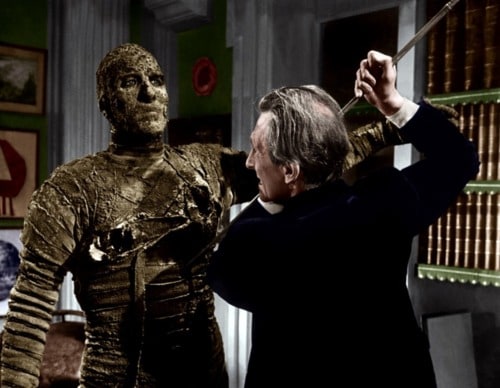 Takes the Universal Mummy sequels, mainly The mummy's Hand, The Mummy's tomb, and the Mummy's Ghost and shapes them into something less hokey. Christopher Lee is, to date, the only bandaged Mummy that is actually scary. Fire an arrow at him, shoot him, stab him...nothing stops him. He's powerful and a bit more energetic than your average mummy, and combined with Lee's height, he's a mummy that you can take seriously.
Larry Talbot's rating: 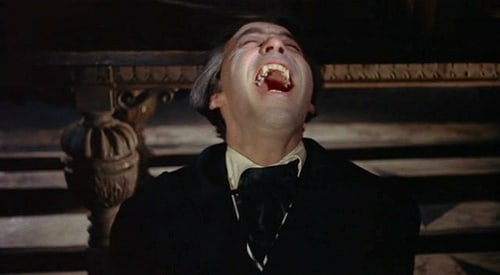 What more can be said about this film than hasn't already been said? Christopher Lee is the best Dracula and Peter Cushing is the best Van Helsing. If I had any complaint, it would be that Dracula isn't given a lot of screen time, but his presence is felt throughout the movie thanks to a memorable image and portrayal by Lee, who is tall and imposing. This Dracula is not a push over(not that Lugosi was either). This also has the best climax of any Hammer horror movie. Didn't know that Peter Cushing could run across a dining room table so fast, did you?
Larry Talbot's rating: 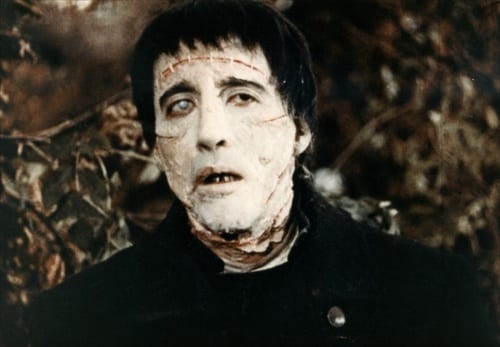 I put this one just a little bit higher than Dracula because the character of the Baron, as played by Cushing, is simply one of the greatest horror icons of all time. Praise should also be given to Christopher Lee for essentially playing two characters. At first, the monster is savage and evil, but after surgery, Lee plays him as a pathetic wretch. That stumble that he does when Frankenstein commands him to sit down is some amazing pantomime. You really get a feeling that at that point, he's not all there, and has very limited control of his motor functions. The roll would have been wasted on a less gifted actor as Lee takes what could have been a thankless roll and adds so much to it.
Larry Talbot's rating: 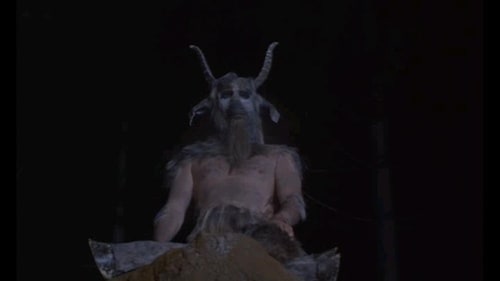 This time Christopher Lee gets to play the hero for a change. With a script by Richard Matheson and masterful direction by Terrence Fisher, this is one of the more frightening entries in the Hammer horror library. I love how it's grounded in reality and the supernatural slowly trickles in. The scene where our heroes are safe within the circle while evil forces try to get in makes for some tense moments.
Larry Talbot's rating:

It's no secret that I am in love with Hammer's house of horrors. They revived the genre in the 50's, defined horror in the 60's, and made a ton of wonderful drive in films in the 70's. Hammer also revived the classic monsters, dusted them off, and told amazing and thoughtful retellings. The films of Terrence Fisher are especially amazing, but since I have to choose ten...

Top War Movies from The Former Yugoslavia by Phil_Sump

Watched In June 2014 by Hootsaidtheowl

Best of Horror Subgenres by punishernoir

My 25 favorite directors by Larry Talbot