So many film releases these days unfortunately eschew coveted labels like "manly" or "badass," content to be safe PG-13 blockbusters which pussify great actors or squander a great premise. But then there are the diamonds in the rough, the movies which legitimately respect and uphold mandom, and it's our civic duty as MEN to love and support those movies.

Here are 10 manly classics that you may or may not have seen during 2015!
Sort by: Showing 10 items
Decade: Rating: List Type: 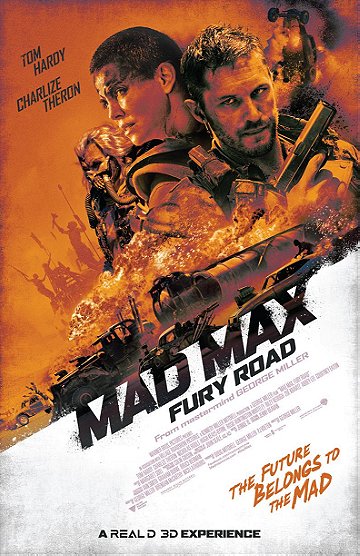 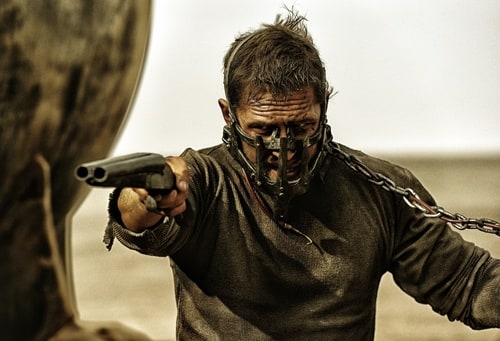 I could write about Mad Max: Fury Road all day and it still would not get close to doing this magnificent movie justice. In fact, I have already penned a full review and dedicated an entire list to pointing out why it fucking rules, but here I am again.

Fury Road is a unique brand of manly movie. It's definitely manly, yet it also allows some females to share the spotlight. It's critical to note that a manly movie does not always mean a badass male running around acting as a one-man army; females can still kick butt, just as long as the movies adheres to the principles of cinematic mandom. In this case, Fury Road is an R-rated movie with plenty of violence and the most insane action scenes you will ever see, with a sense of viciousness pervading the material. Epic deaths are included, while the cars look epically awesome - there's real fury to the movie that we scarcely see.

We have never seen anything like this before, and it's doubtful we'll ever see anything like it again. It's the best movie of 2015, and the manliest. 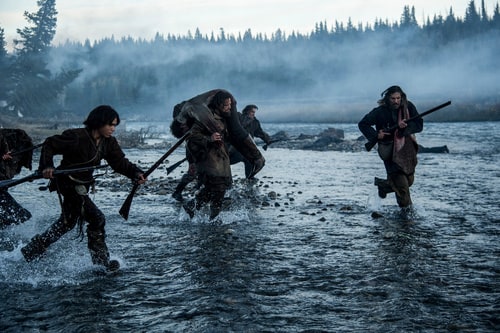 "I ain't afraid to die anymore. I'd done it already."

Witnessing The Revenant on the big screen is phenomenal. Here's a movie bolstered by gorgeous photography and immersive sound design which feels authentic all the way through to its core, with combat sequences that are enormously visceral, and actors that perform to the very best of their abilities. It's manly as all hell, a survivalist thriller and a frontier revenge western rolled into one, amplified by savage violence and an uncompromising sense of realism.

I was blown away by The Revenant. Believe the hype. 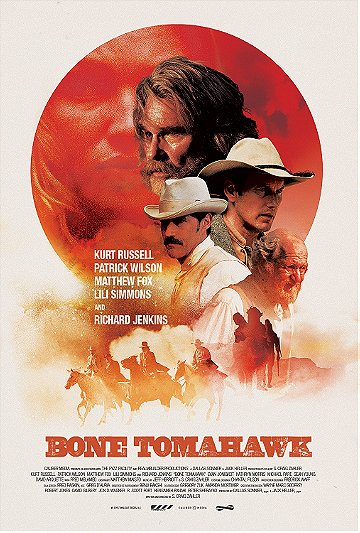 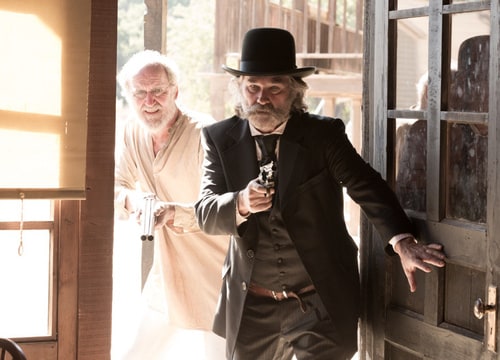 "Say goodbye to my wife. I'll say hello to yours."

We all love a good manly western. Last year we had the insanely fucking badass The Salvation which starred Hannibal Fucking Lector himself dishing out righteous justice, and this year we have Bone Tomahawk, which is a different brand of flick, though it is still insanely satisfying. I've already penned a nice fat review which details why this is a great movie, but we're here to talk about why this sucker is masculine.

Manly man Kurt Russell leads the ensemble here, in his first western since 1993's manly classic Tombstone, and he hasn't missed a beat. Just take a look at that fucking moustache. The supporting players are not quite as masculine, but damn they are talented nevertheless. Also, take a look at that poster, with its retro overtones - it would not look out of place on display in a cinema lobby back in the '70s. And indeed, Bone Tomahawk plays out like a '70s movie, with short bursts of controlled violence surrounded by plenty of character development and meditative dialogue. Testosterone is rampant as the main players banter.

The western is inherent manly, but this film also does a nice job of serving up badass justice in the final act. And it doesn't come off as cheap or easy, with the characters putting in blood, sweat and tears to kill the savage troglodytes. One moment involving Russell, an axe, and a troglodyte piss-ant had me cheering. This is indeed a movie for men. 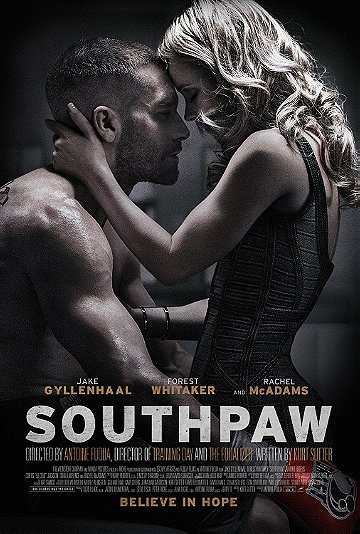 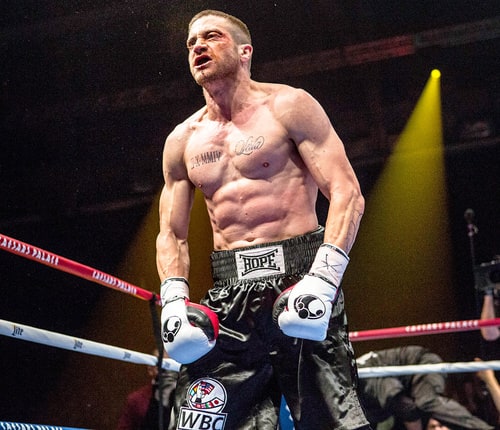 "Go southpaw. Go southpaw on his ass. You got to go out there and you... beat his ass!"

Just the above photo of Jake Gyllenhaal is enough to warrant this movie's place among the manliest movies of 2015. Here's a good old-fashioned sports movie, essentially an R-rated Rocky, with boxing scenes that are bursting at the seams with testosterone. Indeed, director Antoine Fuqua refuses to pull any punches with his depiction of boxing violence, and he imbues the movie with themes of redemption and an underlying relationship between father and daughter. Manly. 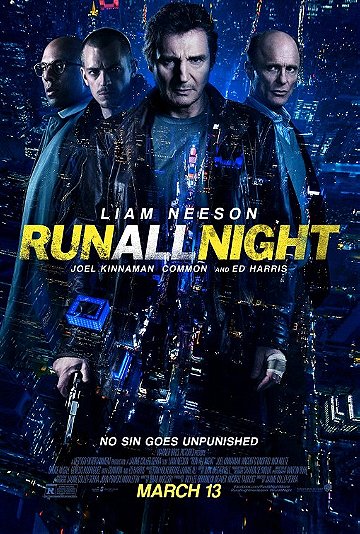 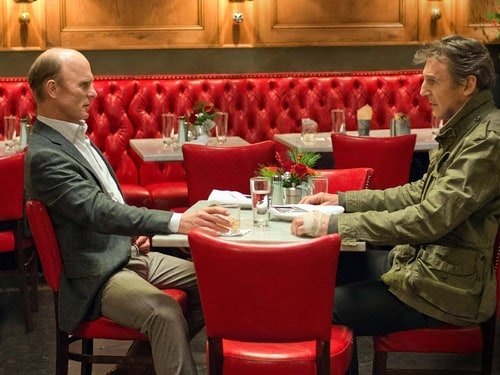 "I'm the only one ever cared about you. And all of that ended an hour ago when you killed my son. I'm comin' after your boy with everything I got."

Throwing masculine behemoths Liam Neeson and Ed Harris together in a movie really is a recipe for manly cinematic gold no matter which way you slice it, and I'm happy to report that Run All Night is a pretty damn good action-thriller. Boasting an R rating, this is a manly movie with salty language, smoking, brutal violence, intense action scenes, and even a nice reluctant father/son dynamic that's superior to the effort seen in A Good Day to Die Hard. 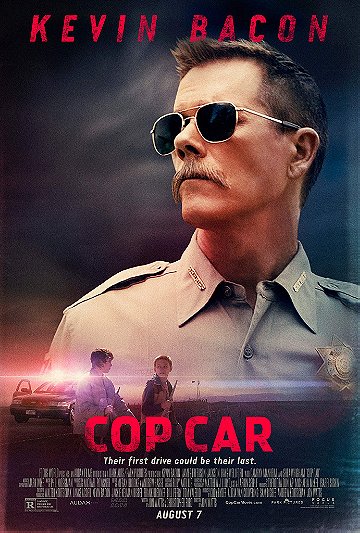 "Boys I know you can hear me. You are in a whole lot of trouble."

Cop Car is not a manly movie in the prototypical sense. It's not a manly action movie full of salty language and bloodshed. Although it does climax with a loud, impressive, violent shootout (which is amazing, by the way), that is not the meat & potatoes of this movie. Rather, the heart of the flick is a coming-of-age story, in the same sort of style as Stand By Me, with two impressionable boys that are easy to sympathise with. The two central characters feel real - I certainly saw shades of myself in them - and that's what makes it manly. Add to this a hammy performance from Mr. Kevin Bacon, who sports a fucking badass '70s porn moustache, and the aforementioned shootout, and it's a movie that men will appreciate. 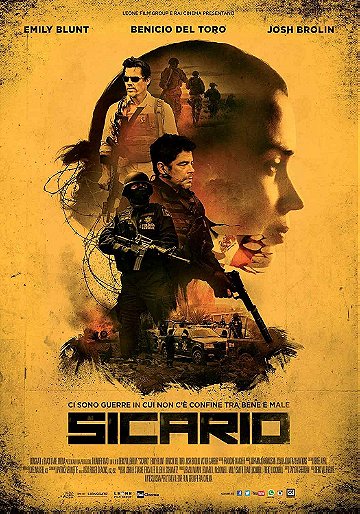 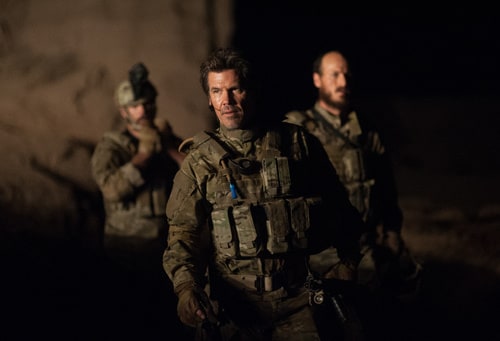 "You are not a wolf, and this is a land of wolves now."

Sicario does have a female lead character, but that doesn't mean that this is a feminist movie. Not by any stretch. Emily Blunt may be the protagonist of the piece, but she's surrounded by an exceptional cast of masculine performers, with Josh Brolin and a standout Benicio del Toro, and it has some of the most hard-hitting action scenes of the year. Though it's hard to classify this as an out-and-out actioner, it does have riveting scenes of gunplay, and it's all in the service of layered, mature storytelling. Sicario pulls absolutely no punches, and an extended scene of confrontation towards the end involving del Toro is one of the most masterful set-pieces of the year. It's all beautifully shot by Roger Deakins, as well, elevating the flick into the stratosphere. 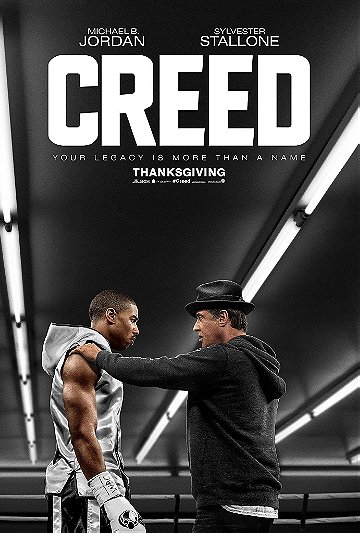 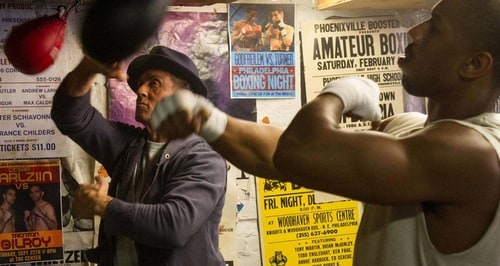 "Time takes everybody out; time's undefeated."

Creed is a masculine movie for men. It's a movie for which men will shamelessly cry masculine tears and ask for seconds. Rocky may be a PG boxing franchise, yet it encapsulates manly values, and Sly Stallone's Rocky Balboa role is the very definition of what a man should be - humble, honest, hard-working, disciplined, yet flawed. Creed introduces a new title character who's easy to latch onto, and his story is highly involving. I loved this movie, and I look forward to watching it again & again for many years to come. 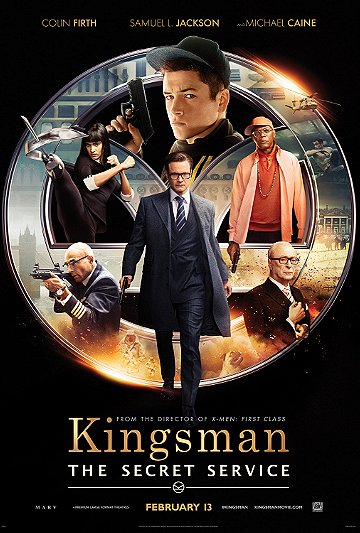 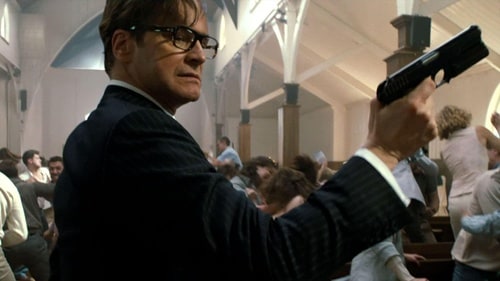 ""Manners maketh man." Do you know what that means?"

And my word, can we discuss that church scene? Talk about one of the most relentlessly enjoyable and viciously violent action set-pieces you will have seen in 2015. It underscores that this is not a kids movie, but rather a film for adults. Manly. 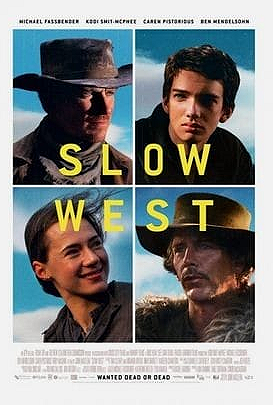 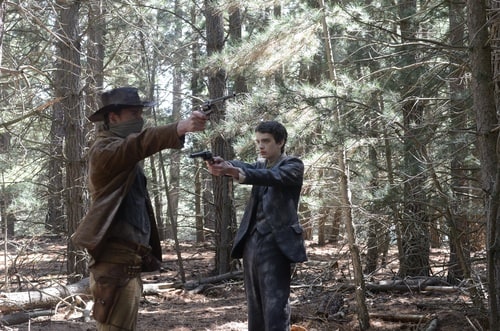 "That kid was a wonder. He saw things differently. To him, we were in a land of hope and good will."

Westerns have become a reliably manly genre of late, though this is a different animal to Bone Tomahawk. This is a taut, involving little arthouse picture, with short bursts of intense violence and a selection of terrific performances. Michael Fassbender is the archetypal masculine anti-hero, while Kodi Smit-McPhee delivers a layered performance. It's all supported by gorgeous cinematography and New Zealand locations.

Schwarzenegger: Best to Worst by Cohaagen

Ten Great Movies You May Not Have Seen by wordsasbombs

Gone, but not forgotten. by Little Miss Trouble.

Movies Watched in 2015 by Rachel

From Best to Worst: The Fast and the Furious by Exclusive

That Movie Had No Right To Be That Good... by PvtCaboose91

Why Aren't These Gems More Fondly Remembered? by PvtCaboose91