On the way to your car, which is annoyingly parked a block away, you are accosted by some environmentalist trying to convince you to save the whales, but as you have no time for the salvation of aquatic animals, and less patience for whiny do-gooders, you grab the pamphlet which is practically shoved into your throat and make a point to rip it up right in front of the irritating activist, and openly littering. Once you are in your car you are lambasted with an unwelcome turn of an elderly gentleman in front of your car. After much honking, which is only making the confused grandpa, who is probably dealing with the beginnings of senility, go slower, you cross into the lane of opposite traffic to make a point of passing him, your middle finger out the window screaming about how there needs to be a maximum driving age to prevent assholes like him from getting in your way. Finally parked, and almost to your destination, you stop for a latte at the Starbucks nearby. Huge mistake. You wait over five minutes for your latte, which you specifically ordered at 172 degrees with no foam, receiving a beverage, which is clearly 168 degrees and topped with a foam mountain. Livid, you throw your drink at the barista, who is still in training, and remove two dollars from the tip jar exclaiming that people like them do not deserve the charity of others.

Everyone you’ve seen today might already suspect you are inflicted with a demonic presence, and its name is Verrine, responsible for impatience. Verrine is a prince of thrones, and is listed in the first hierarchy of demons, as explained by Sebastien Michaelis in Admirable History, with a demon classification apparently shared with him by the demon Berith during an exorcism on a nun. Praying to St Dominic may help you rid this Demon; of course it would probably help if everyone around you weren’t an idiot. 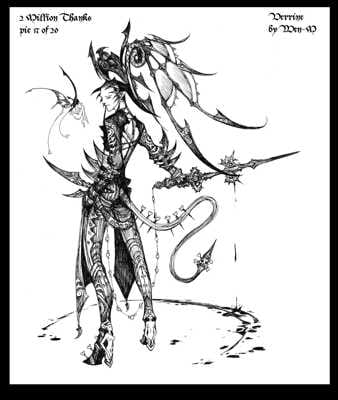 The new bartender at the place across from your office is starting to look pretty sexy, and it isn’t just the alcohol. You find yourself tipping this bartender extra cash with a wink and a seductive smile, hoping for a chance to really do a number on them in the bathroom. The problem is, you are married, or at least involved. Images of the bartender scantily clad plague your entire afternoons, and sometimes leaking into the evening with strange fantasies of you, the bartender, and a collection of Russian nesting dolls. These strange sexual desires and your near demise by the overpowering nature of your own lust is easily pinned on Asmodeus, the patron demon of that lethal sin.

Keep your pants on, however, for those who fall for the seduction of Asmodeus spend eternity banished to the second level of hell. He is King of hell, and responsible for Lust of the seven deadly sins, his power strongest in November. He can easily be shooed away by the smell generated from placing a fish’s heart and liver on burning cinders, as proven in the Book of Tobit. 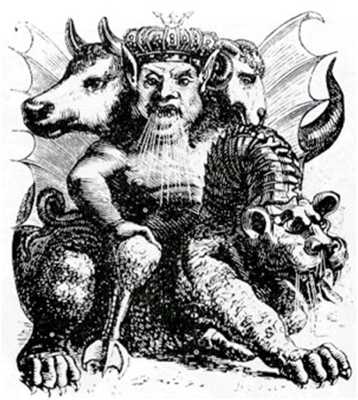 You know you are battling Beezelbub when, after your third trip up to the all you can eat buffet, returning to a table of full friends with an equally full plate of food, you can’t help but think about how great it will be to go get a triple banana split with whipped cream and nuts when you’re finished feasting on your macaroni and cheese covered chicken leg. After all of this, you probably still don’t realize why it’s impossible for you to lose weight. Pregnancy is possible, but more likely is the presence of the patron demon of gluttony feasting on your soul.
And you should be flattered. Beezelbub is a big deal demon. In fact, he is one of the three most prominent and powerful of the fallen angels, next to only Satan and Leviathan, and made strong showing during the Salem witch trials. But, when he’s not causing jealous murders and enticing war, he’s making you eat more Cheetos with your Denny’s Grand Slam. 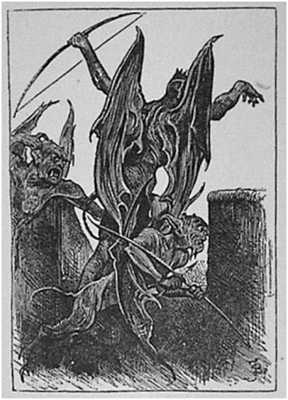 You are in one of those relationships. You know, the one where you are absolutely so passionately in love, but no one can spend even five minutes with the two of you because you fight incessantly over everything. First, it was deciding where to eat lunch, then it was deciding where to put the cello when you two moved in together, you eat too fast, they talk too loud, you spend too much time with your friends, they leave food in the sink. The petty quarrels and disharmony are never ending. Everyone tells you that the two of you need to break up, which you just cannot understand because you love them so much, even if he or she may sometimes inch you towards committing homicide. The truth is, your relationship needs a good old-fashioned exorcism.

Pruflas, as told by the demonology of Johann Weyer in Pseudomonarchia Daemonum, is a Duke of Hell with 26 legions of demons under his rule. He promotes discord, quarrels and falsehood. Bear in mind, the infidelities and lies cannot be blamed on either party, its Pruflas’ fault. 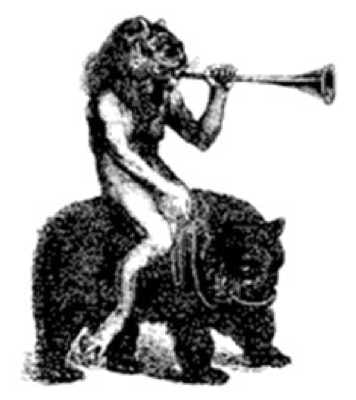 Sitri makes men and women reveal themselves naked, and mockingly reveals the secrets of women. Sitri’s presence is found lurking in most fraternities and sorority houses around America, and his power is particularly strong in Daytona Beach around Spring Break, especially if Girls Gone Wild is in town. For those who commonly make a public mockery of himself, or herself, when inebriation is involved, or every girl who has taken a walk of shame after an embarrassing one night stand, it may be comforting to know you have someone to blame besides your own poor life choices.

In The Lesser Key of Solomon, he is a great prince of Hell, reigning over 60 legions of demons. A good remedy for Sitri’s possession is leaving the house wearing plenty of layers and abstaining from alcohol. 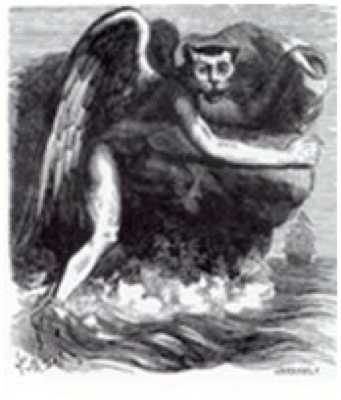 You have real particular problems if the night demon Ose possesses you, in that you will truly believe you are a King, Pope or creature. Most people would label this sort of behavior as insanity, which is exactly what Ose plans to keep his cover. Others just believe the game, which is exactly why Ose seems to have a pretty strong hold on many political figures, and probably some of your former bosses.

Ose is a president of Hell and rules thirty legions of demons. If you do have a problem with this demon you most likely don’t know it, as he even transforms the thoughts of inflicted mortals to believe they are the shape he chooses, but I would say it is a pretty good bet if you are a ferret using the Internet. 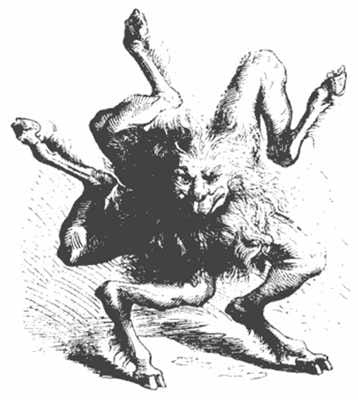 After waking up at 11:30, to lazilyto walk to the kitchen for a bowl of cereal, you flip open the laptop at your bedside and order breakfast for delivery on Grubhub. Awaiting delivery, you proceed to watch Grey’s Anatomy on Hulu, only to be disturbed by the delivery of your Chinese food. As you continue to watch the doctors of Seattle Grace for the next seven hours, grazing at your General Tsao’s chicken, you can’t help but imagine if you were on staff there, you would definitely be labeled as Dr. McHottiepants, and verify it to yourself by a giving a long and loving glance to the compact mirror by your bedside. When six o’clock rolls around and the day is over, you tell yourself that was a perfectly appropriate way to spend your day, since you’ve been working so hard lately, and barely get a chance to rest. You wake up the next day and do the same thing, only this time with Dexter.

If you’ve found yourself in this situation before, you are most likely being plagued by the demon Astaroth, who provokes laziness, vanity and rationalization. He does, however, give power over serpents, which is good news for the slovenly owners of boa constrictors. Best remedy to an Astaroth infection is a solid helping of prayer to his arch nemesis St Bartholomew, who will teach how not to succumb to Astaroth’s temptations. 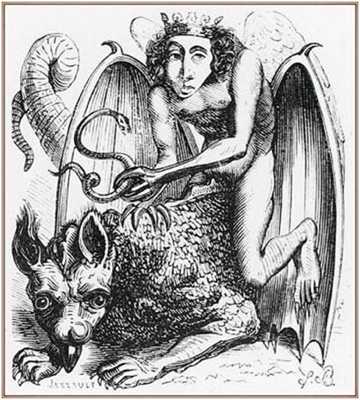 It’s 9 am and you are walking into your business meeting with a fresh cup of coffee from the break room. The room is still bustling with the conversations of your peers, which you would engage in if you hadn’t just started last week and were still acquainting yourself with folks around the office. You sit down, and just as the fervor of communication dies down to near silent, you spill hot coffee all over your new suit and yell out a loud and audible #*$@! You look up and are met with dead silence, and disgust in the eyes of your new workmates at your lack of professionalism. You want nothing more than to run right out of the room, but your feet are frozen to the floor. Fortunately, you can tell them all you are battling with the demon Agares, and that should make it all okay.

Agares is a grand duke of Hell and presides over 31 legions of demons. He particularly enjoys destroying dignities, teaching foul language, and makes those who run stand still. Agares can also cause earthquakes. Surprising that, with such power, he took the time to ruin your morning meeting and your chances of upward mobility. 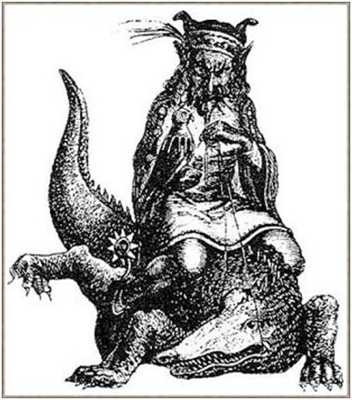 If you have ever taken a vacation and had trouble finding your hotel, car, map, anxiety medication or the rest of your family, you’ve probably had an encounter or two with Ardad, the demon who leads travelers astray. Ardad is not that powerful of a demon, which is why his job is seducing, a behavior that most mortals have no trouble doing on their own. He most often possesses men into being adamantly against asking for directions, and responsible for GPS malfunction in major cities. 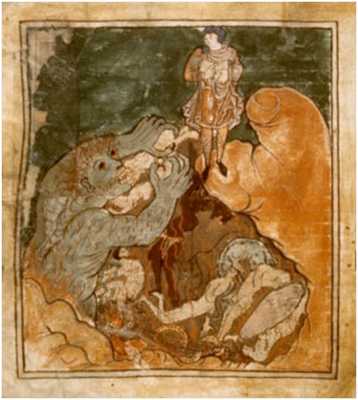 Prepare to die! by PolarCow

Some things I love about cinema by Mr. Saturn

Dark Movies: No Cure For Depression by smalltux

My Own World... by Villiana

Alcatraz Island and its many uses by FG93

Top 6 Celebrities Found Dead In A Bathroom by Katherine Fall

Creatures Of The Night by Katherine Fall