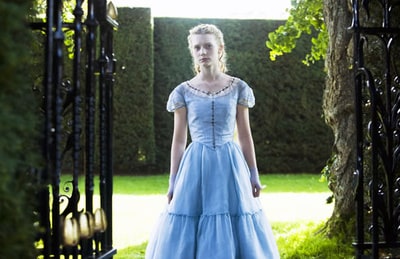 An upcoming film, an adaptation of the Lewis Carroll novels Alice's Adventures in Wonderland and Through the Looking-Glass. The film will use a technique combining live action, motion capture technology, and stop motion. Distributed by Walt Disney Pictures.

Plot: Alice, now 19 years old, attends a party at a Victorian estate only to find she is about to be proposed to in front of hundreds of snooty society types. She runs off, following the White Rabbit into a hole and ending up in Wonderland, a place she visited 10 years before, yet doesn't remember.

7
9
An upcoming animated film directed by Shane Acker and distributed by Focus Features.

Plot: 9 takes place in an alternate version of our world, in which the very legacy of humanity is threatened by machines. The machines, built by a scientist to help the world recover from a previous war, rebelled and began to manufacture an army to wipe out humanity. So the same scientist creates a group of sentient rag dolls. These rag dolls live a post-apocalyptic existence and one day they find 9, one of their own. 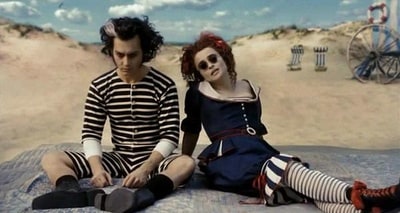 Plot: An English barber who murders his customers with a straight razor and, with the help of his accomplice, Mrs. Lovett, turns their remains into meat pies. 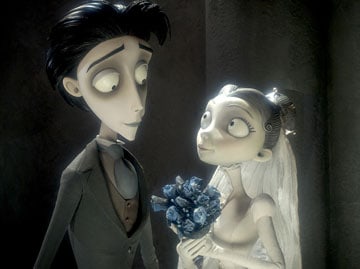 A 77 minutes stop-motion fantasy film, based on a 19th century Russian-Jewish folktale. Distributed by Warner Bros. Nominated for Oscar. Another 5 wins and 15 nominations.

Working as: Director, writer and producer.

Plot: Victor is to marry a woman named Victoria. But he jumbles his vows and goes into the woods to practice, but when he finally gets it right a Corpse Bride drags him to the Land of the Dead. 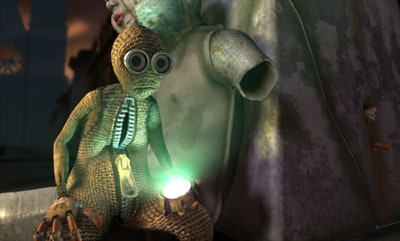 Plot: A rag doll fights a monster that has been stealing the souls of his people.
☂*'s rating: 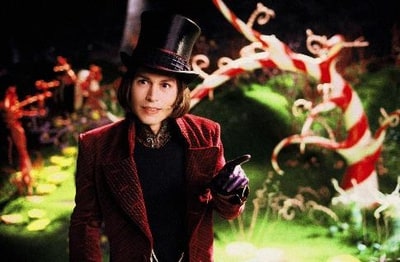 A 115 minutes fantasy film also an adaptation of the 1964 book of the same name by Roald Dahl. Distributed by Warner Bros. Nominated for Oscar, another 9 wins and 31 nominations.

Plot: A young boy, Charlie, winning a tour through the most magnificent chocolate factory in the world, led by an eccentric candy maker, Willy Wonka.

A 125 minutes fantasy film, based on Big Fish: A Novel of Mythic Proportions by Daniel Wallace. Distributed by Columbia Pictures. Nominated for Oscar, another 32 nominations.

Plot: The story of a son attempting to learn information from his dying father and rekindle their estranged relationship.

Plot: The story of astronaut Leo Davidson landing on a planet inhabited by intelligent humanoid apes. The apes treat humans as slaves, but with the help of a female ape named Ari, Leo starts a rebellion.

7.1
The World of Stainboy (2000)
A series of flash animation shorts animated by Flinch Studios. Based on the book The Melancholy Death of Oyster Boy, also created and illustrated by Tim Burton. Each of the six episodes is under five minutes in length. 1 nomination.

Working as: Director, writer and producer. 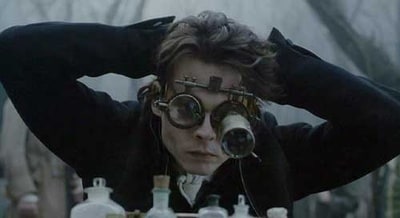 A 105 minutes film, based on the Washington Irving story The Legend of Sleepy Hollow. Distributed by Paramount Pictures. Won Oscar, another 21 wins and 28 nominations.

Plot: The story centers on police constable Ichabod Crane sent from New York City to investigate a series of murders in the village Sleepy Hollow by a mysterious Headless Horseman.

6.7
James and the Giant Peach 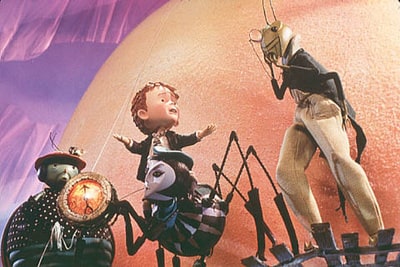 A 84 minutes musical fantasy film, uses a combination of live action and stop-motion, directed by Henry Selick, based on the 1961 novel of the same name by Roald Dahl. Distributed by Buena Vista Pictures and Guild Film Distribution. Nominated for Oscar, another 3 wins and 3 nominations.

Plot: James finds lives with his two aunts, Spiker and Sponge, after his parents are killed by a rhinoceros. Life with his aunts is hard and he dreams of a better place, specifically New York City, so he goes after New York on a giant peach.

6.3
Mars Attacks! (1996)
A 106 minutes film, based on the cult trading card series of the same name. The film uses elements of black comedy, surreal humour and political satire, and is also a parody of multiple science fiction B-movies. Distributed by Warner Bros. 2 wins and 13 nominations.

Working as: Producer and director.

Plot: Martians decide to attack earth and devastate everything and everal groups of people must try to survive. 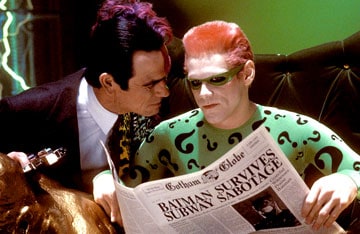 A 122 minutes film and the third in the Batman film series. Distributed by Warner Bros. Nominated for 3 Oscars, another 7 wins and 16 nominations.

Plot: Batman is trying to stop Two-Face and the Riddler in their villainous scheme to drain information from all the brains in Gotham City. Batman gains alliance from psychiatrist Dr. Chase Meridian and adopted sidekick Robin. 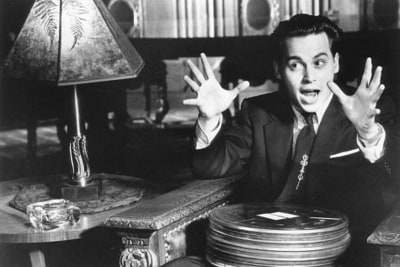 Plot: The film concerns the period in Wood's life when he made his best-known films as well as his relationship with actor Béla Lugosi.

5.4
Cabin Boy (1994)
A 80 minutes film. The project was originally to be directed by Tim Burton. Distributed by Touchstone Pictures. 1 nomination.

7.9
The Nightmare Before Christmas
A 76 minutes stop-motion film, directed by Henry Selick. Distributed by Touchstone Pictures in 1993 and Walt Disney Pictures: Disney Digital 3-D. Nominated for Oscar, another 4 wins and 6 nominations.

Working as: Producer and writer.

Plot: Jack Skellington has grown tired of the same routine year after year. Wandering in the forest outside the town center, he accidentally opens a portal to "Christmas Town". Impressed by the feeling and style of Christmas, Jack presents his findings and his understanding of the holiday to the Halloween Town residents. 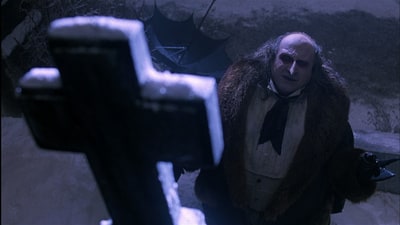 Plot: Beneath the city in the sewers, another villain emerges, the Penguin, Catwoman also emerges with her own agenda in mind. 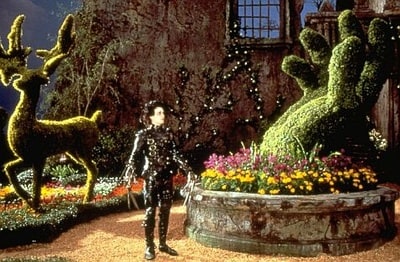 Working as: Director, producer and writer.

Plot: An artificial man named Edward, an unfinished creation, who has scissors for hands. Edward is taken in by a suburban family and falls in love with their teenage daughter Kim.

7.5
Batman (1989)
A superhero film based on the DC Comics with 126 minutes of running time. Distributed by Warner Bros. Won Oscar, another 7 wins and 16 nominations.

Plot: A dark knight known as Batman helps to keep the Gotham City's citizens safe. When Jack Napier is transformed into the Joker, Batman has to stop him before it is too late. 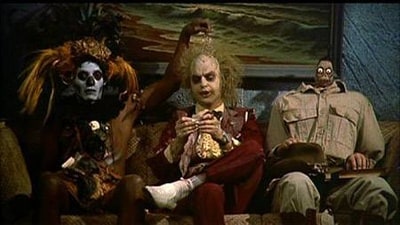 A comedy horror with 92 minutes of running time. Produced by The Geffen Film Company and distributed by Warner Bros. Won Oscar, another 6 wins and 8 nominations.

Plot: A young couple whose premature deaths take them on a series of wildly bizarre afterlife exploits. 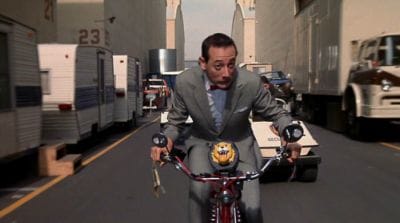 Plot: Eccentric man-child Pee-Wee Herman embarks on the big adventure of his life across the US mainland. 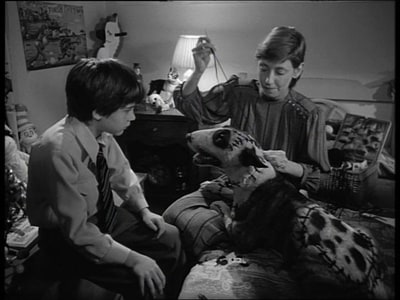 A 29 minutes black and white film. The movie is a homage to the 1931 film Frankenstein based on Mary Shelley's book of the same name. Nominated for Saturn Award (Best Genre Video Release).

Working as: Director, storyboard artist and written by him and Leonard Ripps.

Plot: A young boy, Victor Frankenstein, has his dog, Sparky, hit by a car. Victor learns at school about electrical impulses in muscles and decides to bring his pet back to life. 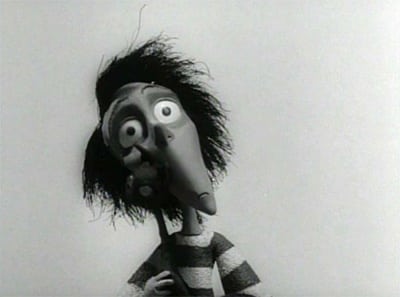 A 6 minutes black and white stop motion film based around a poem written and designed by Burton. Vincent is Burton's first short. Won an award.

Plot: The story of Vincent Malloy, who dreams of being just like Vincent Price and he is obsessed with the tales of Edgar Allan Poe.

4.7
Doctor of Doom
A short black and white animated film.

Books:
- The Melancholy Death of Oyster Boy & Other Stories
- Burton on Burton

Best of MY Arnold Schwarzenegger Films by Zapani

Directed by Aki Kaurismäki by Ville

Music for feelings by edwardsheroin

My thoughts on a few Stephen King books. by rumbuddyboo

movies i've watched at school by ☂*