Superman and Lois' return to idyllic Smallville is set to be upended by mysterious strangers.

When adjusting to their new lives in Smallville, Lois and Clark makes an important decision concerning one of their sons; tensions begin to rise between Lois and Morgan Edge; Lana Lang Cushing invites the Kent family over for a barbecue.

1x03 - The Perks of Not Being a Wallflower

Superman and Lois' return to idyllic Smallville is set to be upended by mysterious strangers.

Lois keeps probing into Morgan's involvement with Smallville. Meanwhile, Sam tells Clark to choose between being a superhero and a father.

As HarvestFest in Smallville arrives, Luthor approaches Lois while the missing Derek reappears with more than he left with.

Clark struggles to help Jordan who is grappling with a new power; Lois enlists Clark's help which leads to a surprise encounter.

Clark encourages Lois to reach out for help after noticing her reaching a breaking point. Meanwhile, Jonathan finds himself in a dangerous situation. Lastly, Kyle encourages Sarah to audition for the musical revue at school.

Lois, Chrissy and Clark team up to piece together the significance of Smallville to Morgan Edge.

Lana reaches out to Lois and Clark when Kyle starts behaving strangely; Jonathan opens up to Jordan; Sarah storms out after accusing her mom of always covering for her dad. 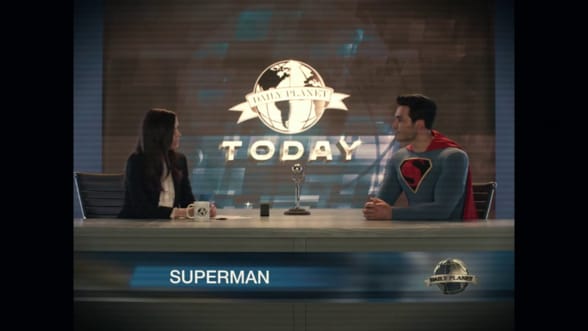 1x12 - Through the Valley of Death

Lois and John Henry can't seem to agree on the best way to stop Morgan Edge; Jonathan encourages Jordan to focus on strengthening his powers to help locate their dad; an old friend is brought in to help with the search.

Superman pays a visit to Morgan Edge; Lois and Chrissy work together on a story; Jonathan finds a welcome distraction during a stressful school day.

Lois is worried about Jordan as he and Sarah continue to grow closer; Clark pays Lana a visit; Jonathan has been spending more and more time with John Henry.

"When we were dreaming about having a family, it didn't look like this, did it? Didn't have lost jobs or... teens with severe anxiety or..."
"Parents gone too soon. No one ever dreams about the problems, but every life has them. Even the extraordinary ones."
—Clark Kent and Lois Lane.

My Reviews on Zack Snyder's Work by DuckNation

Favorite Actresses and Their Best Roles by DrStrangeblog

Watched in 2014 (March-April) by DuckNation

The Walking Dead - Season 2 by jordanwiles94

The Walking Dead - Season 3 by jordanwiles94

Legends of Tomorrow - The Complete Fourth Season by jordanwiles94

The Walking Dead - Season 8 by jordanwiles94

The Walking Dead - Season 9 by jordanwiles94