The ones I played, ranked

0
Sonic & Knuckles - Sega Genesis and Mega Drive
Good levels, although it seems shorter than its counterpart Sonic 3. It's very similar, but adds Knuckles as a playable character. Sonic 3 & Knuckles really it's better than them separated, though.
Paulo Júnior's rating:

0
Sonic the Hedgehog - Sega Genesis and Mega Drive
This is definitely something special and unique. It also does challenge right, where all the sequels are a bit too easy.
Paulo Júnior's rating:

0
Sonic the Hedgehog 2 - Sega Genesis and Mega Drive
Although it's good, I don't think it's as special as the ones above. Compared to the first, it added more variety (there are more stages, with only two acts each), the spindash and Super Sonic as an unlockable.
Paulo Júnior's rating:

0
Sonic Mania - PC Games
Very good and surprising and probably as good as Sonic 2. What it brought to the franchise is the drop-dash.
Paulo Júnior's rating:

0
Sonic Adventure - Sega Dreamcast
It's a good game, but not great. The Adventure Fields are a bad idea and the excessive automation kinda started here. But at least it's full 3D without 2D parts. Best levels: Lost World, Red Mountain.
Paulo Júnior's rating:

0
Sonic Generations - PlayStation 3
A good game, but in an era where the games were even more automated (the boost formula). Generations is the best game in the boost formula. It's definitely the boost game with the most platforming, it even has platforming in 3D parts. Best levels: (the modern versions of:) Sky Sanctuary, Seaside Hill, Crisis City, Planet Wisp.
Paulo Júnior's rating:

0
Sonic Colors - Nintendo Wii
You only run in 3D and you only platform in 2D. It's more of a 2D game, but it's a good game. And unlike Generations, the levels are all new; and it doesn't pad the game with something other than good old Sonic, unlike many other 3D games. Also, the wisp powers are cool. Exception: Asteroid Coaster Act 1 - has 3D platforming.
Paulo Júnior's rating:

0
Sonic the Hedgehog 4: Episode II - Xbox 360 Live Arcade
A good follow-up to a mess. This one has great graphics and good gameplay and physics. It brought Tails back and special partnering moves. The levels are too derivative of the classics, but there are some neat gimmicks. And the homing attack and its annoying reticule should never feature in 2D Sonic games!
Paulo Júnior's rating:

0
Sonic Adventure 2 - Sega Dreamcast
I like Sonic's levels, although none of them is as good as those on the first Adventure and the only good level is Crazy Gadget. I hate that we're forced to play with the other characters and their unwanted gameplay styles.

0
Sonic Unleashed - PlayStation 3
EXTREMELY automated in the day levels (except Dragon Road) and boring God of War clone at night.

0
Sonic the Hedgehog: Triple Trouble - Game Gear
Totally exclusive to the Game Gear, this is the best of the 8-bit Sonic games.

0
Sonic Advance 3 - Game Boy Advance
This third game is based on customizable combinations of two characters where the second character changes the parameters of the first one's moves and gives it a specific special move. Though physics seem to be a bit worse than the first game. Sonic loses speed too easily and gets out of ball mode too easily.

0
Sonic Advance - Game Boy Advance
DIMPS 2D handheld Sonic games are sort of neat, but they're also in parts filled with unfair obstacles, DIMPS's level-designs are not up to the classics standards. Neither is their art style. How they use the side-characters is nice, though. And the physics are on point. This first one is certainly the most similar to the classics. It's also boring.

0
Sonic 3D Blast - Sega Genesis and Mega Drive
It's not fast. But not a bad game. The Director's Cut version released by Gamehut seems better.

0
Sonic the Hedgehog - Xbox 360
This had a lot of potential, the concept was awesome, but the execution was extremely bad.

0
Sonic Lost World - Nintendo Wii U
This seems almost good. But way too automated and with too many gameplay styles. And the parkour system is an automated way to add something that should be physics-based. Sonic didn't need a system to parkour, it should happen automatically when he's too fast. I kinda like the idea, though.

0
Sonic the Hedgehog 4: Episode I - PlayStation Network
Homing attack shouldn't feature in 2D Sonic games. Graphics are bad. Levels are too derivative of the classics. Physics are AWFUL.

0
Sonic Advance 2 - Game Boy Advance
DIMPS's level design is too automated in most games, but this practically plays itself. The excess of speed is too repetitive and simplistic. This game has a sort of boost mode you enter when you maintain speed and it's a great idea, much better than the actual boost of later games.

0
Sonic Rivals - PlayStation Portable
The Rivals games are about racing against another character to the end of the stages.

0
Sonic and the Black Knight - Nintendo Wii
An on-rails Sonic game with an arthurian legends theme.

0
Sonic Forces: Bonus Edition - PlayStation 4
This seems to be the very worst of the boost games, with an EXTREMELY automated gameplay and very bland, simple level design.

Sonic in genres other than platforming 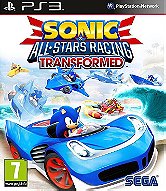 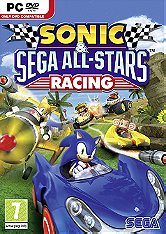 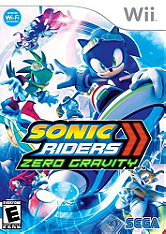 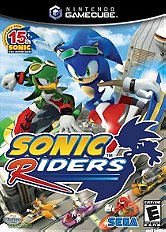 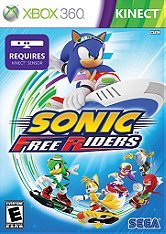 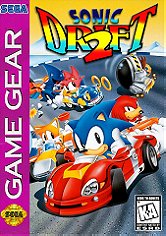 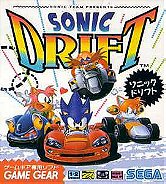 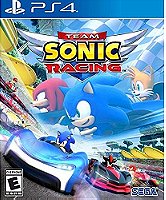 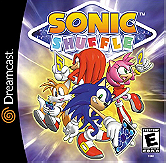 Load more items (21 more in this list)
My ranking of Sonic the Hedgehog games.

Sega Mega Drive: Elite in the Genre by Haribo

Every Nintendo console ranked by norsecode