Psychedelic Sounds of the 60s

0
Electric Music for the Mind and Body - Country Joe and the Fish
1967
Jammar's rating: 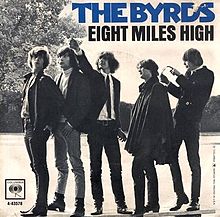 Presenting the essential, high-end artists and their music of the psychedelic era, as well as the overlooked worthwhile rarities. The movement sparked up in 1965 with a few songs such as "Norwegian Wood" (The Beatles) and "Eight Miles High" (The Byrds). This advanced to the pre-psychedelic/garage rock records in 1966 which led to the 1967 classics. In 1968 the music genre got more experimental all the way to the point where the original era of psychedelic rock drew to its end.

As a musical style psychedelic rock often contains some of the following features:

Quotes About American Cinema by Petri

My list of very favorite books by Venus Anadyomene

Things I love about films by VierasTalo

Psychedelia and Stoner Films by Jammar