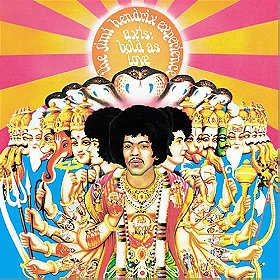 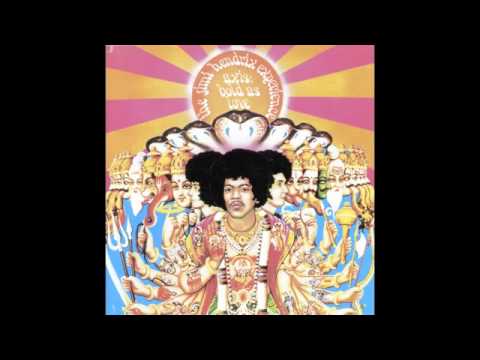 The Jimi Hendrix Experience - Up from the Skies

Jimi Hendrix Experience-'You Got Me Floatin''-1967

The album was recorded to fulfill the band's contract, which stated that they must produce two albums in 1967. Even so, it was not released in the USA until 1968 due to fears that it might have disturbed the sales of the first album.Bassist Noel Redding has noted that this was his favourite of the three Experience albums. He plays eight string bass on some tracks.

Just before the album's completion, Hendrix left the master tapes of side 1 in a taxi. They were never found again, and thus the A-side had to be mixed again quickly.

jordanwiles94 added this to a list 2 years, 4 months ago

Beans added this to a list 4 years, 8 months ago
Favourite Albums (124 music items)

JxSxPx added this to a list 5 years, 4 months ago

"Jimi Hendrix left the original finished masters for Side One in a taxi and had to mix all of the tracks again in one session. Today, Axis is Hendrix's most overlooked album. But it has some of his best writing in the mighty "If 6 Was 9" and "Spanish Castle Magic," a reflection on his boyhood in the Pacific Northwest. There was also the heavy soul of "Little Wing," which Hendrix later told a reporter he'd started writing when he was playing clubs in New York's Greenwich Village. "I don't consider"

JxSxPx added this to a list 5 years, 6 months ago
Uncut Magazine - 200 Greatest Albums Of All Time (200 music items)

"AXIS: BOLD as LOVE (1968) THE JIMI HENDRIX EXPERIENCE Review coming soon... FAV TRACKS: "Castles Made of Sand"; "Up from the Skies" "