0
Heart of the Congos - Congos

0
The Wailing Wailers - The Wailers 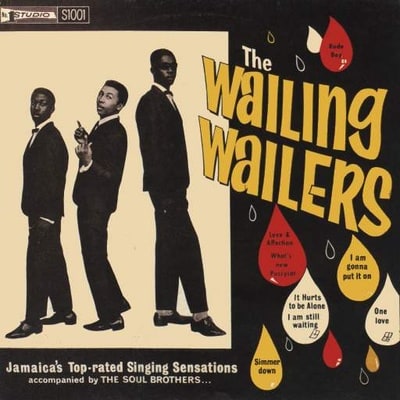 Note: on the left, you have Bunny Wailer, in the middle, Bod Marley and on the right, Peter Tosh

The History of Jamaican Music

0
Tougher Than Tough: The Story Of Jamaican Music... - Various Artists


Note: The Skatalites played initially between 1963 and 1965, and recorded many of their best known songs in the period, including "Guns of Navarone". They also played on records by Prince Buster and many other Jamaican artists who recorded during the period. They reformed in 1983 and have played together ever since.

Check the list : The History of Jamaican Music
johanlefourbe's rating:

0
Made in Japan - Deep Purple


Notes: I know the giraffe actually can't stand this song. Sorry, dude! I actually think this song is pretty cool, and you actually reminded me of it with your 30 music meme, so here you go!

0
Staring At The Sea: The Singles - The Cure
johanlefourbe's rating:

Favourite Songs (according to last.fm) by Ranzkind

Watched In Jan 2013 by Hootsaidtheowl

Horror Movies To Watch In October by BrosephInnit