In an office processing pension applications, people wait. Clerks give instructions and explanations, finding fault with each document presented. People smoke, standing in line with papers in hand. A clerk sharpens a pencil methodically. Papers are stamped, further instructions given. Someone makes tea. The clerks take their break while people wait quietly. Papers have been stacked, sorted, placed in folders, and filed - row upon row, shelf upon shelf of files. Enervation is all.

This is where Kieslowki's career begins. This documentary-like short film handles Polish society by its own way. People get frustrated with all their problems and nobody seems to care. 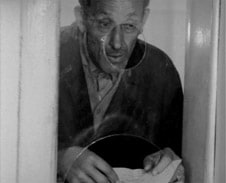 A silent film. On a winter night, a young man stands apart at a club while others dance. He leaves, running to catch a tram. He notices a young woman sitting by herself. They make eye contact. He watches her as she looks away. He busies himself and chews a sugar cube; she smiles, then closes her eyes. He wonders what to do. He reaches his stop. Has he missed a life-changing chance?

Short film again. I think this is one of those so called love stories. However, I did not sense any love here so I think this should be called as a little crush story. Easy and short. 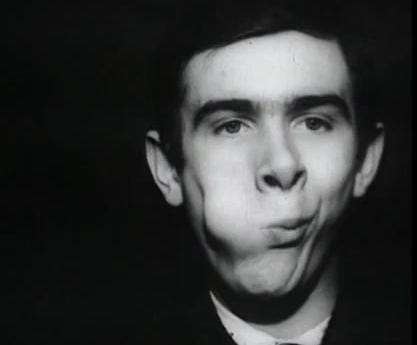 A young couple travelling by motorbike leave a lake campsite at the same time as a bus load of men. They lose the tent along the road which is picked up by the men in the bus, who offer a trade: the tent for the girl.

0
From the City of Lodz

Another writer in this one is Ryszard Zgorecki.

Director and writer.
Another writer in this one is Janusz Fastyn. 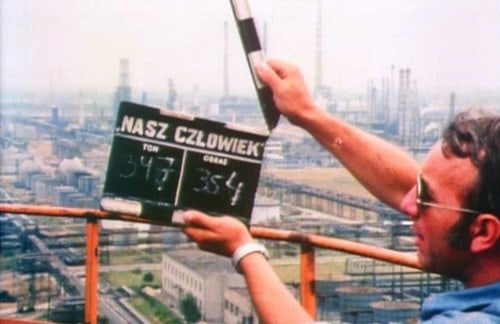 Director and writer. Another writer in this one is Romuald Karas.

1970. After discussions and dishonest negotiations, a decision is taken as to where a large new chemical factory is to be built and Bednarz, an honest Party man, is put in charge of the construction. He used to live in the small town where the factory is to be built, his wife used to be a Party activist there, and he has unpleasant memories of it. But he sets to the task in the belief that he will build a place where people will live and work well. His intentions and convictions, however, conflict with those of the townspeople who are primarily concerned with their short-term needs. Disillusioned, Bednarz gives up his post.

First feature lenght movie from Kieslowksi! And this is quite interesting one. Shows beautifully daily problems of people and worries of them. 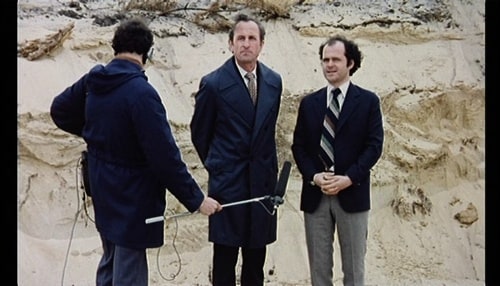 24 hours in the life of a hospital from the point of view of the doctors and nurses.

After Blizna (The Scar) Kieslowki went back to make again documentaries. Szpital isn't exception and this is quite cruel one. We can see people with different problems and doctors at their job with bloody and clumsy tools.
Kankku's rating:

Filip buys an 8mm movie camera when his first child is born. Because it's the first camera in town, he's named official photographer by the local Party boss. His horizons widen when he is sent to regional film festivals with his first works but his focus on movie making also leads to domestic strife and philosophical dilemmas.

Feature movie again. This is quite interesting one too: a film about making films. Working class man with only his little video camera becomes succesful film director. This doesn't make everyone happy but being unsuccesful seems to be impossible. I believe that it was an impossible mission for the directors in Poland to make non-political film in communist society.

You can find also Krzysztof Zanussi as an actor in this film. Try to find him yourself (which isn't that hard..)! 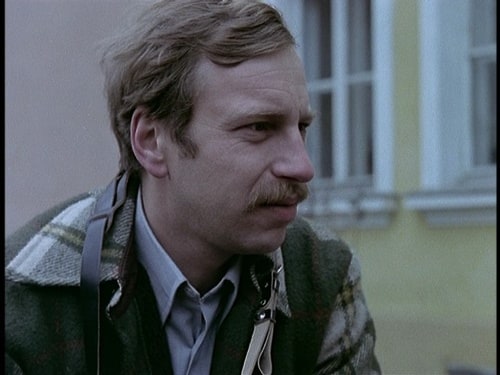 Documentary short film, which seems to be Kieslowki's favorite gengre. This film goes through hundred years of life, literally. People from several ages from 1 to hundread gets interviewed with questions like "who are you" and "when were you born". Well, always we don't get the answer we would like and sometimes we don't get answer at all. 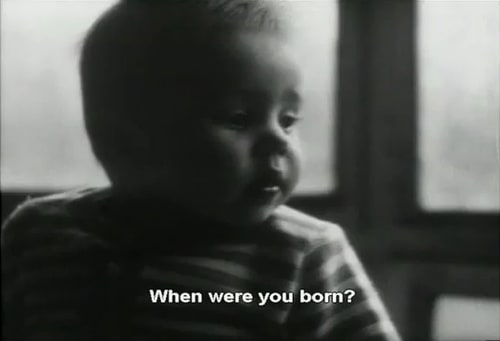 Witek runs after a train. Three variations follow on how such a seemingly banal incident could influence the rest of Witek's life. 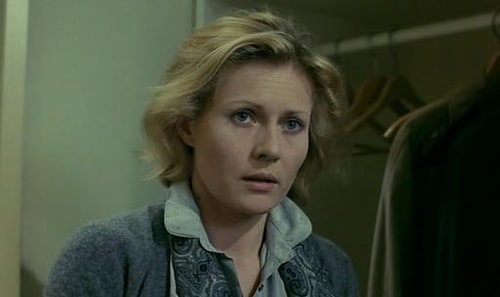 The plot couldn't be simpler or its attack on capital punishment (and the act of killing in general) more direct - a senseless, violent, almost botched murder is followed by a cold, calculated, flawlessly performed execution (both killings shown in the most graphic detail imaginable), while the murderer's idealistic young defence lawyer ends up as an unwilling accessory to the judicial murder of his client.

This film is 84 minutes long feature film but Kieslowski made also the REAL short film about this same movie. 50 minutes long version was used at the series of Dekalog.
Kankku's rating:

19-year-old Tomek whiles away his lonely life by spying on his opposite neighbour Magda through binoculars. She's an artist in her mid-thirties, and appears to have everything - not least a constant stream of men at her beck and call. But when the two finally meet, they discover that they have a lot more in common than appeared at first sight...

This film is 90 minutes long feature film but Kieslowski made also the REAL short film about this same movie. 50 minutes long version was used at the series of Dekalog. 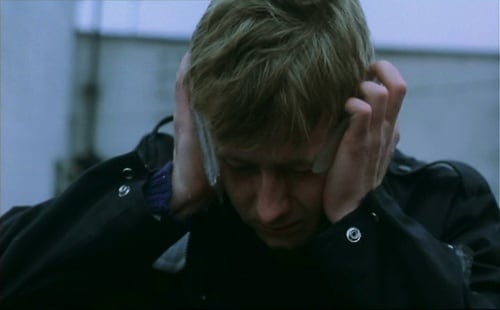 8.5
Dekalog I (1989)
This one represents whole Dekalog. It just looks better whit only one picture.

This is a series of ten shorts created for Polish Television, with plots loosely based upon the Ten Commandments, directed by Krzysztof Kieslowski. Two of these, Dekalog 5 and 6, are shorter cuts from the feature-length films--Krotki film o zabijaniu (A Short Film About Killing) and Krotki film o milosci (A Short Film About Love), respectively. They deal with the emotional turmoil suffered by humanity, when instinctual acts and societal morality conflict.

7.7
The Double Life of Véronique

Director and writer.
Also The Double Life of Véronique is written with Krzysztof Piesiewicz.

Veronika lives in Poland. Veronique lives in Paris. They don't know each other. Veronika gets a place in a music school, works hard, but collapses and dies on her first performance. At this point, Veronique's life seems to take a turn and she decides not to be a singer... 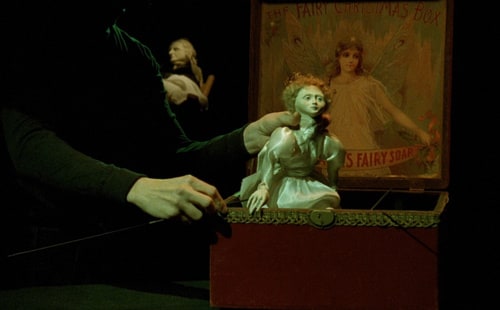 Trilogy of Three Colors is not only written by Kieslowski. Good friend of his, Krzysztof Piesiewicz, writed these films with him.

The first installment of Polish cinematic genius Krzysztof Kieslowski's Three Colors trilogy, Blue stands for liberty (in the French national motto) and is the first color of the French flag. A young Frenchwoman (Juliette Binoche) tries to uncover her famous composer husband's secret life after he dies mysteriously. Each step takes her both closer to and further from the truth as she journeys on a path ultimately leading to self-discovery. 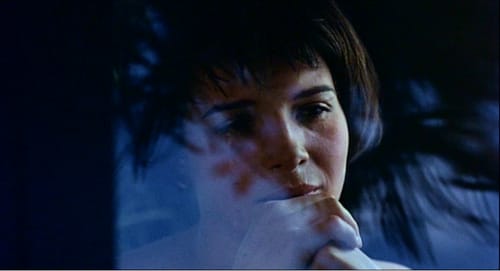 Karol (Polish) marries Domininque (French) and moves to Paris. The marriage breaks down and Dominique divorces Karol, forcing him into the life of a metro beggar and eventually back to Poland. However, he never forgets Dominique and while building a new life for himself in Warsaw he begins to plot... 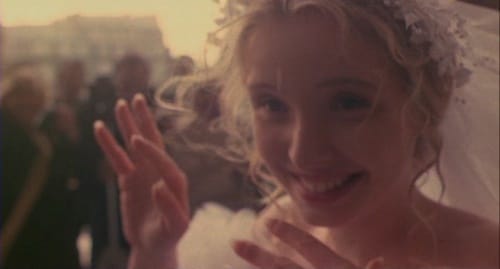 Valentine is a young model living in Geneva. Because of a dog she ran over, she meets a retired judge who spies his neighbours' phone calls, not for money but to feed his cynicism. The film is the story of relationships between some human beings, Valentine and the judge, but also other people who may not be aware of the relationship they have with Valentine or/and the old judge. Redemption, forgiveness and compassion...

As the title says, this list is about Krzysztof Kieslowski. This list includes all the films he has directed and most of them he has also writed all by himself. If there is some other writer included (which very often is Krzysztof Piesiewicz), it is mentioned. Also if there is more than one director in film, it is mentioned.


Few TV titles are missing becouse I was allowed to list only films at this one. Dekalog is an exception becouse that one is also marked here at Listal in ten parts, each part as a single short movie. So following titles are missing (linked to IMDB):
Zdjecie 1968
Przejscie podziemne 1974
Pierwsza milosc 1974
Personel 1976
Spokój 1980
Krótki dzien pracy 1981

1 votes
Filmography's (3 lists)
list by creature of the wind
Published 8 years, 2 months ago

Jesús Franco: the Filmography by Tumppi

Chan-wook Park : The Filmography by Redmist

The Evolution of Tony Leung Chiu Wai by Abhi

My Favourite Scandinavian Films by Kenji