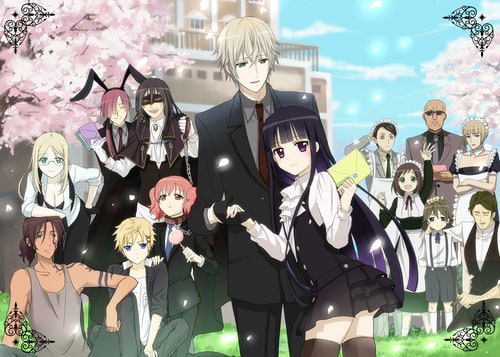 Inu x Boku SS
Ririchiyo, in hope of finally being able to live on her own, moves to a mansion for humans with demon ancestors. Every resident has a secret service agent protecting them and soon Ririchiyo meets an agent and a fox spirit named Miketsukami. 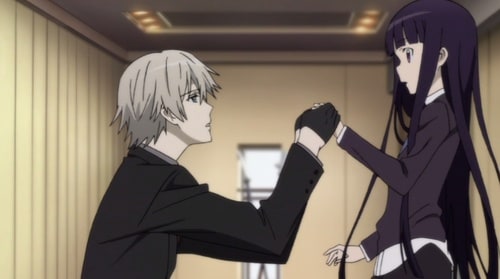 
After I saw this overly cute scene I just had to watch the whole anime, heheh

My impression
A totally lovely series, the main characters are such a lovely tag team and as they find out later, very similar persons as well. Currently my favourite anime series.

Ririchiyo, who constantly tries to cover up her true self and be more tough than she really is changes through the series from a seemingly cold and selfish person to a sweet girl that is hiding inside her. Miketsukami (a secret service agent) highly adores Ririchiyo and the overly sweet knight-alike talk is much fun to watch. Ririchiyo is so cute when she tries her best to avoid her feelings and the appreciation she has towards her very caring and sweet bodyguard. Really enjoyed the series and the ending. I'd highly recommend this anime for anyone! 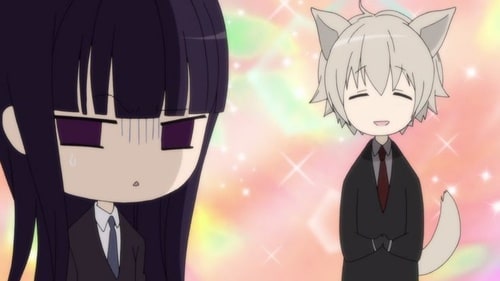 Ririchiyo, seemingly annoyed of all the attention Miketsukami gives for her 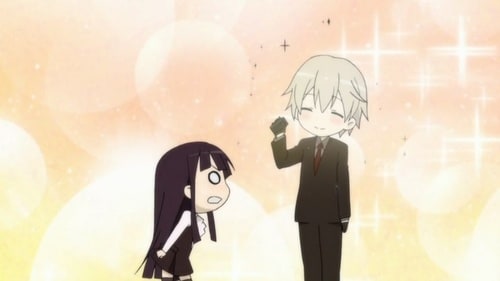 Favorite Character: Ririchiyo
Ririchiyo is a socially awkward, seemingly cold but beneath the cold surface a shy, sweet and caring girl. The way she changed through the series because of Miketsukami's influence was really touching.
Edea's rating: 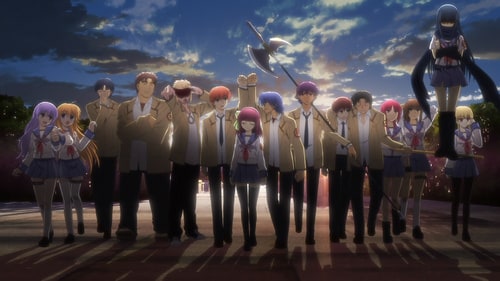 Angel Beats! is a story about humans fighting against the God in afterlife.

How did I end up watching the series?
My friend recommended this as it's his favourite series so I ended up watching it as well.

My impression
Angel Beats! doesn't really 'start' until the half-way (episode 7) which lowered my rating.

I really loved the episode 7 where Otonashi recalls the time he spent with his sister. That 5 minute flashback to his past was the best, the most emotional and a heartbreaking moment in the series. For myself it just hit hardest for some reason. After that the series finally started and my hopes also went up. 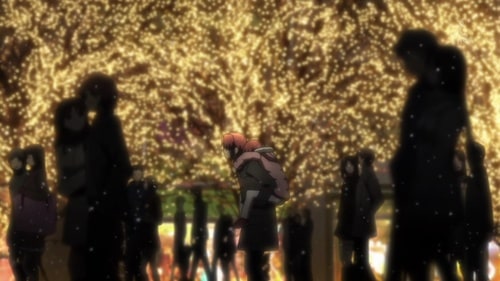 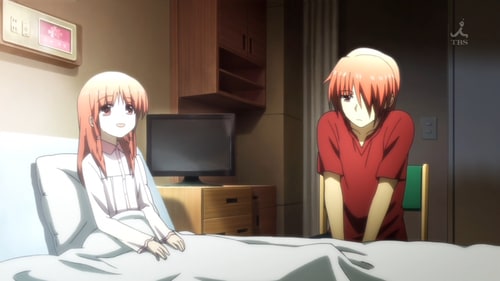 In the end it was finally revealed why Kanade was stuck in the afterlife and what kind of wish she still had to fulfill before being able to move on. It was truly surprising and a very good solution to the final big question that still was unanswered until now.

Sadly (even though I wanted to) I couldn't get myself truly hooked on the characters. Kanade never really managed to win my heart as she should have won as a main character. That made the ending lack something important. This was also one reason why I ended up giving only 8 out of 10 stars. 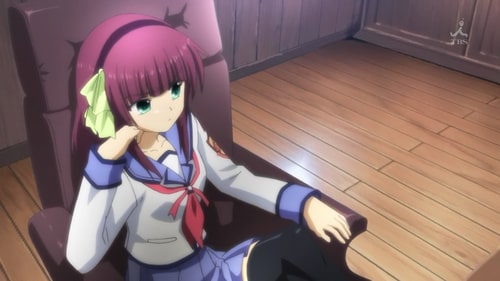 Yurippe is the leader for an afterlife resistance group

Other notes:
I liked the music in the series, especially the ending theme (check the video below), the main theme was sweet as well. There were also many good songs the band performed.


Angel Beats! ending theme 'Brave Song' is my fovourite from the series


Yui getting in trouble for acting cute

Favorite Character: Yui
Yui becomes a member of Iwasawa's band after the readjustment on episode 4. I loved how full of life she was and the way she could be a terrible nuisance yet a sweet girl.
Edea's rating: 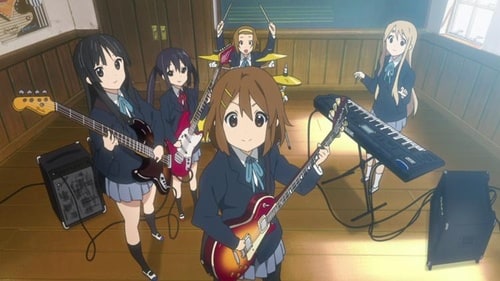 A funny and very cute styled anime about high-school girls who join the 'Light Music Club' in the hopes of saving it from getting disbanded.

During the school days most time seems to go on having fun and eating sweets despite they should actually practice on the club room ;) 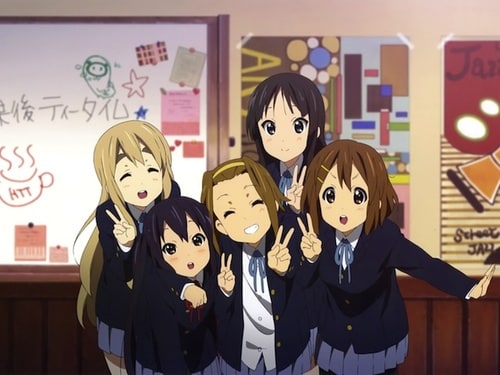 K-on! is the best anime for the moments when you just want to sit back and relax as it doesn't require too much focus on every detail of a plot like most of the animes I've watched. Because of this it's really refreshing.
Edea's rating: 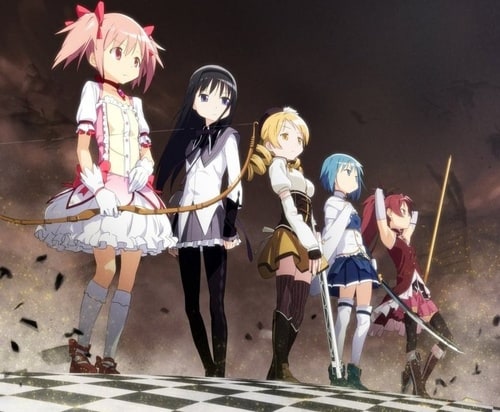 Madoka Kaname and her friend Sayaka Miki meet a magical creature 'Kyubey' who offers to grant any wish a girl desires in exchange for becoming a magical girl tasked to destroy evil witches.

My impression
The further the series goes, the more the girls start to realise the cost of a miracle and the cruel fact that a magical girl will be carrying on fighting against the witches until the end. Being able to save others can also make you forget to save yourself! 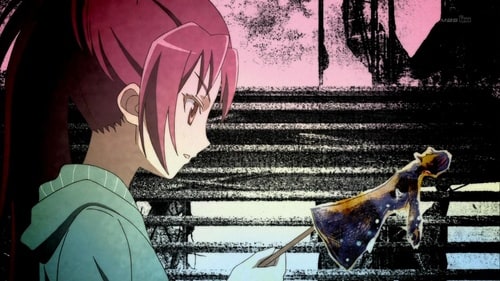 'Miracles aren't free, you know. If you wish for hope, an equal amount of despair will be rained down upon you, too. That's how everything stays in equilibrium and the world's balance doesn't get disturbed.' - Kyoko Sakura 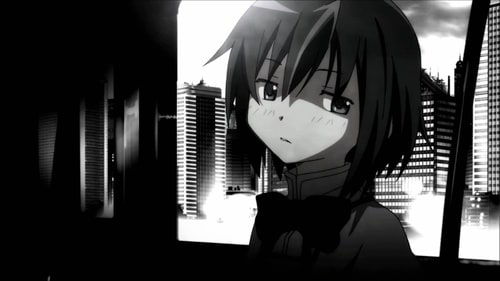 'For as much happiness as you wish on one person, you cannot help cursing someone else.' - Sayaka Miki

Music & overall feeling:
I loved the music of the series. Especially the Symposium Magarum which truly managed to capture the overall sorrowful feeling of this anime. It's also the song played on one of the most dramatic moments of the series. I'm afraid that I can say no more or I'd be spoiling one of the key moments, heheh :)

Other notes:
I ended up buying the Madoka Magica: Rebellion manga series (3 parts) and am looking forward to watch the movie as well. 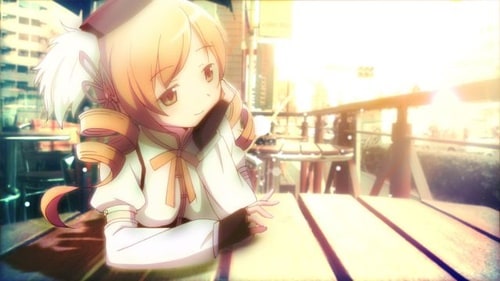 I really enjoyed the characters and their voice actors. The plot wasn't really special and the series was mostly about the girls chasing the main hero of the story. I loved every moment nevertheless.

7.5
Heaven's Lost Property
A really funny anime with an overly pervert main character. His life totally changes when an angeloid falls from the sky and starts call him a master. And that's not all of it, soon a second angeloid appears to make it even more exciting. I just kept laughing the whole time.

A bit different, refreshing, more realistic anime. As my friend said, it's a type of anime that girls especially would enjoy. The ending felt a bit like it was missing something. Enjoyed every moment nevertheless.
Edea's rating:

7.4
Okami-San and Her Seven Companions
I will write a full review after re-watching the series.
Edea's rating:

The main character reminded me of someone I know and it felt really funny. The first anime I ever watched.
Edea's rating:

Custom
List of anime series I've watched and those I want to watch :)

My Steam Account (feel free to add me if you want): steamcommunity.com/id/edealove

My Top 50 Comedies of All Time by Veed

My favorite music videos by Lia