Films i saw this month!

I still think you're hiding something!

I've always wanted to watch Chinatown as far back as i can remember. One day they showed it on TV but due to my bad hearing, i couldn't grasp of what's going on onscreen so i just switched off the TV.

Just a few months ago we bought an offer which enables us to download / surf / upload as much as we can while paying a fixed price. Sounds cool right? So far i've downloaded exact 160 movies including Chinatown!

Anyways, i finally got the chance to see this film (with subtitles of course) and the first 20 minutes are one of the best 20 minutes I've seen into any movie. I've always admired Nicholson, Polanski, Huston & Dunaway and this film is arguably everyone's most highest point. It's practically sitting on top of Mt. Everest!

A classic that will always remain a classic! 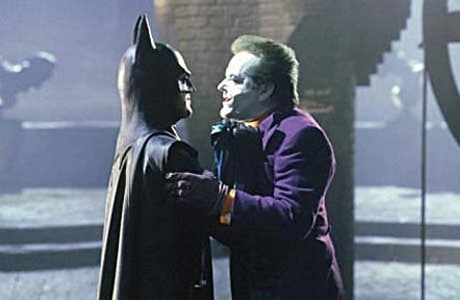 You fool. You made me remember?...

Batman may be the first entry in the successful Batman franchise but it's the last film i've seen from the series.

It's dark, it's gritty and probably the most funniest out of the series (especially the part where The Joker destroys the paintings & the part where Vicki Vale starts eating popcorn even though The Joker is pointing a gun at her).

It's also the best Batman movie story-wise. While all the others relied on tried & tested cliches, this one was rather unique (or at least that's what i believe)! 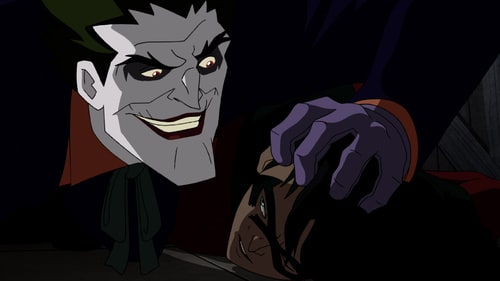 Frankly speaking, I'd expected a lot more from this film and it did deliver, but with less force!

Anyways, my feelings for this film is the same i had for Bride Of Frankenstein! Both the films were not better than their predecessors despite the fact that these 2 films are always ranked ahead and are considered superior to the previous!

The thing was that it was too predictable and it was very easy to forecast what's gonna happen at the end!

Well, sorry folks but this just wasn't my cup of tea but i highly recommend it to you all!
Happy Vader's rating: 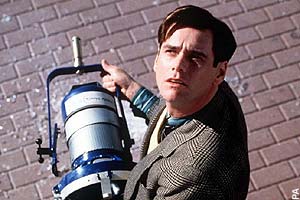 Where did this come from?

How can i just say NO! to a Jim Carrey movie? I just can't! Even if i do, i will somehow end up watching them this way or another!

I got introduced to this film in a rather strange way: Quite a while ago i was reading an article called 'The Truman Show Delusion' and how that particular film made hundreds of people paranoid worldwide! I became quite fascinated and decided to watch the film and play with my own sanity!

Well, i hooked it up and just the opening line 'Good Morning and in case if i don't see ya, Good Afternoon, Good Evening & Good Night' truly won me over. I mean, it's the way he says it! I swear i can watch that 4 seconds whole day if i want to!

This film - lead by a very colourful cast - is one of the very few films that made me cry and it made me think on the evilness one person can hold within himself & how he can use his influence to bring harm to others!

I don't know what you think but i think of Christof (the Truman Show creator) as a evil person of a new kind. I mean, he literally made Truman Burbank's life a complete joke and it made me wanna see human beings - and life - from a whole different perspective!

A very brilliant, moving & touchy movie that I've seen in a long time and it also has that 'i-wanna-watch-it-again' factor all over it! 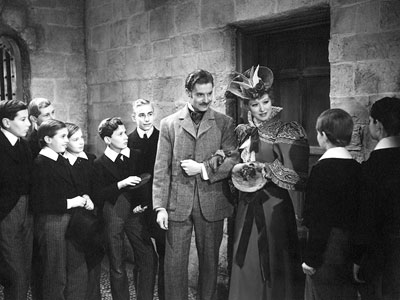 Mr. Chipping wants to give a tea party every Sunday

I admit: I just saw this film just because i read that Robert Donat won the Academy Award for Best Actor (beating out Clark Gable by the way) and i really wasn't expecting many things from this movie but i was so wrong!

Arguably one of the best British films I've seen in a while. The best factor is the jokes. It's so natural and well timed that it's just too perfect!

Anyways, Robert Donat has become of my most fav. actors now and I downloaded 3 of his other movies as soon as i finished this one and i will try them out soon!

A very nice, soft drama-romantic film that will deliver just about everything you need! 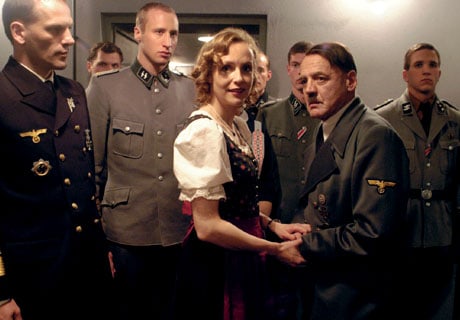 You must leave Berlin!

After watching countless parodies (which included a lame FIFA parody) of the famous scene where Hitler lashes out on everyone, i decided to download this movie and see what's the hype all about!

With Bruno Ganz in the lead and followed by an impressive supporting cast, this film very well could be the Lawrence Of Arabia or Schindler's List of the modern times. Never has a man shown onscreen so vividly & realistically!

Bruno Ganz's performance as Adolf Hitler probably is the best portrayal of the Fuhrer in modern times. Hard-faced, hardly amusing & a voice more grainy than Kurt Cobain, his version was a solid winner!

I had a love/hate relationship with this film. I mean, they brutalized - and humanized - every person in this film that it actually makes you sympathize & feel hatred for them at the same time!

Never has a WW2 film captured me to forcefully. A highly recommend movie that will not disappoint you at all!

8.7
The Matrix
Directed by: The Wachowski Brothers!

Ah, the famous roof-top scene. I must have had done that over a 100 times when i was young. When this film was released back in 1999 (actually in Oman it came in 2000), it became sort of a cult hit in our school, especially the famous rooftop sequence! But i didn't break my back once!

I must have seen this film millions but everytime i saw it, i was very young therefore i couldn't understand most of the parts!

Just a few weeks ago i managed to download the film and this time: It completely blew me away by the sheer uniqueness and creativity of the film! I bet this film must've had made James Cameron cringe and hide under his bed!

One of the best Sci-Fi movies? No, it's better! In fact, it can be counted in the same boat as Blade Runner & The Terminator!

But, too bad the sequels diminished it's impact! 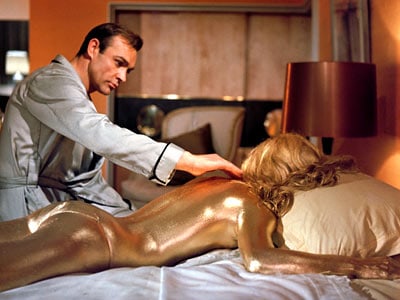 I must be dreaming!

It's a pleasure to comment on a film like this in negative form: Not as good as Dr. No or The Spy Who Loved Me. It's better! Waaay better and probably the best Bond film I've seen so far!

The reasons are quite simple: It has a kick-ass Bond Girl, 2 highly intimidating villains and exciting dialogues!

This - alongside From Russia With Love, Dr. No & A View To A Kill - is one of my dad's most favourite Bond films and he recommended it to me!

I really enjoyed this film and it surely was more fast-paced and occasionally funny than the 2 predecessors!

I remember watching this film a long time ago and it bought back so many memories!

Okay, i find these subjects very sensitive: showing 'God' onscreen, showing religious figures onscreen and most of the time showing them as stupid or arrogant or funny or as idiotic beings (Even though none of the latter stuff is shown in this film but nevertheless)! It's just so wrong!

But in this case we can make an exception because they were not trying to be serious or anything. It was done in a funny - yes simplistic - way with no tasteless or
immature jokes!

Anyways, this is Jim Carrey's 3rd best film performance-wise and of the greatest comedies of our times! 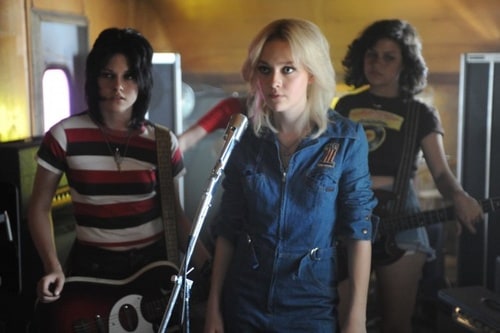 It was not an exciting movie nor a dull one! It's something that can be given a thumbs up for the performances (yes, even Kristen Stewart was good) but thumbs down to the overall storyline. It just wasn't grabbing!

Nevertheless, the movie was just fine and since i know little or nothing about The Runaways or any of the band members for that matter, i found it kinda hard to follow and maybe that was the reason why i didn't enjoy it much!

It's a good time-pass flick though. It's not bold but it does provide a lot of entertainment though! Kristen Stewart (who is forever in her moody punk rock look) fans won't be disappointed! 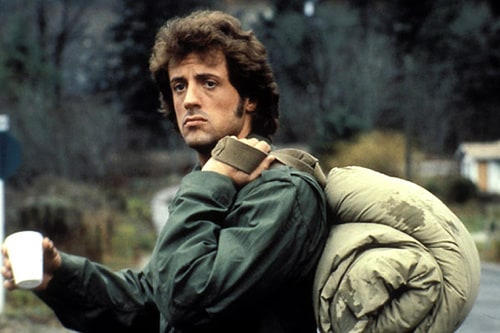 My dad, forever oldschool action movies lover, recommended this movie to me as he had seen it in his time!

First things first, I still haven't seen the sequels and i don't think i want so as they could diminish the impact of this film but i think i will give it a try!

Stallone, by all means, is the original macho-action hero! While all tend to go towards brutal killings and aggressive demeanor, Stallone went realistic. He probably invented the whole macho-man image!

I hadn't seen many actions movies for awhile and First Blood re-ignited the spark again. Never a dull moment! 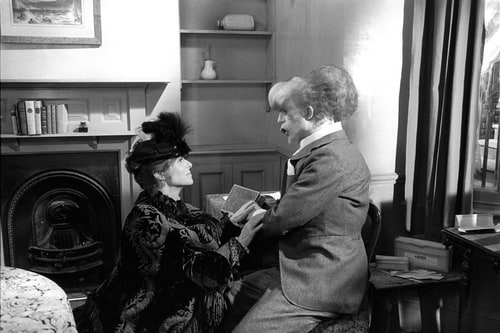 The theatre is the most beautiful place on earth!

Such a sad movie. It take a high level genius like David Lynch to create a film which is beautiful, tear-jerking & disturbing at the same time. Backed up by excellent performances by well-known & not-so-well-known actors, this film is a true winner and i highly respect and admire this film beyond anything!

This is first entry so, be nice!

Anyways, i've seen pretty interesting 'monthly blogs' lists around here for awhile so i thought i would make one mine too!

So, enjoy and thank you for watching!

Best movies of 90's by Iano

My TOP-10 Disney classics by Reetta

David Carradine: Movies i have seen. by Aprakadabra

What i like about David Cronenberg! by Happy Vader