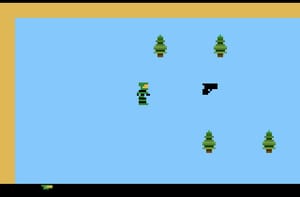 Halo 2600 was a game that Ed Fries developed that clearly showed that there was still room for life in a video game system that was nearly 35 years old. Halo 2600 is an AWESOME game. I'm not a big fan of the Halo franchise, but I'll gladly hop into Master Chief's shoes to play through this gem. This wonderful display of a modern-minded game design mixed with gameplay of the early days of video games is a must-play and is easily one of the top five games available for the Atari 2600 console. Now that you know about it, play it.
ape's rating: 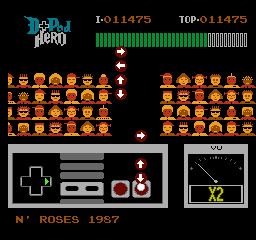 This unlicensed, homebrew game for the NES is brutally difficult at first (until you get used to the controls, then it becomes manageable) and a very interesting take on the music genre. If you haven't played it yet, grab an NES emulator and get this rom. It's legal, it's free...And until it's programmed into a cart, it's the only way to play this neat little game that shows that there's still plenty of fun to be had in 8-bits.

For those interested, the game can be found at dpadhero.com/Home.html
ape's rating: 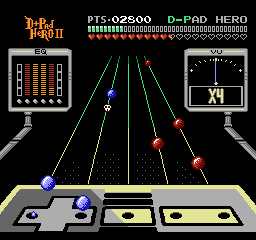 The sequel to D+Pad Hero is only similar to the original in the fact that it's a music game. The gameplay formula is re-designed to be more like Guitar Hero in appearance...Plus, it's got nifty power-ups like POW! blocks that wipe the screen clean of notes when you get them. It's also got difficulty settings and unlockable songs. Much like the original, you'll need an emulator to play it, but also like the original, it's freeware...So, it's perfectly legal (and free) to play...So play it.

For those interested, the game can be found at dpadhero.com/Home.html
ape's rating: 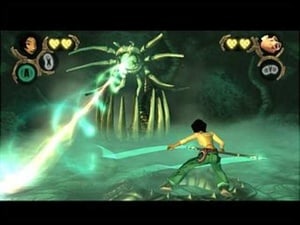 Beyond Good & Evil may have a sequel in the works, but it's a wonder how that came to be when you look at sales for the first one. Within three months, most stores dropped the price tag on this gem to $20, less than half the price of when it was released. Despite very good reviews from various publications and magazines, people just plain didn't play it. If you're one of those people, shame on you.
ape's rating: 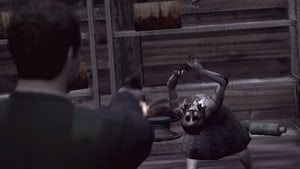 Deadly Premonition is most definitely a flawed game in several ways (see my rating for it)...But those flaws all pale in comparison to how entertaining this game is. Despite poor combat and iffy controls, Deadly Premonition manages to hook you. I, personally, started out not liking the game...But the more time I put into it, the more I found myself absolutely loving it. Yeah, the combat was still groan-inducing...But that's just a small part of this ambitious sandbox-style horror game. You can get it for cheap now. Buy it. Love it. You won't regret it.
ape's rating:

Wisdom Tree made religious games that were about as fun to play as painting the groin of your pants like a soccer ball and encouraging people to 'kick a goal'. However, Wisdom Tree did make one game pretty dang well...Mainly because they copied the Zelda formula almost exactly...That game was Spiritual Warfare. Yes, it's still filled with all the Christian stuff (including some annoying bible-related questions to break up the gameplay every now and then) that Wisdom Tree is/was known for...But with this quite possibly being the only enjoyable game that they've made for the NES, it's worth a play for anyone looking for a decent game, regardless of your religious beliefs.
ape's rating: 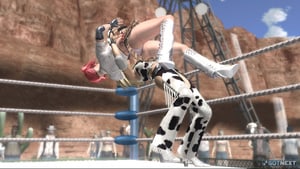 Shunned by women's rights groups because of the mud wrestling match-type found within, amongst other things, Rumble Roses XX is much, much more than eye candy in a wrestling ring. It has the innovative face/heel system found in the first game as well as a very, very awesome feature that allows you to add muscle or subtract muscle from each wrestler. Doing so effects that wrestler's stats and move-set. Bulk up a woman and her speed will drop, her power will increase, and her move-set will feature moves that showcase her strength. Slim a woman down and you'll have the opposite effect, with a quick, flashy, high-flying move-set. The innovation in Rumble Roses XX definitely makes it a game worth checking out if you're a fan of wrestling games. 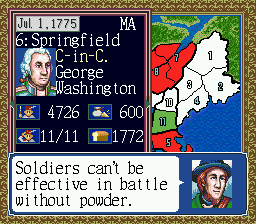 KOEI is well known in Japan for creating strategy games based off of Asian history. In an attempt to create that same boom in the United States, they released 'Liberty or Death'...And not too many folks played it. Somewhat rare and hard to find now, it's still worth tracking down. It's an above-average strategy title that any history lover will enjoy...as well as anyone who might find it amusing to find out how the Revolutionary War would have played out if the British army ended up winning.
ape's rating: 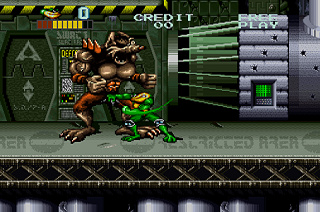 Most people think of the NES version of Battletoads, but the Arcade version, which is a totally different game, is probably the best Battletoads game ever made. It's also the most mature game in the franchise, featuring blood and stuff probably not suited for little kids...like an enemy that you beat up by grabbing its crotch with one hand while throwing punches with the other as your foe lets out a high-pitched shriek. If you get a chance to play this gem, do it. It's well worth the quarters you'll spend to do so.
ape's rating: 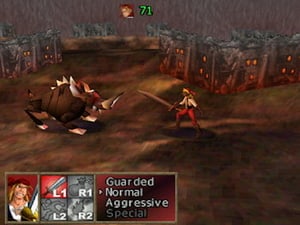 At first glance, it's easy to compare Shadow Madness to Final Fantasy VII...Afterall, they somewhat look the same; crude 3D character designs walking around in a pre-rendered 2D background. However, the similarities pretty much end there...Though, for some reason many reviewers decided to compare the two anyway, which saw it be shunned by certain websites...Including one, which I believe was IGN, where the entire review revolved around the inferior graphics of the game rather than the actual content found within. For the people who actually played Shadow Madness, however, they experienced a very charming RPG that isn't without its faults, but still a good game that is oozing with personality and one that any fan of genre is sure to appreciate.
ape's rating: 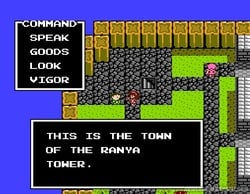 I've reviewed this game and was kind of harsh on it. But despite the complaints I had (and still do have) this is a very unique RPG with some ideas that most RPG fans will appreciate. A few tweaks to some problems and this would have been a must-play title...But as it is, it's still definitely worth a look for its originality.
ape's rating: 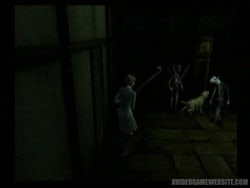 The combat sucks. The gameplay itself is average. So, why is it on this list? The story. People should play this game if only for the story, which I honestly feel is one of the best I've ever experienced in a video game. The story is enough of a reason for me to have played through the average gameplay and awful combat sequences on more than on occasion. I think if more folks played it, there'd be many others following their lead.
ape's rating:

0
The Twisted Tales of Spike McFang - Super famicom and SNES 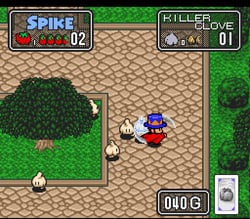 I stumbled upon this game on accident a year or so ago. It's basically a Zelda-style game with more of a comedic style to it. It's fairly rare and somewhat difficult to find, but well worth it. I can't help but feel that if more folks knew about this game, it'd be pretty popular. Probably never up there in Zelda popularity, but I'd imagine that it'd have a pretty solid fanbase.
ape's rating: 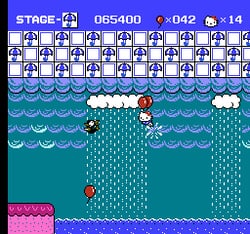 Yes, this is a Hello Kitty game. Yes, this looks like a game for little kids. But dag nabbit, this is a game that's got enough difficulty to keep players of all ages having fun...Especially in the final levels where precise movements are necessary to avoid death. It's probably best described as a side-scrolling, platforming version of Balloon Fight. I could go on and on about this game, but I don't want to take up too much space. If you have access to it, try it. I know this game was well-liked enough by avid NES collectors that it has been translated into English by fans and transferred to a few cartridges. So, if you want an English copy, if you search the web, you should be able to find one that will play on your North American NES console.
ape's rating:

Like most of my lists, this is basically just my opinion of games that don't seem to get the love that games with the words "Mario" or "Final Fantasy" seem to get from the general public. Some of these games are obscure and others might be better known, but had poor sales or something of the like that prevented the game from being big.

Anyway, if you have any questions, feel free to ask. Likewise, if you can think of others, let me know. If I've played 'em and I agree, I'll add 'em to the list. If I haven't played a game you suggest, I'll take note and try to track it down in order to get an opinion on it.

Games Developed or Published by Atlus by John E.

Game Over by ape

Games I've Beaten At Least Once by ape

Wii U Games - ranked by preference by ape