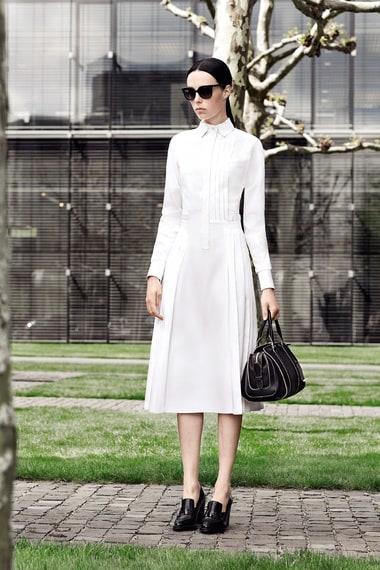 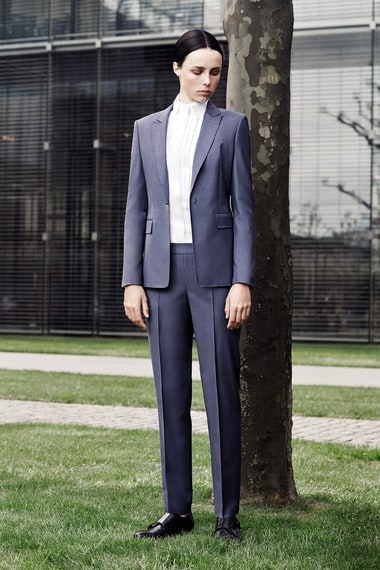 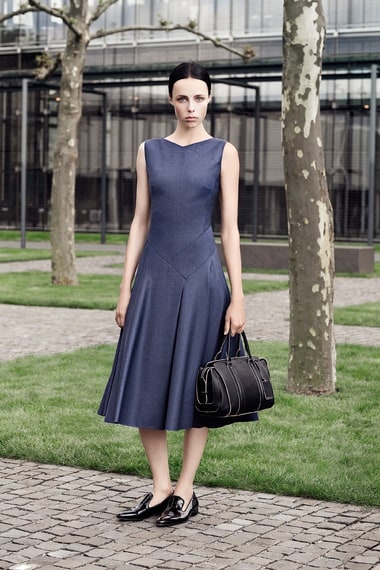 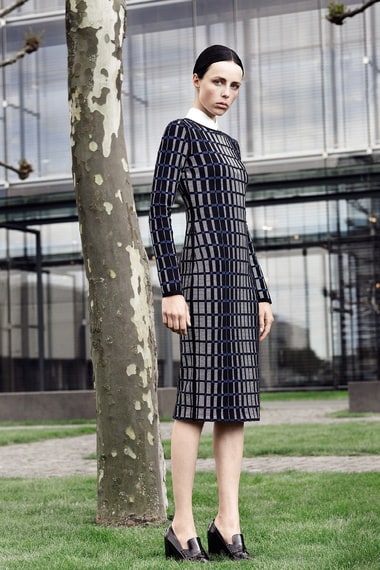 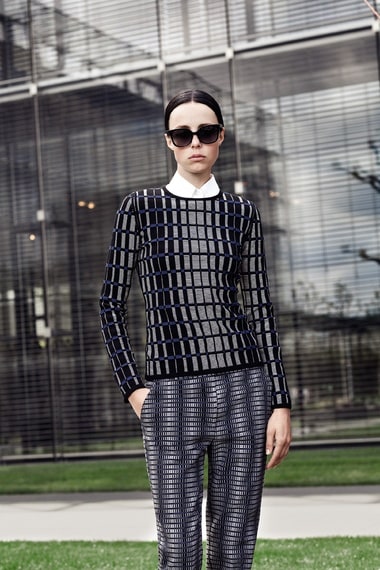 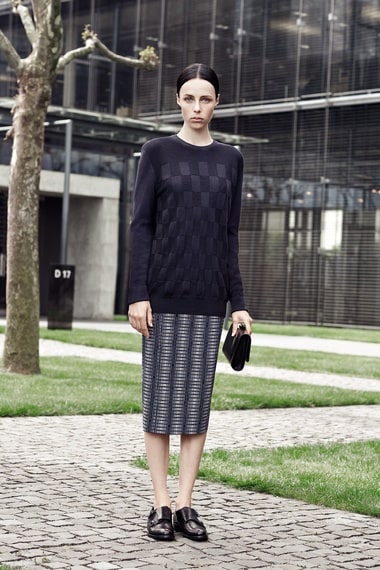 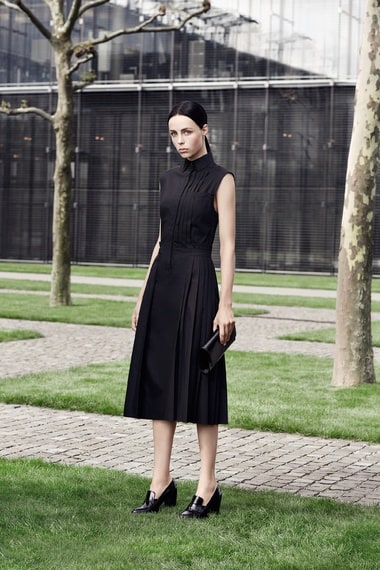 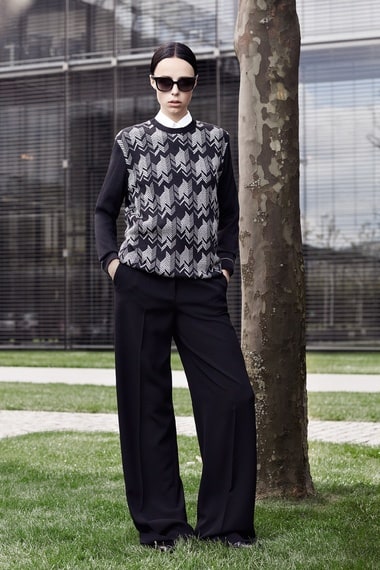 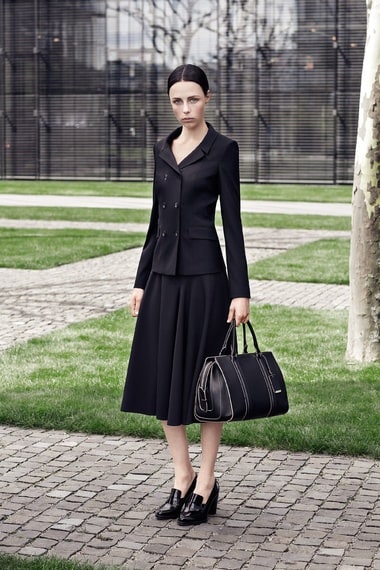 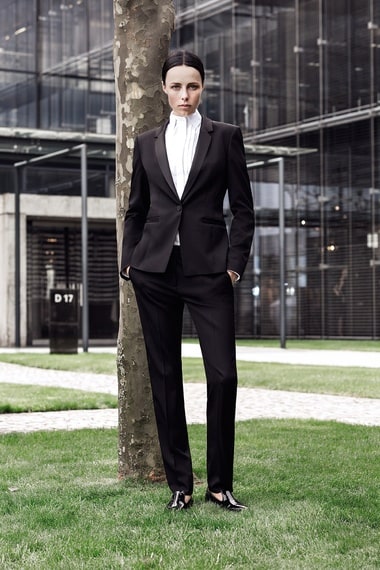 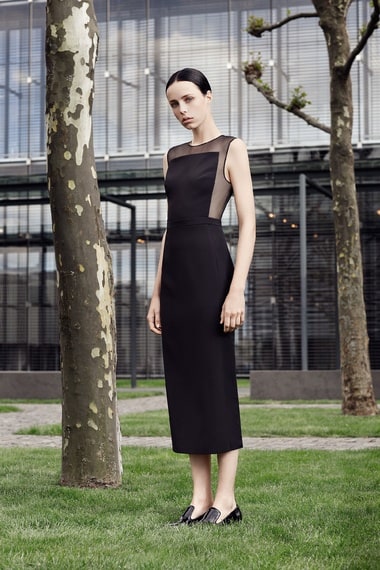 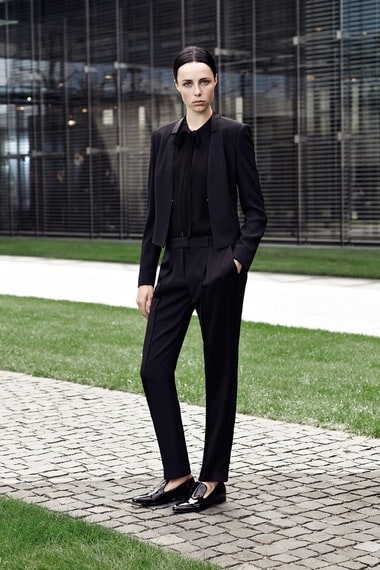 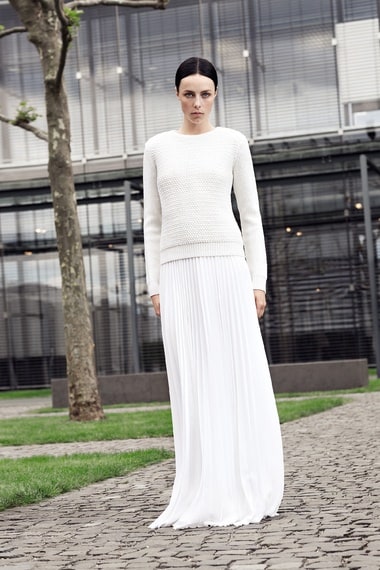 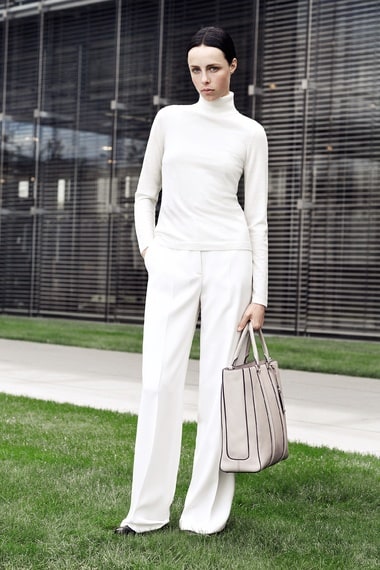 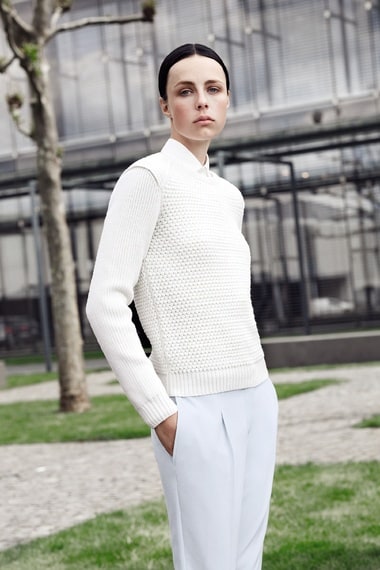 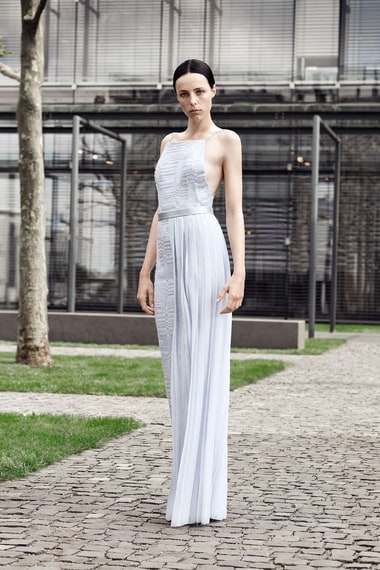 Review by Nicole Phelps
Jason Wu's Resort offering for Hugo Boss got its official debut way back at the beginning of May, when his pal Diane Kruger wore an icy gray beaded and pleated dress from the collection to the Met Gala. The rest gets its press day tomorrow. It's very much in keeping with his first collection for the German company, with a razor-sharp focus on tailoring and sportswear. The Kruger gown was a beautiful anomaly, but that doesn't mean there wasn't plenty to like. Wu has long worked the femme side of the girl/boy divide at his own line. At Boss, he's proving himself no slouch at all in the pantsuit department. A black tux was chicly and unerringly cut, and he brought the same appreciation for fit to a slim, crisp sleeveless black shirtdress.

Wu seems keen to develop Hugo Boss as a resource for the working woman. A faultless ivory turtleneck caught the eye; it may not sound like much, but finding a faultless turtleneck—clingy yet not tight, with a neck that resists gravity—is easier said than done. With elegant simplicity in mind, the prints and embellishments he uses in his signature label have been sidelined in favor of Bauhaus jacquards and intarsias. They added visual interest to trim cropped trousers and a streamlined sweaterdress. The real prizes, though, were the pieces that were even more simplified, like a neat navy pantsuit and a full-skirted fluid dress in that same menswear fabric.

Music Discovered in 2014 by CitizenErased

My Library-B by Michael S

A Tribute To Roger Cicero by IsabellaSilentRose