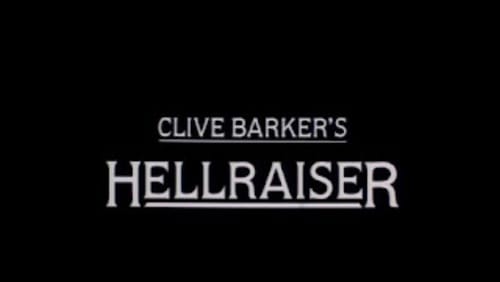 The first movie. The one that every following movie will be compared against. What we have here is a few good scenes in a pretty boring movie. 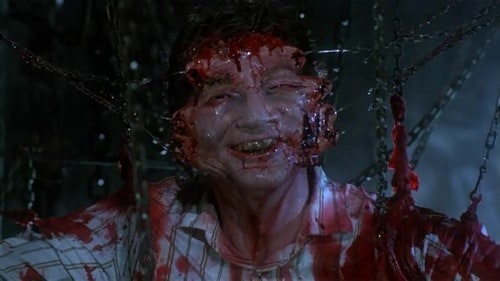 Why am I watching all these again?
Ueno_Station54's rating: 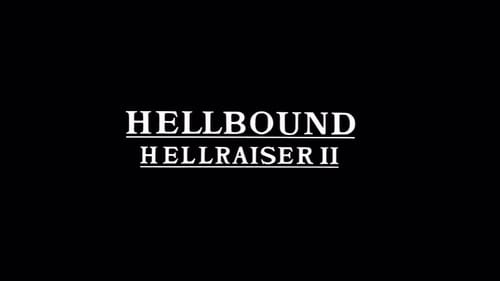 I realize this is a far worse movie than the first in a lot of ways, but I found this one to be a lot more entertaining even though there was also a lot more cringe-inducing bits of god-awfulness. 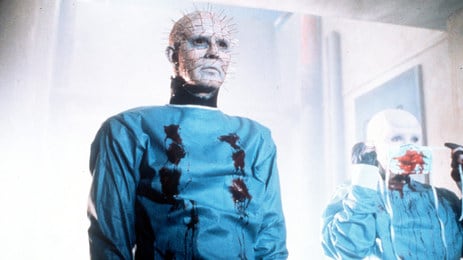 The last 20 minutes or so are just nuts for better or for worse and give this one a slight edge over the first in my opinion. 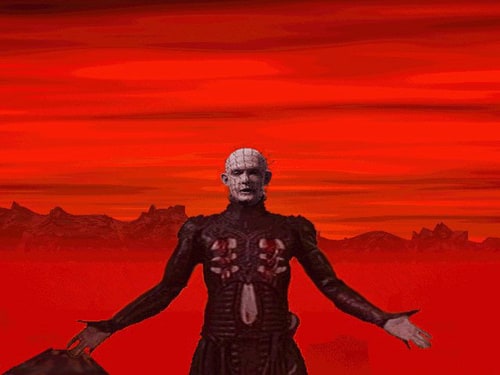 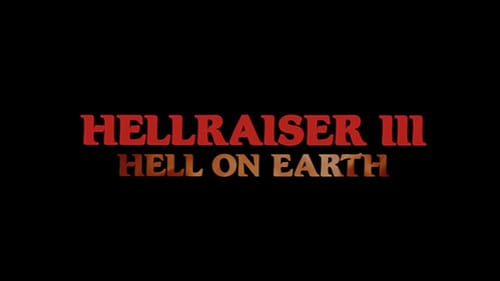 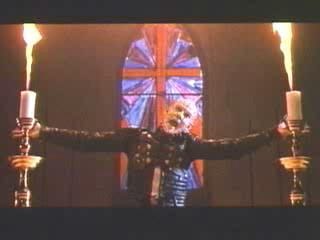 ...even though the other "cenobites" are ridiculously cheesy. 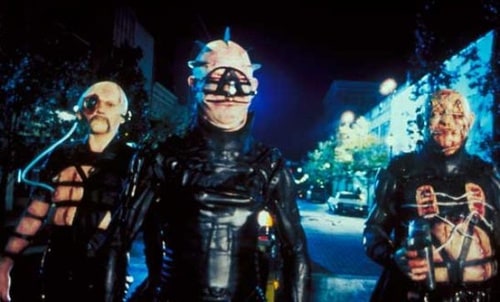 This appears to be where the films lose their roots but since I didn't really like the first one this could be a good thing.
Ueno_Station54's rating: 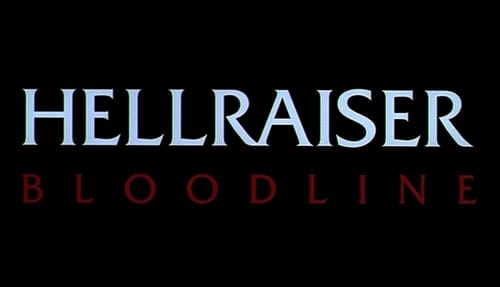 Whelp, this is it. Where the series goes irredeemably to shit. Wow, this was painful to watch. It starts in space, I might as well have shut it off then. 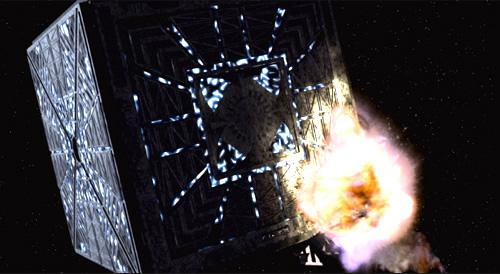 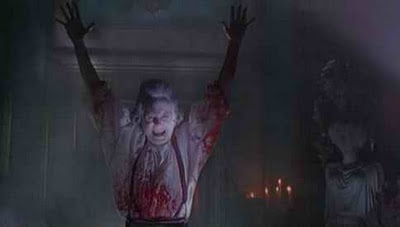 40 minutes or so for the "current" time period

and the remaining time is this awful looking space garbage. 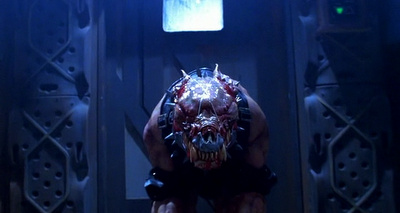 With these broken up chapters you get such rushed segments that none of it is enjoyable. Terrible film. Hopefully the following sequels will at least have some entertainment value regardless of how garbage they will inevitably be.
Ueno_Station54's rating: 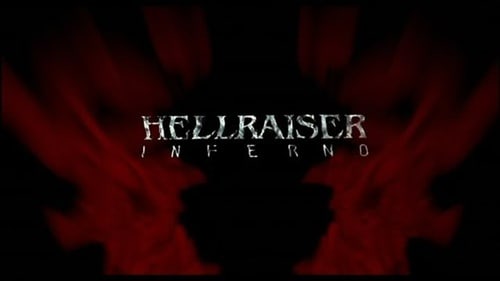 After Bloodline I was pretty sure the rest of the series was going to be outright appalling. Instead, what I got was Hellraiser: Inferno. This is easily the most interesting entry in the series thus far and really doesn't have much to do with the Hellraiser franchise. 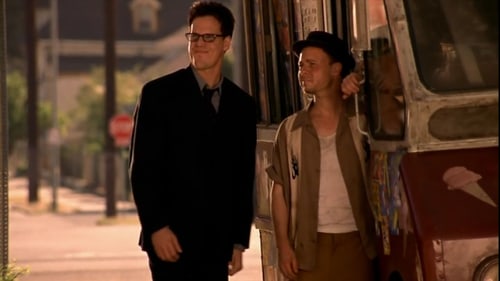 Clearly, the studio had the script lying around and threw Pinhead in it for a guaranteed audience. I actually liked this movie. Even though it is lacking in Cenobite action, I think it actually fits better than even the original with the themes of Hellraiser as I think it displays the relation with pain, pleasure and a personal hell like none of the other films really got. 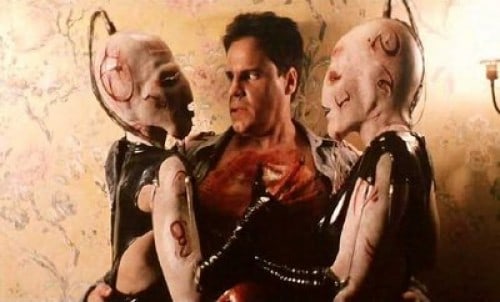 It also benefits from clearly being the most well-made film in the series. 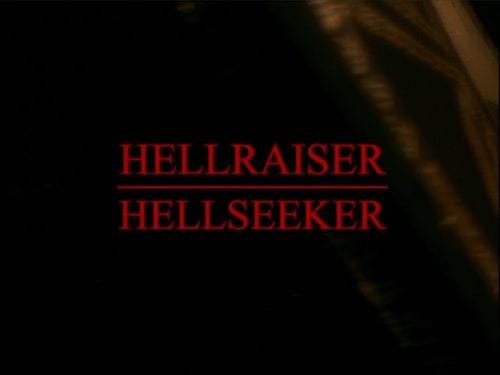 I don't really know what to say about this one except that it's almost the same as Inferno, except shit. 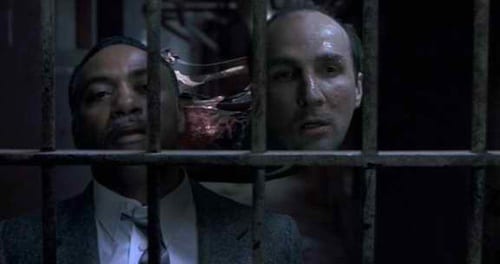 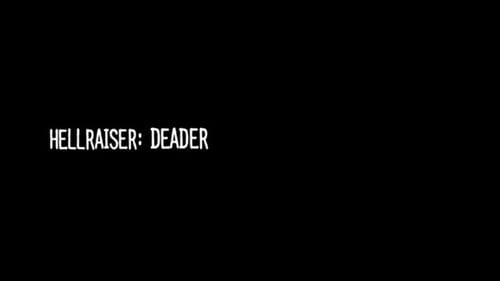 In the same vein as Inferno and Hellseeker, Deader is a film which was almost certainly a random script for a psychological thriller with Pinhead thrown in. 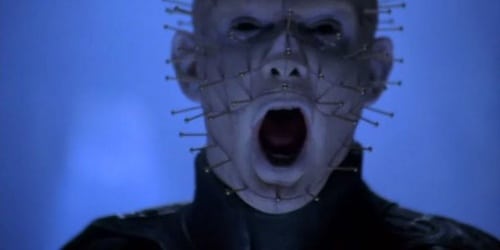 Fortunately this one isn't as bad as Hellseeker and is at least enjoyable, though far more generic.

The found footage video they watch at the beginning clearly being edited really set off the goof alarms early and the film at no parts isn't goofy but it's also rarely offensive.
Ueno_Station54's rating: 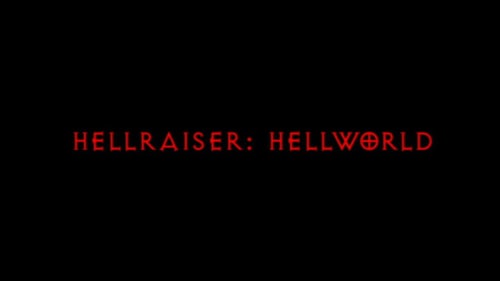 I was somewhat excited for this one simply because of the sheer ridiculousness of the plot. Then it was generic 2000's slasher film. Bad puns, bad CGI, nu-metal soundtrack. 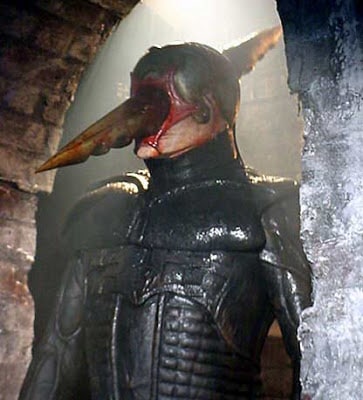 Everything wrong with a horror movie here.
Ueno_Station54's rating: 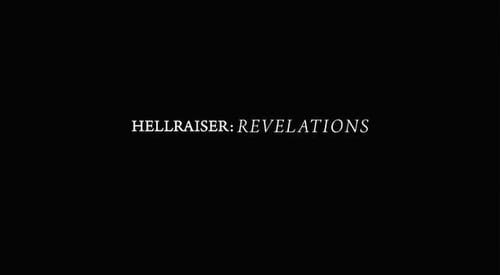 Hellraiser: Revelations. The obvious black sheep in the family that is the Hellraiser franchise. The first thing most people will comment on is the lack of Doug Bradley as Pinhead and yes his presence is duly missed, not that the new guy doesn't put forth an effort. 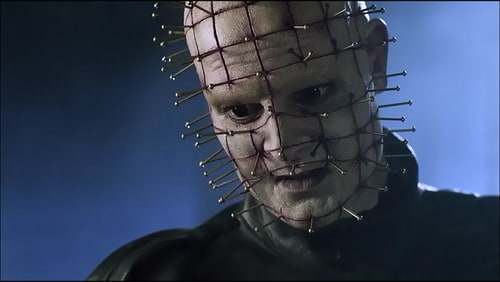 Despite this, the movie isn't as bad as I expected. Sure it has some things that make no sense within the Hellraiser universe and borrows far too much from the first one and the time restraints can clearly be felt, I believe there was more effort put into this than some of the other sequels. Even if they were all borrowed elements, at least this one tried to follow the themes of the original. 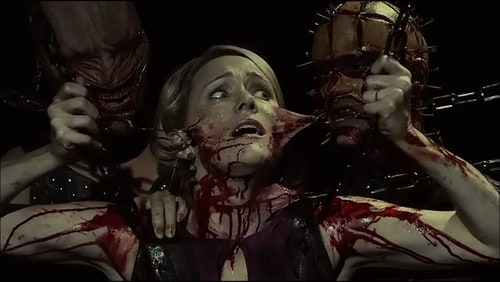 Quick reviews of every film in the Hellraiser series.

Places I Traveled To by Kikuchiyo

A Complete Review of Terrence Malick's work by johanlefourbe

Movies Re-Watched in 2014 by CD Smiles

The evolution of Jim Caviezel by johanlefourbe