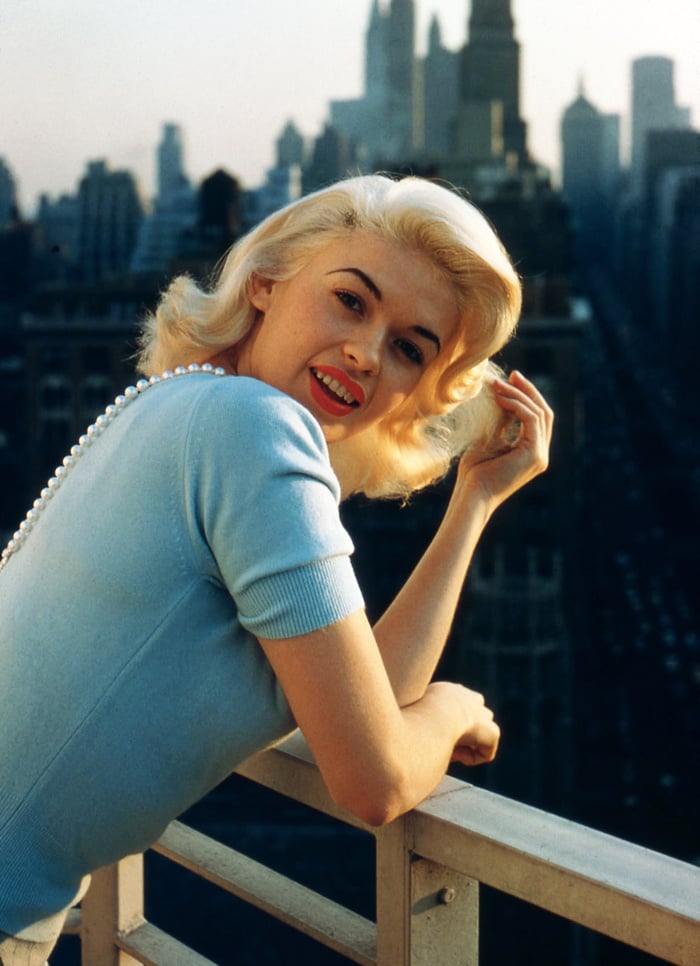 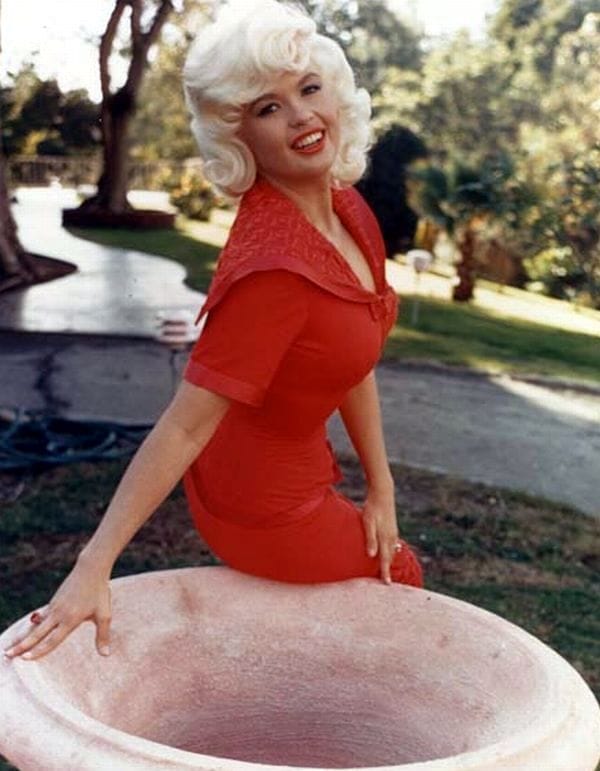 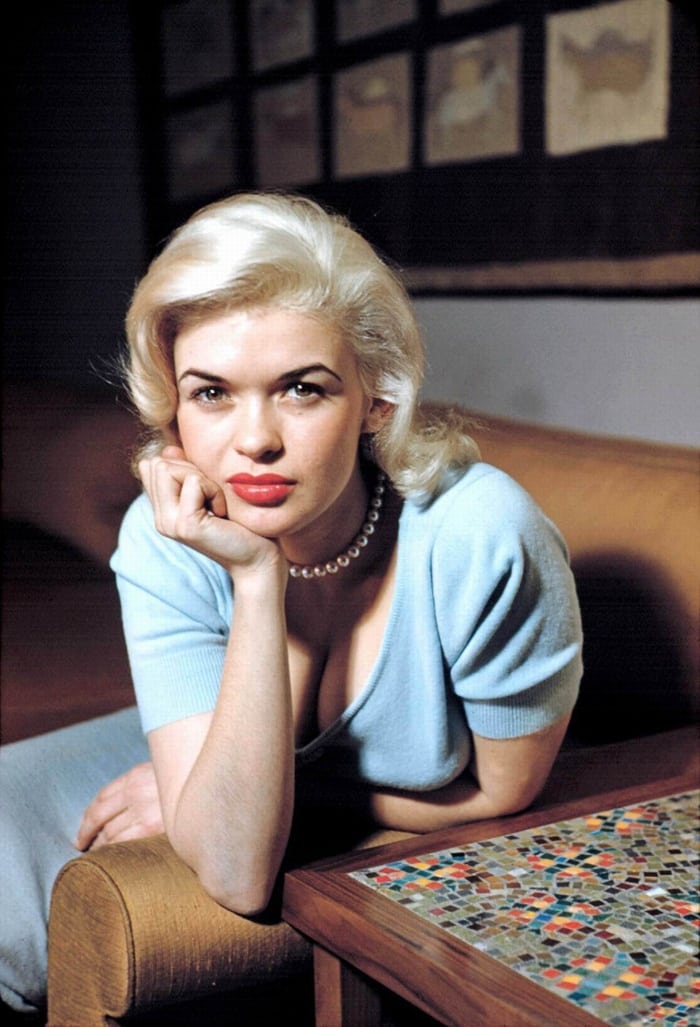 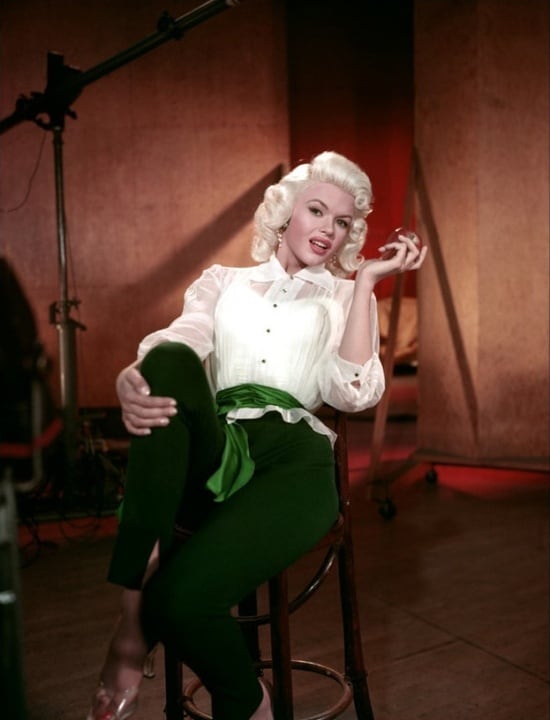 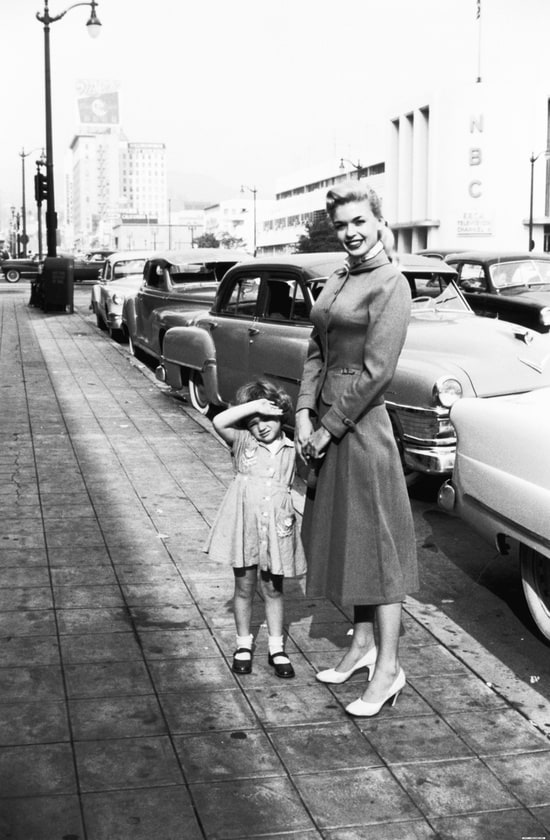 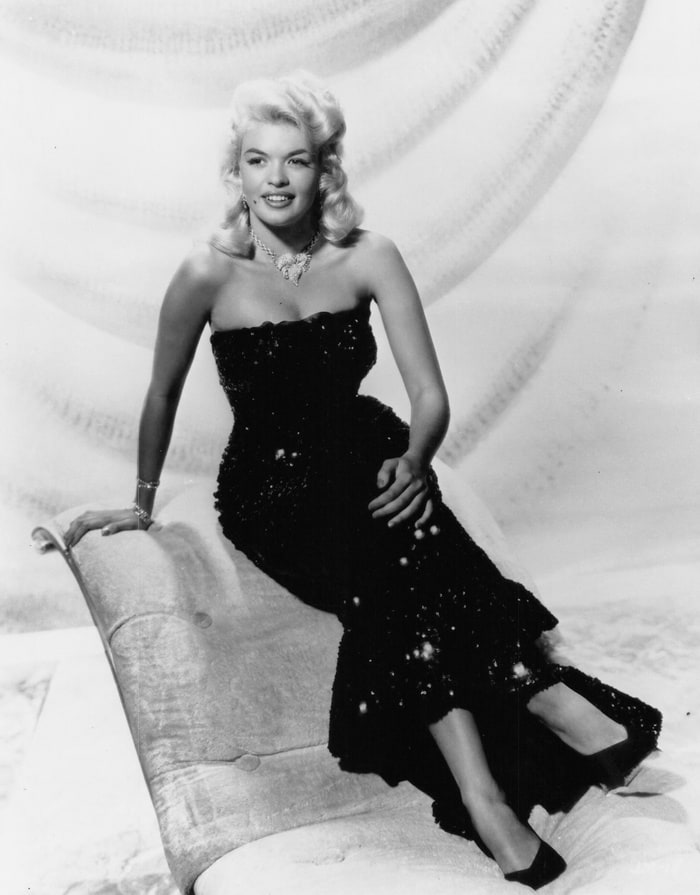 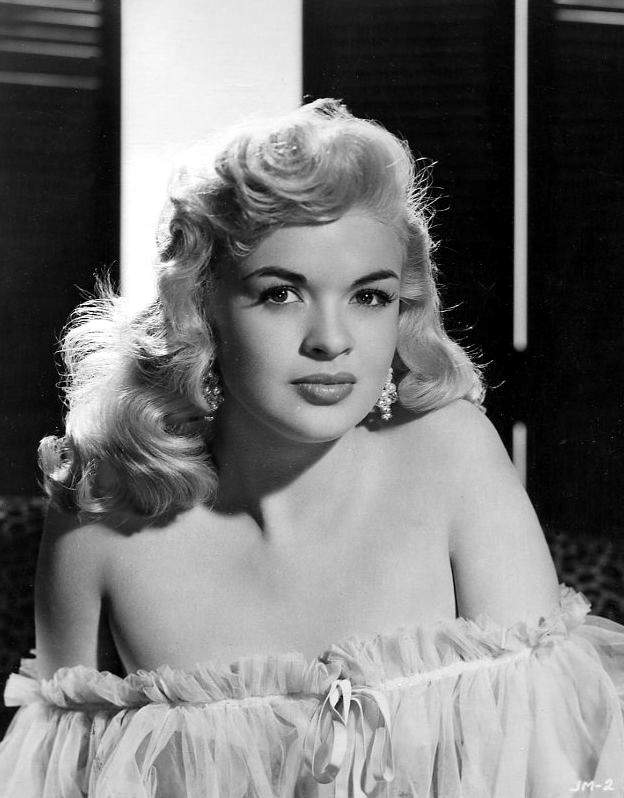 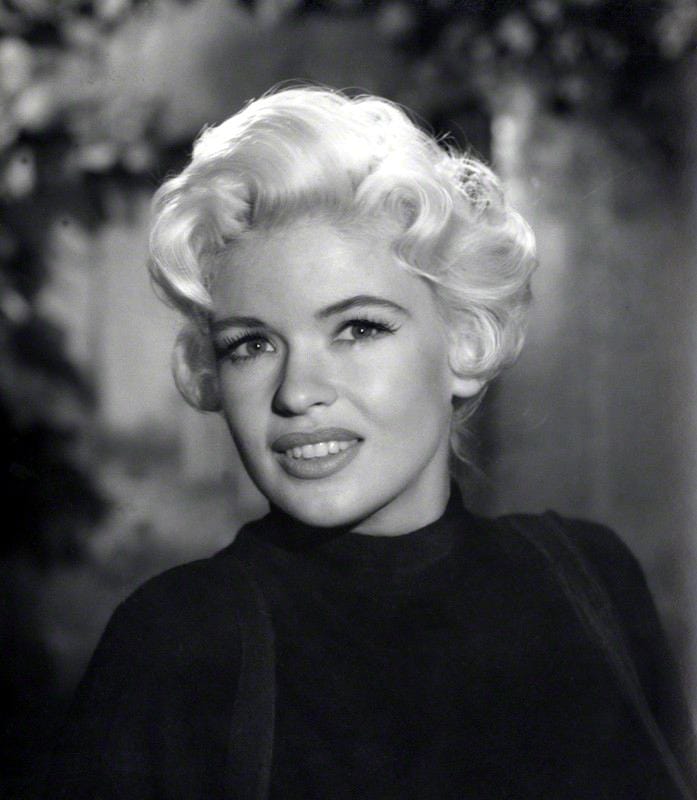 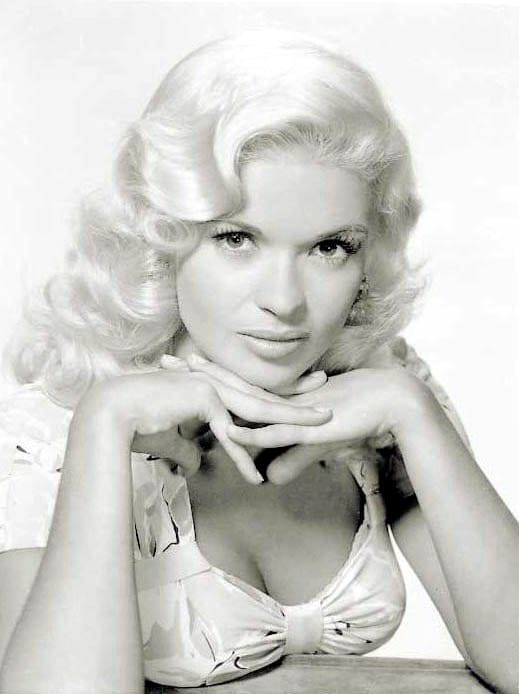 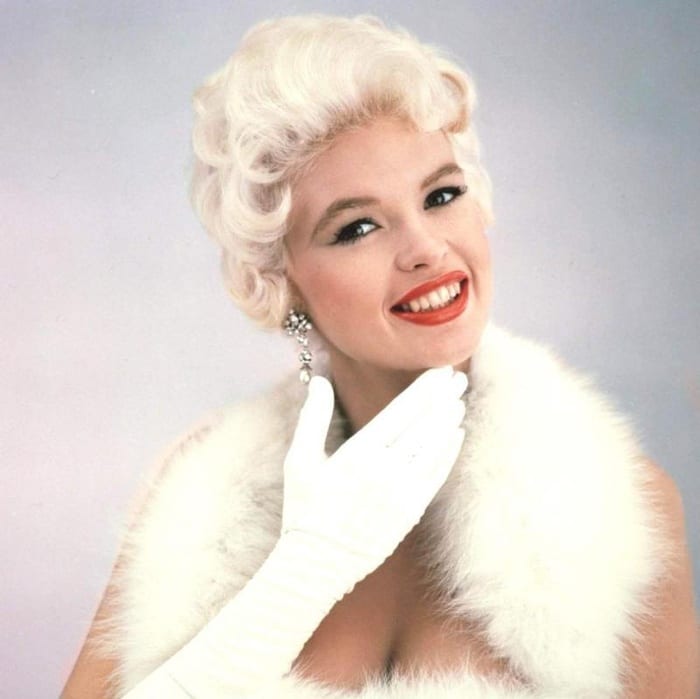 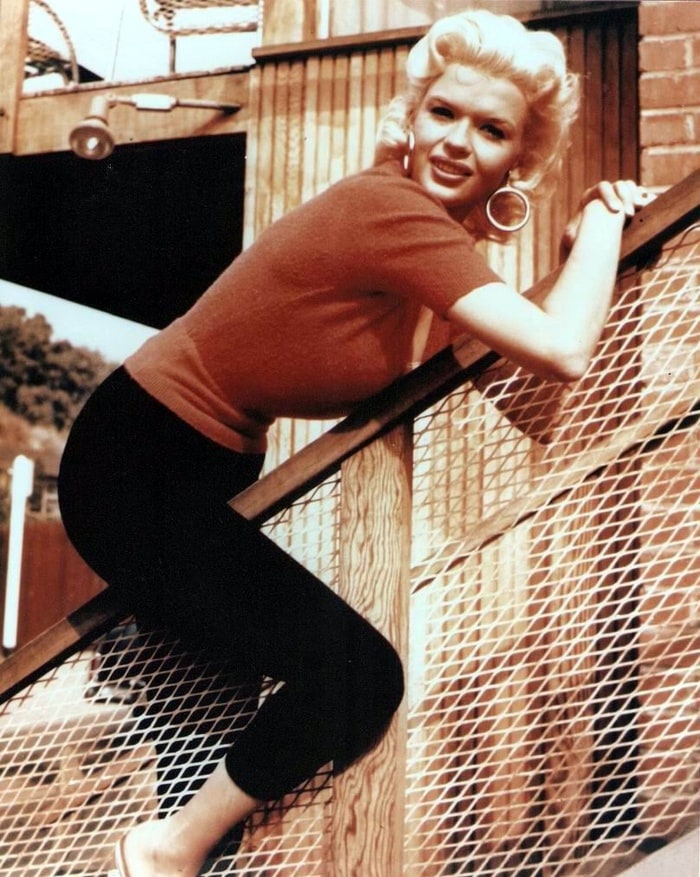 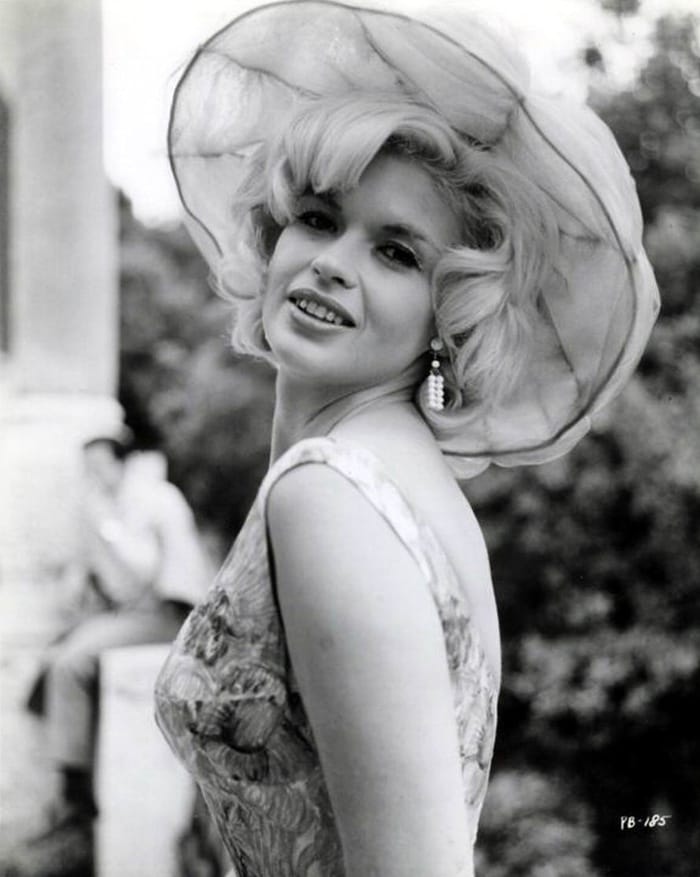 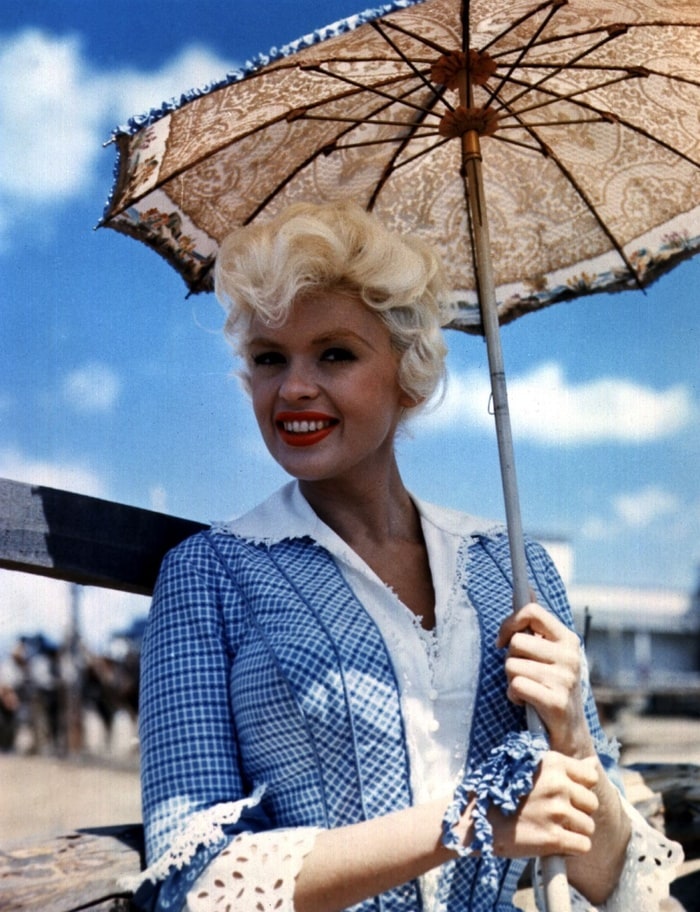 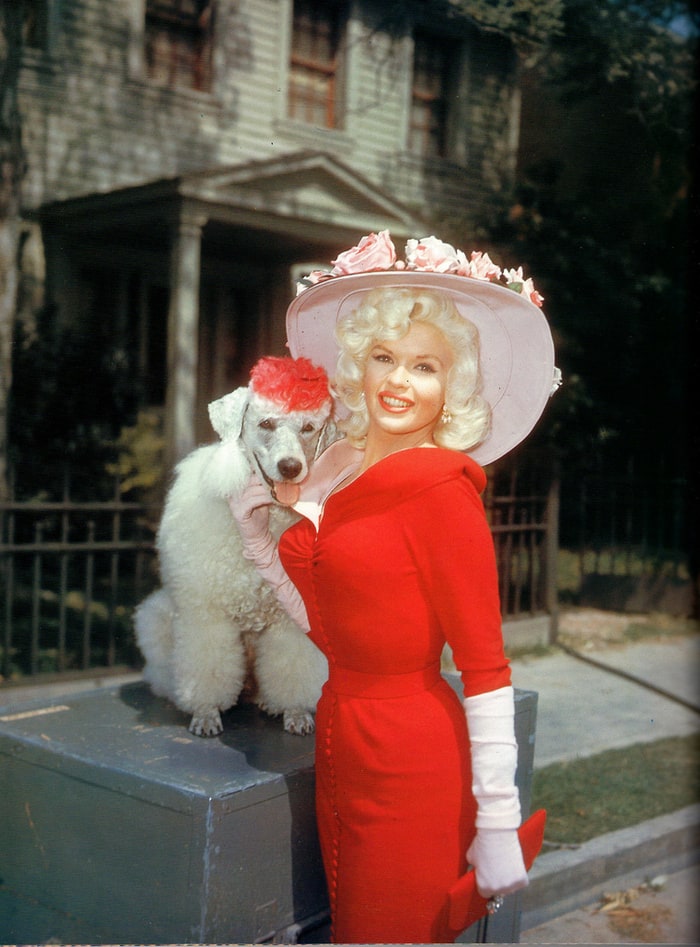 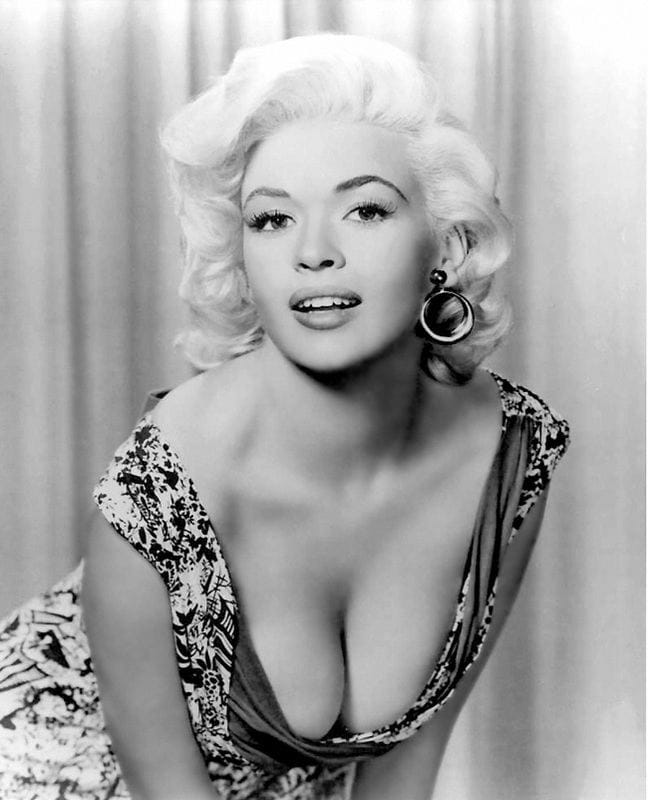 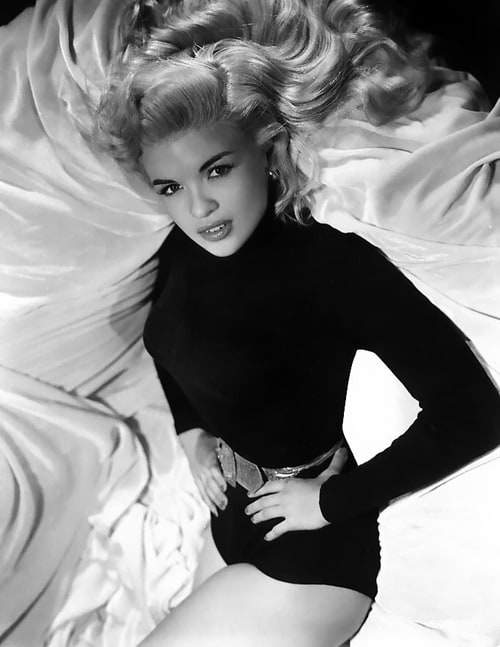 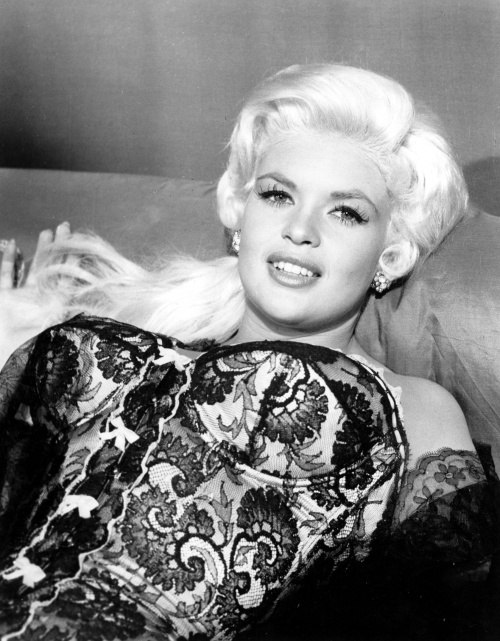 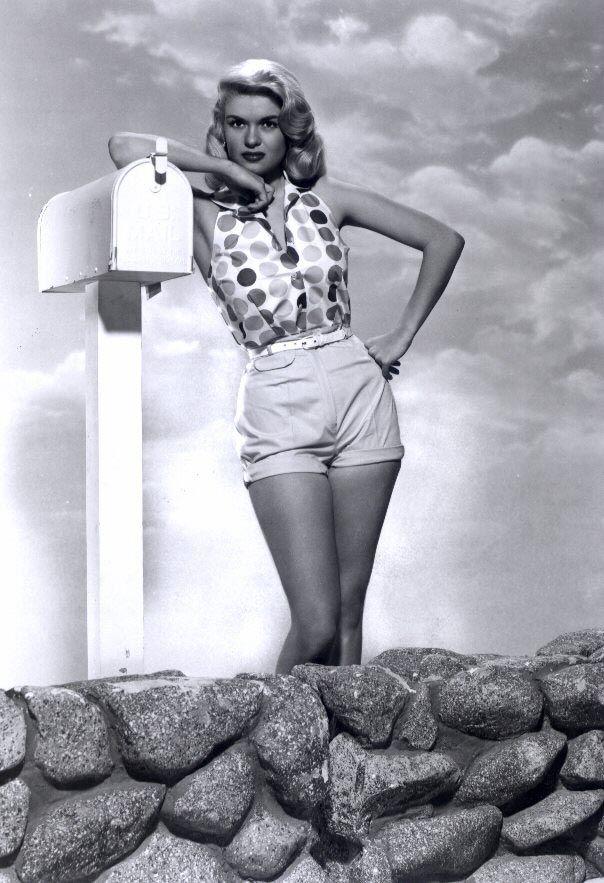 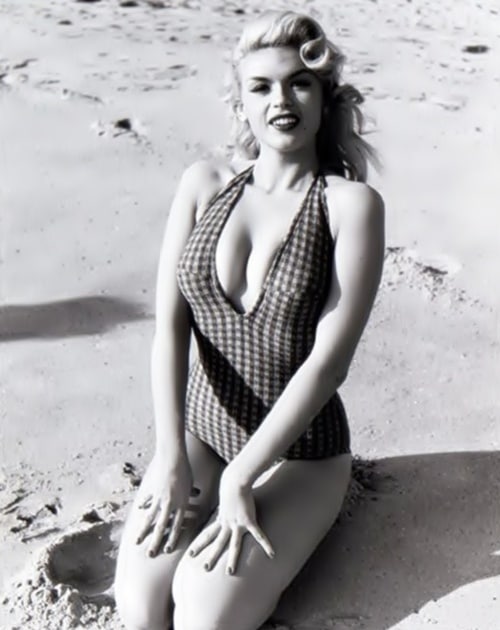 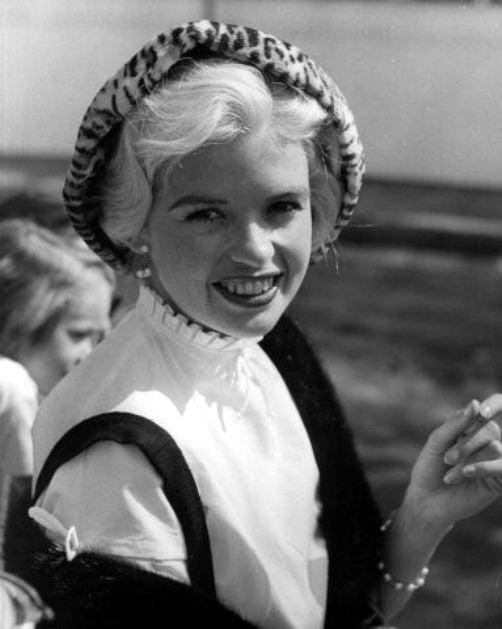 Jayne Mansfield was was an American actress in film, theatre, and television, a nightclub entertainer, a singer, and one of the early Playboy Playmates. She was a major Hollywood sex symbol of the 1950s and early 1960s. Mansfield was 20th Century Fox's alternative Marilyn Monroe and came to be known as the Working Man's Monroe. She was also known for her well-publicized personal life and publicity stunts. Mansfield became a major Broadway star in 1955, a major Hollywood star in 1956, and a leading celebrity in 1957. She was one of Hollywood's original blonde bombshells, and although many people have never seen her movies, Mansfield remains one of the most recognizable icons of 1950s celebrity culture. With the decrease of the demand for big-breasted blonde bombshells and the increase in the negative backlash against her over-publicity, she became a box-office has-been by the early 1960's.
While Mansfield's film career was short-lived, she had several box office successes and won a Theatre World Award and a Golden Globe. She enjoyed success in the role of fictional actress Rita Marlowe in both the 1955–1956 Broadway version, and, in the 1957 Hollywood film version of Will Success Spoil Rock Hunter?. She showcased her comedic skills in The Girl Can't Help It (1956), her dramatic assets in The Wayward Bus (1957), and her sizzling presence in Too Hot to Handle (1960). She also sang for studio recordings, including the album Shakespeare, Tchaikovsky & Me and the singles Suey and As the Clouds Drift by (with Jimi Hendrix). Mansfield's notable television work included television dramas Follow the Sun and Burke's Law, game shows The Match Game and What's My Line?, variety shows The Jack Benny Program and The Bob Hope Show, the The Ed Sullivan Show, and a large number of talk shows.
By the early 1960s, Mansfield's box office popularity had declined and Hollywood studios lost interest in her. Some of the last attempts that Hollywood took to publicize her were in The George Raft Story (1961) and It Happened in Athens (1962). But, towards the end of her career, Mansfield remained a popular celebrity, continuing to attract large crowds outside the United States and in lucrative and successful nightclub acts (including The Tropicana Holiday and The House of Love in Las Vegas), and summer-theater work. Her film career continued with cheap independent films and European melodramas and comedies, with some of her later films being filmed in United Kingdom, Italy, Germany, and Greece. In the sexploitation film Promises! Promises! (1963), she became the first major American actress to have a nude starring role in a Hollywood motion picture.
Mansfield took her professional name from her first husband, public relations professional Paul Mansfield, with whom she had a daughter. She was the mother of three children from her second marriage to actor–bodybuilder Mickey Hargitay. She married her third husband, film director Matt Cimber in 1964, and separated from him in 1966. Mansfield and Cimber had a son. In 1967 Mansfield died in a car accident at the age of 34.

What Keira Knightley wore in 2014 by reallly