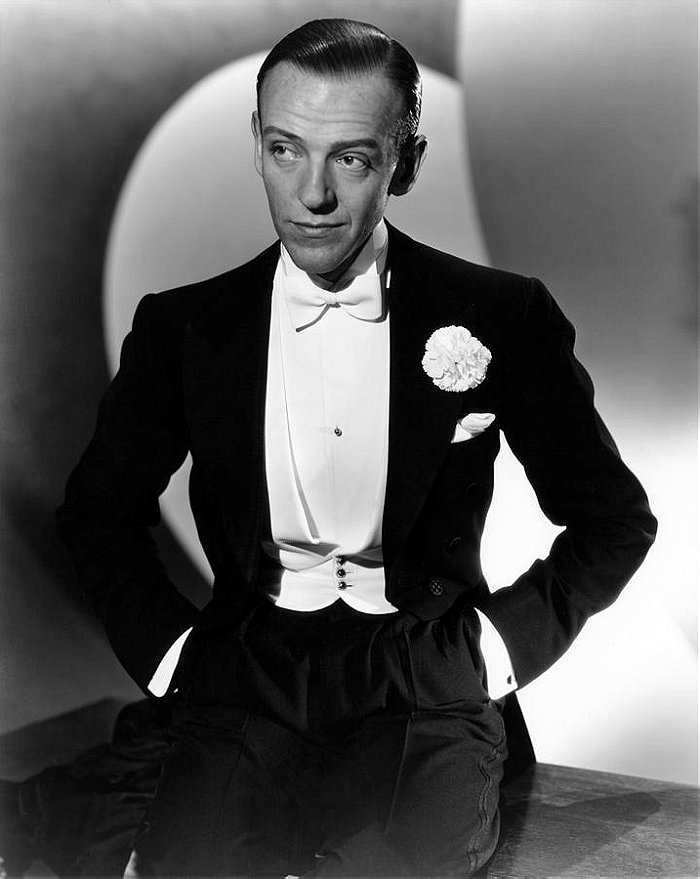 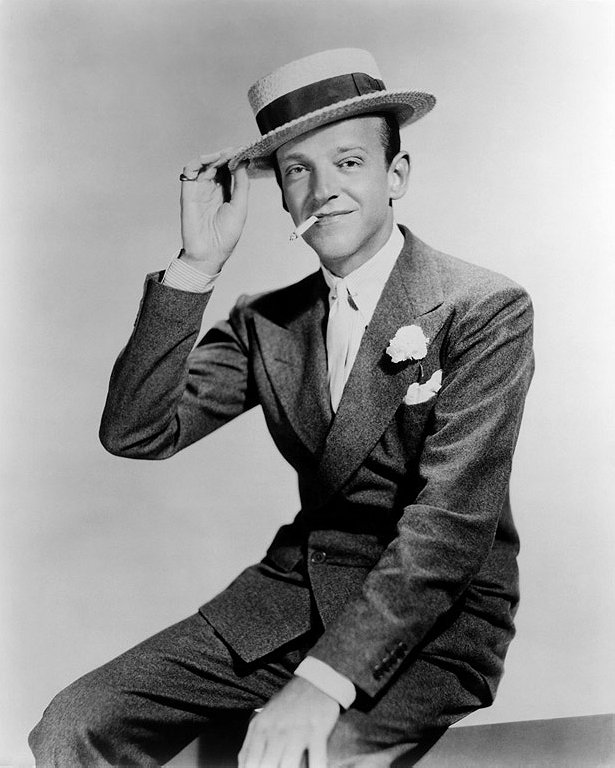 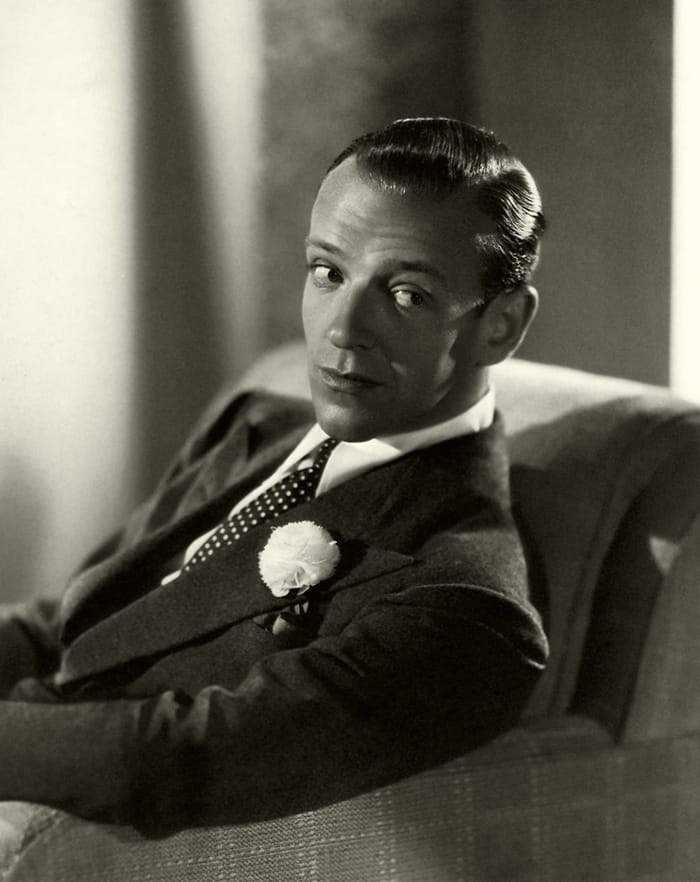 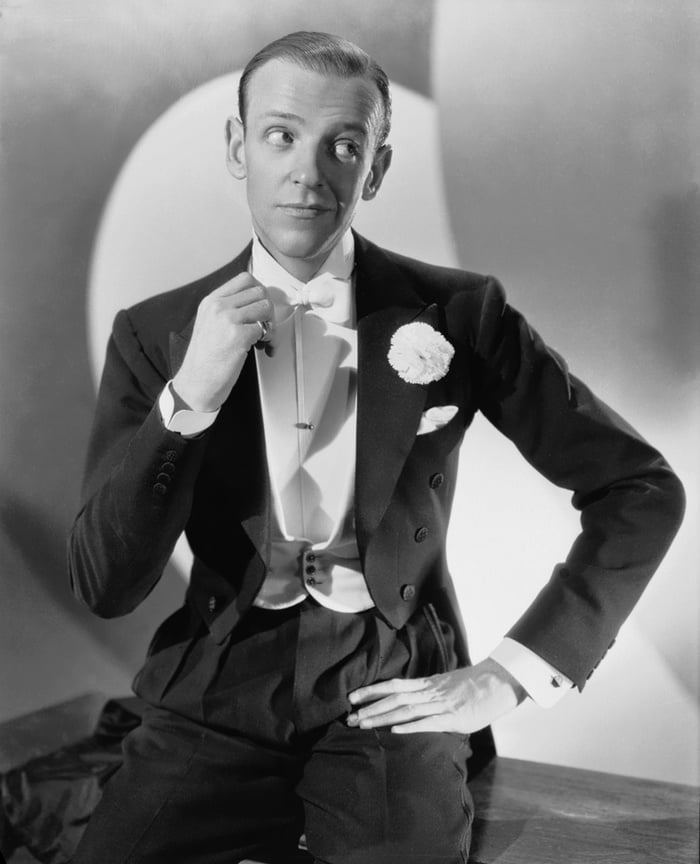 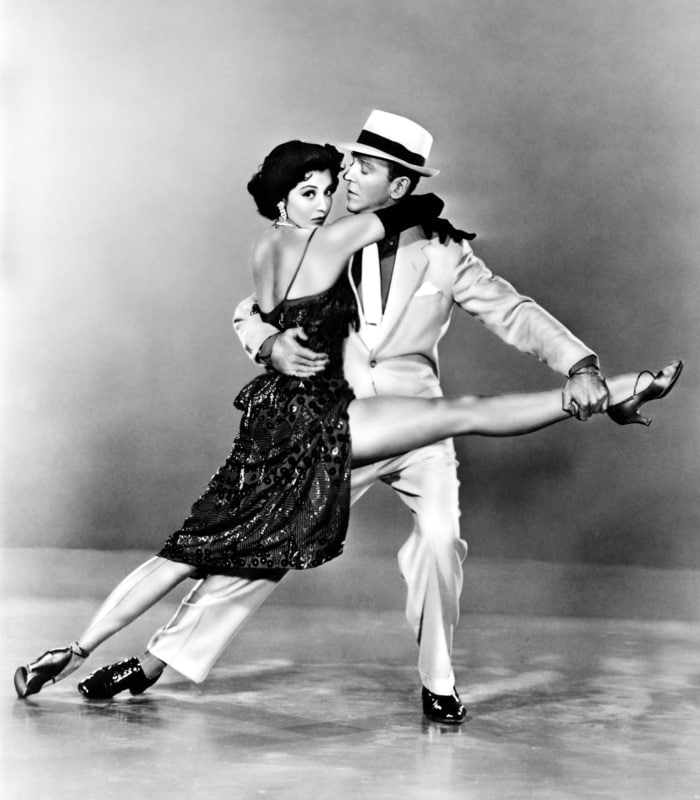 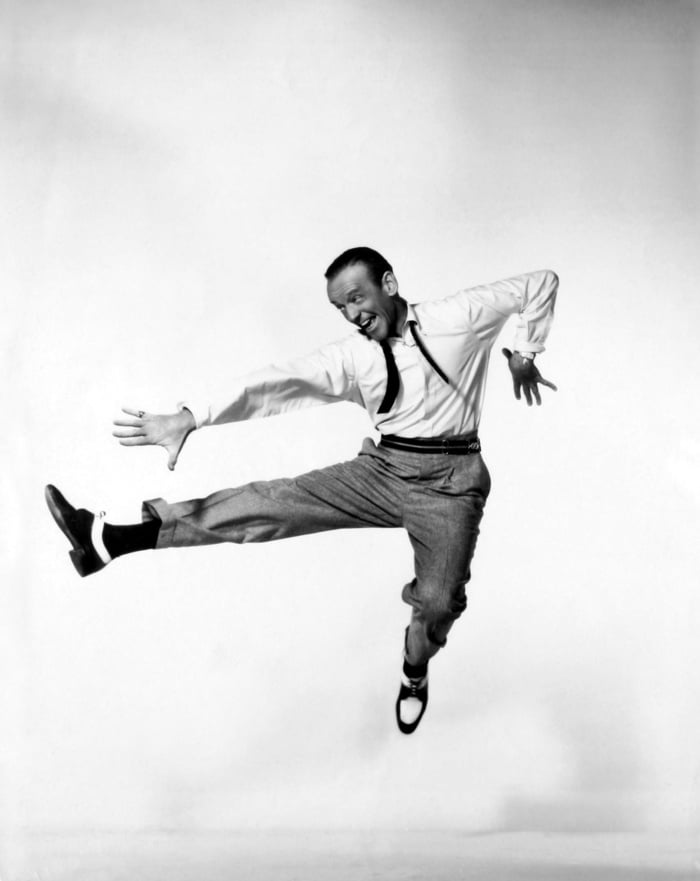 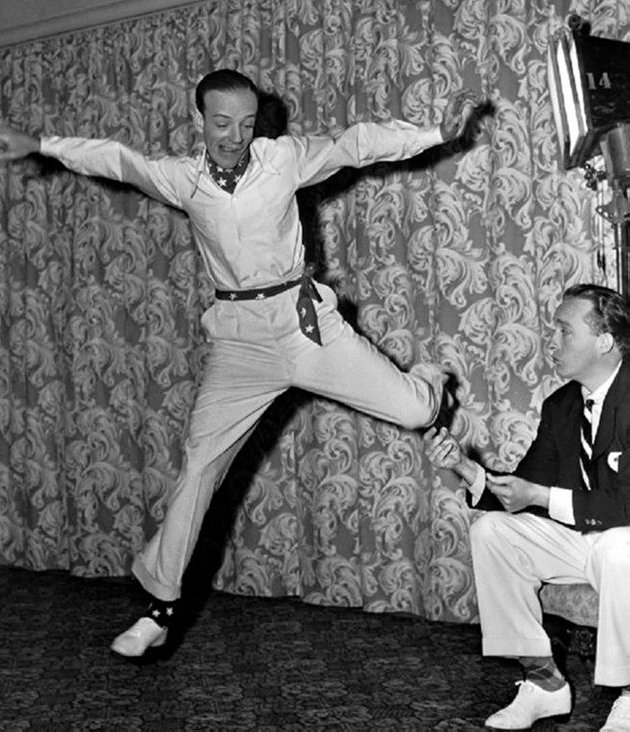 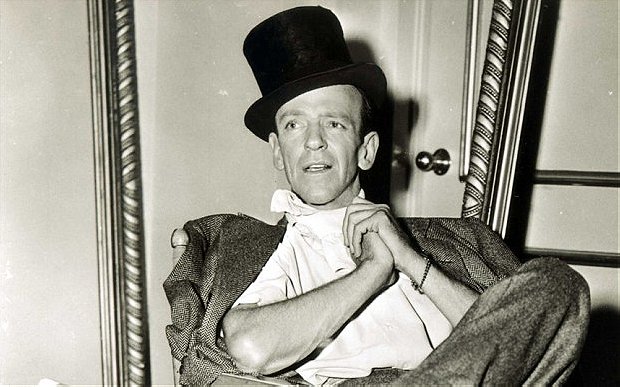 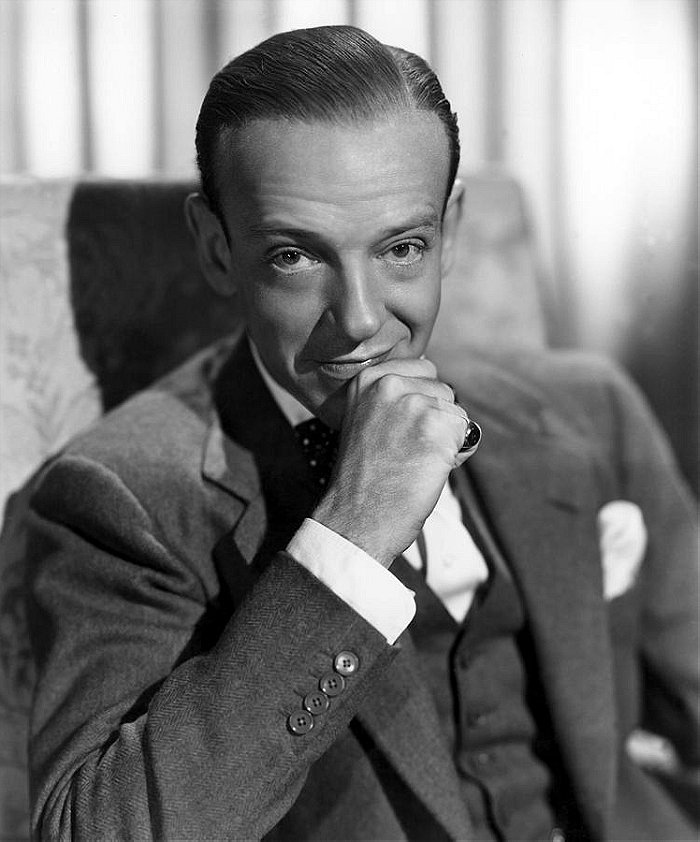 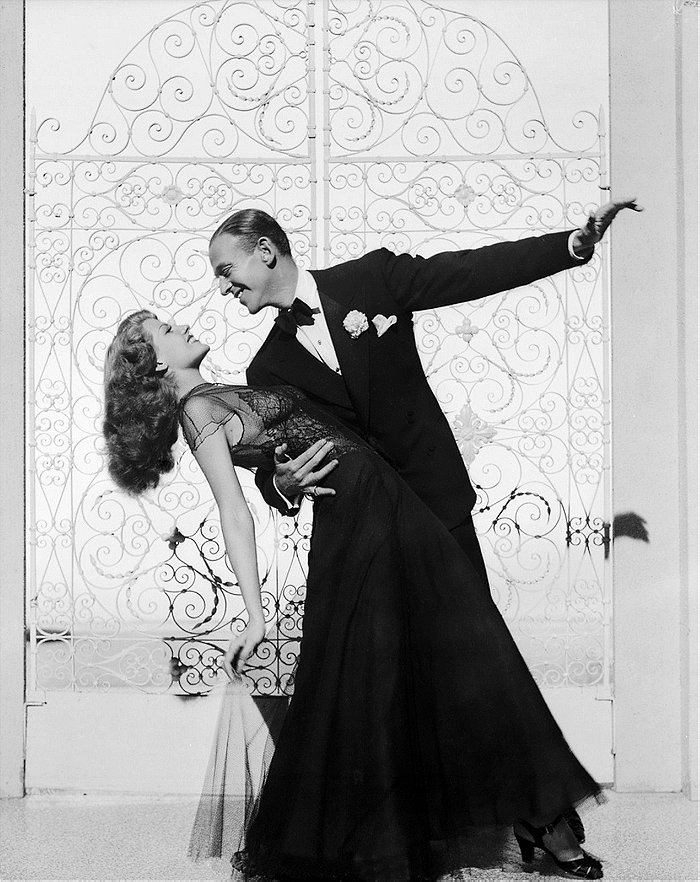 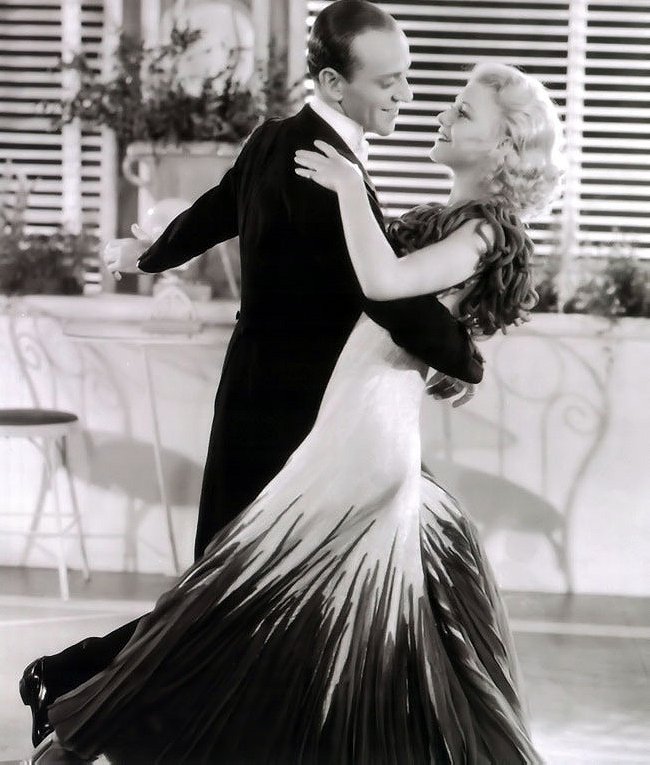 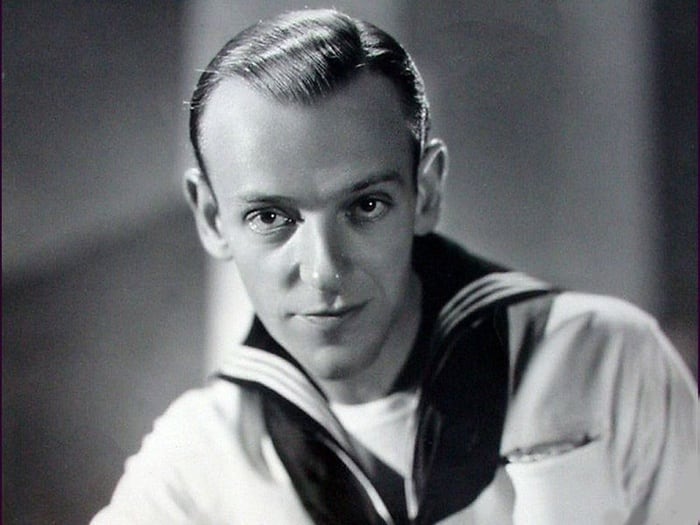 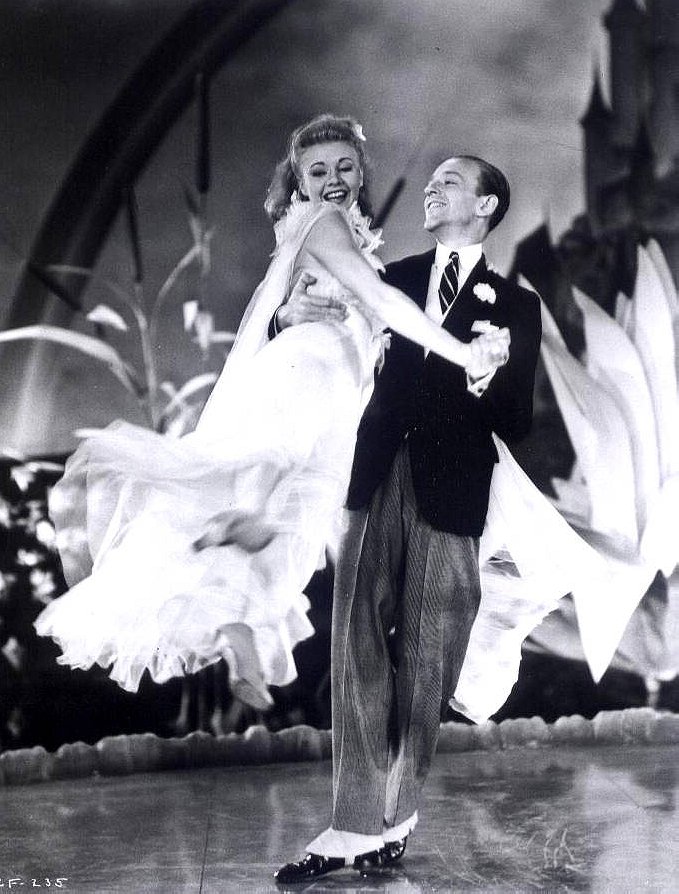 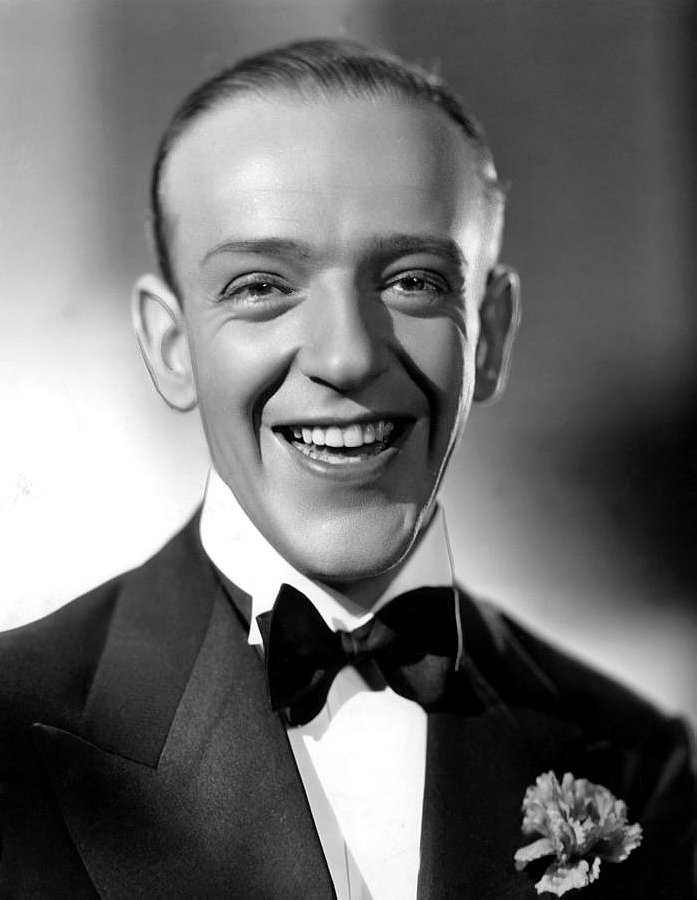 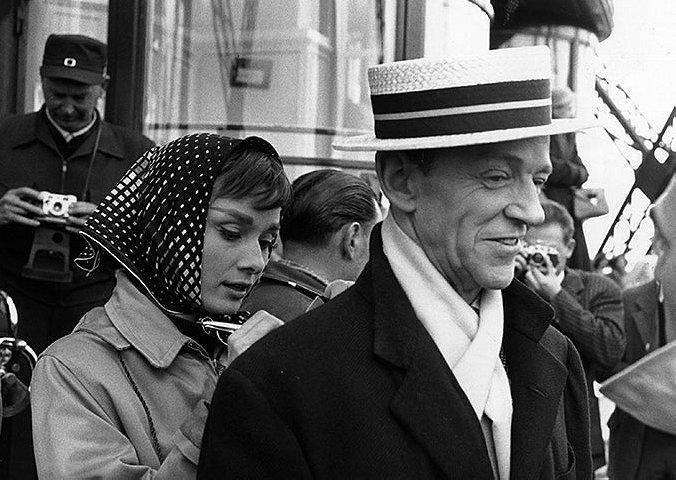 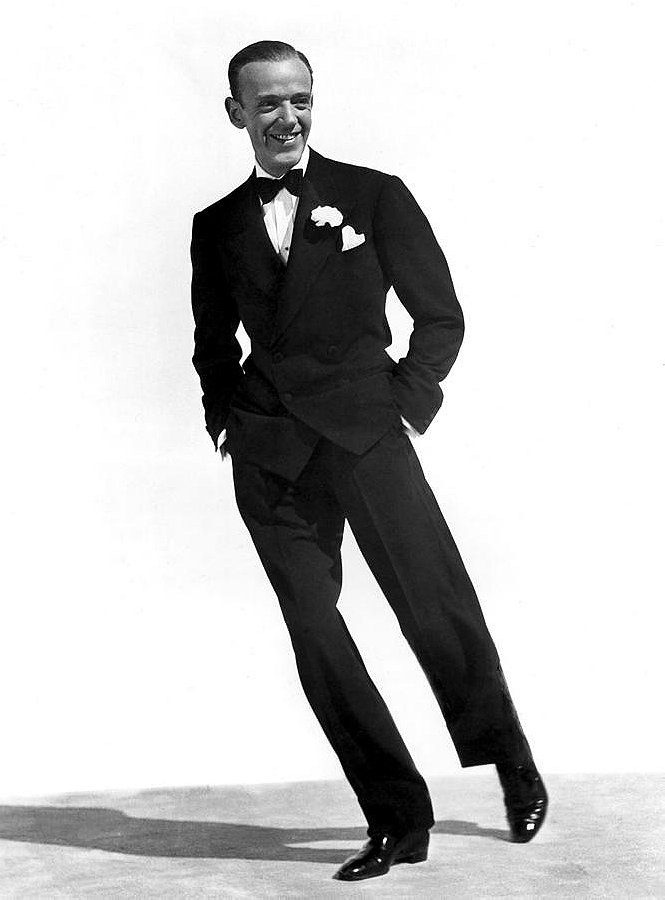 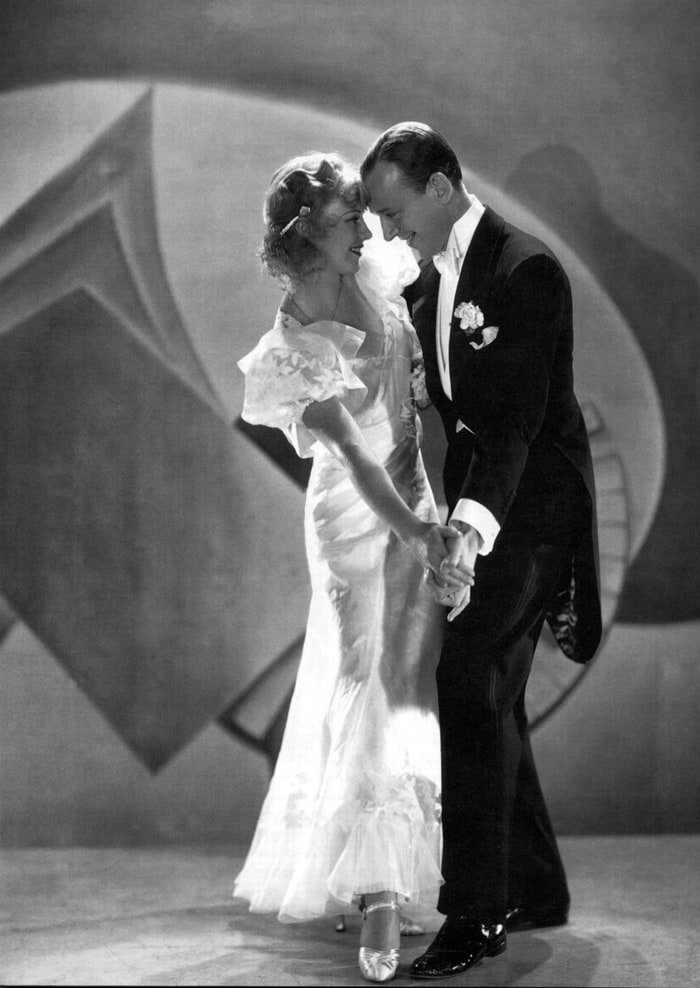 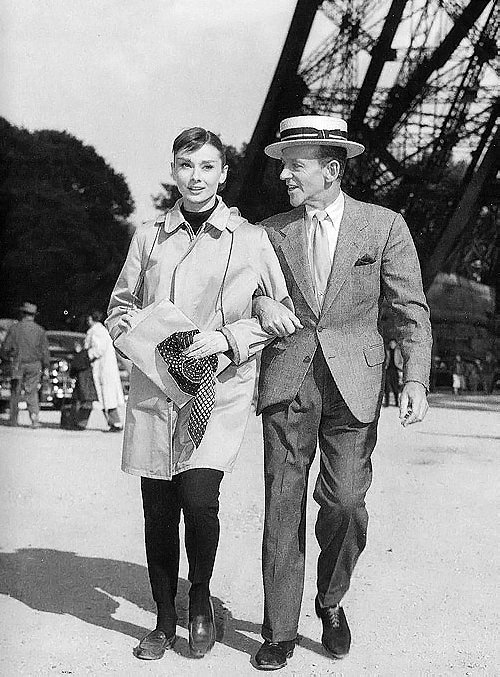 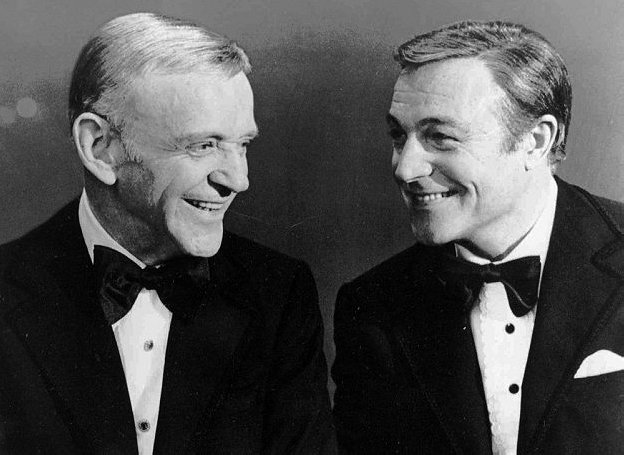 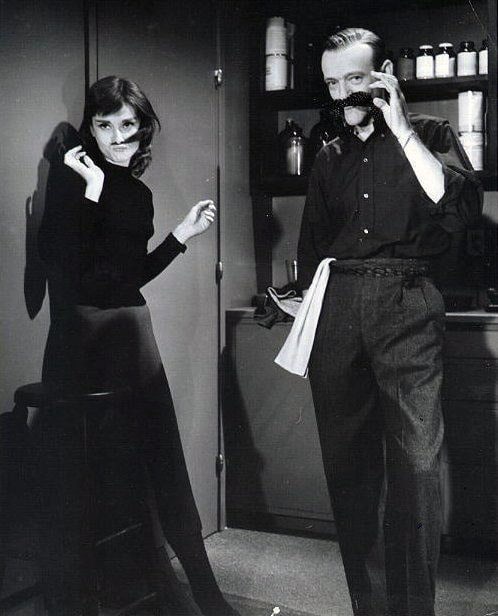 Born on May 10, 1899, in Omaha, Nebraska, Fred Astaire is regarded by many as the greatest popular music dancer of all time. Astaire is usually remembered for his pairings with Ginger Rogers, who starred in several films with him, including Swing Time (1936).

Light on his feet, Fred Astaire revolutionized the movie musical with his elegant and seemingly effortless dance style. He may have made dancing look easy, but he was a well-known perfectionist, and his work was the product of endless hours of practice.

Astaire started performing as a child, partnering up with his older sister Adele. The two toured the vaudeville circuit before making it to Broadway in 1917. Among their many productions the brother-sister team starred in the 1927 George and Ira Gershwin musical Funny Face. For all his early success, though, career in the movies alluded Astaire. He had done a screen test, but he failed to attract any interest. A studio executive wrote at the time, "Can't sing. Can't act. Slightly balding. Can dance a little."

In 1932, Astaire suffered a career setback. His sister Adele retired from the act to marry a British aristocrat. He floundered a bit professionally without his usual partner, but then decided to go to Hollywood to try once more to break into film.

Finally, Astaire landed a small role in 1933's Dancing Lady with Joan Crawford. The role opened the door to new opportunities, and Astaire signed a contract with RKO Radio Pictures. He was matched up with another Broadway talent, Ginger Rogers, for Flying Down to Rio, also in 1933. Cast as supporting players, their dance number stole the movie. Astaire and Rogers appeared in several more films together, including The Gay Divorcee (1934) and Top Hat (1935). The duo became film's most beloved dance team. Their routines featured a hybrid of styles—borrowing elements from tap, ballroom and even ballet. Katharine Hepburn once described what each of them brought their successful partnership: "Fred gave Ginger class, and Ginger gave Fred sex."

Off-screen, Astaire was known for his relentless pursuit of perfection. He thought nothing of rehearsing a scene for days, and Rogers eventually tired of the grueling schedule. The pair went their separate ways after 1939's The Story of Vernon and Irene Castle. Years later, they reunited once more for 1949's The Barkleys of Broadway.

After the split with Rogers in 1939, Astaire performed with such leading ladies as Rita Hayworth, Cyd Charisse, Judy Garland, Leslie Caron and Audrey Hepburn. Some of his most famous musicals from his later career include Easter Parade with Garland and Funny Face with Hepburn.

As his movie roles tapered off, Astaire worked more in television. He often appeared as himself for special tribute shows. Astaire had a growing interest in dramatic parts, working on such series as Dr. Kildare. He also worked with another legendary dancer, Gene Kelly, on the documentary That's Entertainment, which explored the golden era of the movie musical.
Around this time, Astaire received his only Academy Award nomination for his supporting role in the 1974 disaster film The Towering Inferno. He also won an Emmy Award for his work on the television special A Family Upside Down in 1978. More accolades soon followed. Astaire received a Lifetime Achievement Award from the American Film Institute in 1981.

A few years later, Astaire was hospitalized for pneumonia. He died on June 22, 1987, in Los Angeles, California. With his passing, Hollywood had lost one of its greatest talents. Former actor and president Ronald Reagan, upon learning the news, called Astaire "an American legend" and "the ultimate dancer." Ginger Rogers said Astaire "was the best partner anyone could ever have."

Off-screen, Astaire was more casual than his upper-crust characters. He was devoted to his family. Astaire and his first wife, socialite Phyllis Baker Potter, married in 1933 and had two children together, Fred Jr. and Ava. He also helped raise her son from an earlier union. Fred and Phyllis remained a couple until her death in 1954.

Astaire shocked friends and family when he remarried in 1980. His second wife was Robyn Smith, a famous jockey. Despite a more than 40-year age difference, the pair's mutual interest in horses and racing turned into romance. After his death in 1987, his widow has been a fierce protector of his name and image. She has filed numerous lawsuits to prevent any unauthorized uses of his likeness or name. In 1997, however, she granted permission for film clips of Fred Astaire to be changed and used for a series of vacuum cleaner commercials.

Endearing Photographs Of Animals On The Beach by Milena

Unbelievable Photographs Of National Parks From .. by Milena

The PoPo, part 1 by Iceviper