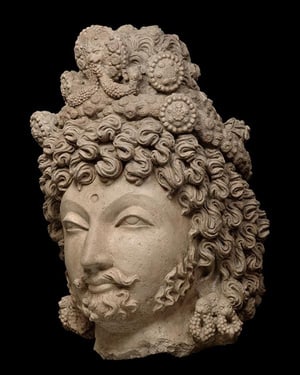 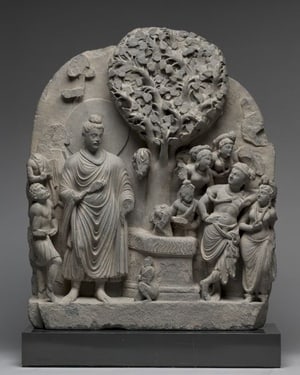 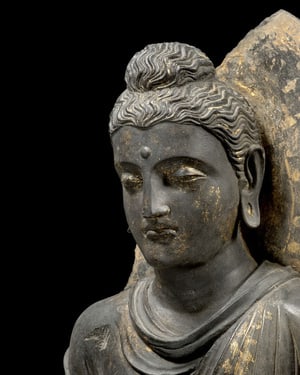 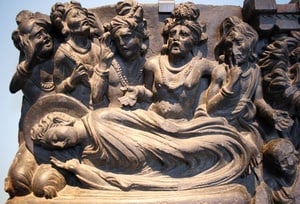 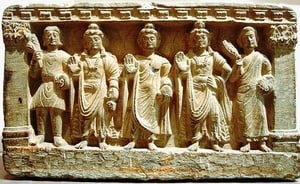 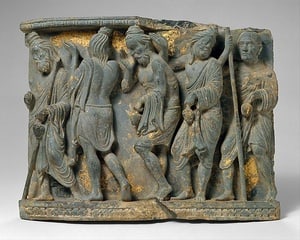 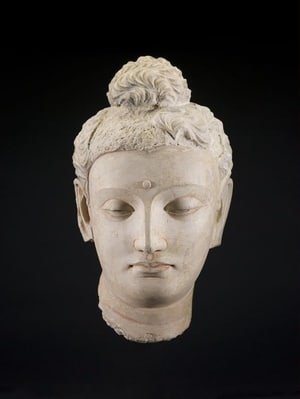 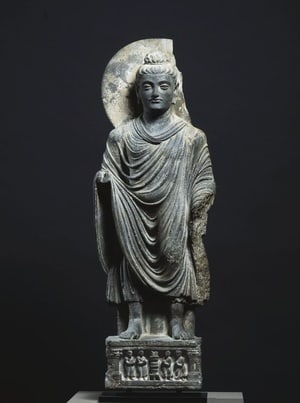 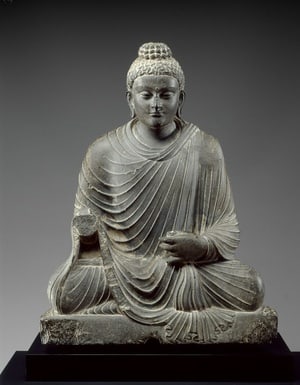 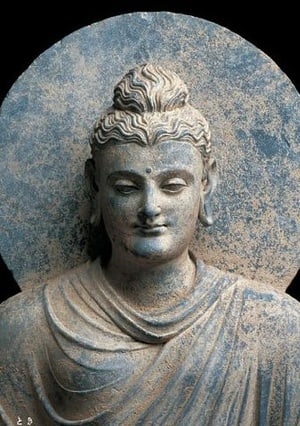 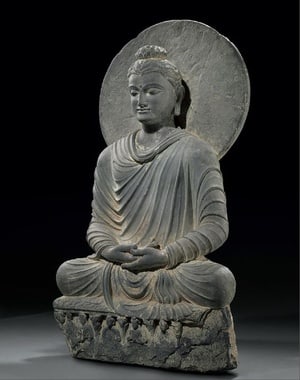 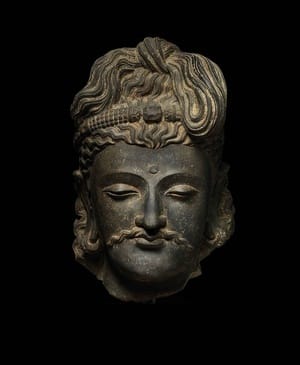 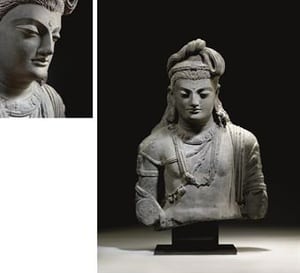 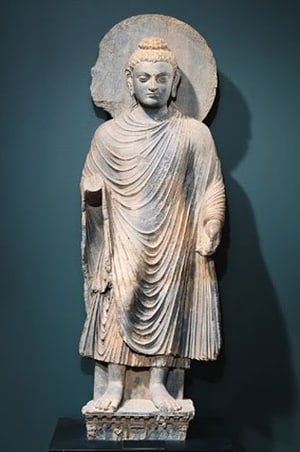 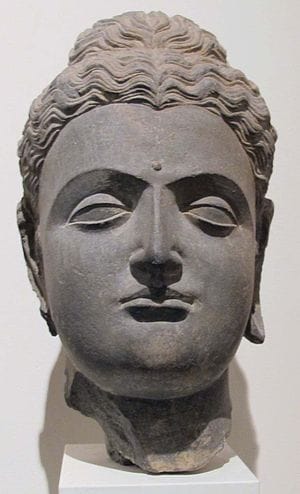 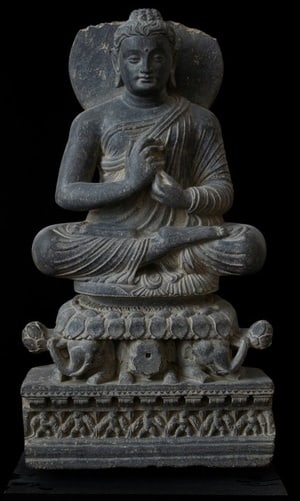 Greco-Buddhist art is the artistic manifestation of Greco-Buddhism, a cultural syncretism between the Classical Greek culture and Buddhism, which developed over a period of close to 1000 years in Central Asia, between the conquests of Alexander the Great in the 4th century BC, and the Islamic conquests of the 7th century AD. Greco-Buddhist art is characterized by the strong idealistic realism and sensuous description of Hellenistic art and the first representations of the Buddha in human form, which have helped define the artistic (and particularly, sculptural) canon for Buddhist art throughout the Asian continent up to the present. It is also a strong example of cultural syncretism between eastern and western traditions.

The origins of Greco-Buddhist art are to be found in the Hellenistic Greco-Bactrian kingdom (250 BC- 130 BC), located in today’s Afghanistan, from which Hellenistic culture radiated into the Indian subcontinent with the establishment of the Indo-Greek kingdom (180 BC-10 BC). Under the Indo-Greeks and then the Kushans, the interaction of Greek and Buddhist culture flourished in the area of Gandhara, in today’s northern Pakistan, before spreading further into India, influencing the art of Mathura, and then the Hindu art of the Gupta empire, which was to extend to the rest of South-East Asia. The influence of Greco-Buddhist art also spread northward towards Central Asia, strongly affecting the art of the Tarim Basin, and ultimately the arts of China, Korea, and Japan.

AMWF Relationships in Cinema and TV by shotswerefired

Artwork by Amanda Conner by SA-512

Passion and Agony by Nusch

Flirting with Death  by Nusch