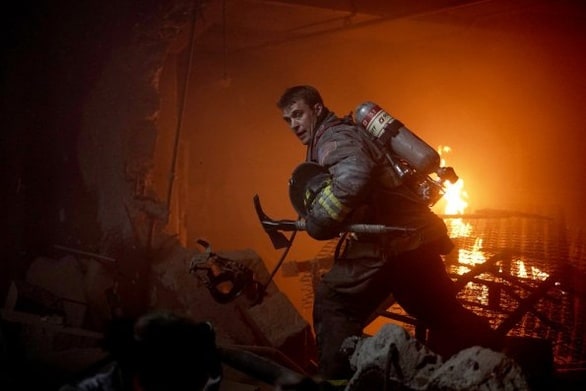 In the season 8 premiere, the mattress factory fire [later addressed as the Arnow Mattress Fire] spirals out of control. Truck and Squad lay it on the line in hopes of getting the trapped victims out alive. 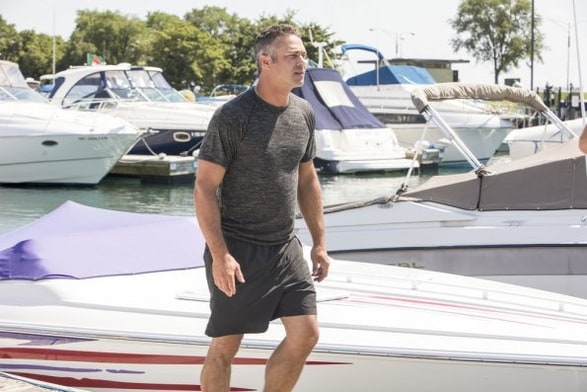 Casey struggles to get Chief Boden to sign off on an energetic new recruit (Blake Gallo). Against her better judgment, Foster extends an olive branch to her irritating new medic. Otis inspires Herrmann to seek new partners at Molly's. Brett realizes life in Fowlerton will take some getting used to. 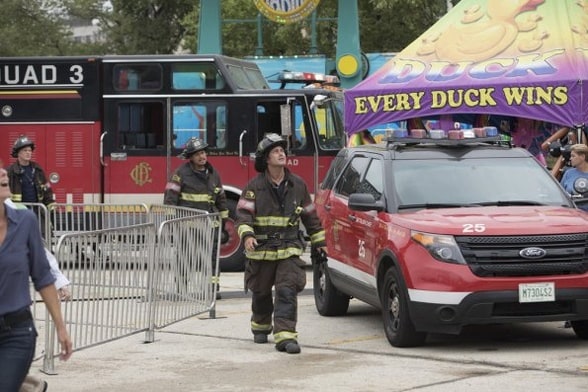 Brett and Foster question the suspicious circumstances surrounding a brutal attack at a juvenile detention center, which leaves them searching for the truth. A convoluted new technology installed inside Firehouse 51 tests everybody's patience. Kidd gets chosen to represent the district at a leadership conference. 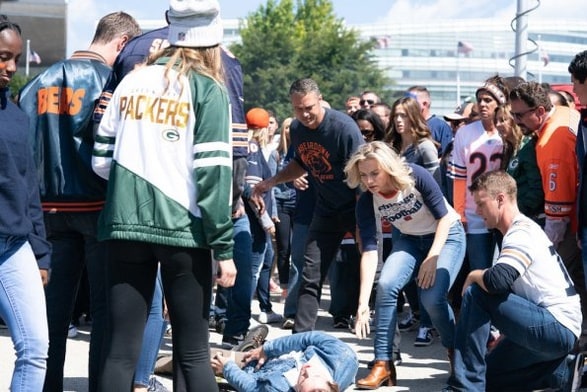 In the first part of a three-show crossover event, a rare-but-deadly bacteria takes its toll on numerous victims around the city, leaving Chicago’s finest first responders to work together alongside the CDC to resolve the dangerous situation. Following a fire at a local university that ties into the outbreak, Severide has suspicions that something bigger is happening. 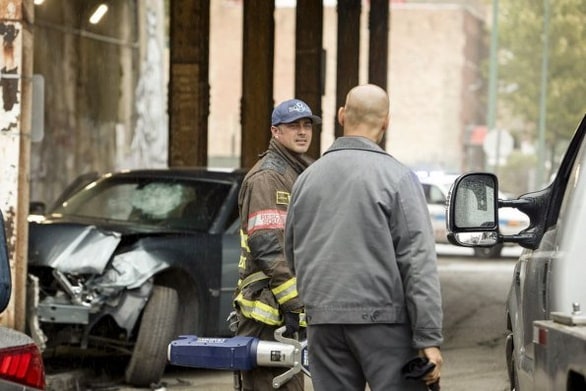 Kidd must prove herself at the National Firefighter Leadership Conference while the rest of Firehouse 51 is called to two eerily similar car wrecks. Mouch tries to keep everyone in the firehouse informed by starting a newsletter, but things quickly get out of hand. Cruz deals with heartbreak. 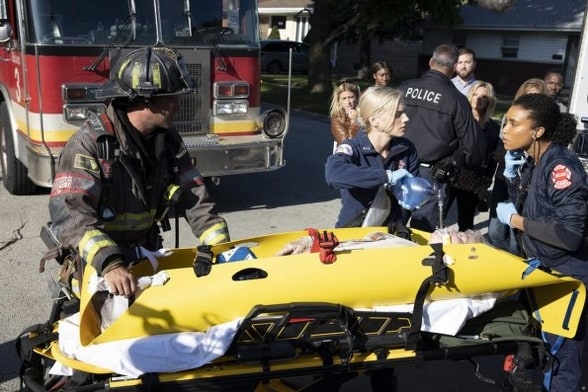 8x07 - Welcome to the Crazytown 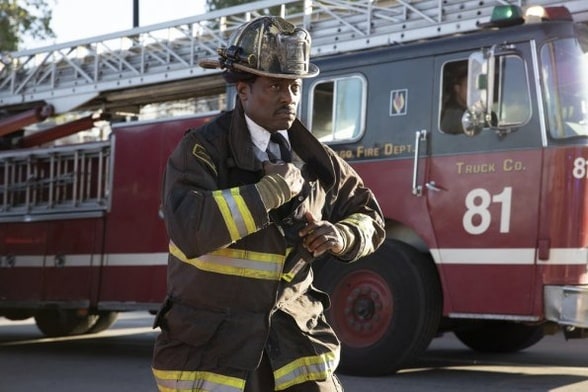 Severide must make a tough decision about the future of his career at Firehouse 51. Herrmann deals with the consequences of his temper after a run-in with a Chicago police officer. Cruz is excited to demonstrate the Slamigan at the Firefighting Expo. Commissioner Grissom returns. 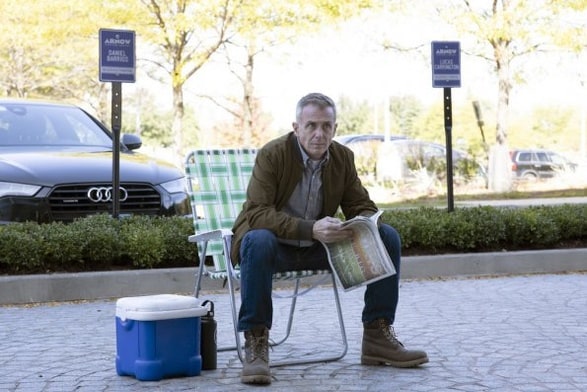 Severide begins his assignment at the Office of Fire Investigation and gets off on the wrong foot when, despite his orders, he reopens an old case. When the cause of an apartment fire hits close to home, Herrmann is on a mission to get to the bottom of it. Kidd finds herself burning the candle at both ends. 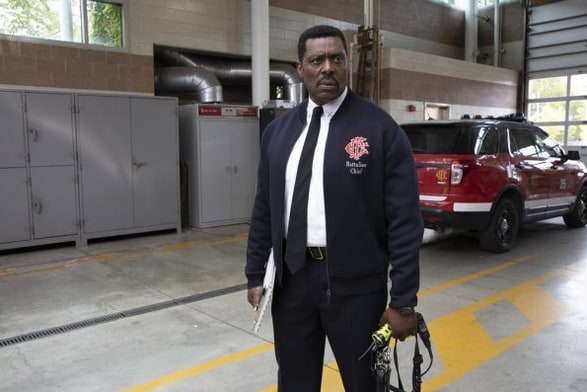 An unexpected visit throws Casey for a loop. Severide sets out to exonerate a wrongly convicted arsonist. Kidd pays the price for burning the candle at both ends. Cruz goes on a mission to fix one of Otis’ old toys. 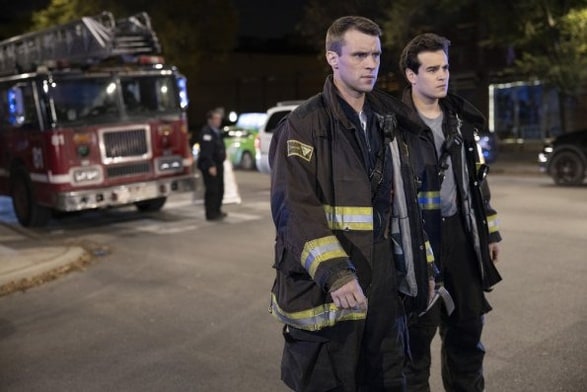 Members of Firehouse 51 are dismayed to learn their boundaries have been redrawn to overlap with an adjacent station and problems quickly arise. Casey and Gallo hunt a missing piece of equipment. Brett and Foster find themselves at odds. Mouch tries the find the recipient of a mysterious letter he discovers. 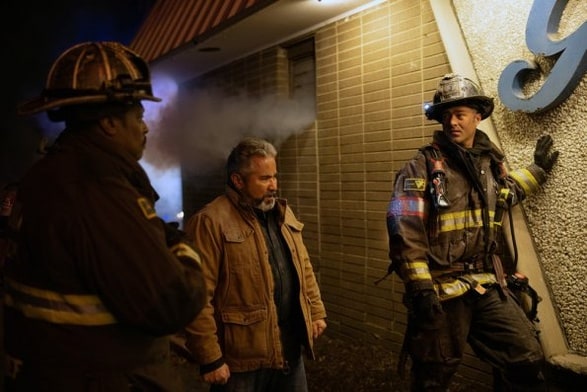 A pest control problem forces to the 51 team to temporarily bunk with Firehouse 20. All under the same roof, Casey clashes with Capt. Delaney while Foster, Kidd and Brett fear Capt. Leone has it out for them. Boden mulls a procedural overhaul. 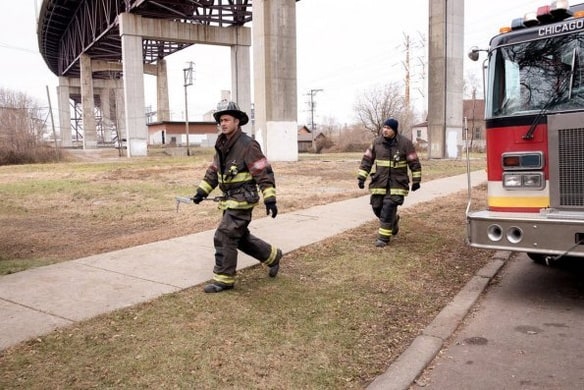 A series of false alarms at a private school hinders the firehouse's ability to respond to legitimate emergency calls. Kidd asks for ideas to surprise Severide on his birthday. Cruz and Brett rent out their extra room, but the new tenant s more than they bargained for. 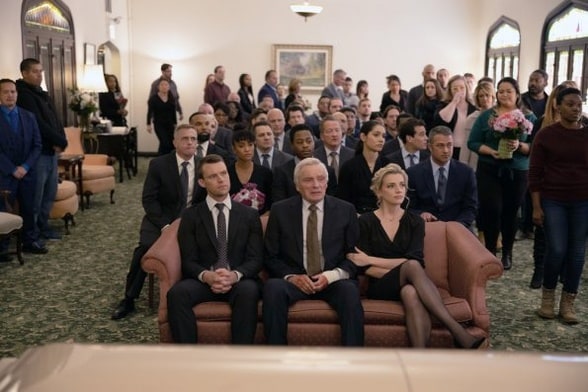 The surprising arrival of a new fire truck brings both joy and chaos to members of Firehouse 51. Boden and Severide are asked to make peace with an old foe for the greater good. Brett receives family news while Foster plans a party with friends. 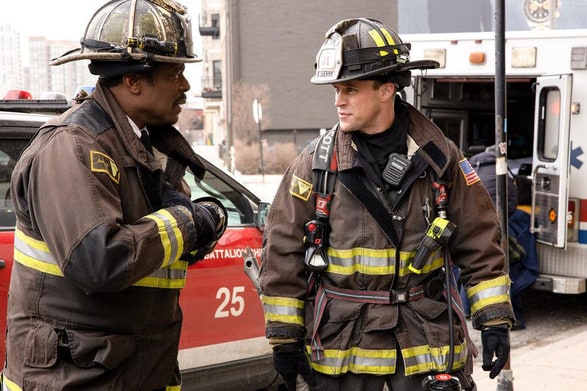 A series of mysterious gas leaks has members of Firehouse 51 puzzled and spread thin. Brett's conflicted when her birth mother gets serious about tracking her down. Severide misunderstands his role as Cruz's best man. Mouch bites off more than he can chew. 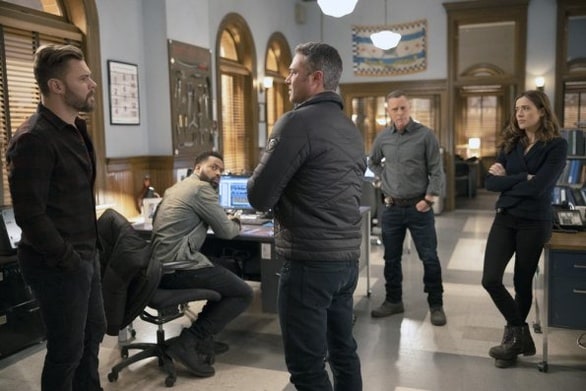 In a two-show crossover event with Chicago P.D., (Season 7 Episode 15 - Burden of Truth) a series of teen opioid overdoses sees Severide partner with Sean Roman, but begins to suspect there's more to the story than his old friend is telling him. Casey tries to be there for Brett as she considers her birth mother's offer to meet.

8x16 - The Tendency of a Drowning Victim 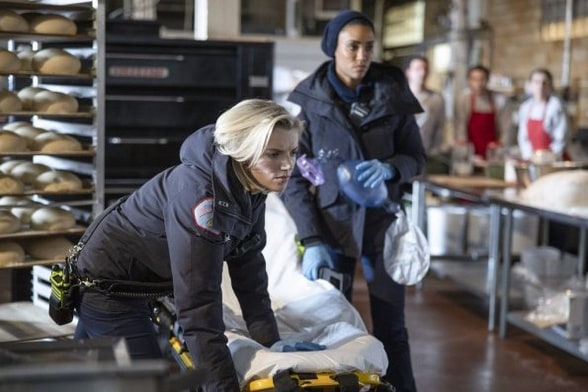 Boden is on edge after starting a new diet. Casey and Severide disagree on a call. Brett's a birth mother shares life-altering news. A familiar face has a proposition for Herrmann. 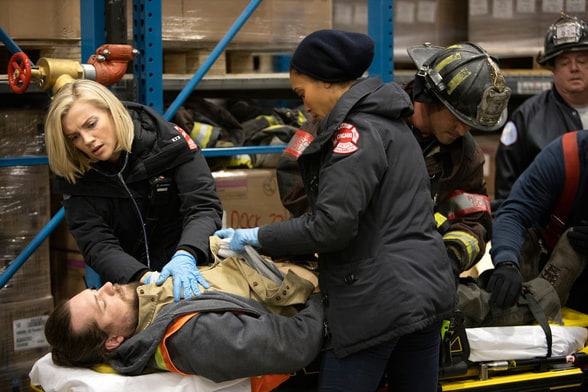 Things get personal for Casey and Gallo in the aftermath of a suburban house fire involving a mother and her young son. Herrmann campaigns for more respect. Kidd has an idea for giving back to her community. 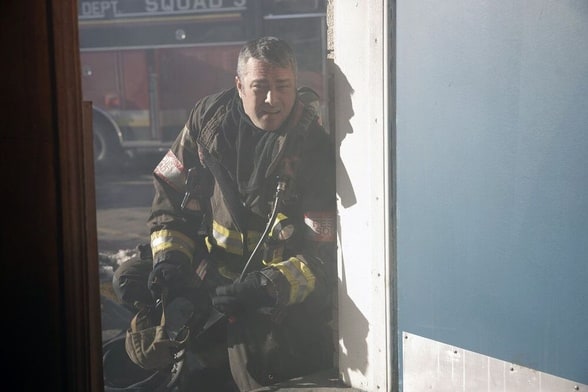 Lt. Severide teams up with Seager and the OFI when a motel structure fire turns suspicious. Firehouse 51 members become amateur sleuths following a Reddit post involving one of their own. Brett continues to get invested in her birth mother, Julie. 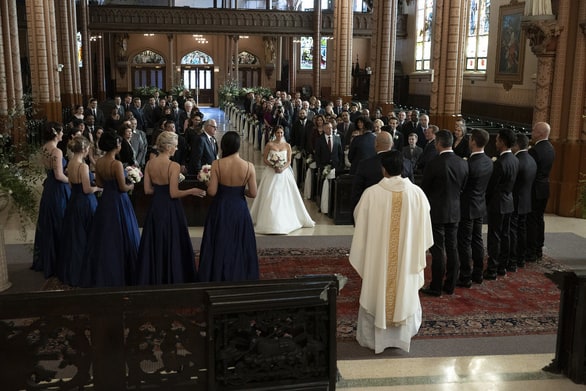 Tension builds when a group of protesters attempt to lock down the firehouse. Brett is faced with a monumental decision. Cruz readies himself for a big day. Gallo and Ritter attempt to launch Firehouse 51 into the social media age. 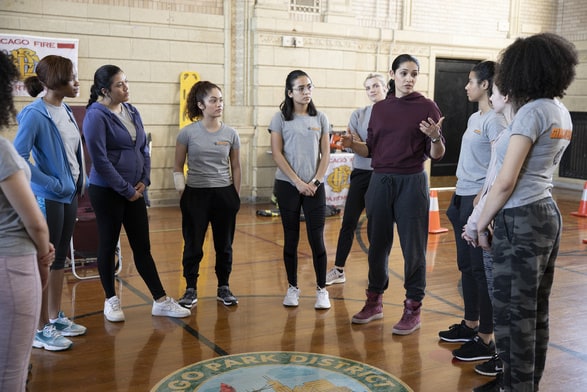 When one of 51's own gets injured a call, Lt. Severide becomes obsessed with helping out. Foster contemplates a big decision. Kidd is concerned for one of her high school trainees.