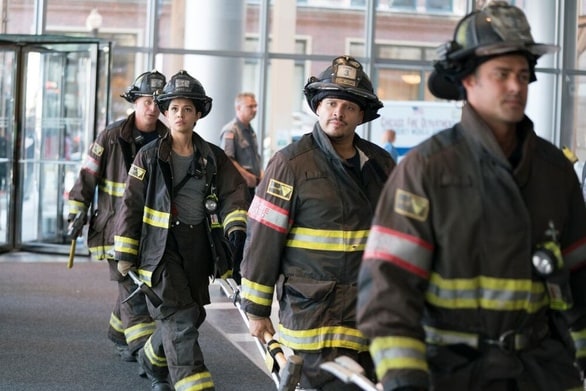 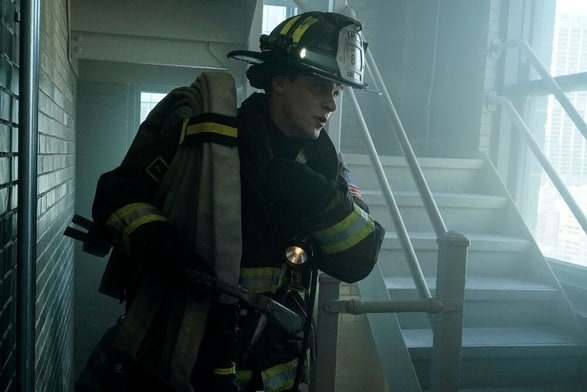 Firehouse 51 is faced with a daunting challenge when an out-of-control blaze consumes a 25-story apartment complex, trapping victims on the top floors. Complicating the rapidly escalating situation, members soon discover that someone close to home may be one of the trapped victims. 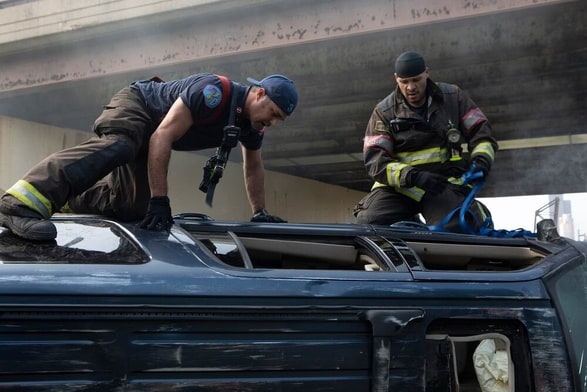 Chief Boden becomes increasingly sceptical of Assistant Deputy Commissioner Gorsch's motives, while Severide gets wrapped up in a difficult situation following the rescue of a child from a car wreck. Trying to fit in with the rest of the firehouse, Foster is tasked with doling out some personal advice to Cruz. 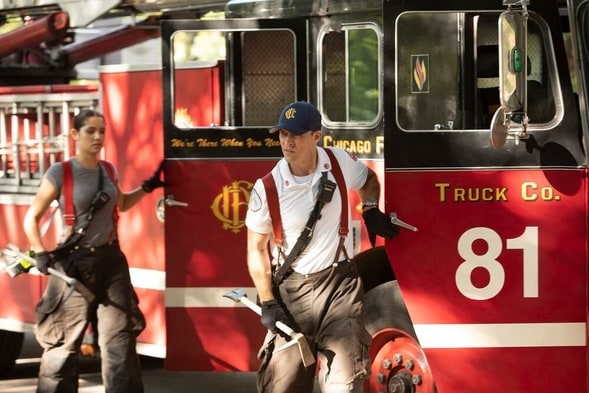 Firehouse 51 is on high alert when a series of Vietnam war grenade explosions rock the city. Herrmann adjusts to his new duties and Kidd gets a visit from an old friend. 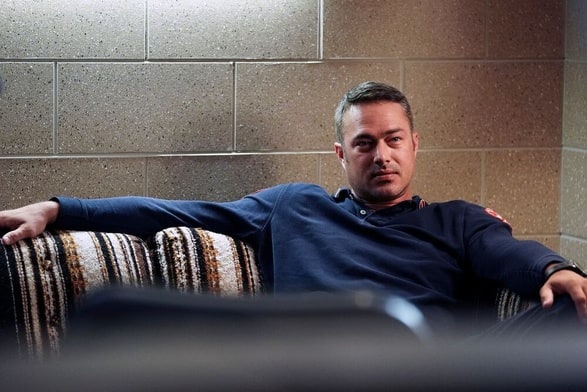 Working alongside a journalist, Casey does some digging into the cause of a trailer park fire. Boden hits his breaking point while Mouch, Herrmann and Cruz work to figure out why Molly's isn't performing up to expectations. 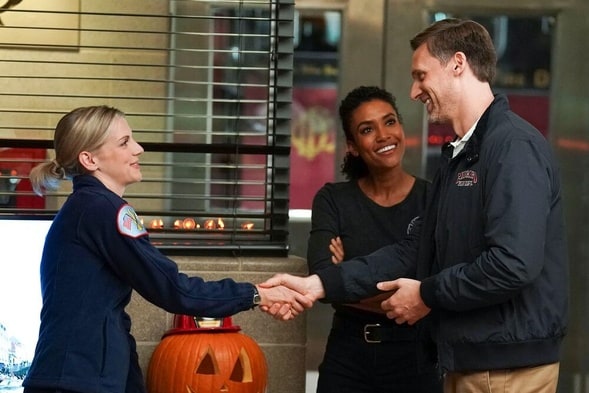 Halloween is in full effect for Foster and Brett, who are summoned to a home where a prank has quickly turned serious. Gorsch continues his reign of terror on Firehouse 51. 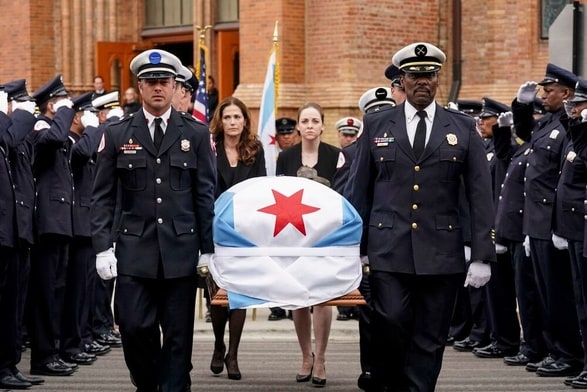 Severide faces some major adversity and Kidd is on a mission to help in any way she can. Following a car accident rescue involving a teenage girl and her young sister, a suspicious Brett has an unsettling feeling there is more to the story than what appears on the surface.

7x08 - The Solution of Everthing 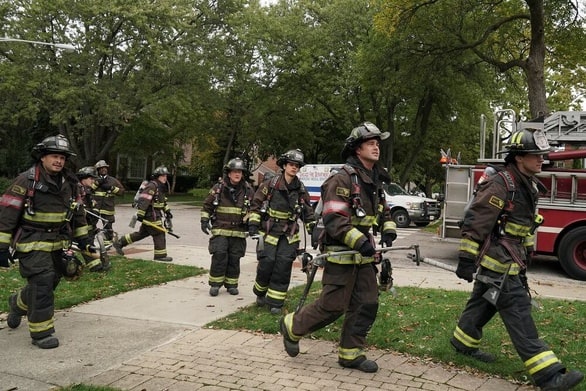 Firehouse 51 is called in to battle a dangerous structure fire that places everyone in peril. Severide makes a big personal realization. Casey lends another helping hand to Naomi, the investigative reporter. 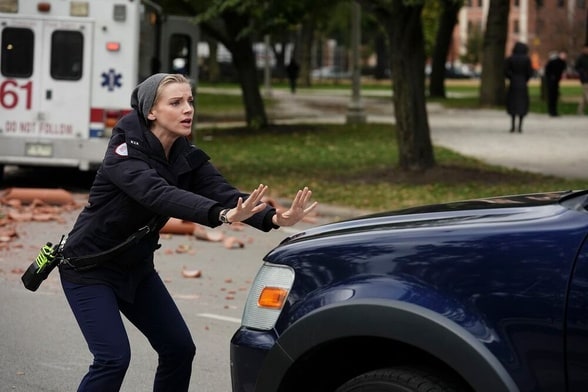 Stakes are high when a massive car pile-up on the freeway impacts someone dear to the firehouse family. Brett and Foster encounter a harrowing call while Kidd and Severide find their relationship being tested. 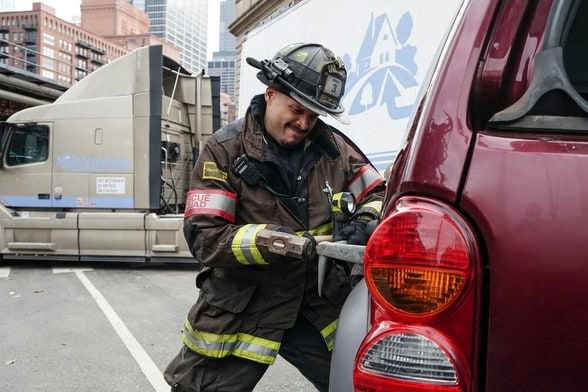 A dangerous situation leaves Casey and Naomi in peril. Foster and Brett are in charge of planning a field trip visit to the station while Severide and Kidd go through tough times. 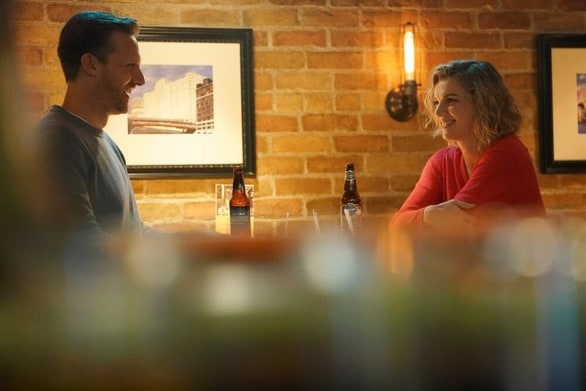 Severide's side project of fixing the boat for a wealthy acquaintance turns complicated and personal. Meanwhile, his relationship with Kidd is at a crossroads. Brett helps Casey search for a new apartment and Firehouse 51 decides to enter Tuesday in a dog competition. 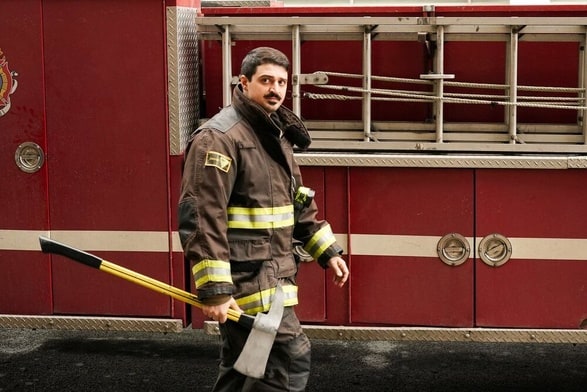 When the firehouse is called to a motorcycle crash, Casey and Severide sense that the details don't add up and work to determine exactly what transpired. A rift develops between Mouch and Otis. Brett, Foster and Kidd work to secretly fix a dent in the ambulance bumper they believe they unknowingly caused. 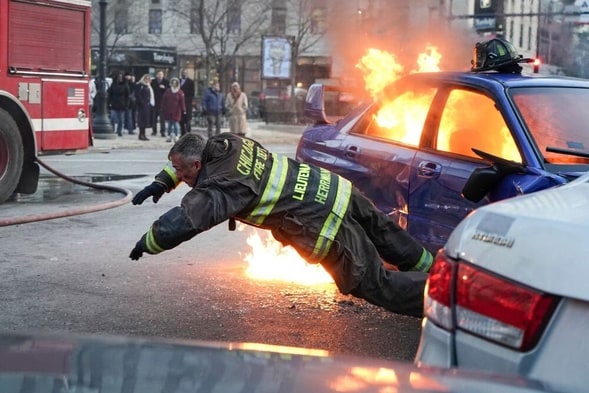 Cruz leads the charge in getting the firehouse to gear up for the Polar Plunge. Herrmann has a hard time bouncing back after dealing with a tough call. Foster's personal relationships begin to interfere with her job. 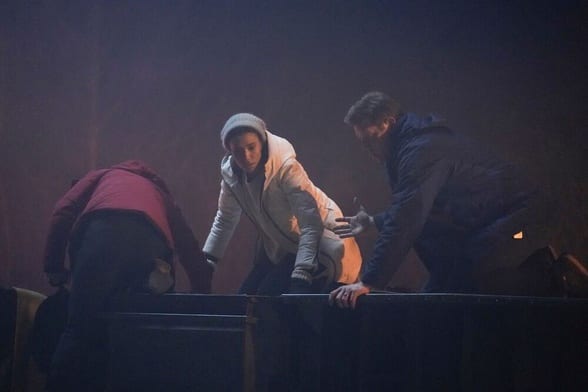 Brett, Foster and Kidd take a road trip to Indiana for a getaway and encounter a bus accident involving a boy's hockey team that will leave them scrambling and relying on their instincts to save those hurt in the accident. The rest of Firehouse 51 competes in the annual Chili Cook-Off. 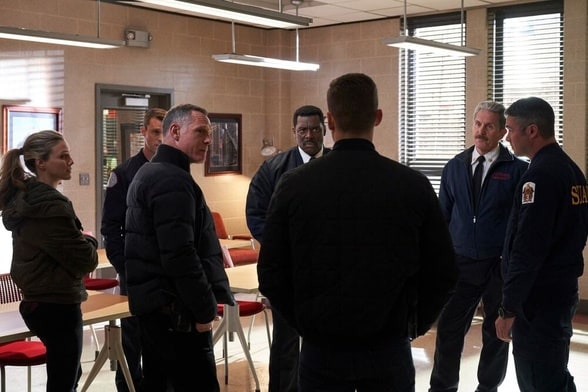 In the first part of a crossover with Chicago P.D., (Season 6, Episode 15 - Good Men) a spate of robberies comes to light after a firehouse lockbox key goes missing. CPD's Voight has suspicions that a firefighter may be involved, and, with Boden's support, he recruits Cruz to go undercover and help sniff out any suspicious activity. 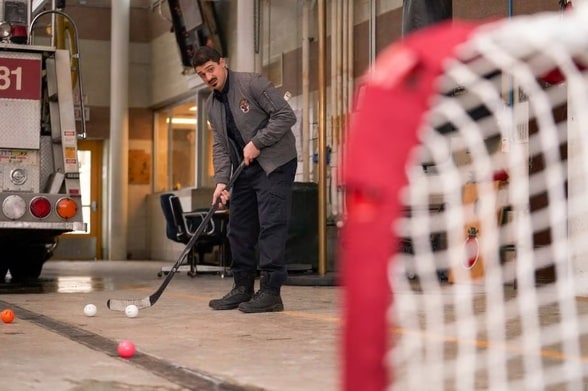 During an emergency call, an unsuspecting Lt. Casey suddenly finds his life in peril. Grissom warns the firehouse that they will need to gear up for a performance evaluation. Otis discovers he won a raffle prize at a recent fundraiser and Brett is met with challenges in her personal life. 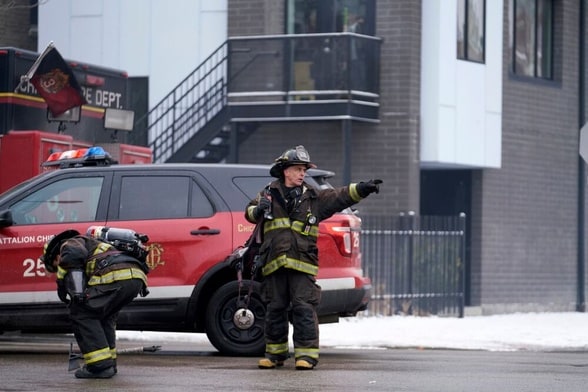 Tensions run high between Casey and Herrmann after the firehouse responds to an apartment complex fire. After discovering something extremely suspicious during the call, Kidd and Severide do some investigating and get CPD on the case. Brett struggles to deal with her emotions while Herrmann's wife, Cindy, hopes to get her interior design business on track by taking a stab at redoing the common room.

Severide gets angry at Cruz when he feels his orders were disobeyed in the field. Boden reconnects with an old high school friend during a call to a house fire. Herrmann has issues when one of his favourite knick-knacks from Molly's goes missing.

7x19 - Until the Weather Breaks 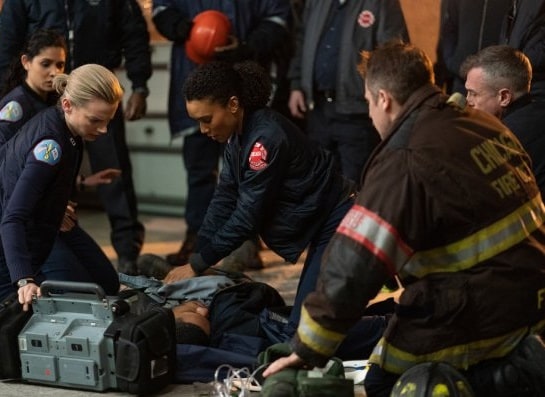 A horrible storm wreaks havoc on Chicago and impacts Firehouse 51 when the power goes off. A little boy mysteriously shows up at the station and everyone works together to uncover who he belongs to and why he ended up there. Foster and Kidd argue about Severide. 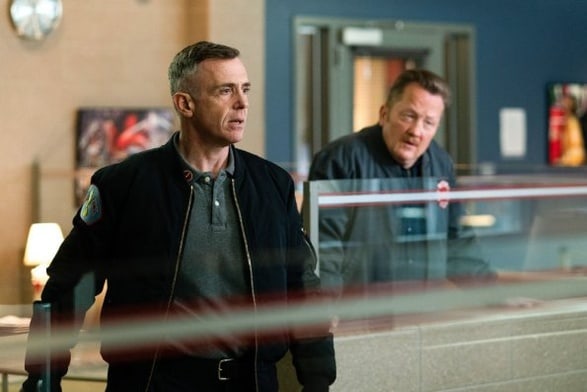 Severide and Boden search to uncover whether arson was the cause of a fire at a hair salon. Mouch, Herrmann, Otis and Kidd make a startling discovery in tracking down the missing piercing nozzle from Engine 27. 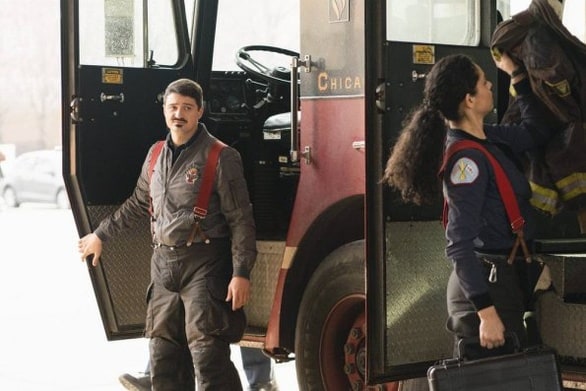 A serial arsonist cold case is reopened when Lt. Severide finds a connection to a recent salon fire. Firehouse 51 celebrates a retirement party. 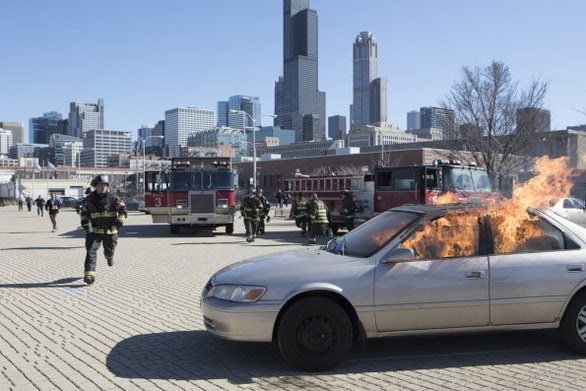 As Severide and Kidd continue to investigate Benny's old arson case, unexpected news leads Brett to ponder a big decision and all hell breaks loose as the season concludes.