0
The Day of Reckoning (Star Wars: Jedi Apprentice, Book 8)... - Jude Watson
Technically I only read half of this book in 2013, as I started it in 2012 but then I left it at my flat when I went home for Christmas. Sooo, I picked up where I left off in the 22nd and finished it the following night.

Not exactly the most acedemic book admittedly, but had to finish nonetheless. It was a pretty good read, fairly short so it wasn't anything strenuous to get through. I would advise it to any Star Wars fan as it's a good story and I wouldn't of minded seeing a live action adaptation, but that boats long sailed for that since the events of this book are set before Phantom Menace. It tells the tail of Qui Gon and Obi Wan working together as padawan and master (although not officially) and ultimately defeating a sith and restoring order to a corrupt planet named 'Thani' (hehe).
FG93's rating:

0
Treasure Island - Robert Louis Stevenson
Had this on my Kindle for quite some time and wanted to read it for a while but other books and periods of not being bothered to read got in the way, but now I'm finally on to it.

I'm not sure why I never read this when I was younger but oh well, it was a good read, one I think everyone should read at some point!
FG93's rating:

0
Batman # 14 2012 - Death of the Family - DC Comic Book...
Not usually my style to read something else while I'm mid way through another book, but for a comic book I made the exception. My girlfriend had all the Batgirl series of this so I had a read too.

They are pretty good, kind of dark for a comic book, but then again I haven't read one in years. It's an on going series so maybe I'll get to read the rest at some time.
FG93's rating:

It appears I've been avoiding my reading again all through March, oops :r

0
Cowboys & Aliens - Luciano Lima,Andrew Foley,Fred Van Lente
I found this graphic novel in a book shop a few months ago for just £1.99 and couldn't resist! I've already seen the film but I guess the parts the film leaves out could be pretty interesting. Starting this tonight.

It was quite good, quite a cool idea, no where near as good as the film version though.
FG93's rating:

0
A Game of Thrones (A Song of Ice and Fire, Book 1)... - George R.R. Martin
I've watched and have really enjoyed the TV series so far, I'm really interested by all the stories, the characters and the entire world, and so I thought I may as well read the books too, it's a pretty long book so it'll probably take me ages to finish ;o

0
Sin City, Vol. 1: The Hard Goodbye - Frank Miller_II
Was raiding my brothers DVD collection one day I found his Sin City was in a box too big to contain just the DVD and so I went snooping and found in there was the three stories that are shown in the film, The Hard Goodbye, The Big Fat Kill and That Yellow Bastard. I need to read them asap since he will be back from uni soon and probably wouldn't let me borrow them!

I started with my favourite characters story, Marv. After reading this, I have to say the film really portrayed the whole story well, especially the characters. Marv is so cool, the ultimate beast who you would want on your side in a bar fight.
FG93's rating:

0
The Purging of Kadillus (Space Marine Battles)...
I went on holiday with the origional intention on resuming A Song of Ice and Fire, however I found this in the WHSmiths at the airport. So glad I found it...

I really enjoyed reading this book (probably partly due to the fact I was in sunny Spain at the time). Even though I knew a few thinks about the Warhammer 40,000 universe from when I was a younger I wouldn't say you needed to know any of it to enjoy this book as it just makes a great war against aliens book anyway. 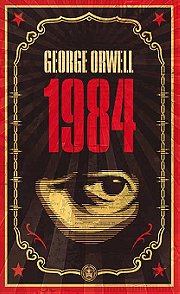 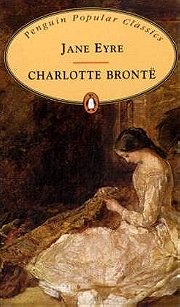 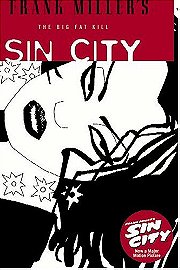 Okay so I've been slacking off for too long this year already, watching films and stuff, nothing much academic, but now I'm back at my uni flat for the new semester, so I need to get my brain active again and so I'm back to getting some reading done!

I usually read a few chapters a night so don't expect any of this read an entire book in a day business ;D

*Suggestions for what books to read are welcome!

Movies Memories that Defined My Childhood by Yokihana

My Top 20 Halloween Favorites: Frankenstein by The Mighty Celestial

Masters of Horror - Best to Worst by the giraffe

Netflix Instant Project for 2013 by the giraffe

My Favorite Directors by hsallinen