Sort by: Showing 21 items
Rating: List Type:
For my other Best albums lists for this decade, please visit my Best albums of the 00s list. All videos chosen for quality of sound, rather than visuals.

0
Year Zero - Nine Inch Nails
Were this simply an album, it would be farther down my list. However, in 2007 Trent Reznor partnered with 42 Entertainment to produce an Alternate-Reality Game (ARG) that created a view of a dystopian future through a series of websites. Some labeled it a marketing tactic, but Reznor publicly announced that it was simply the way Year Zero was meant to be experienced. I was among the NIN fans who eagerly participated in the experience, and so largely because of the ARG surrounding Year Zero & all the time I spent lost in that world, the album (& therefore overall experience) earns its place at the top of my list.
Favorite song: "the great destroyer"

(For an entertaining mockery of this video, you should check out this video.
the giraffe's rating:

0
The Inevitable Rise and Liberation of Niggy Tardust... - Saul Williams
My favorite current poet (Saul) teams up with my favorite artist (Trent)...surely you're not surprised to see this album here?
Favorite song: "Niggy Tardust"/"No One Ever Does" (tie)

0
Curses - Future of the Left
From the ashes of Mclusky came Future of the Left, and as a late Mclusky fan (got into them less than a year before they broke up) I had to hear them. And I still can't stop listening to this album.
Favorite song: "my gymnastic past"

"Rock-against-Rock pioneers Sleepytime Gorilla Museum celebrate the extremes of sonic debilitation, with this muffled cry into the dark night of the soul. Triumphantly smothered within the intricate stylings of musical evolution, the expansive world of literature and the pain and passion of one’s emotions, the Oakland, California-based band have once again imbedded themselves deep in the creative process, allowing themselves to reach new plateaus on their latest album In Glorious Times."
--from a press release by The End Records

0
Strange House - The Horrors
Favorite song: "She Is the New Thing"

This self-titled album is more of a collection of songs than an album, and so the whole thing felt like a step down from their other work. The first several times I listened to it I loved some songs, but couldn't get into others. After seeing them play most of the album live, however, I finally found my way into the songs I wasn't so enthusiastic about. At first I started only listening to the album at night (which really helps about half the songs here sound better for some reason), but it wasn't long before I could listen to it any time.
--me, from my Albums that grew on me list 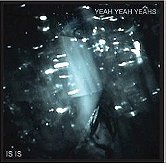 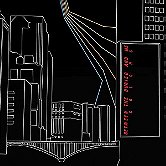 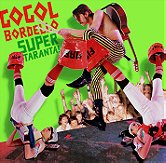 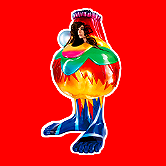 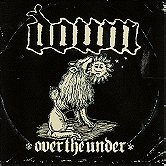 Fun fact: The top 2 albums here both earn their spots courtesy of the internet, in addition to having the common element of Trent Reznor's involvement. Niggy Tardust was released digitally first, with the option that you could either download it for free or pay $5 for it if you wanted to support it (I paid). As for Year Zero, see my notes for it.

One Thanksgiving Film for 24 Days by AFIoscar

Top 50 most obscure Listal movies I have seen by Dbcook

Best albums of 2000 by the giraffe

Albums > singles by the giraffe