Around the world with ...a sandwich. 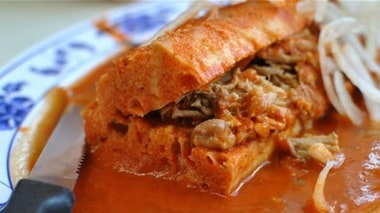 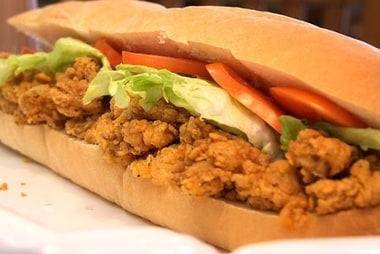 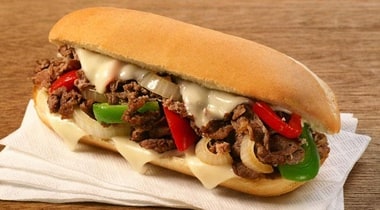 Philadelphia cheesesteak -USA.
A sandwich made from thinly-sliced pieces of steak and melted cheese in a long roll. 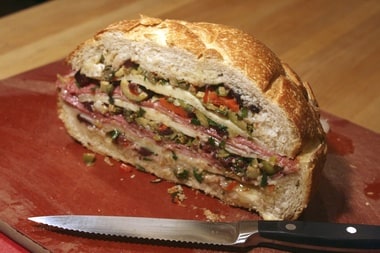 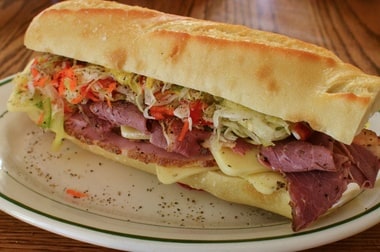 Submarine sandwich-USA.
A submarine sandwich, also known as a sub, wedge, hoagie, hero, grinder, baguette, or one of the many regional naming variations, is a type of sandwich that consists of a long roll of Italian or French bread, split widthwise either into two pieces or opened in a "V" on one side, and filled with a variety of meats, cheeses, vegetables, seasonings, and sauces. 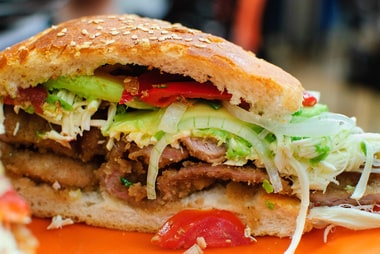 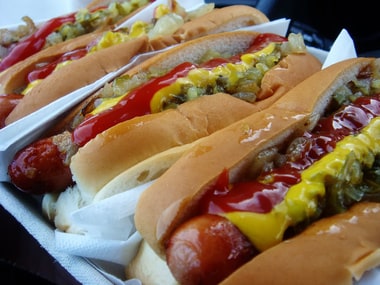 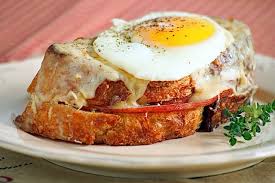 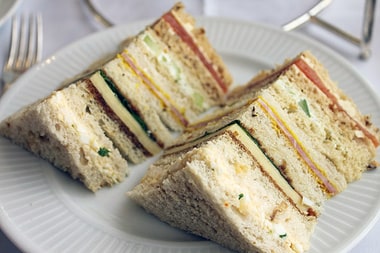 Tea Sandwich - United Kingdom
The bread is traditionally white, thinly sliced, and buttered. The bread crust is cut away cleanly from the sandwich after the sandwich has been prepared but before serving. Modern bread variations might include wheat, pumpernickel, sour dough or rye bread.
Fillings are light, and are "dainty" or "delicate" in proportion to the amount of bread. Spreads might include cream cheese or mayonnaise mixtures, and the sandwiches often feature fresh vegetables such as radishes, olives, cucumber, asparagus, or watercress. The cucumber tea sandwich in particular is considered the quintessential tea sandwich. Other popular tea sandwich fillings include pimento cheese, ham with mustard, smoked salmon, fruit jam, curried chicken and egg salad. 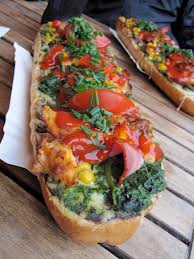 Zapiekanka -Poland.
A baguette or bread grilled with mushroom and cheese, sometimes also with ham or other types of meat, or vegetables. 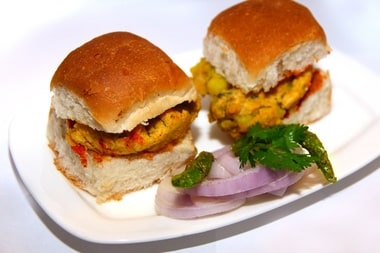 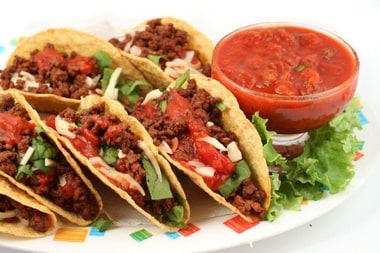 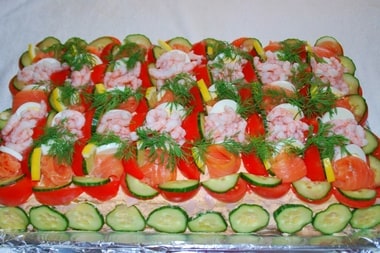 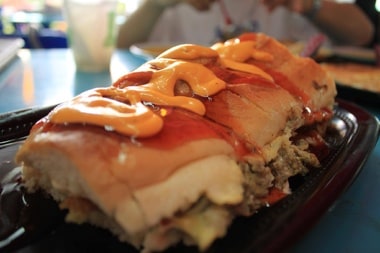 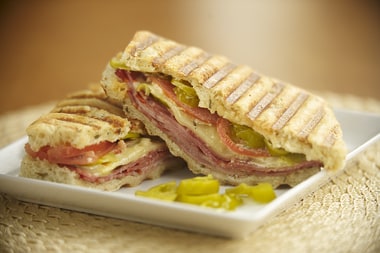 Panini-Italy.
Ciabatta, rosetta or baguette with salami, ham,mortadella,mozzarella,basil and mayonnaise. 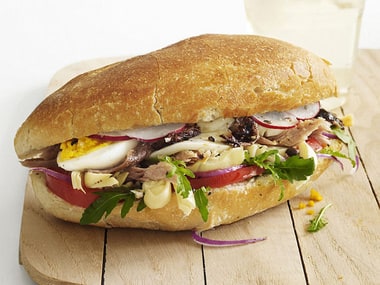 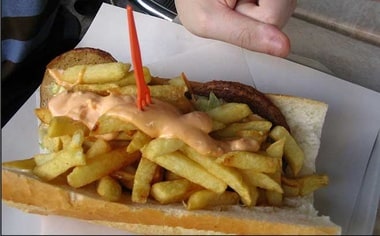 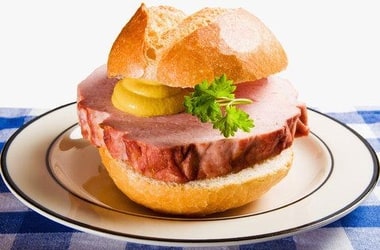 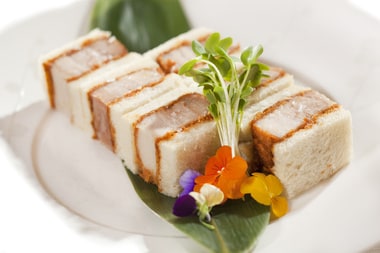 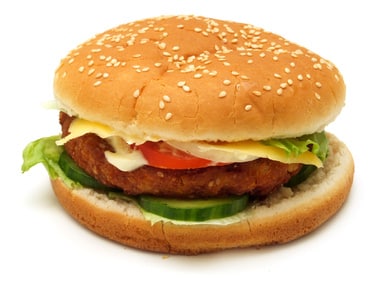 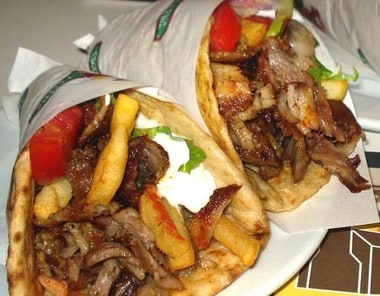 Gyros -Greece.
Hot dish of meat roasted on a vertical spit and usually served in a pita bread with tomato, onion, and tzatziki (cacık) sauce. 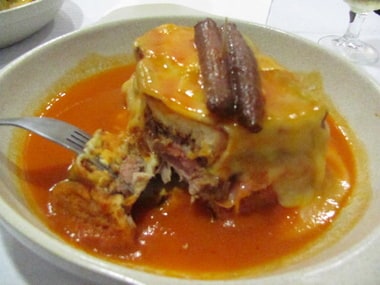 Francesinha-Portugal.
Sandwich made with bread, wet-cured ham, linguiça, fresh sausage like chipolata, steak or roast meat and covered with melted cheese and a hot thick tomato and beer sauce served with french fries. 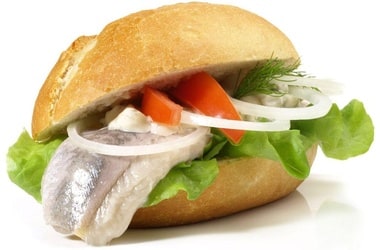 Fischbrötchen-Germany.
Sandwich made with fish and onions, sometimes also made with remoulade and pickles. 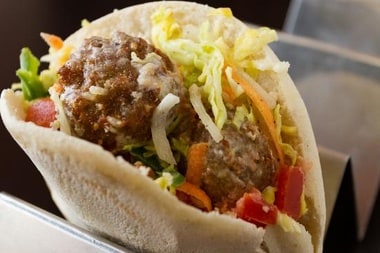 Falafel-Middle East.
Deep-fried ball or patty made from ground chickpeas, fava beans served in a pita. 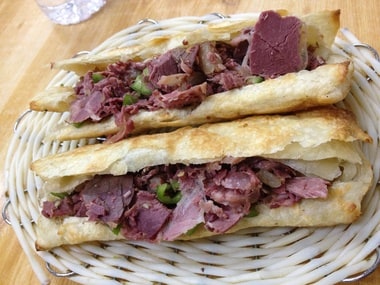 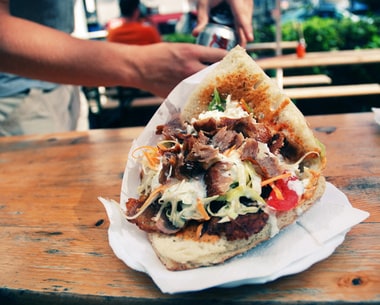 Döner kebab- Turkey.
Doner kebab may be served wrapped in a flatbread such as lavash or pita . 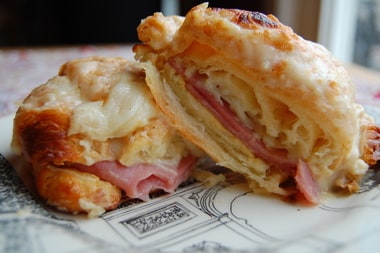 Croque-monsieur-France.
Sandwich with a grilled ham cheese a béchamel sauce. 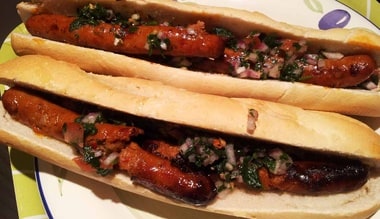 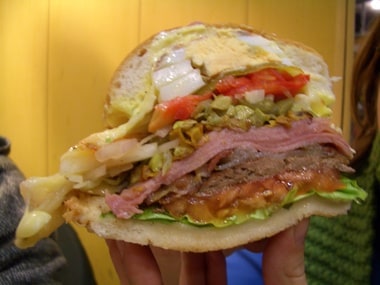 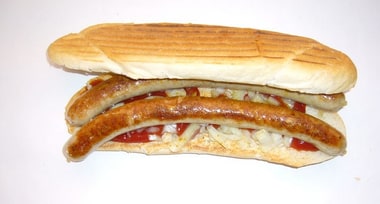 Bosner- Austria.
Bosner is made with white bread with Bratwurst sausage, onions and a blend of mustard and/or tomato ketchup and curry powder.
Load more items (3 more in this list)
Thanks Wiki !

27 votes
Around the world with food and drink (11 lists)
list by Venice
Published 7 years, 11 months ago

Favorite Images of Rainbows by kathy

Favorite Images of Beverages by kathy

Around the world with ... a very spicy dishes. by Venice

Around the world with ...a pancake. by Venice

The strangest food from around The World by Venice

Around the world with...a beer. by Venice