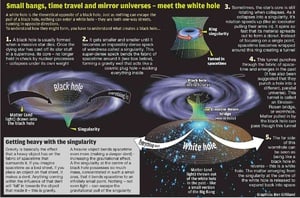 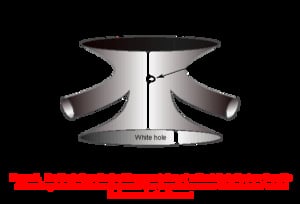 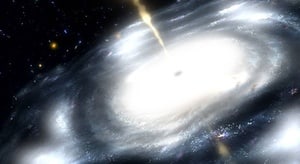 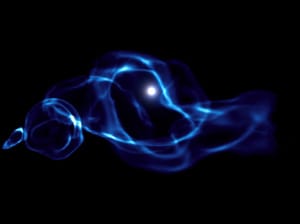 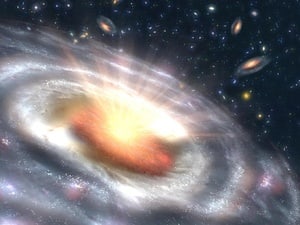 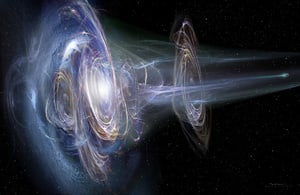 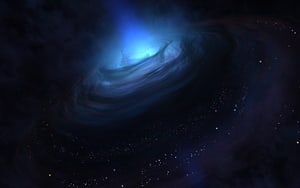 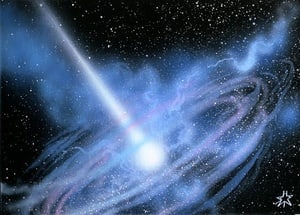 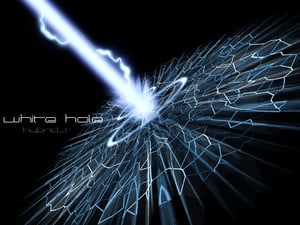 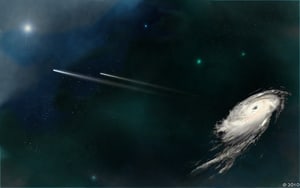 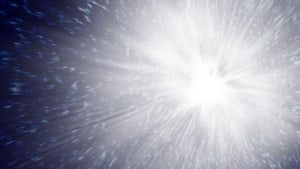 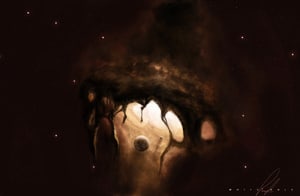 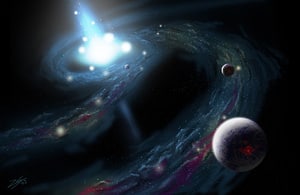 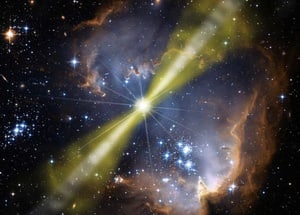 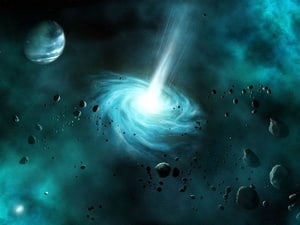 A white hole, in general relativity, is a hypothetical region of spacetime which cannot be entered from the outside, but from which matter and light have the ability to escape. In this sense, it is the reverse of a black hole, which can be entered from the outside, but from which nothing, including light, has the ability to escape. White holes appear in the theory of eternal black holes. In addition to a black hole region in the future, such a solution of the Einstein field equations has a white hole region in its past.[1] However, this region does not exist for black holes that have formed through gravitational collapse, nor are there any known physical processes through which a white hole could be formed.
Like black holes, white holes have properties like mass, charge, and angular momentum. They attract matter like any other mass, but objects falling towards a white hole would never actually reach the white hole's event horizon (though in the case of the maximally extended Schwarzschild solution, discussed below, the white hole event horizon in the past becomes a black hole event horizon in the future, so any object falling towards it will eventually reach the black hole horizon).
In quantum mechanics, the black hole emits Hawking radiation and so can come to thermal equilibrium with a gas of radiation. Because a thermal-equilibrium state is time-reversal-invariant, Stephen Hawking argued that the time reverse of a black hole in thermal equilibrium is again a black hole in thermal equilibrium.[2] This implies that black holes and white holes are the same object[how?]. The Hawking radiation from an ordinary black hole is then identified with the white-hole emission. Hawking's semi-classical argument is reproduced in a quantum mechanical AdS/CFT treatment,[3] where a black hole in anti-de Sitter space is described by a thermal gas in a gauge theory, whose time reversal is the same as itself. Thank You Wikipedia

The Evolution of Beren Saat by xolmis

Save the Arctic Campaign by iknowthat

Pictures, A Collection by Iceviper