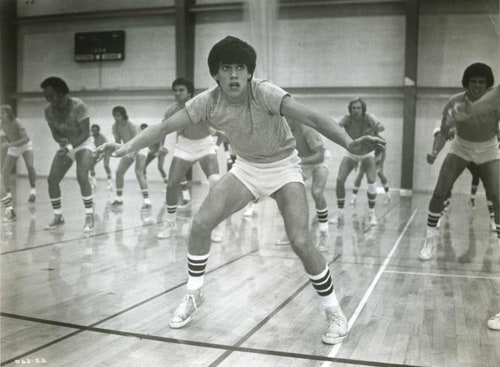 Watched in 78's winter and found it fascinating, because as teenager I had no idea what the NCAA and all the Varsity basketball was/is. In italian basket-mags most of the pics and articles was about the two Pro leagues,same as today, ABA/NBA, and the back to back finals Seattle-Washington.
The trick to walking and describe shops windows without looking at them, to training the eyes side look is still working.
Mass. Patriot's rating: 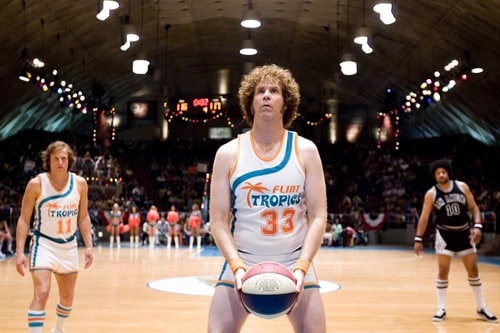 For the people not involved in basketball Semi-Pro can be seen as a bad comedy, for the other is a mockumentary about the last days of ABA, American Basketball Association, before the merge with NBA, the team is slightly based on Virginia Squires and Ferrell's character mimic the great Rick Barry, everybody knows the weird style of Barry free-throw, and it's untouched record of 99.3%.
Why NBA try to constrict ABA :

1) Three point shot, only ABA had and it was copywrited, still today on All Star Game 3Point Contest the last ball, that worth double, on each field zones is a three colors ABA basketball.
2) Indiana Pacers, the state where basketball is a religion more than a simple sport had only a pro team...and it's an ABA team
3) San Antonio Spurs, founded in Dallas as Chapparals the relocated in SA, the Lone Star state had only a big franchise, and they're still a big franchise, Dallas waited until 1980 for the Mavericks.
4) New York Nets, later New Jersey latest Brooklyn, even Knicks was a big East NBA team, seconds to Celtics obvious, the Nets was the biggest team in ABA, 2 winning championships and first overall in selling tickets, and they got Doctor J...
5) Denver Nuggets, NBA wants to expand in the west, and surely Colorado was a good point, the other location was San Diego, but they hadn't financial strenght, as today...in 1978 they got the franchise from Buffalo Braves, changing the name in Clippers, after 6 years they relocated to LA...like Chargers, but they lasted more.
6) Kentucky Colonels, the Louisville team had financial strenght, a solid fan base, cable TVs, and a renewed Arena, why nobody remember the Colonels, ABA champ in 1975, the answer : Artis Gilmore
And that's why I don't like Bulls...Artis was the most dominant player in Center position in entire world, nobody can't stop him, Chicago wanted Gilmore, they promised him big amount of money, no Salary Cap in that era, so the Bulls put the veto on Colonels NBA join, the God of the orangeskinned ball punished them both, Bulls never won with Gilmore, Artis finished his career in my hometown team, I got his shirt...

So, you try to have a different point of view on this movie, both on Will Farrell and the Chicago Bulls...
I didin't copy this piece, it's not a news item, it's just about conversations that I had with Artis, Mike D'Antoni and George Gervin.
Mass. Patriot's rating: 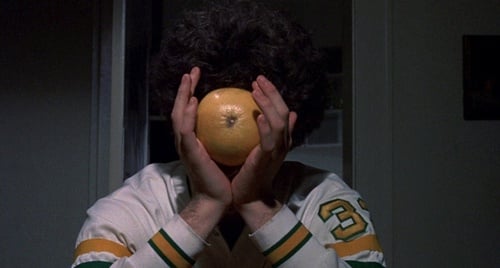 Praying the God of orangeskinned ball...
A Jack Nicholson movie about love, basketball and Viet-Nam.
I have the movie poster in my room, the real movie title was Yellow 33, refers to a player when a foul is committed, the referee call the color of your shirt and your number.
This is a very in-deep basket mechanisms, technical and I love the live playing scenes, Nicholson loves basketball everybody knows, more than Anjelica Houston at the time.
Mass. Patriot's rating: 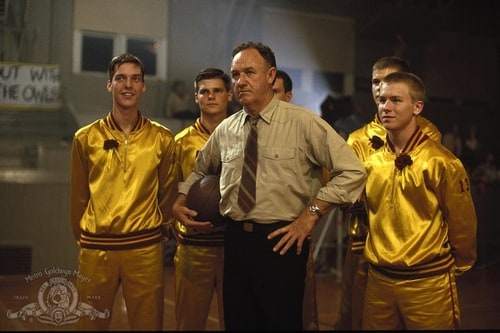 What's a Hoosier ? An Indiana native or resident.
James Naismith in 1891 invented the sport of basketball in Massachusetts...:-)...anyway the cult had the major of followers in the state of Indiana, Sycamores, Boilermakers, Fighting Irish, Hoosiers Dome and the Hick from French Lick...
Based on a true story the movie is quite epic, with a good cast, but lacks of good basketball scenes, you don't need to be of the Orange Ball Cult to like this movie.
Mass. Patriot's rating: 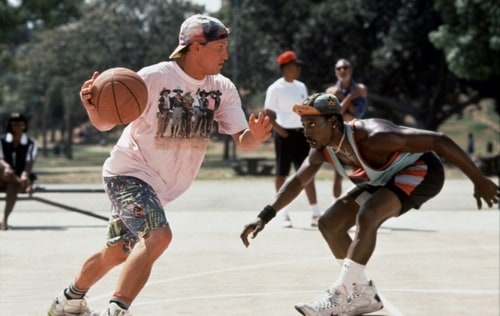 A good movie about the love of the game and friendship, I like the street-basket scenes, and I like Woody playing better than Snipes, my fav as Willie Mays Hayes but this one is a basket list !
My dream : Harrelson and Clooney one on one, Georgy Porgy had always the hop near home or hotel but he never involved on a basketball movie...
Mass. Patriot's rating: 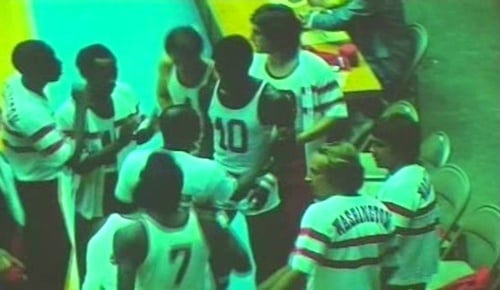 Paolo Villaggio is sadly gone last week...you know is my favorite italian actor, along with Ugo Tognazzi, but why Paolo is in this list ? Because in 1974 he and Nanni Loy made this heavy censored movie about a black basketball player, the late model/dancer/actor/singer Sterling St. Jacques.
Bonfiglio (Villaggio) was sent to attend to industrial business in the US by his employer, a wealthy Commendatore Brancia, italian for Commander, from Busto Arsizio, Lombardia. The figure of Commenda Brancia is losely shaped around Giovannino Borghi, Ignis Varese owner, Varese made 10 Euro Championship finals in a row, won 5 European Champions Cup, who was involved in basketball just for local rivalry against Cantù (2 ECCup) and Milan (3 ECCups, first italian team to won).
Already located there and invited to attend at NY's N.I.T., Bonfiglio is in charge of hiring player from fictional Washington University, Ben Ferguson (St. Jacques) for FRIGOR, another link to Borghi, the Brancia basketball team, which is in need of a typical 70's player, 20 or more points and 20 or more rebounds.
Bonfiglio must deal with italo-american Alex Borghi (Rizzo) Ferguson's agent, despite his hate for this person. Ferguson is available to join Brancia's team, but before leaving for Italy, he forces Bonfiglio to accompany him on a tour across the United States to settle some personal matters. During this journey, John discovers that the N.I.T. best player actually has not only the interest on basketball, but also in art, music, civil rights and politics. Sadly during the last game in Atlanta, home of the Hawks with Washington University versus Virginia Tech Ferguson was kill in a riot, his blood flood in the court.
The movie runs orignally for 112 minutes, but censorship cut short to 85... 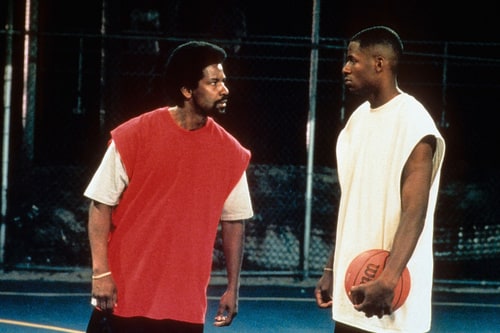 What's good : U-Conn star and three-point NBA legend Ray Allen, at time with Bucks, later two rings, one with Boston one down in Florida...
What's fair : direction and musical score, I'ma fan of Aaron Copland, I'm not a fan of Spike Lee, but the movie has timing and it's romantic, about citations Earl Monroe, Lew Alcindor.
I love Rosario Dawson, anytime, anyway.
What's heavy : sorry for two time Academy Awards Denzel Washington, his character it's too heavy and out of the lines to me, ok it's about an ex convicted, but Jake Shuttlesworth isn't Malmom X. 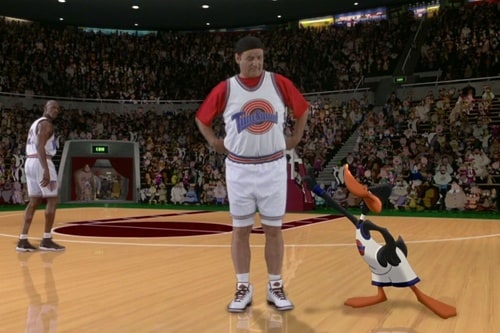 Everybody talks around Air Jordan, Muggsy or Sir Charles, the real star of the movie is Bill Murray...
Take a look on Stripes, a 1981 movie where Bill had the hop in the living room, and when his wife leaves him for a doctor he start mimicking Walter Davies.
He got game

About the movie, a fairy tale with a bad black man with six rings.
Mass. Patriot's rating: 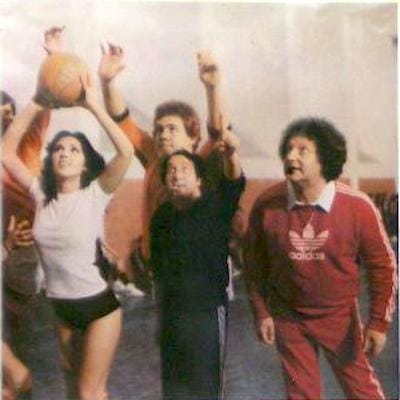 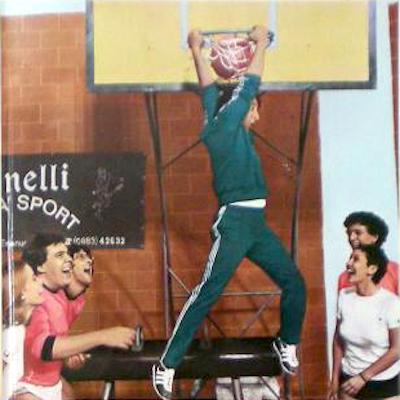 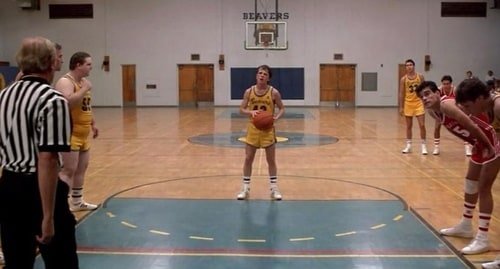 I like Michael J Fox...but he was the most debatable basketball player of all, first he's canadian, like Kelly Olynyk, but is from Edmonton not Toronto, so probably Michael was good with Hockey stick, he had no ball handling, it's easy to see, and commited travelling in most of the scene...
Comedy 7
Horror 5
Basket 2 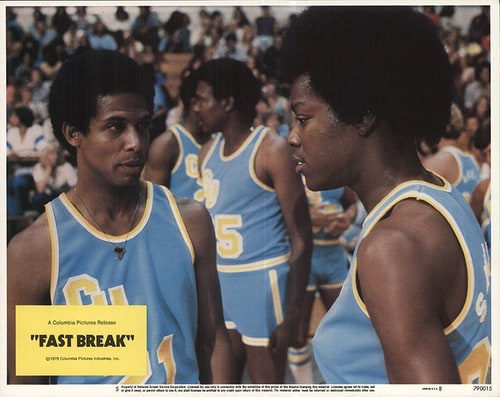 I saw this movie on cable TV in 1988 when I was in US, but I can't remember a girl in the team...
Anyway the movie revolving around NY comedian Gabe Kaplan, appointed head coach of the basket program of a small Nevada college, good basket scenes outdoor and indoor. 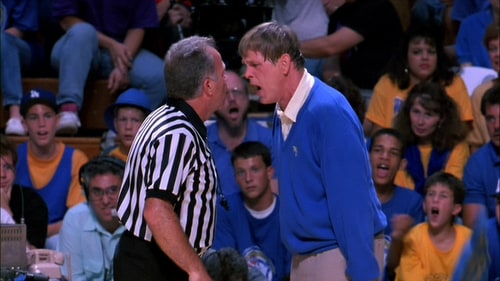 Pretty tigh movie on collegge basketball, Nolte is good as usual on sports related roles.
Shaq pre Kazaam and Penny Hardaway give deep to the cast 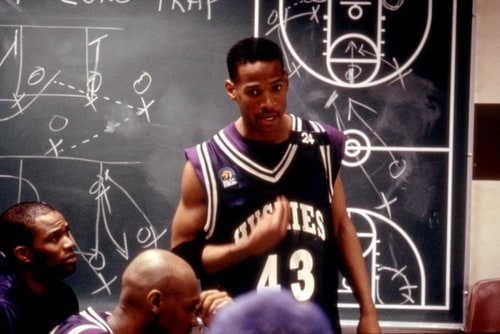 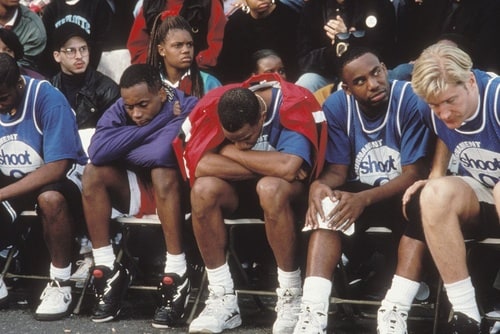 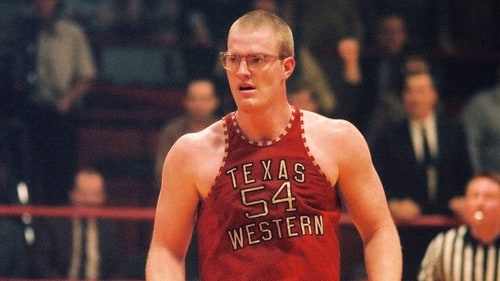 White men can't jump but they can play center !
Based on a true story of coach Don Askins and his 9 colored players...plus one 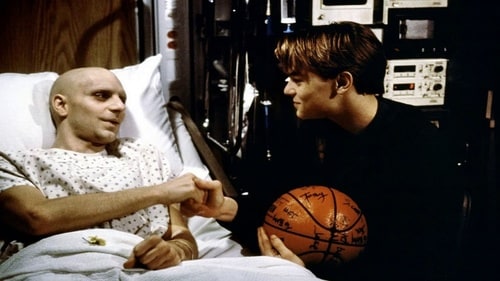 The Hick from French Lick and a guy from East Lansing ... 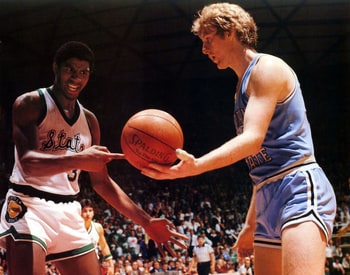 I've played basketball for over 30 years, I love it, I love to watch it, feel it, I love the squeaky sound of the Converse on the parquet...

Favorite Images of Rottweilers by kathy

Music...Discography of Tom Petty and Heartbreakers by Dj Levels

Fiddler on the Rock by Mass. Patriot