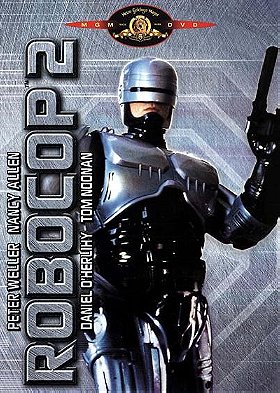 When Detroit's descent into chaos is further compounded by a police department strike and a new designer drug called Nuke, only Robocop can stop the mayhem. But in his way are an evil corporation that profits from Motor City crime and a bigger and tougher cyborg with a deadly directive: Take out Robocop. Containing the latest in gadgetry and weaponry as well as the brain of the madman who designed Nuke, this new cyborg isn't just more sophisticated than his predecessor...he's psychotic and out of control! And it's going to take everything Robocop has- maybe even his life-to save Detroit from complete and utter anarchy.

Bridgey07 added this to a list 3 years, 4 months ago
My Blu-Ray Collection (722 dvds items)

crazyarms added this to owned list 3 years, 4 months ago

maxim86 added this to owned list 5 years, 7 months ago