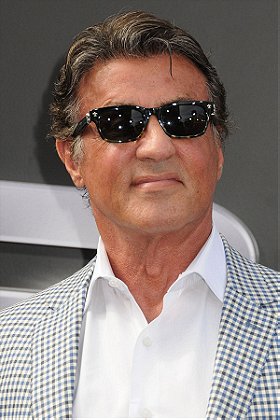 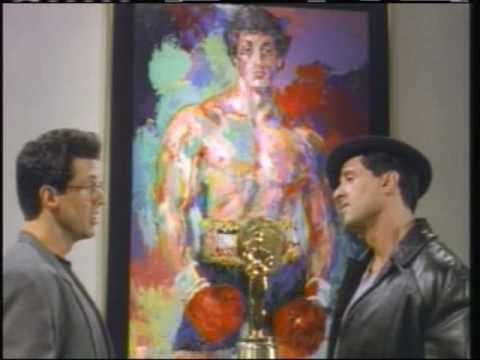 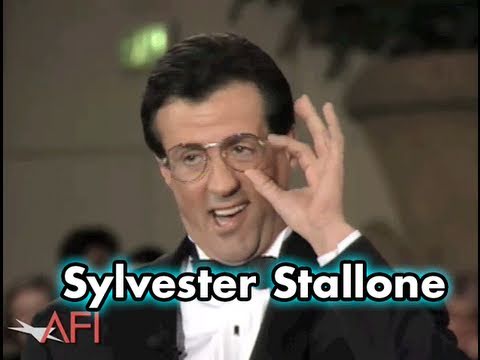 Stallone was born in Hell's Kitchen, to Jackie Stallone (née Labofish), an astrologer, and Frank Stallone, a beautician and hairdresser. His father was an Italian immigrant, and his mother's heritage is half French (from Brittany) and half German. The young Stallone attended the American College of Switzerland and the University of Miami, eventually obtaining a B.A. degree. Initially, he struggled in small parts in films such as the soft-core Italian Stallion (1970), the thriller Klute (1971) and the comedy Bananas (1971). He got a crucial career break alongside fellow young actor Henry Winkler, sharing lead billing in the effectively written teen gang film The Lords of Flatbush (1974). Further film and television roles followed, most of them in uninspiring productions except for the opportunity to play a megalomaniac, bloodthirsty race driver named "Machine Gun Joe Viterbo" in the Roger Corman-produced Death Race 2000 (1975). However, Stallone was also keen to be recognized as a screenwriter, not just an actor, and, inspired by the 1975 Muhammad Ali-Chuck Wepner fight in Cleveland, Stallone wrote a film script about a nobody fighter given the "million to one opportunity" to challenge for the heavyweight title. Rocky (1976) became the stuff of cinematic legends, scoring ten Academy Award nominations, winning the Best Picture Award of 1976 and triggering one of the most financially successful movie franchises in history! Whilst full credit is wholly deserved by Stallone, he was duly supported by tremendous acting from fellow cast members Talia Shire, Burgess Meredith and Burt Young, and director John G. Avildsen gave the film an emotive, earthy appeal from start to finish. Stallone had truly arrived on his terms, and offers poured in from various studios eager to secure Hollywood's hottest new star.

Stallone followed Rocky (1976) with F.I.S.T. (1978), loosely based on the life of Teamsters boss "Jimmy Hoffa", and Paradise Alley (1978) before pulling on the boxing gloves again to resurrect Rocky Balboa in the sequel Rocky II (1979). The second outing for the "Italian Stallion" wasn't as powerful or successful as the first "Rocky"; however, it still produced strong box office. Subsequent films Nighthawks (1981) and Victory (1981) failed to ignite with audiences, so Stallone was once again lured back to familiar territory with Rocky III (1982) and a fearsome opponent in "Clubber Lang" played by muscular ex-bodyguard Mr. T. The third "Rocky" installment far outperformed the first sequel in box office takings, but Stallone retired his prizefighter for a couple of years as another mega-franchise was about to commence for the busy actor.

The character of Green Beret "John Rambo" was the creation of Canadian-born writer David Morrell, and his novel was adapted to the screen with Stallone in the lead role in First Blood (1982), also starring Richard Crenna and Brian Dennehy. The movie was a surprise hit that polarized audiences because of its commentary about the Vietnam war, which was still relatively fresh in the American public's psyche. Political viewpoints aside, the film was a worldwide smash, and a sequel soon followed with Rambo: First Blood Part II (1985), which drew even stronger criticism from several quarters owing to the film's plotline about American MIAs allegedly being held in Vietnam. But they say there is no such thing as bad publicity, and "John Rambo's" second adventure was a major money spinner for Stallone and cemented him as one of the top male stars of the 1980s. Riding a wave of amazing popularity, Stallone called on old sparring partner Rocky Balboa to climb back into the ring to defend American pride against a Soviet threat in the form of a towering Russian boxer named "Ivan Drago" played by curt Dolph Lundgren in Rocky IV (1985). The fourth outing was somewhat controversial with "Rocky" fans, as violence levels seemed excessive compared to previous "Rocky" films, especially with the savage beating suffered by Apollo Creed, played by Carl Weathers, at the hands of the unstoppable "Siberian Express".

Stallone continued forward with a slew of macho character-themed films that met with a mixed reception from his fans. Cobra (1986) was a clumsy mess, Over the Top (1987) was equally mediocre, Rambo III (1988) saw Rambo take on the Russians in Afghanistan, and cop buddy film Tango & Cash (1989) just did not quite hit the mark, although it did feature a top-notch cast and there was chemistry between Stallone and co-star Kurt Russell.

Philadelphia's favorite mythical boxer moved out of the shadows for his fifth screen outing in Rocky V (1990) tackling Tommy "Machine" Gunn played by real-life heavyweight fighter Tommy Morrison, the great-nephew of screen legend John Wayne. Sly quickly followed with the lukewarm comedy Oscar (1991), the painfully unfunny Stop! Or My Mom Will Shoot (1992), the futuristic action film Demolition Man (1993), and the comic book-inspired Judge Dredd (1995). Interestingly, Stallone then took a departure from the gung-ho steely characters he had been portraying to stack on a few extra pounds and tackle a more dramatically challenging role in the intriguing Cop Land (1997), also starring Robert De Niro and Ray Liotta. It isn't a classic of the genre, but Cop Land (1997) certainly surprised many critics with Stallone's understated performance. Stallone then lent his vocal talents to the animated adventure story Antz (1998), reprised the role made famous by Michael Caine in a terrible remake of Get Carter (2000), climbed back into a race car for Driven (2001), and guest-starred as the "Toymaker" in the third chapter of the immensely popular "Spy Kids" film series, Spy Kids 3: Game Over (2003). Showing that age had not wearied his two most popular franchises, Stallone has most recently brought back never-say-die boxer Rocky Balboa to star in, well, what else but Rocky Balboa (2006), and Vietnam veteran Rambo (2008) will reappear after a 20-year hiatus to once again right wrongs in the jungles of Thailand.

Nutella voted for an image 1 month, 4 weeks ago

samira voted for an image 4 months ago

Totoro added this to a list 6 months, 3 weeks ago

Campagnola posted a image 8 months ago

A.M.A posted a image 9 months ago

Monstermaster added this to a list 9 months, 1 week ago
Favorite Actors (22 person items)

Totoro added this to a list 9 months, 1 week ago

fullfathom voted for an image 1 year ago 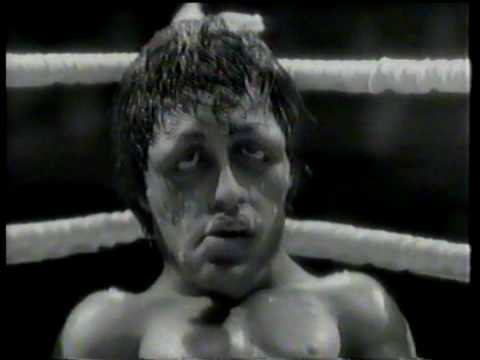 "as John Rambo in Rambo Franchise "

Georgini added this to a list 2 years, 1 month ago

Georgini added this to a list 2 years, 3 months ago
The Expendables 90s dream cast (22 movies items)