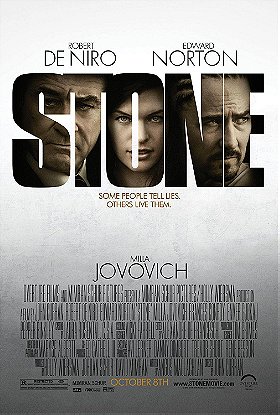 Akwaryo
4 votes
Filmmaking 101 has a rule; wait, Art 101 has a rule: Know your genre. A drama can have comic relief, but that works only in the framework of the genre that's been established. Comedies can have their dramatic, emotional moments, but if they then turn into dramas, audiences are confused and disappointed. If a screenwriter and director can't even tell their story competently within the confines of t... read more

johanlefourbe
1 vote
When I heard about this movie, I was thrilled. I mean, come on! A movie starring both Robert De Niro and Edward Norton, it really sounded awesome. But then, when it was released, it received a very lackluster reception so I became rather skeptical. Eventually, it was indeed pretty disappointing. A while back, De Niro and Norton (with Brando! that was an awesome cast) also did together 'The Score' ... read more

A Film with the Personality of Stone

Stehako
1 vote
The re-teaming of Norton and De Niro is even less impressive than "The Score". Two notably intense actors phone it in with a story that never really intrigues. Thankfully Jovavich supports the story in possibly her best performance yet. Too bad it will not be remembered, since it's in this mediocre film.
View all Stone reviews

aLittleTyger voted for an image 4 years, 2 months ago

Kandi added this to a list 4 years, 2 months ago

Kandi voted for an image 4 years, 2 months ago

“This is a greatly underappreciated film. It is complex with layers of meaning and subtlety. And I cannot think of another film that so well visualizes the experience of the transcendent. If you want to understand what Grace is, watch this film.” read more