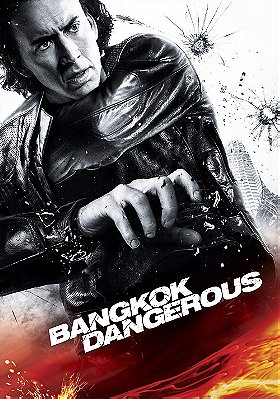 Dark Warrior
3 votes
i know that a lot of critic would say that it's not a outstanding action film but in the other hand this movie as some good moments as a romantic drama between Nicolas Cage and the very cute Charlie Yeung who's really sparkling and great in her role of a deaf pharmacist. the first hour of this film is great but in the second part of the film the story is TRANSFORMED like a bad screenplay of Michea... read more

The Cinephile
1 vote
"Are they serious?" was basically what was going through my head while watching this film. months before it's release, I was extremely excited about viewing it. I swear I had no idea it would be as bad as it was. I mean, when most people hear about Nicolas Cage as a hitman, they expect good things. Especially when I have never seen a bad Nicolas Cage film, though I have never had the pleasure of s... read more

johanlefourbe
1 vote
When this movie was released, it was critically bashed but if you would compare it to the last movies starring Nicolas Cage, you might think that it wasn’t so bad after all which is rather sad. Still, even though the whole thing had a rather lame reputation, I thought I might as well give it a shot anyway. Eventually, I think it could have been actually a pretty cool movie and the whole thing de... read more
View all Bangkok Dangerous reviews

jordanwiles94 added this to a list 1 month, 2 weeks ago
Original vs. Remake Movies/TV Shows (315 movies items)

DrLoomis added this to a list 6 months, 1 week ago
Collection (2069 dvds items)

Meta_Ridley voted for an image 10 months ago

Exclusive added this to a list 3 years, 2 months ago
My Favorite Actors: Nicolas Cage (45 movies items)