Plot:
A cowboy toy is profoundly threatened and jealous when a fancy spaceman toy supplants him as top toy in a boy's room.

One sentence review:
Loved this film as a child and still love it now so for me, it is one of the absolute best animated family films in cinema history. 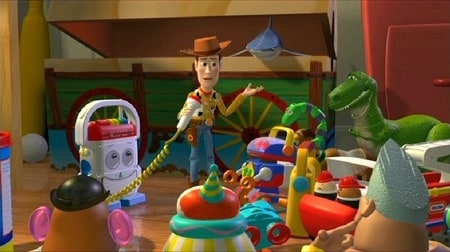 
Plot:
The toys are mistakenly delivered to a day-care center instead of the attic right before Andy leaves for college, and it's up to Woody to convince the other toys that they weren't abandoned and to return home.

One sentence review:
A very emotional, fun and hilarious conclusion to the trilogy which makes it one of the greatest animated family films of all time as well as the best film of 2010. 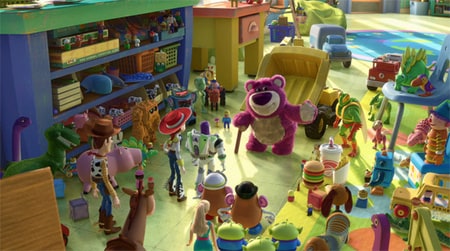 
Plot:
When Woody is stolen by a toy collector, Buzz and his friends vow to rescue him, but Woody finds the idea of immortality in a museum tempting.

One sentence review:
Grew up with this film like first one and although for me it's the weakest of the Toy Story trilogy, it still is one of the greatest sequels ever made. 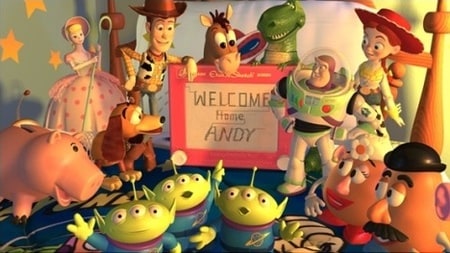 
Plot:
A father-son underwater adventure featuring Nemo, a boy clownfish, stolen from his coral reef home. His timid father must then travel to Sydney and search Sydney Harbour to find Nemo.

One sentence review:
Finding Nemo is easily Pixar's funniest film with the cleverest jokes and features lovable characters and is filmed beautifully. 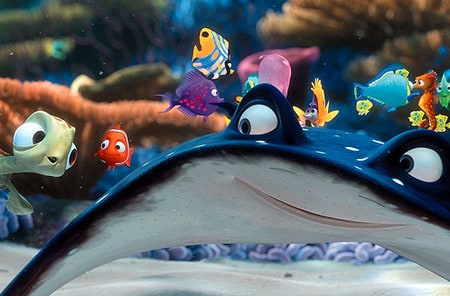 
Plot:
Remy is a young rat in the French countryside who arrives in Paris, only to find out that his cooking idol is dead. When he makes an unusual alliance with a restaurant's new garbage boy, the culinary and personal adventures begin despite Remy's family's skepticism and the rat-hating world of humans.

One sentence review:
Ratatouille is perhaps the most adult film that Pixar have made to date but despite that, it still is an inspiring, fun and child-friendly pleasure that is another fine accomplishment from Pixar. 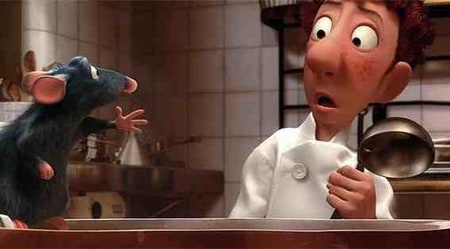 Plot:
After young Riley is uprooted from her Midwest life and moved to San Francisco, her emotions - Joy, Fear, Anger, Disgust and Sadness - conflict on how best to navigate a new city, house, and school.

One sentence review:
Inside Out is a very unorthodox concept in its child-friendly explorations of the mind and thanks to the warmth that the characters, both human and emotions, provide along with thought-provoking drama of how we live today, Inside Out is Pixar's most original film to date and celebrates their achievements in its 20th year. 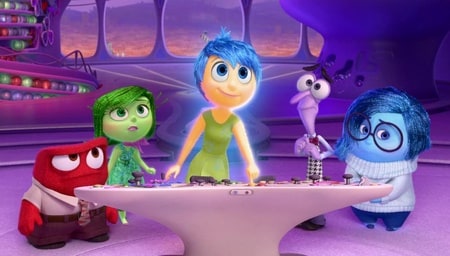 Plot:
Monsters generate their city's power by scaring children, but they are terribly afraid themselves of being contaminated by children, so when one enters Monstropolis, top scarer Sulley finds his world disrupted.

One sentence review:
Pixar's cutest film that features characters you could fall in love with very quickly (especially Boo) and for that reason, I cannot wait for the prequel Monsters University in summer 2013. 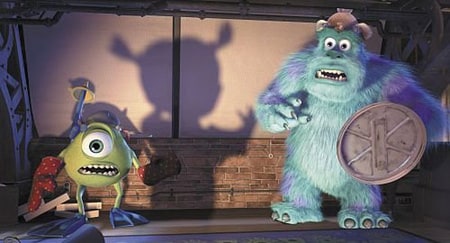 
Plot:
A family of undercover superheroes, while trying to live the quiet suburban life, are forced into action to save the world.

One sentence review:
Didn't know what to expect at first out of this one but in the end, I absolutely loved it and it is another amazing film from Pixar. 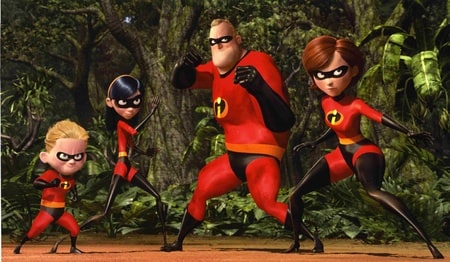 
Plot:
By tying thousands of balloon to his home, 78-year-old Carl Fredricksen sets out to fulfill his lifelong dream to see the wilds of South America. Right after lifting off, however, he learns he isn't alone on his journey, since Russell, a wilderness explorer 70 years his junior, has inadvertently become a stowaway on the trip.

One sentence review:
It was surprisingly a tear-jerking, thought-provoking but extraordinary and fantastic adventure that I like to think is Pixar's version of Roald Dahl novel
James And The Giant Peach. 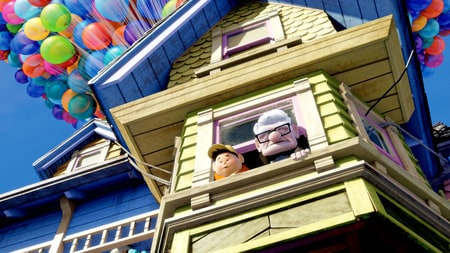 
Plot:
A misfit ant, looking for "warriors" to save his colony from greedy grasshoppers, recruits a group of bugs that turn out to be an inept circus troupe.

One sentence review:
A loose animated version of Akira Kurosawa's The Seven Samurai and despite the similarities, it had its differences as an individual film and still manages to make a very fun follow-up after the giant success Toy Story. 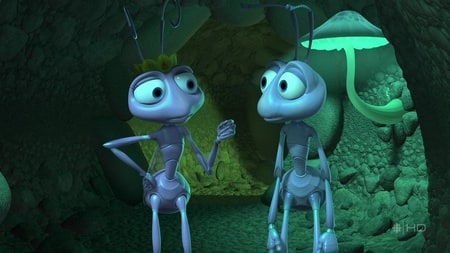 
Plot:
A look at the relationship between Mike and Sulley during their days at the University of Fear -- when they weren't necessarily the best of friends.

One sentence review:
Although Monsters University is not quite like its predecessor and does have specific flaws, it is a fresh prequel that includes original concepts and is a starting point for Pixar to redeem themselves.


Plot:
In the distant future, a small waste collecting robot inadvertently embarks on a space journey that will ultimately decide the fate of mankind.

One sentence review:
To be honest, I find it overrated and don't see what the complete hype of it is but despite that, it's still an extraordinary, rather adult and visually beautiful adventure. 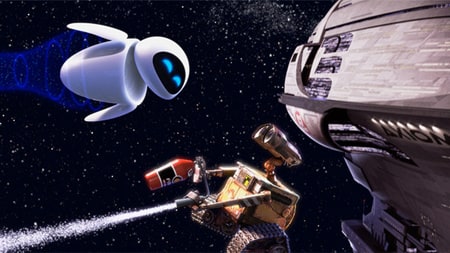 
Plot:
A hot-shot race-car named Lightning McQueen gets waylaid in Radiator Springs, where he finds the true meaning of friendship and family.

One sentence review:
This may have been Pixar's weakest film at the time and does consist of a few flaws but despite that, it still is vintage Pixar with it's beautiful animation, great characters and most of all: a lot of great fun for adults and kids to enjoy so I am excited about the upcoming sequel. 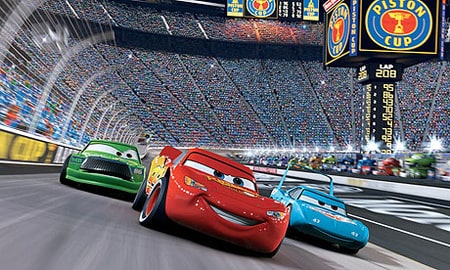 
Plot:
In a world where dinosaurs and humans live side-by-side, an Apatosaurus named Arlo makes an unlikely human friend.

One sentence review:
As Pixar's second released feature in 2015, the premise of The Good Dinosaur had great potential to explore something we've not seen before and had emotional depth to what we've seen Pixar do, but it sadly didn't very much and just became a merely enjoyable film.


Plot:
Scottish princess, Merida, defies her parents by perusing an interest in archery, but inadvertently jeopardizes her father's kingdom in the process.

One sentence review:
For the first time since Up in 2009, Pixar create their own original project and although it does not entirely renovate the industry after the disappointment of Cars 2, Brave is still a beautifully crafted and entertaining film that is perhaps more appealing for kids.


Plot:
Racing star Lightning McQueen teams up with his best friend Mater for an international adventure as they go up against the world's fastest cars.

One sentence review:
Despite it is the worst film that Pixar have done, there is no denying that it has a lot of fun action, great effects but does have a strange story that in some ways doesn't match with its target audience.

My Favorite of 2010 by NMartucci

MAD Magazine Covers! by James B.

Color Me Baaad...... by JackieBridget

Films watched and studied for university by SJMJ91

Films based on the RMS Titanic. by SJMJ91