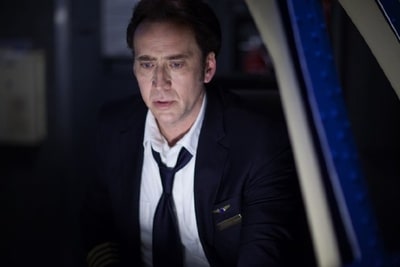 Notes: I had heard of these hardcore Christian movies but it was the first one I saw but I was rather amazed and even appalled by the end-result. Indeed, the whole thing was basically some massive propaganda garbage based on the Rapture and it is rather scary and depressing that some people would actually believe that something like this will happen in the future. I mean, if I did understand correctly, it doesn’t really matter if you are a good or a bad person, it only matters if you put your faith in God and then, and only then, you will be saved and sent to Heaven. But it went further than that, apparently, you have to believe in the ‘right’ God since a Muslim who seemed to be a rather decent man wasn’t spared because of his faith. At least, they had the decency to save all the children regardless of their beliefs. Otherwise, everyone else, the drug addict, the gambler, the capitalist, the adulterer, the investigative journalist, the cute-opinionated-student-with-a-big-mouth, they were all pretty much doomed but, on the other hand, what really happened? Allright, millions of people just disappeared suddenly but would such an event suddenly bring the collapse of the World? I doubt that. I mean, with a massive natural disaster, a nuclear world war, an alien invasion or a zombie outbreak, I could understand why but I thought it was rather far-fetched that it would happen so fast in such circumstances. And, of course, the whole thing looked terrible, especially the cheap CGI, the performances were so weak and the dialogues were borderline laughable.
johanlefourbe's rating: 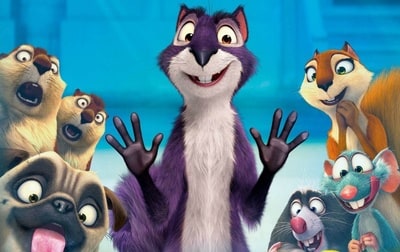 Notes: Basically, ever since ‘Toy Story’ was released 20 years ago (damned… I feel so old now…), virtually every single studio has been trying to get a piece from the new market of CGI animated features but, except for Pixar and a very few others, the results have been mostly underwhelming. This movie is a fine example. Indeed, even though it was apparently a box-office success, I thought it was just terrible. Indeed, the animation was rather poor and, above all, the story and the characters involved were just so boring. Seriously, they tried to be clever by combining 2 heists at the same time but it was really underwhelming.
johanlefourbe's rating: 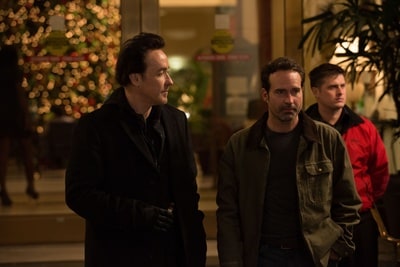 Notes: Well, from all the lame direct-to-DVD features starring Bruce Willis I have seen recently, this must have been the worst one so far. As usual, Willis was displayed prominently on the promotional material and, as usual, he wasn’t even playing the lead character but that wasn’t even the biggest problem with this movie. Indeed, the biggest issue was that the story was just so generic and tedious. Basically, it was some kind of rip-off of such movies like ‘The Equalizer’ or ‘John Wick’ about an average guy who seems to have a dark past and happens to be an actual killing machine. Well, I have never been a huge fan of the genre and to see such a weak movie in this genre was just terribly tedious. To be honest, I’m trying to think if there was anything that really worked in this movie but, no, I can’t think of any redeeming feature.
johanlefourbe's rating: 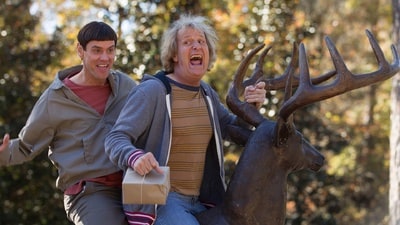 Notes: I actually saw 'Dumb & Dumber' in the movie theater when it was released 20 years ago but, to be honest, even if I should maybe check it out again after all these years, I really didn't like the damned thing, I have always been amazed that it is pretty much considered as a classic and, in my opinion, it must be one of the most overrated movies ever made. So, with this in mind, obviously, I didn't expect much from this sequel and, indeed, the whole thing was pretty lame confirming me in my beliefs that there was and there is still nothing funny about these 2 characters. I mean, I'll have to admit it, I did chuckle a few times but I didn't happen really often and most of the movie was just really painful to watch.
johanlefourbe's rating: 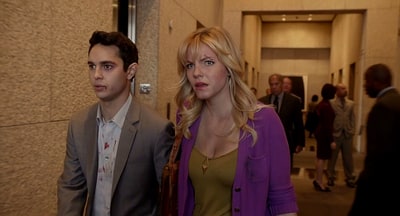 Notes: Well, even though I already had some low expectations, I still managed to be even weaker than I expected. Basically, it was just another cheap thriller and I was amazed by how little was actually going on through the whole thing. I mean, even if the running time was not even 80 mins, there were still some long stretches during which nothing much really happened at all. Then, the cast was just rather underwhelming. I mean, I have nothing against Max Minghella but the guy is just no leading material. Eventually, the only one who managed to do something slightly interesting with his character was JJ Feild but even he looked him a cheap Tom Hiddleston clone. Coming back to the story, seriously, the whole thing was just so lazy. I mean, not only it was just really generic and predictable, lot of it didn't make much sense For example, why would the main character try to investigate what's going on just after he got fired? Then, why did it take him so long to call the cops? Even some small details were poorly handled like the fact that if a phone is turned off, you will always have to first enter the pincode before receiving a call.
johanlefourbe's rating: 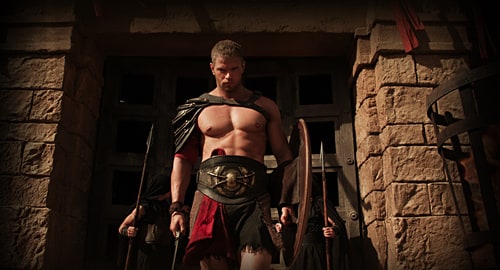 Notes: Honestly, I wasn’t really interested by this flick but, Nick, my step-son, really wanted to see it so I bought the DVD for his birthday. Well, I think he thought it was decent but I didn’t like it much. I mean, I always had a weak spot for Renny Harlin’s work, he has made a couple of fun B features but it has been a while since he made something really entertaining. This time, he tried to make maybe his most ambitious movie so far but the whole thing was just an underwhelming copycat. Basically, visually, it was in the same style of ‘300’, which seems to have become the reference in this genre and, storywise, it was almost the same plot as in ‘Gladiator’.
johanlefourbe's rating: 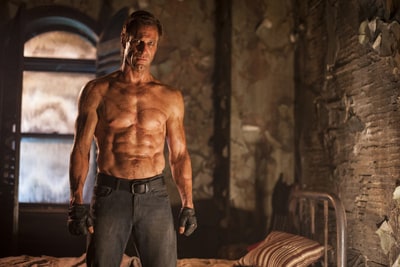 Notes: Well, 'From the Producers of Underworld’ was displayed prominently on all the promotional material and it was pretty obvious that the same guys were responsible for this flick. Indeed, instead of Lycans and Vampires, you get here Gargoyles and Demons involved in some obscure fight during our modern age. The fact that the main character was played by the famous Frankenstein’s monster was not nearly enough to make the whole thing stand out, I’m afraid. I mean, I always had a weak spot for Aaron Eckhart, I really think he needs a shot as a lead actor but it is not with a weak flick like this one that his profile will improve anytime soon. Indeed, I have never been a fan of the ‘Underworld’ franchise but this flick was even less entertaining (it was pretty much a flop at the box-office so you can forget any sequel).
johanlefourbe's rating: 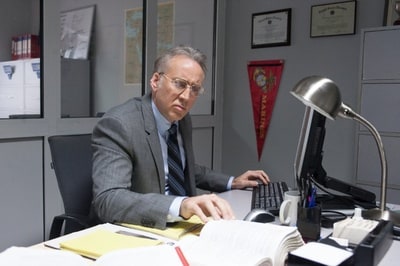 Notes: Obviously, I wasn't expecting much from this flick, in fact, all the people involved, Paul Schrader, Nicolas Cage and Anton Yelchin, even advised people to avoid it but I still ended up watching this movie. To be honest, it is rather difficult to judge the damned thing. I mean, it was apparently butchered by the producers in post-production and the end-result was indeed pretty lame. Basically, it was a really generic and boring spy tale with no pulse whatsoever. Still, there were a couple of red flags which made me wonder if it could have worked anyway. First of all, Nicolas Cage has become one of the most underwhelming actors at work nowadays and even though his character had some potential, Cage didn't really impress me at all here. Then, Anton Yelchin was even less convincing and even though I always had a weak spot for the young actor who died too soon, I'm afraid he was completely miscast here. Eventually, would the movie have been much better if Schrader would have released it the way he wanted to? To be honest, I doubt it. Apparently, a couple of years laters, he made his own cut but it hasn't been officially released, in fact, this other version is pretty much illegal, so I don't think I will ever have the opportunity to watch it. As far as I'm concerned, I think the whole thing was meant to be a B feature right from the beginning but, after the shooting was done, Schrader suddenly argued that it could be something completely different than what was the producers expecting from the very beginning.
johanlefourbe's rating:

Notes: Well, at least, it wasn't a shameless copycat of 'The Fast and The Furious' but that's probably the only positive thing about this movie. Seriously, to make a movie about a video game is usually a bad idea but to make a movie about a race video game was even worse. I mean, I did play one of the 'Need for Speed' games many years ago and I have to admit that it was pretty neat but there was no story involved whatsoever so they had to come up with something but the end-result was long, rather boring and most of the time really preposterous. The most bewildering thing was the impressive cast they managed to get for this movie (Aaron Paul, Dominic Cooper, Imogen Poots, Rami Malek, Dakota Johnson, Michael Keaton) and you wonder why they all got involved in such weak and pretty much doomed to fail project.
johanlefourbe's rating: 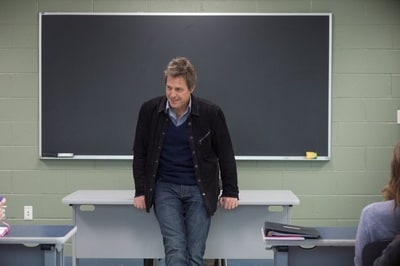 Notes: Since my wife and I both have a weak spot for Hugh Grant, I thought we might as well check his last comedy. Eventually, it wasn’t really good, I’m afraid. Indeed, it was already the 4th movie directed by Marc Lawrence, all starring Hugh Grant, and even though it wasn’t really worse than ‘Did You Hear About the Morgans?’, it wasn’t really far from it. Basically, the main issue I had is that even though the whole thing was rather harmless, it was also really unoriginal, terribly lazy and eventually rather boring. Indeed, the story was so similar to ‘Music and Lyrics’ that you could almost call it a remake. However, even though I always believed that ‘Music and Lyrics’ is a seriously underrated romcom, this movie was just a really weaker version. What amazed me the most was how half-baked the subplots were.
johanlefourbe's rating:

These are the worst movies I have seen which came out in 2014.

Songs That Create My Life (part 3) by Villiana