8.7
One Flew Over the Cuckoo's Nest (1975)
I've been asked by some people why we should like the main character: Jack McMurphy, and I can see where they're coming from. He is basically pretending to be mentally ill just so he can get out of prison, causing trouble for all the nurses there.

However, it's his interactions with the patients that makes me love him. He is helping them out in the world, and as the movie went on, I couldn't get enough of how Jack kept outsmarting Nurse Ratchet and gave the patients a hell of a good time.

That's why it pained me to see Jack after he got his lobotomy.. They were essentially taking away his freedom by doing that, but even with his new state of mind, the way he communicated with the patients and especially seeing them before he comes in shows how much it changed them. He may be an asshole, but he at least had a hidden heart of gold.

8.3
Eternal Sunshine of the Spotless Mind (2004)
One of the few perfect movies out there. Following Jim Carrey's character (Joel) try and get back Clementime, his ex, from an experiment that erases memories is something that gets me every time, thanks in par by Charlie Kaufman's (Arguably one of the greatest writers in any art medium, film or otherwise) script.

However, it's the ending that always gets to me. After retaining all the hurtful things the two said to each other,they still decide to go through with the relationship, knowing damn well that they make break up in the future.

But it doesn't matter. Romance and loving someone is basically hard to do and express for a long period of time, especially when in a committed relationship. But you know what? Add it all up, and the pain will be worthwhile when put against all the good memories. 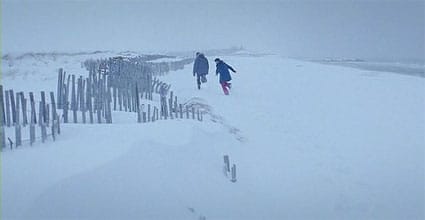 It's hard to discuss the movie in entirety, due to having the explain the show in-depth, but let's just say this: Shinji, who has suffered so much throughout the show (I don't care how many people call him a pussy! He has a fucking excuse!), finally learns that as long he's alive, he has the will to be happy wherever he is.

The message may sound simplistic because it is, but when put in the grand scope of the movie, it becomes something to take to full heart. 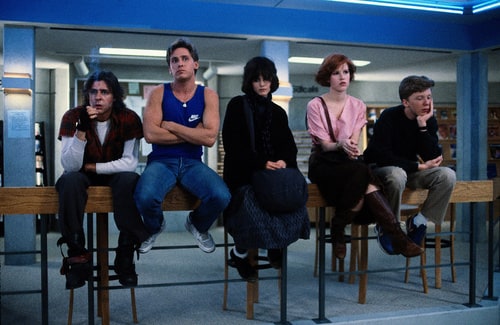 Teens are human. It's something some people seem to forget. The Breakfast Club is something to prove them wrong.

I'm probably alone when I think that every teenager should watch this movie at least once. While the soundtrack has dated horribly, the content has not. There's something I related to in every character. Even John Bender, who was gigantic asshole throughout most of it, has a side that even makes him relatable. It's a movie that gets me every time.
Director Black's rating: 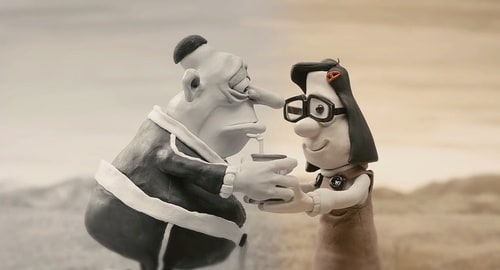 Seeing as how this list is called "The Emotional Connection", it makes sense that we've now come to a movie entirely about an emotional connection.

The premise about a 44-year-old man that becomes friends with a young girl sounds creepy, but it's far from that. Many times, I wanted to give a hug to the two characters, especially Max. Having grown up in New York City and dealing with autism, I empathized with him, though Mary gets her share of sympathy from me as well.

The best thing about Mary and Max however is how simple it is. There's no major conflicts or great battle, it's these two people who find happiness in each other. Sometimes, that's all the material you'll need, and when it's done as flawlessly as this, it just further proves my point.

I'm just as surprised as you are.

A fucking LEGO movie that I not only have any doubt calling a near-masterpiece, but one that made me cry.

The premise exactly sounds like one I would make up when I played with Legos as a kid, with all the joy, energy and excitement packaged to perfection...because it is.

To what may seem like an ass pull to some is a twist that makes sense. Of course a child would create this beautiful madness, but it also shows how much we forget how important imagination is important to never forget.

And it all came from a fucking Lego movie. I probably won't encounter a pleasant surprise as big as this.
Director Black's rating: 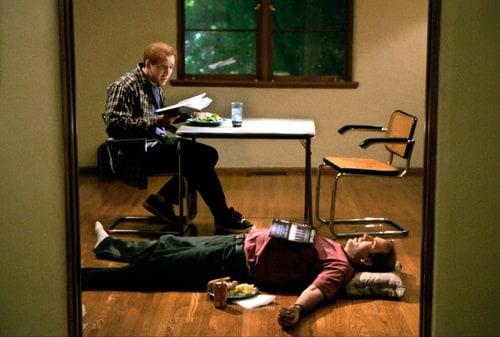 About two years ago, I started screenwriting and like every screenwriter, I have to struggle with the torture of finding a way out of writer's block. I credit Adaptation with helping me move forward and continue my path.

Watching Charlie Kaufman try to get past the shadow of his brother (Both played by Nicolas Cage, proving he's not that bad an actor as we give him credit for). It was like watching me at my computer give myself shit for not coming with ideas on the spot. Bless you Charlie Kaufman, never give in.
Director Black's rating: 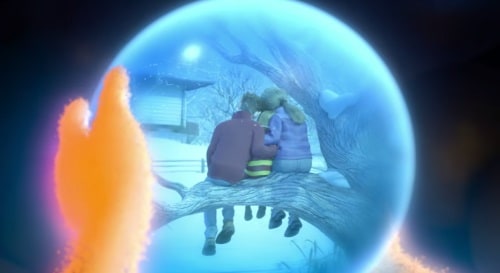 Yes, you can count me as one of the many people who bawled my eyes out during the final third of this movie.

I struck a huge chord with Joy and Sadness trying to work with each other. I recalled me trying to stay happy, even when I wanted to cry. I used to hate crying, seeing myself as weak whenever the feeling washed over me. Learning to accept sadness as part of my life is something I still have to get used to, but it's going to be worth the effort. 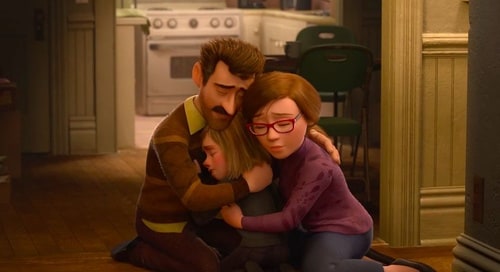 I hate it when people say that film is supposed to be an entertainment medium. In a sense it us, but in the case of some movies, that title extends further. Yes, I can call movies like the Three Flavors Cornetto trilogy (Shaun of the Dead, Hot Fuzz, and the World's End) or shorts like Looney Tunes entertaining, but it's still art.

What I'm trying to get across is how film can be reached to connect with people. This is why I'm creating this list, filled with movies that I connected to on a personal level.

One thing I want to make clear is that not all these movies rank as my favorites (Thought some do). It's just films that I really connected to.

Note that there will be on and off spoilers.

Thanks for letting me waste your time.

Who would you cast for the Sucker Punch sequel?
29 item list by MovieCriticGamer
2 votes

Most Influential TV Shows Of All Time by moviebuff

100 Best Albums Of 2000's (With Favourite Tracks) by kayipotoban

The Evolution of Lupita Nyong'o by Emmabell

A Complete Review of Sam Raimi's work by johanlefourbe

Top 10 Yellow Rangers Of All time! by Susan

Founders of the Best Religion by Director Black