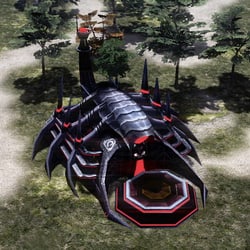 A Nuclear Weapon is a device based upon the instant and massive release of energy following the fission or fusion of atoms. Fission devices, also known as atomic bombs, require the breakup of a "large" atom, such as enriched uranium or plutonium. Much more powerful fusion devices use a fission device to force the fusion of two atoms of a hydrogen isotope; and are generally referred to as either thermonuclear or hydrogen bombs.

The orbital Ion Cannon is a satellite-based particle beam weapon system developed by the Global Defense Initiative. It allows the delivery of accurate and powerful tactical strikes. The weapon has undergone continued development since its debut and multiple systems were in action at the end of the Third Tiberium War. They have effectively supplanted tactical nuclear weapons in the GDI arsenal. 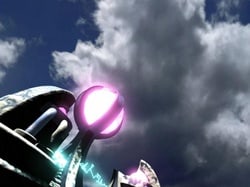 The Weather Control Device could manipulate the weather patterns to create a powerful lightning storm. The lightning bolts could destroy heavily armored structures. Interestingly enough, the more surface area (of the Earth), that a building occupied, the more likely that it would be to be destroyed. The weather control device also shuts off all enemies radar for a short period of time. 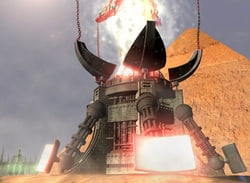 The Psychic Dominator housed what could have been a giant brain, but is unknown at this time. It is known that the device could store extreme amounts of psychic power, and then release it to mind control a group of units or vehicles in an area, though this required a significant build up of energy. Once charged up it would send out a huge tidal wave of psychic energy that could completely conquer human minds in an area and use telekinetic power to tear apart nearby structures. 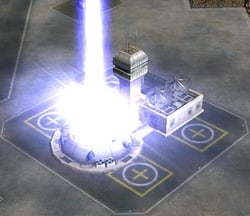 A Particle Cannon was a US building that fired a sustained particle beam up to an orbital mirror that reflected the beam back down onto enemy positions. The mirror could be remote-controlled by the commander to slowly move the beam hitting more then one target. 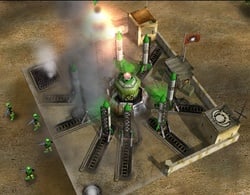 A Scud Storm was a building armed with nine toxin-filled Scud missiles, mixed with both explosives and some sort of corrosive agent. Due to the range, destructive power, and expense of construction, this weapon was considered a 'Superweapon'. 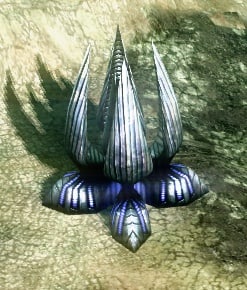 The Rift Generator is a powerful Scrin superweapon, one that displays a level of technological prowess dwarfing even the advanced technology of the GDI's Ion Cannon. Deployed during the invasion, the Rift Generator was capable of opening a wormhole and ejecting everything in a large radius into deep space. Heavily armoured buildings may be able to survive the rift opening, but are heavily damaged. 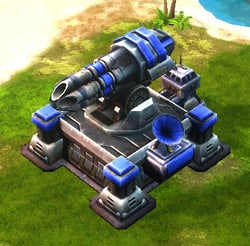 The Proton Collider, a large cannon-like superweapon that, when activated, unleashes a beam of focused protons and anti-protons up into space where it is reflected back down via what is effectively a large mirror orbiting Earth (however, it cannot be merely reflective, as the antiparticles will simply annihilate a mirror); the focused beam is so intense, that it burns everything in its path. 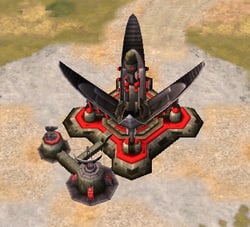 The Imploder warhead is mounted on a missile that is launched from Vacuum Imploder silo. Once launched, the missile could not be stopped by any regular means, on "detonation" it creates an artificial singularity that sucks everything inside the epicenter. Once inside the epicenter, every unit that got sucked in, regardless of strength from the lowliest infantry to the mightiest of ships, planes and tanks will be instantly and utterly destroyed by this hand-made black hole.

After some time singularity collapse on itself - thus ending the damage-dealing process. 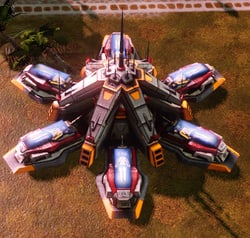 The Empire of the Rising Sun has possession of the Psionic Decimator that, when unleashed, creates a psionic storm, capable of damaging everything within a large radius, equal to that of the Allied Weather Control Device. It is the result of Empire's research on psionics and the destruction of this Imperial Superweapon is highly and immediately recommended before it is activated.

The concept of a "Weapon of Mass Destruction" has been around for quite some time; however, only in the twentieth century did military technology progress to the point that weapons capable of instantly killing large groups of enemy personnel with little risk to the wielder could be developed.

In the Command & Conquer game series, the highest point of technology and possibly your biggest advantage is constructing one of these weapons of mass destruction or "superweapons". They don't necessarily end a conflict but they pave the way for victory.

Mountains that ł have conquered...me
16 item list by I.T.log
31 votes

Powered by Source by List-All

Video Game Quotes I Use by ape

Vampires in Video Games by astro_man23

Powered by Lithtech by List-All

AVGW Reviews by Ape by ape

The Renegade FOX Unit by Seaworth