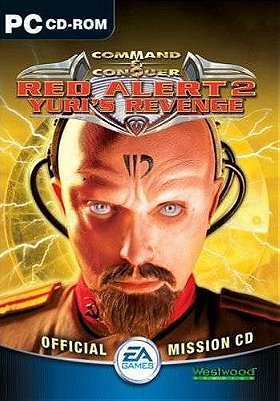 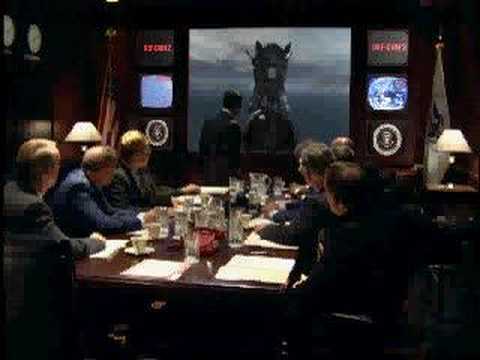 horiacretan
The best voice in the game Yuri, without a doubt....and of course the voices of the terrorists while working, "I will work", the funniest thing ever.

"The entire world is mine"

There are two single player campaigns in Yuri's Revenge, one for the Allies and one for the Soviets. Both are seven missions long and pit the player against Yuri's monstrous forces. In addition, each army gets five new units/buildings to aid their war efforts. For the Allies, there's anti-tank guardian infantry, Navy Seals, and robot tanks. The Soviets gain siege helicopters, battle bunkers, and "Boris" the Russian equivalent of Tanya. Also, the entire cast of Red Alert 2 returns to reprise their roles in the campaign cinematics.

Although there is no single player campaign for Yuri, his army becomes available as a third side in the multiplayer game with 13 new units and 11 new buildings. Combat forces include mutated brutes, Yuri clones, boomer submarines, and UFO like floating discs. Bases are built around bio-reactors and grinders (which shred captured units and refund cash) and defended with mind-control towers and gattling turrets. Yuri's strength leans heavily on his abilities to take over enemy troops with psychic units like the "master mind", a vehicle that can brainwash nearby enemies and turn them against their owner.
... (more) (less)
Manufacturer: Electronic Arts
Release date: 12 October 2001
Number of discs: 1
EAN: 0014633144659 UPC: 014633144659
Tags: RTS (5), Strategy (3), Sci-fi (2), (2), Westwood Studios (2), Command & Conquer (2), My Psychic Dominators Will Dominate You (1), Action (1), Developed By Westwood (1), New Faction (1), Add On (1), Fantasy (1), 2001 (1), Cutscenes (1), Superweapons (1), Yuri (1), Soviets (1), Alternate Timeline (1), 3 Factions (1), C&C (1)
My tags:

"The entire world is mine"

“Warning: SpoilersBefore the widely hated and greedy company of Electronic Arts took over the beloved Command and Conquer series of Real Time Strategy games, there was good old Westwood Studios. This (now defunct) company put out all the games in the C&C series, up until 2003 when Generals came out. In 2000, they released Red Alert 2, which focuses on an alternate timeline where Adolf Hitler is killed by Einstein and thus sets into effect a war that is initiated because the USSR decides to invade europe. Red Alert 2 was a pretty good game. Not just gameplay wise, but also because of its complexity. You had to actually be intelligent to play it because you have a limited amount of money and resources, and it's up to you to manage them effectively. About a year later, Westwood once again ” read more

horiacretan posted a review 12 months ago

“The best voice in the game Yuri, without a doubt....and of course the voices of the terrorists while working, "I will work", the funniest thing ever.” read more

Mirosan added this to a list 4 years, 2 months ago
Top RatedPC-Listal1STquarter2015 (885 games items)