8.2
Spartakus and the Sun Beneath the Sea
This was a show made originally in France that was shown in English on Nickelodeon. I choose to put this show first, because although I only watched the show all the way through as a child, it affected me very much, and I recommend you look the show up on youtube. As far as I know, there's no one selling it in the US or UK.

7.9
ThunderCats (1985)
Who missed Thundercats in the 80's? No one! I loved this show. Sure, it was lacking in depth, but do you think I noticed when I was four?

7.6
The Real Ghostbusters (1986)
This was a show I watched regularly for years. As a child, it was more fun than the movies. This is one of my favorites, to be sure.

8
Transformers (1984)
Ah, Transformers. What kid doesn't love robots. Obviously they still do, the success of the recent Transformers movies prove that. I personally have only watched the cartoon show.

7.7
G.I. Joe: A Real American Hero
There was no escape from G.I. Joe in the 80's. But who would want to? The show was fun. Crazy vehicles, blasters, Cobra Commander and his raspy voice, and... Baroness. 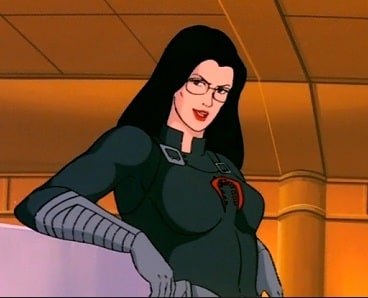 7.5
He-Man and the Masters of the Universe (1983)
Looking back, maybe I only liked He-Man because of the toys. Regardless, you would have had to kill me before I would miss an episode of He-Man on the weekend. 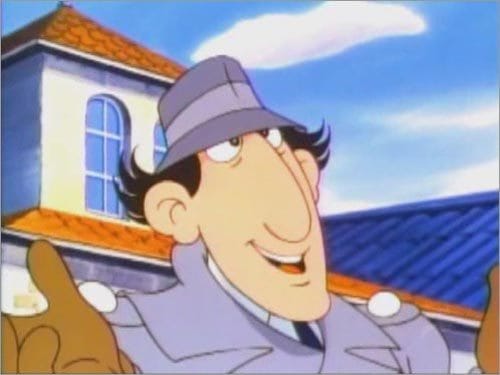 7.4
Count Duckula (1988)
Count Duckula was a British cartoon show about a Vampiric duck that couldn't drink blood. It was a really funny show.

7.4
Danger Mouse (1981)
I watched Danger Mouse a lot when I was young. Animal characters are hard to beat when you're in elementary school.

7.3
C.O.P.S. (1988-1989)...
Like many shows in the 80's and early 90's, cartoon shows lived and died by their toy sales. In the case of this really interesting show about futuristic cops, it was cancelled when the show didn't drum up enough sales for toys.

7.1
BraveStarr (1987)
This is one of the few shows you'll ever find starring a Native American as the lead character. BraveStarr was a show about a sheriff in a cross between the future and the old west. It too was cancelled when the show didn't lead to enough sales in toys. 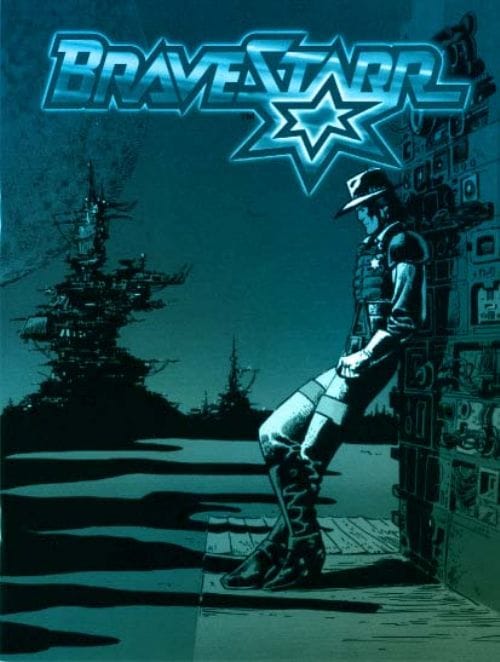 7.8
Mighty Max (1993)
This show was one of the best kid's cartoons ever made. It was my favorite show of the early nineties, and one of my top five cartoon shows. Mighty Max aired in the nineties for a couple of seasons. I think this show flew under the radar for the most part, and I'm not sure many people had the chance to watch it. A shame!

7.3
Beetlejuice (1989)
I loved the movie "Beetlejuice" as a kid, and had to watch the cartoon. It wasn't anything like the movie, but I still enjoyed the show.

7.1
Eek!stravaganza (1992)
Eek! the Cat was a funny, twisted show that I really enjoyed. You should check out a couple of episodes, there a few on youtube.

7.5
Muppet Babies (1984)
Muppet Babies was a surprisingly good show in the 80's. The title gives away the entire idea behind the show.

7.4
The World of David the Gnome (1985)
David the Gnome was a great show for kids. He talked to the audience often, explaining things about the forests and animals.

7.8
The Tick (1994)
The Tick may be the funniest cartoon ever made. Ever. I believe it was based on a comic series, and the cartoon spawned a failed live action TV show.

7.6
TaleSpin (1990)
TaleSpin was a good cartoon show that used characters from Disney's "The Jungle Book." 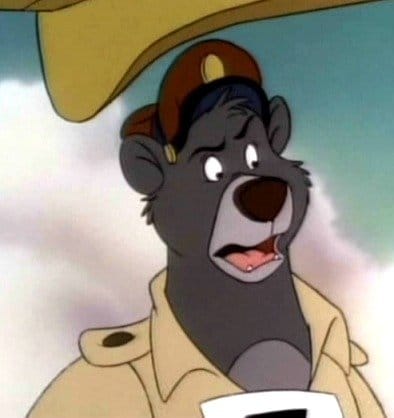 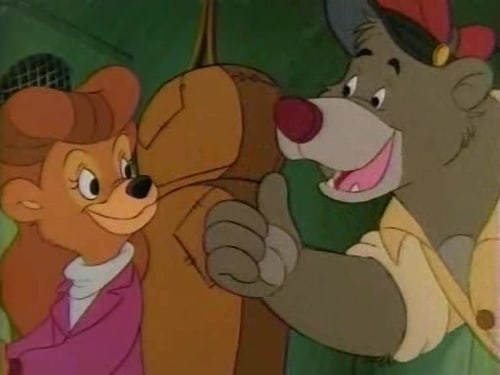 8.1
DuckTales (1987)
DuckTales was a Disney show that starred Huey, Louie, Duey, and their Uncle Scrooge MacDuck. It was a lot of fun to watch, and spawned an animated movie.

7.6
Darkwing Duck (1991)
Darkwing Duck was a show that emerged from the success of DuckTales. I really enjoyed this show, and watched the first episode when it aired.

7.4
Doug (1991)
Doug was a pretty good show from the early 90's. It centered around Doug's awkward growing pains, and his love for a girl named named Patty.

7.4
Jem (1985)
Yes, I watched Jem when I was kid. Yes I enjoyed it, and I don't apologize. This was a pretty interesting and unique show. All though it was a little wacky, it didn't seem strange to me at all when I was a kid.

6.3
Dennis the Menace (1986)
Dennis the Menace was fun, mostly because of his dysfunctional relationships with his friends, and neighbor. Looking back, Dennis was a bit of a sadist, but it was still a fun show.

8.4
X-Men: The Animated Series (1992)
The early 90's X-Men show was a very entertaining, and at times a dark show for a cartoon. At a time when many good cartoons were being made, I really took this show for granted.

0
Exosquad
Exo-Squad was one of the incredibly good cartoons on Fox in the early 90's. It didn't feel like a cartoon at all, as there was a lot of death, and an oppressive feel to the show that left you feeling worried for the fate of every character. This was one of the best shows on TV in 93, cartoon or otherwise.

0
Challenge of the GoBots
There once was a show named GoBots. It couldn't compete with Transformers, and didn't last very long. Their toys didn't sell either, which was probably the main reason for GoBots being cancelled.

7.2
Smurfs (1981)
Yes, the smurfs. This show ran for a long time, and kept going in reruns. I'm not even sure how many versions of this show came out, but the "La La, LaLa-La-La" was stuck in my head most of my childhood. 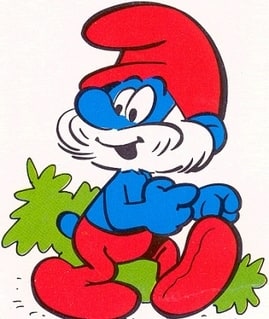 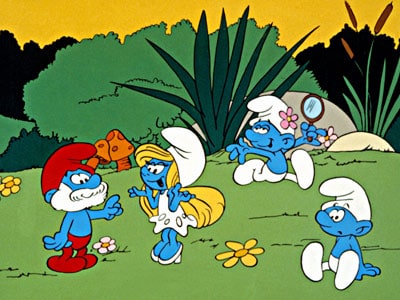 7.9
Teenage Mutant Ninja Turtles (1987)
Last but not least, Teenage Mutant Ninja Turles. This felt like the biggest franchise of the late eighties, and early nineties. Video games, board games, toys, cereal, television, lunchboxes, cards, pogs, every damn thing had the 'heroes in a halfshell' on it. And people, including me, ate it up. I watched and liked this show, as I'm sure many of you did. 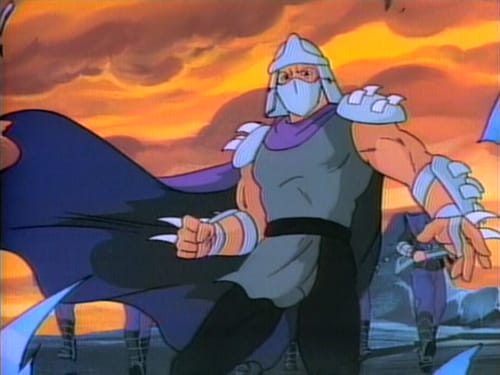 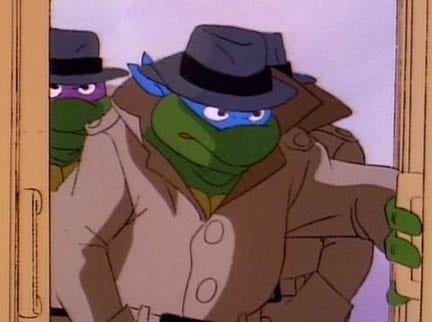 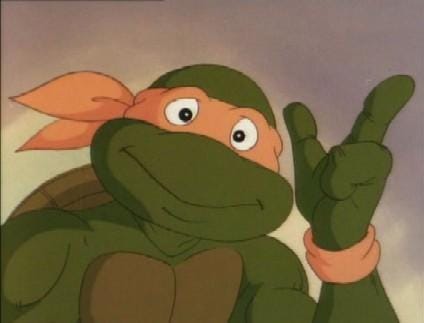 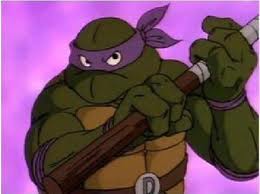 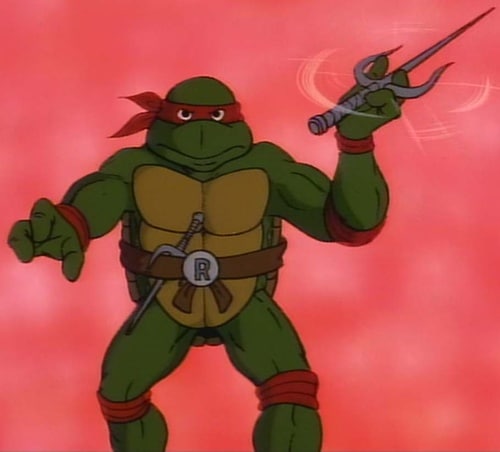 I didn't realize just how many cartoons I watched until I started putting them into a list. Then again, I watched cartoons for years, so I wasn't watching these all in the same years. Since doing my other list, "Scenes from childhood" with movies, I decided I wanted to go back in time and explore some of my choices in cartoons. A separate list will be made for TV shows, since this one is pretty long on its own.

HV Presents: Hamza's Consoles Over the Years! by Happy Vader

The Great Britain by SFG¿mystic

Iconic and Memorable Roles: TV, part I by Joseph Grey