To vampires, human blood works like alcohol: it can make you feel good, but it can impair your judgement, particularly if you binge or go drinking with friends. True blood is like a non-alcoholic beverage. It doesn't do much except hydrate you. 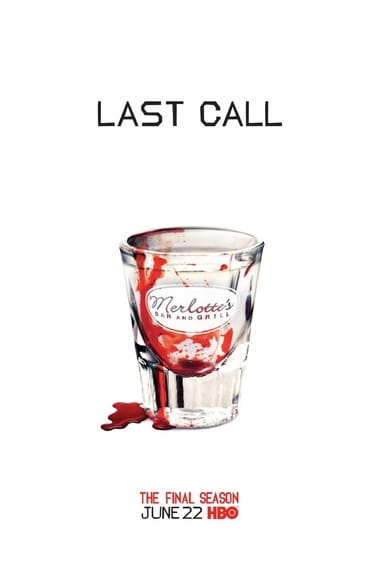 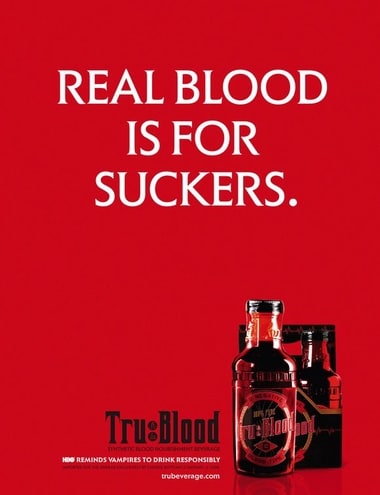 Vampire blood (a.k.a. V), Lilith's blood and fairy blood are addictive drugs with similarities to Cocaine, Viagra, LSD and Ecstasy. 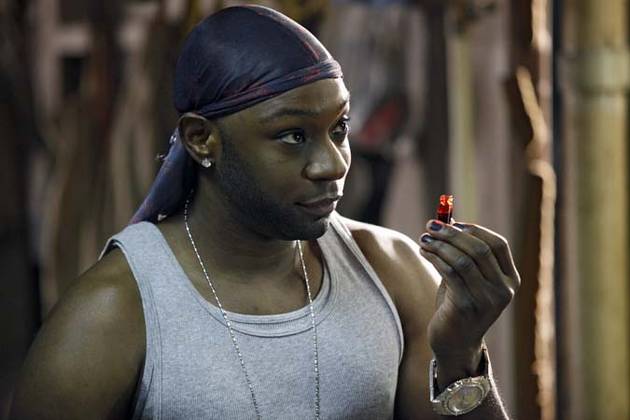 Staying off blood and on True Blood is a challenge 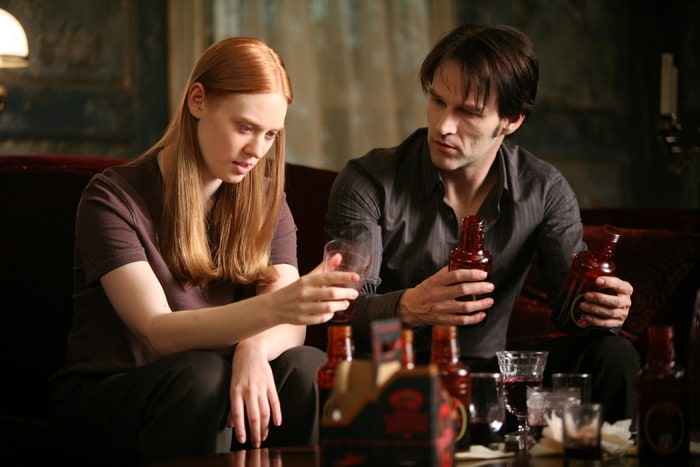 Vampires and their supporters seek legal protections through the Vampire Rights Amendment (VRA.) 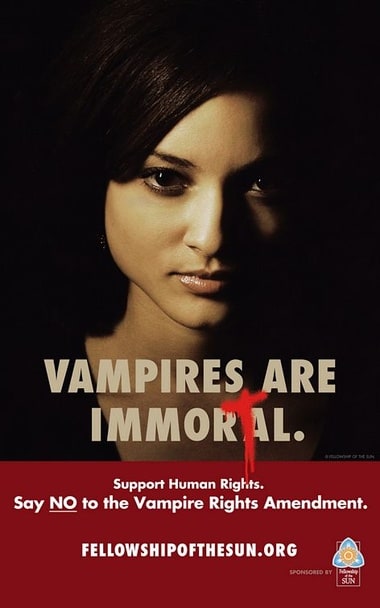 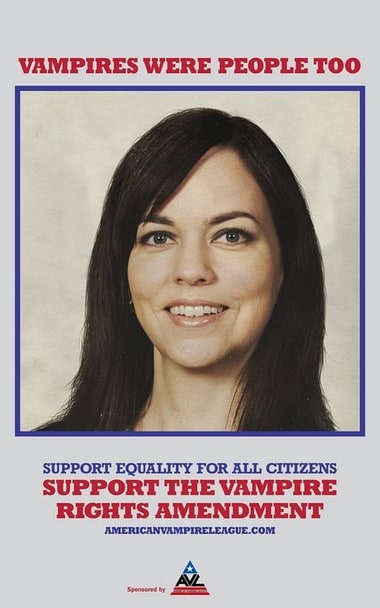 BUT vampires systematically pay lip-service to non-violence towards humans, then violate their rights behind closed doors. 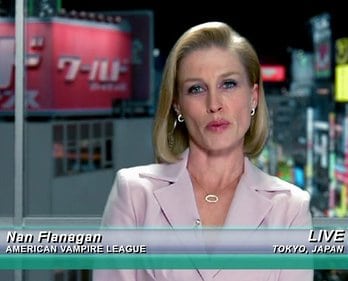 Nan Flanagan is a key spokesperson for the vampire rights movement 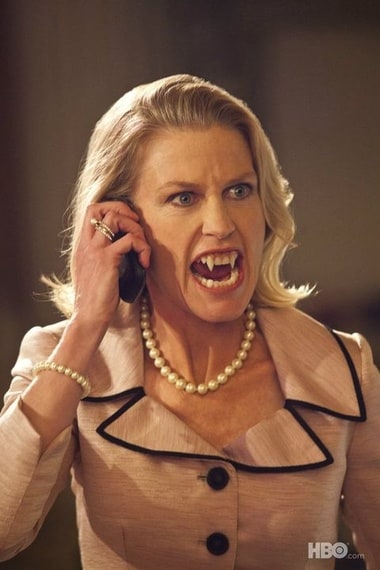 ...but what she says is later revealed to be cynical propoganda.

Various citizens of Bon Temps and members of The Fellowship of the Sun show ignorance, fear and hatred towards vamps. It should be noted that vamps are typically dangerous and manipulative, so these reactions are not without basis. 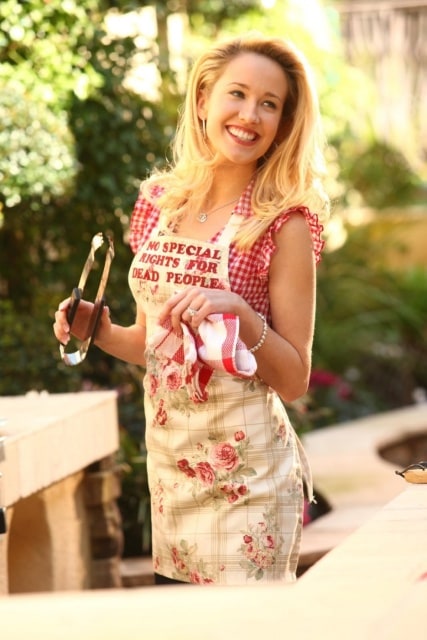 The Governor of Louisiana: declaring that vampires have no rights, instituting curfews, shutting down their businesses and seizing their property, setting up a 'camp' to hold them, complete with lethal medical experiments. 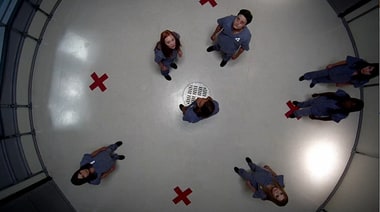 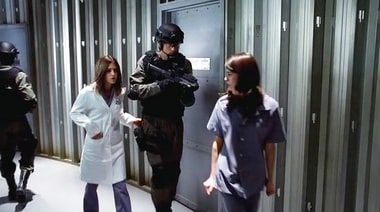 Vampires have the ability to violate consent through physical force and/or mind tricks. They also rarely seem to feel remorse and often enjoy it. 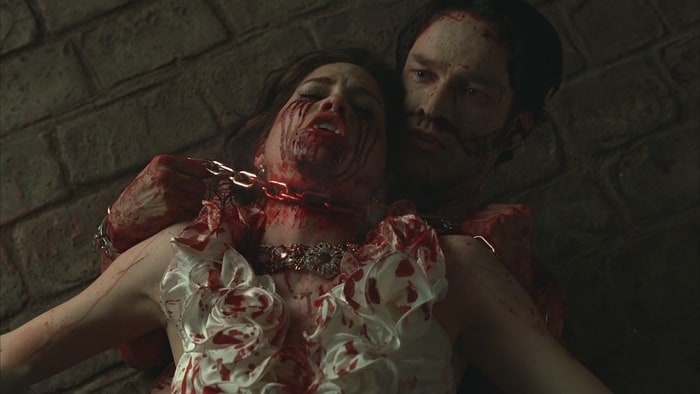 A maker has the ability to completely control the actions of their progeny until they release them. This uneven power dynamic can be used to guide and protect progeny, but can also be abused. Bill's relationship with his maker was unhealthy and codependent. 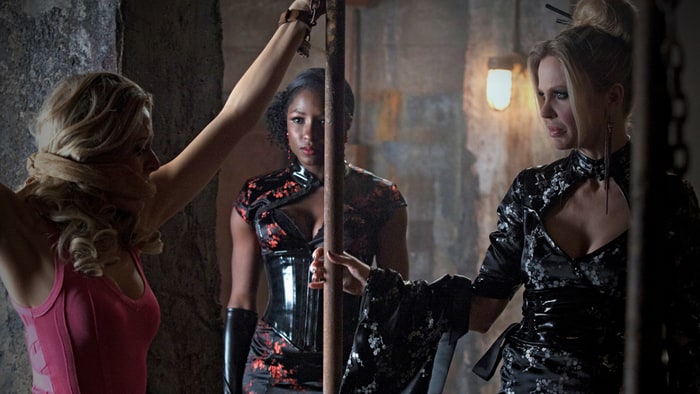 In 'Somebody That I Used to Know' (S5E8) Pam uses her Glamour to turn Tracy into a blood slave. This was done partially out of need due to a shortage of true blood, but also as a punishment. Both Pam and Tara seem to view this as justified. 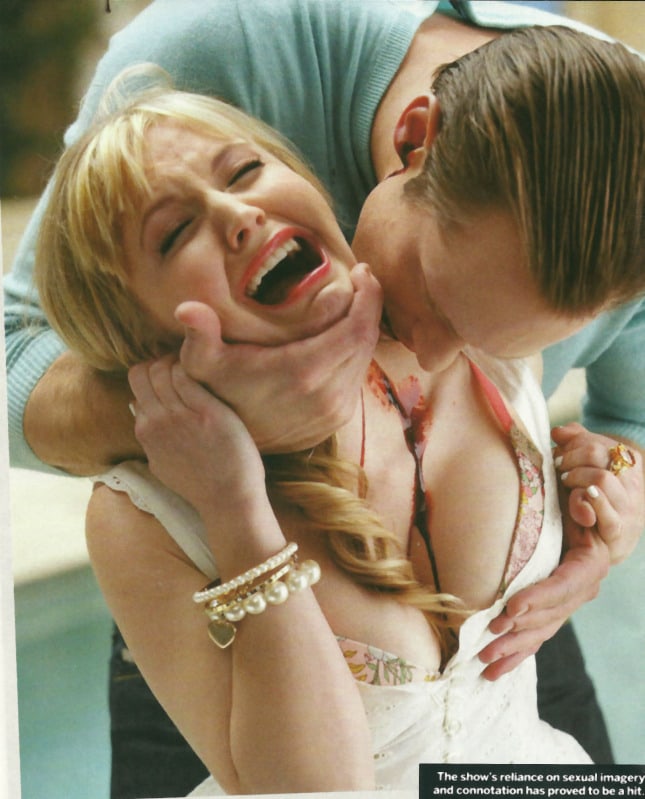 Feeding is a sexual act and forcing someone to be fed upon against their will is akin to rape. To make it easier, vampires will Glamour humans to make them forget or make them think they agreed to it. In this context, Glamour is like a date rape drug. 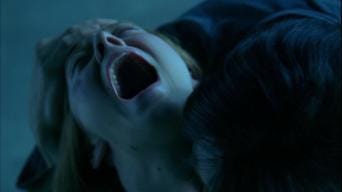 A vampire's lust for blood is entangled with their sexuality. 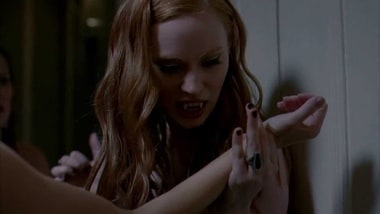 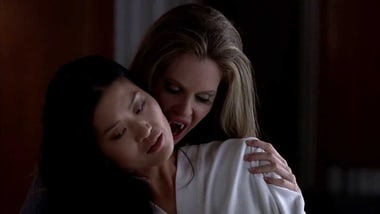 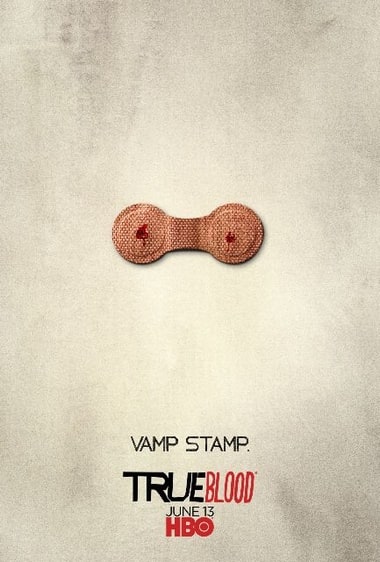 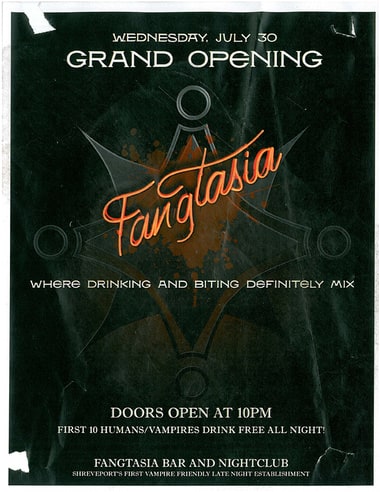 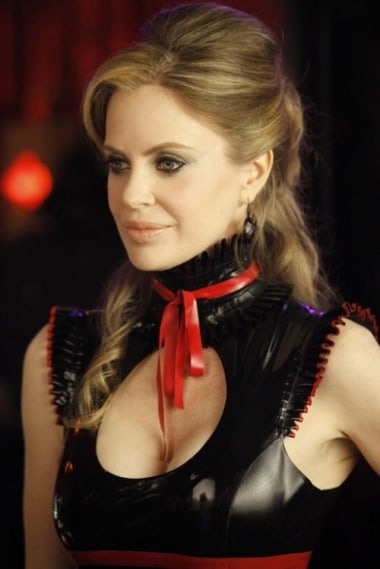 True Blood portrays 'baby vamps' as akin to children or teenagers. When she is turned, Jessica Hamby is a teenage virgin. She starts out as moody, rebellious and inexperienced. When she first cries she is surprised by the blood - no one had told her that would happen. This is an obvious parallel to menstruation. She begins to learn about who she is both as a vampire and romantically as she explores her sexuality with her first love, Hoyt. In contrast, the end of this relationship signifies a transition into early adulthood as she becomes more familiar with herself. 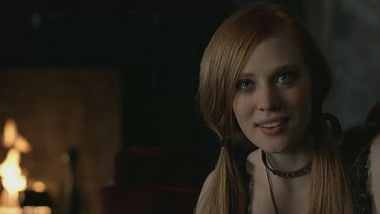 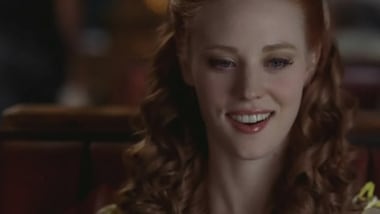 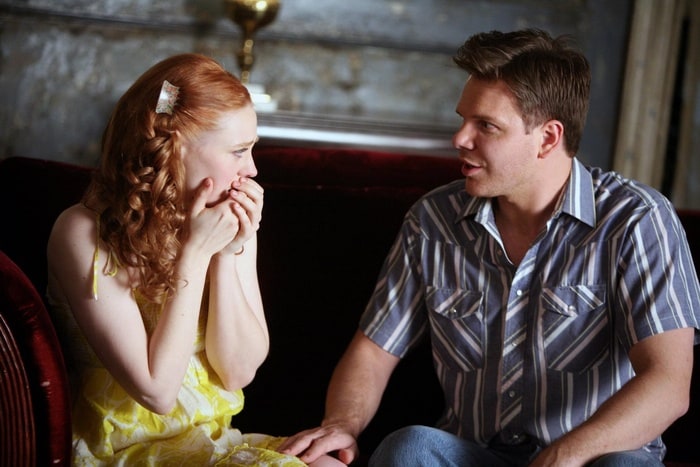 Jessica is initially embarrassed by her arousal/fangs.

Hep V is a deadly virus transmitted through infected blood. 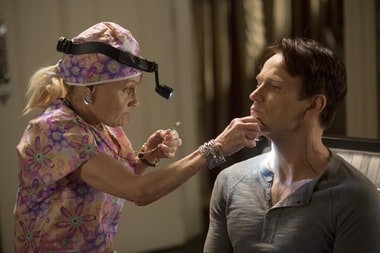 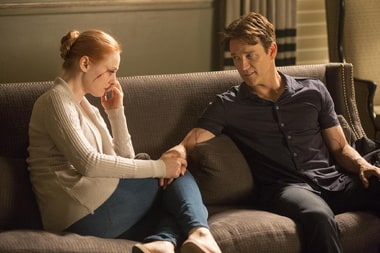 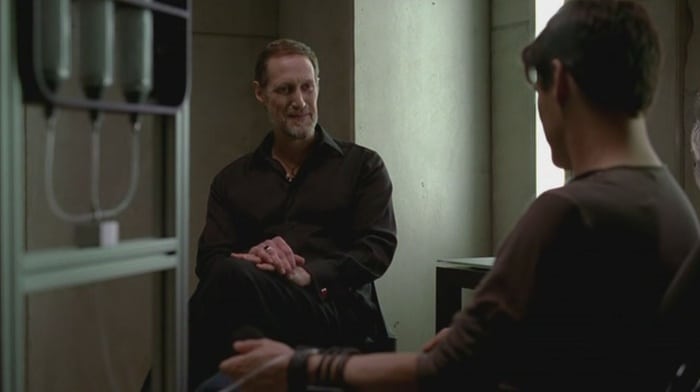 Inquisition - In season 5, the Vampire Authority is home to two conflicting religious/political factions. Several vampires, including Bill and Eric are tortured to determine their allegiance. 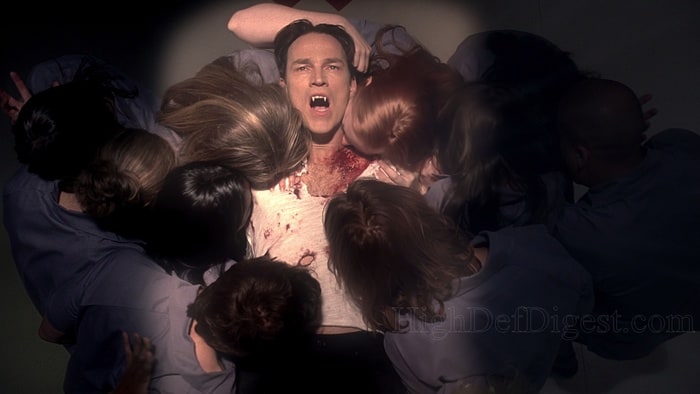 Bill is the savior after making a great sacrifice - he gives up his research into day-walking to save the vampires from the camp. 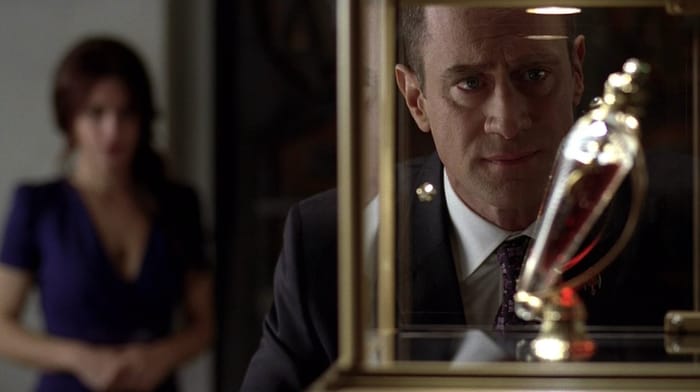 A vampire requires an invitation to enter a dwelling and can be expelled upon command. This can usually be gotten around through the use of a Glamour. However, in Sookie's case, a vamp's ability to enter her home directly relates to whether they are in her circle of trust. Circumventing this, as Eric eventually does by buying Sookie's house, represents a deep violation of her trust and boundaries. 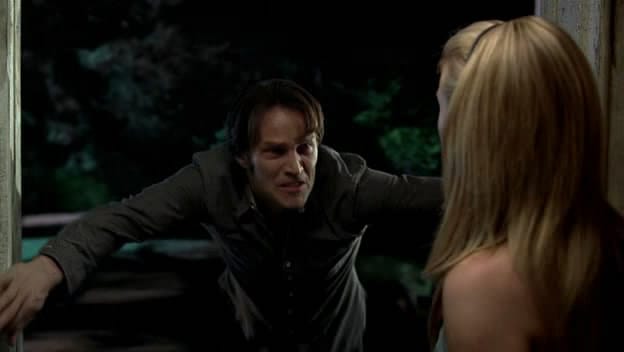 Humans and vampires can heal each other through giving blood. 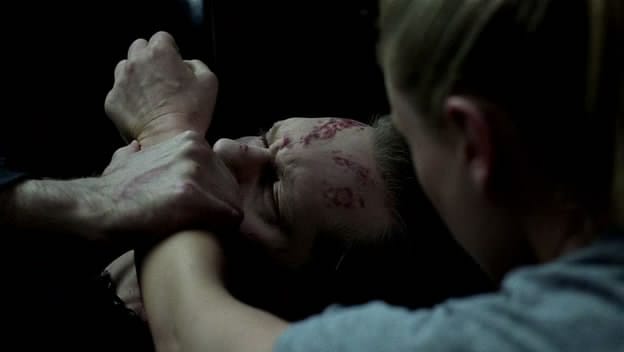 Load more items (54 more in this list)
***CONTAINS SPOILERS***
Various parallels/allegories/metaphors in True Blood. Many of these are overlapping or contrasting.

Get Down With OCD! by ChihuahuaDaddy

Movies I've Watched in 2018 by DrStrangeblog

Game of Thrones Characters by Magdalena

Because I Was Curious, Dammit! Part 4 by ChihuahuaDaddy

Most popular celebrities by persephon

Actors I've Met... Or At Least Stood Near by thaskett

Movies That Suck by Haydn, The Salami

Celebrities Known for their Sexy Pout by Blue Pineapple

Flicked out hairstyles by Blue Pineapple