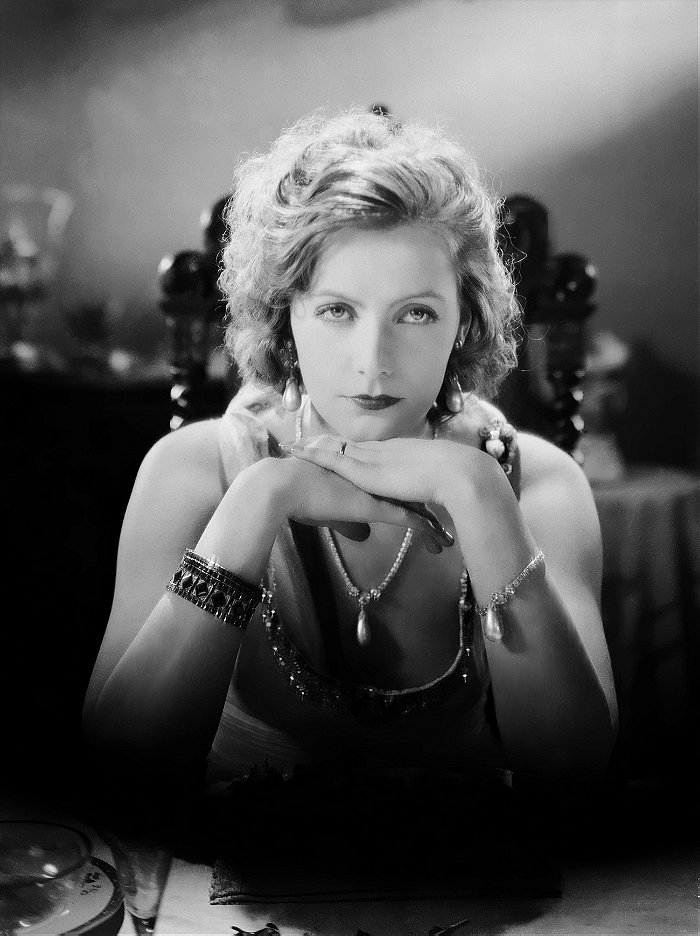 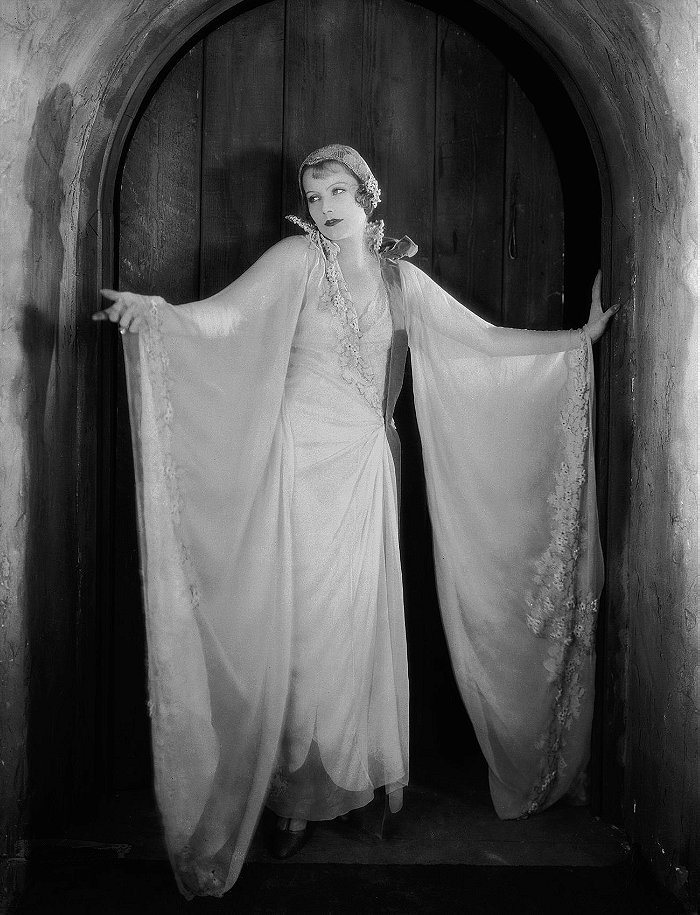 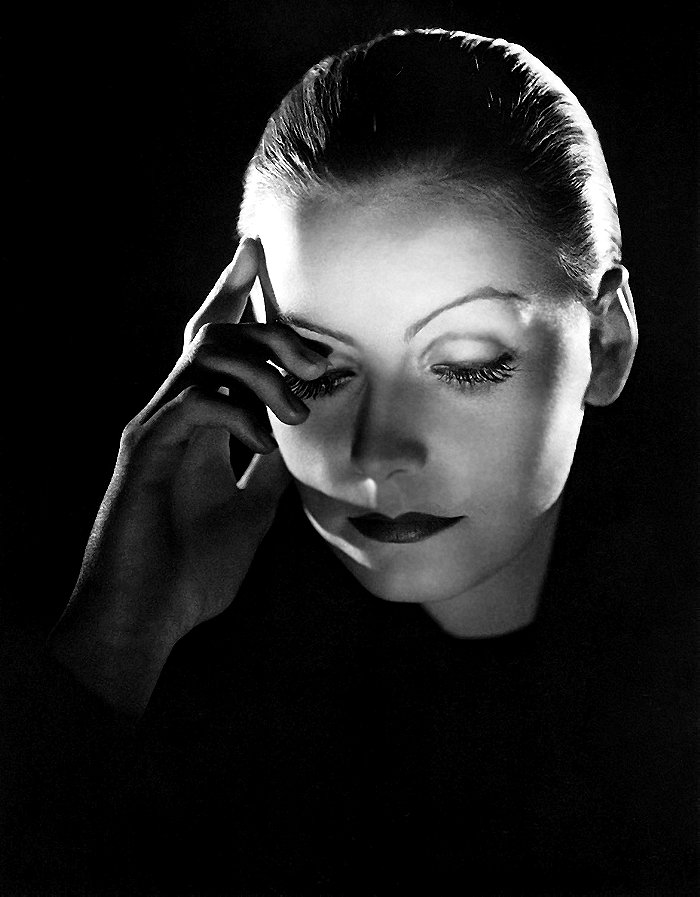 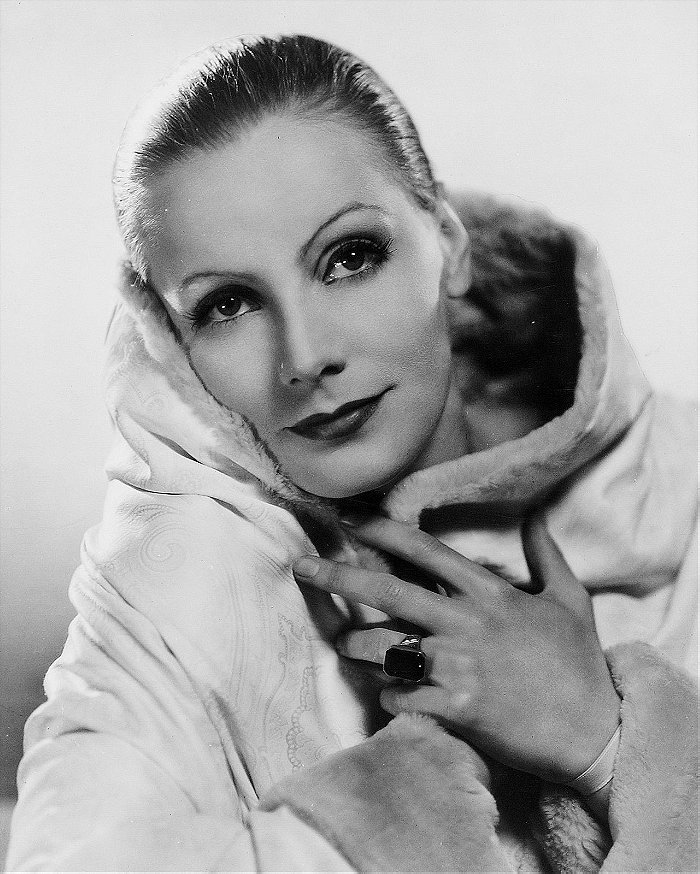 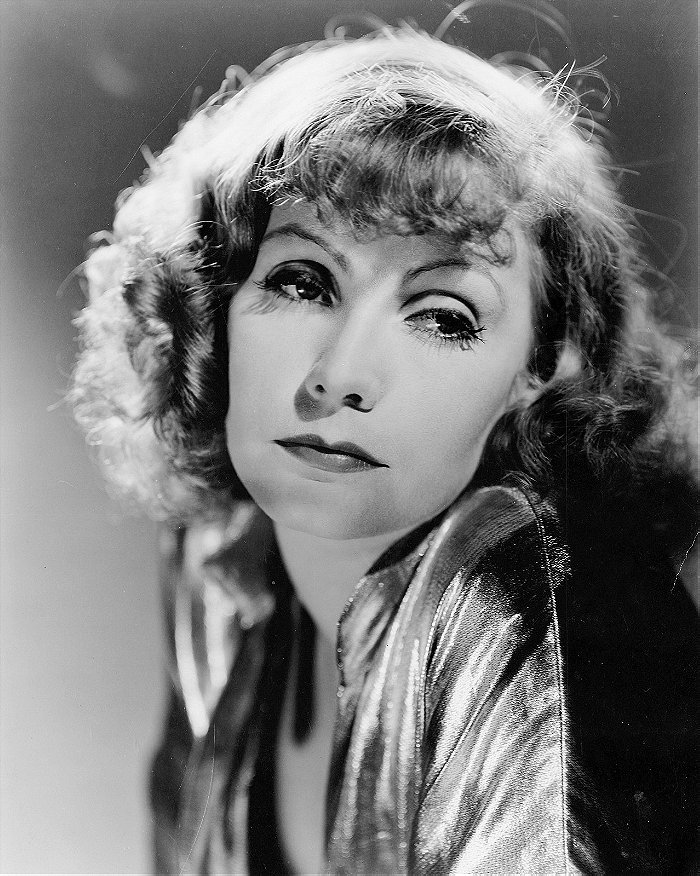 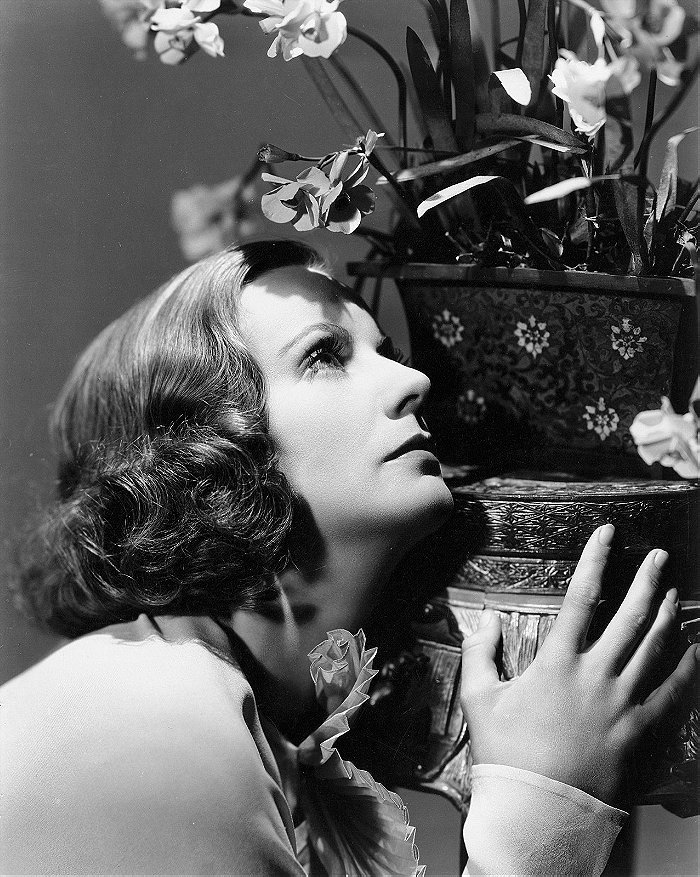 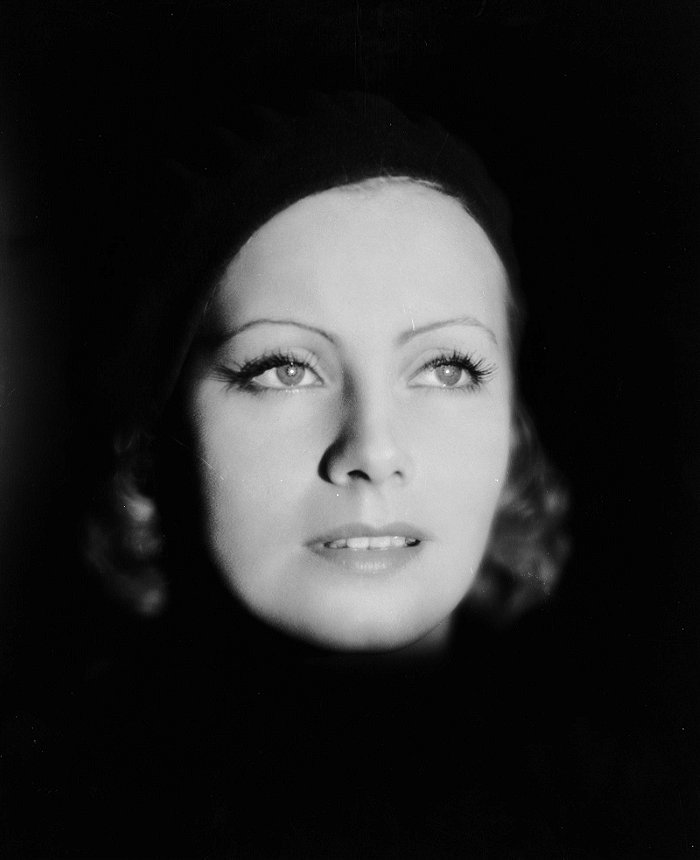 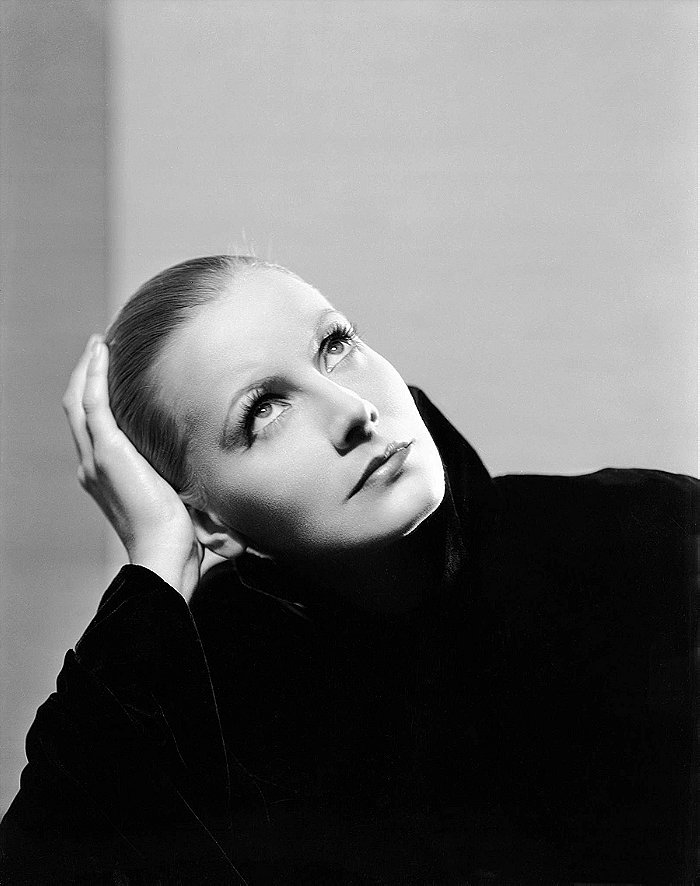 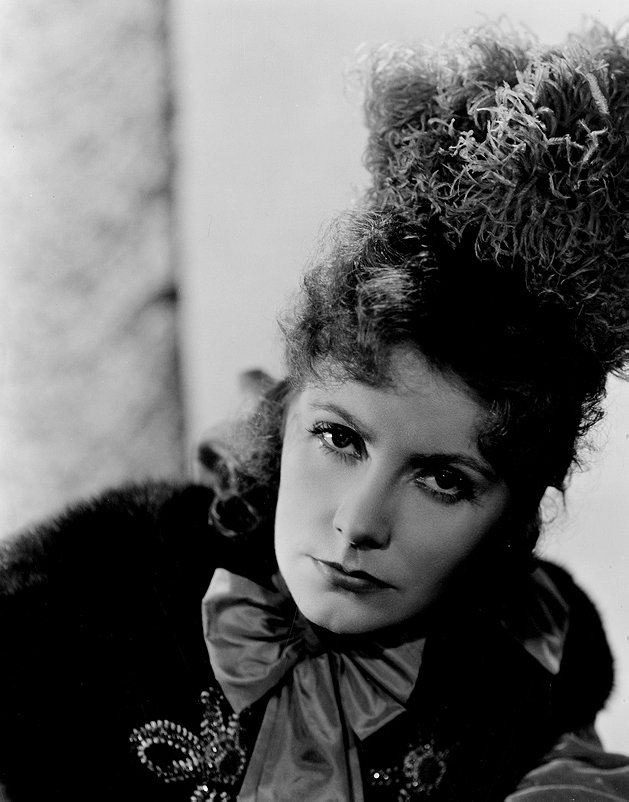 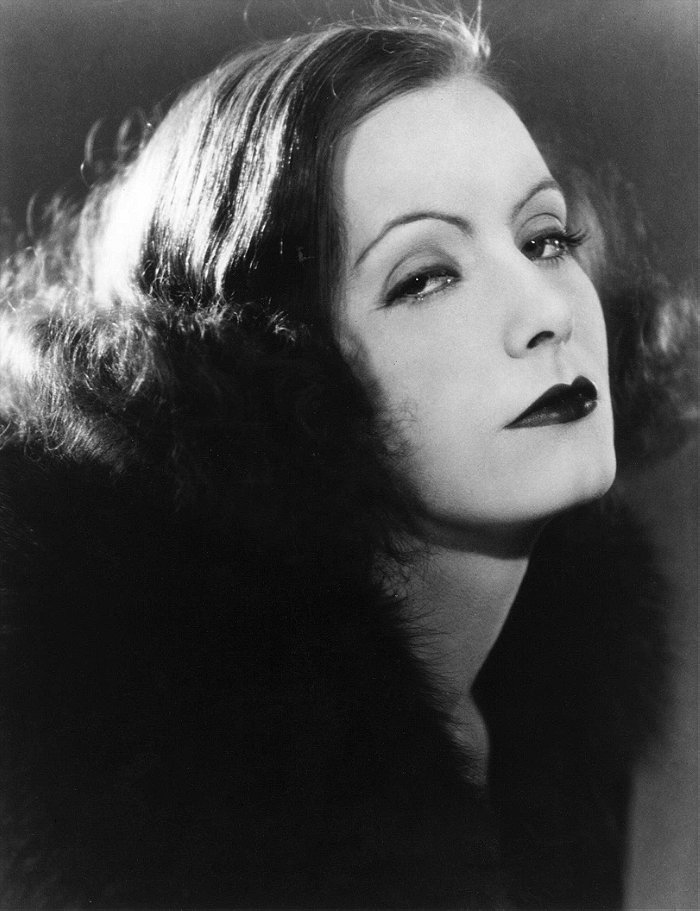 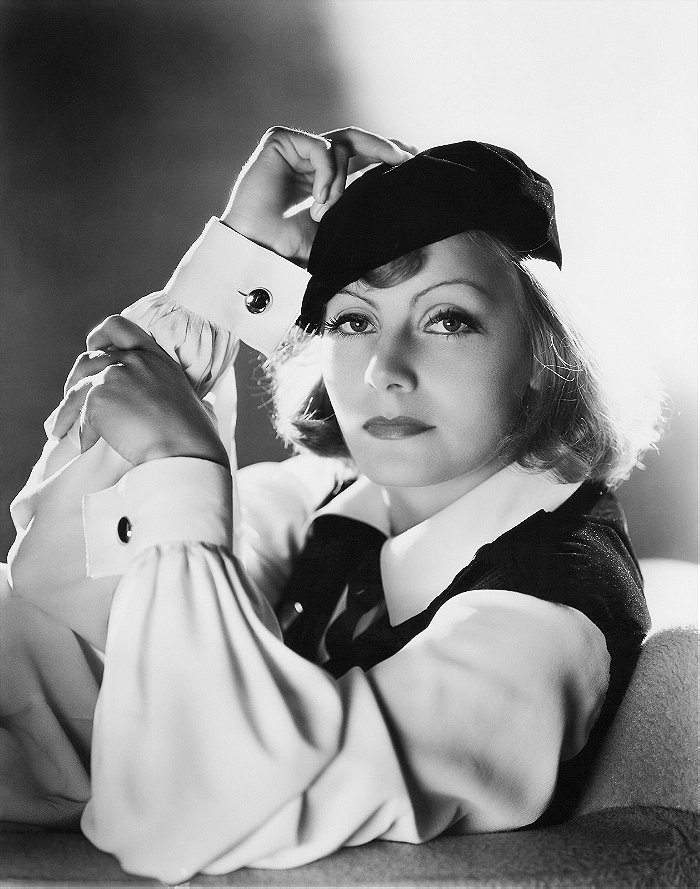 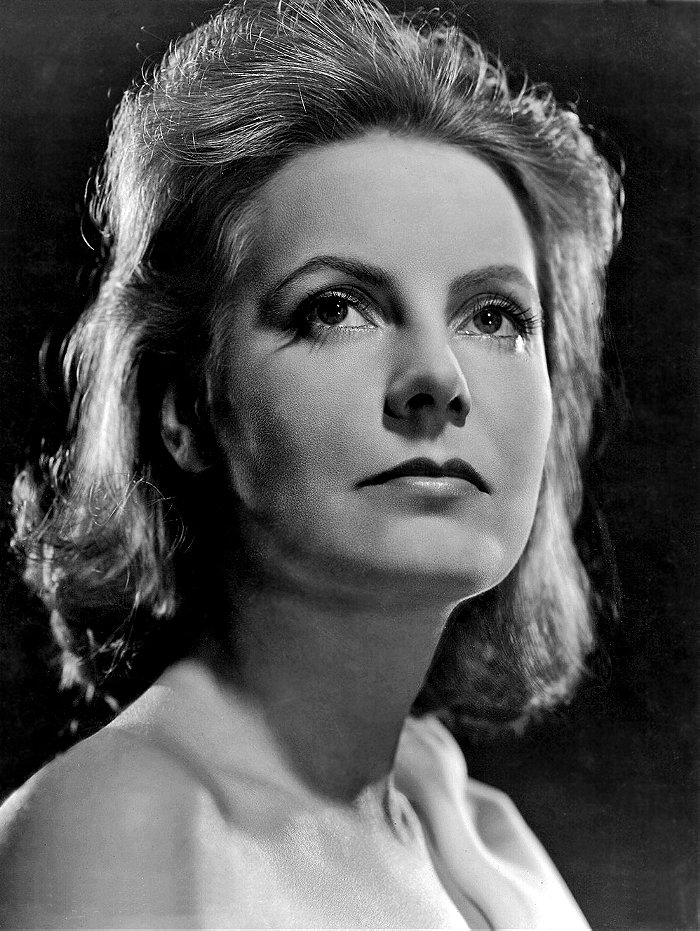 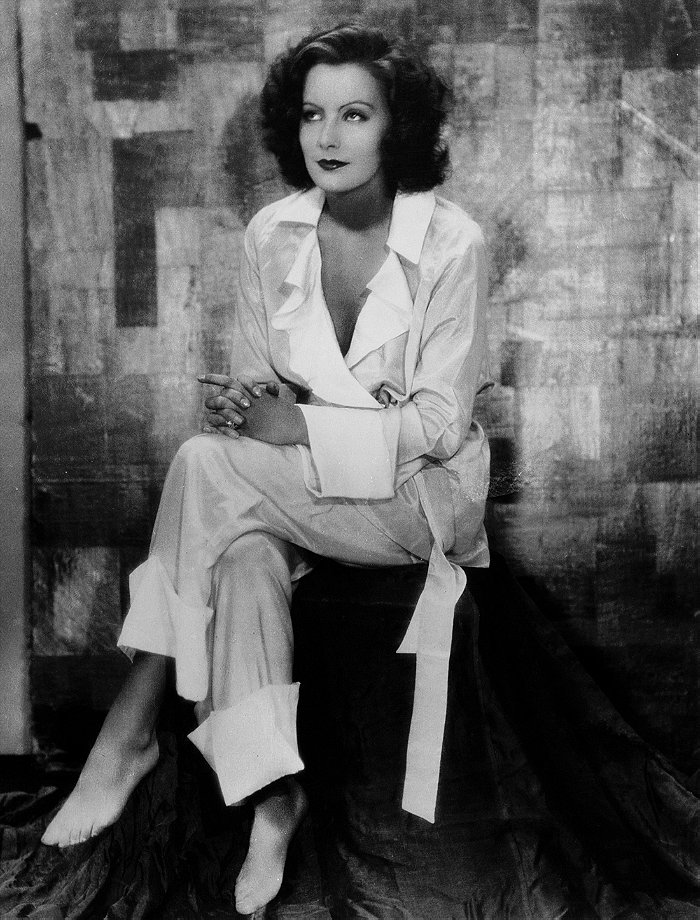 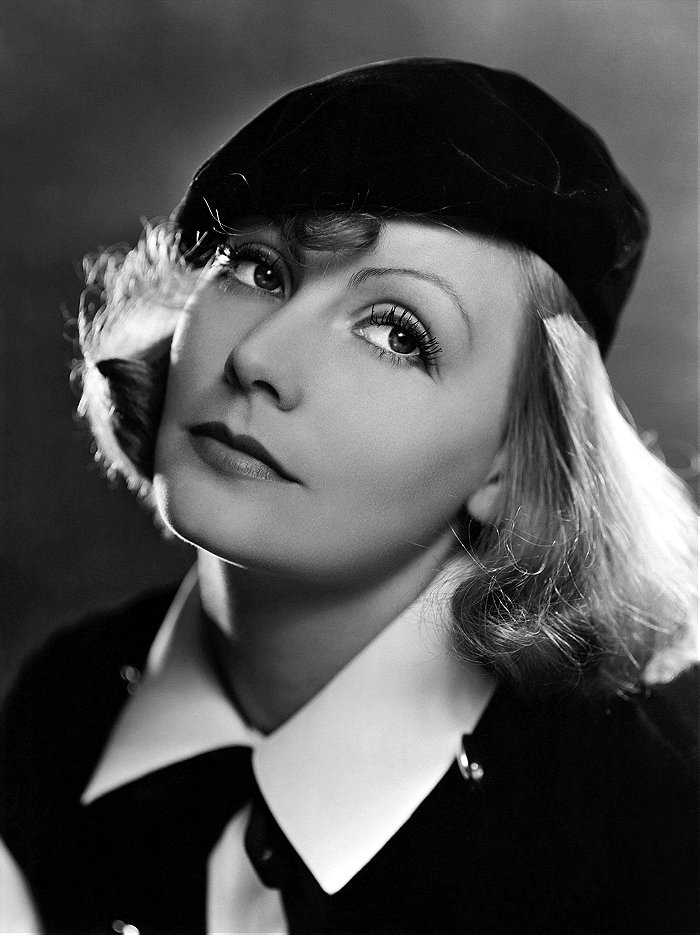 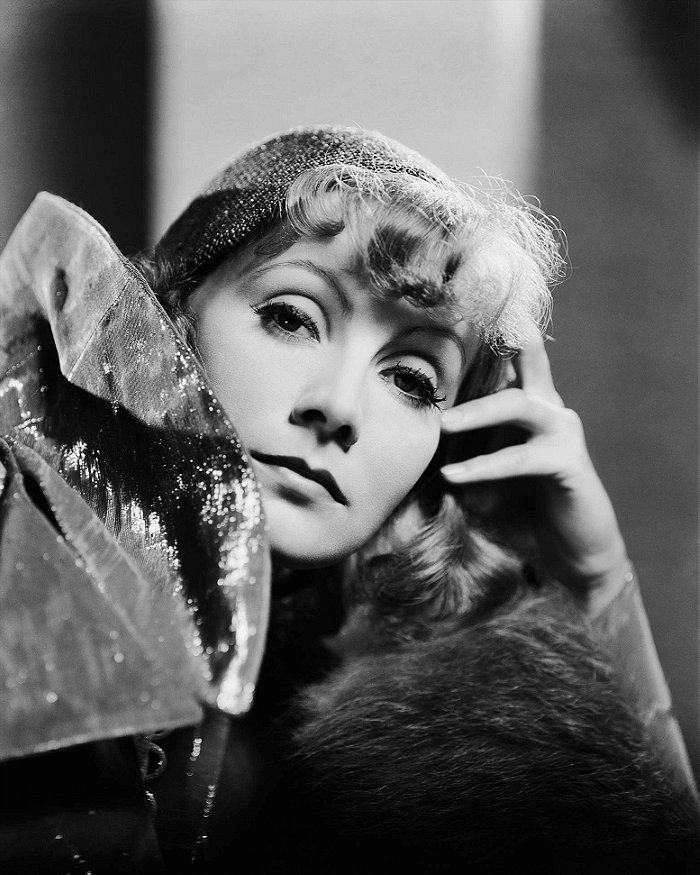 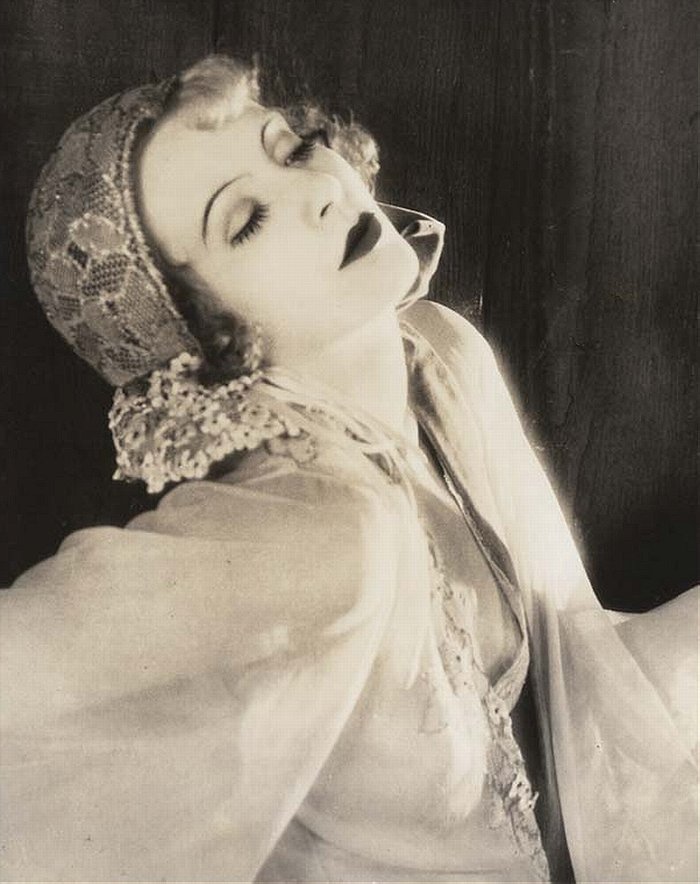 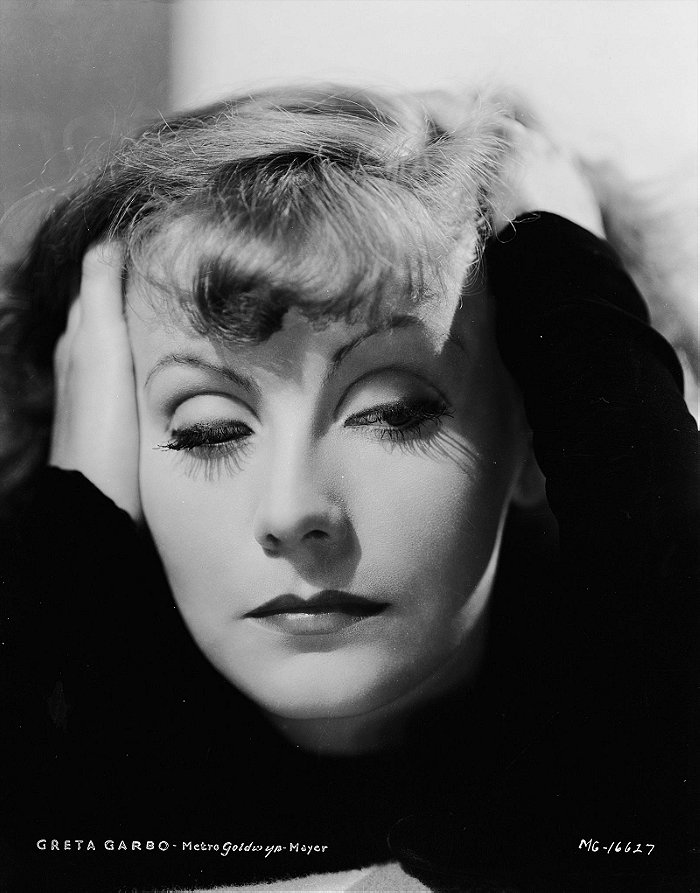 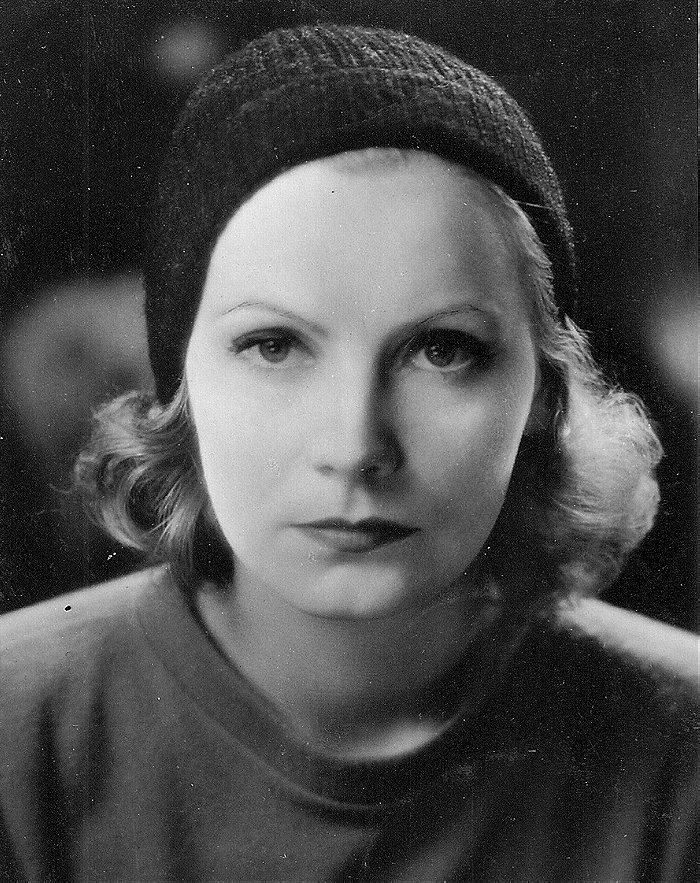 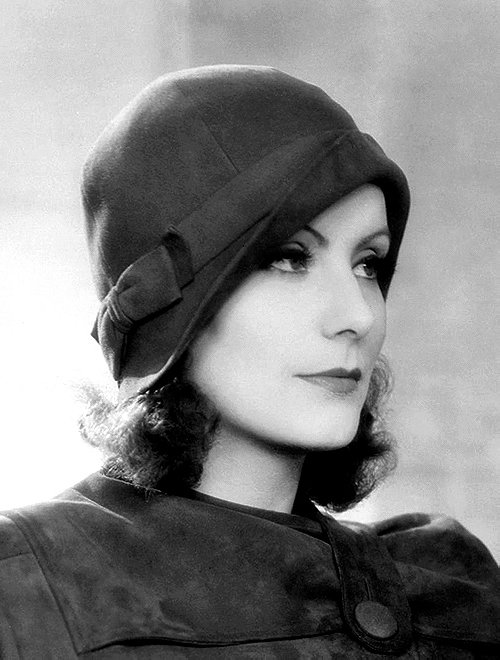 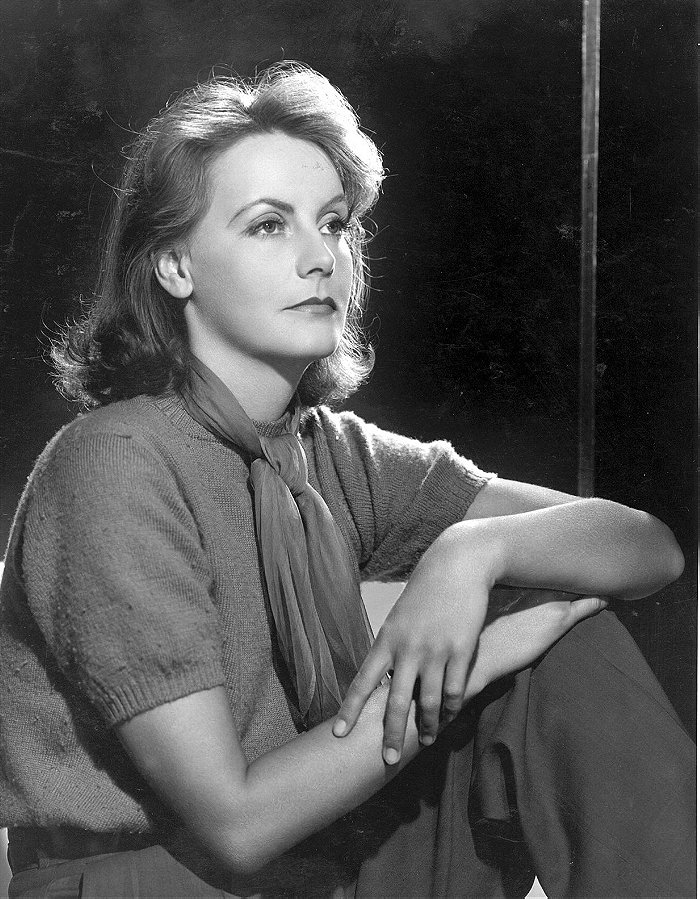 Greta Garbo was born on September 18, 1905 in Stockholm, Sweden. A reclusive star, Garbo began her career in Europe before coming to the United States to work for MGM when she was 19. Her sensual, mysterious look made her a hit with American audiences, both in silent and sound films before World War II. She died in New York City in April 15, 1990.

Actress. One of Hollywood's most enigmatic stars, Greta Garbo was born Greta Lovisa Gustafson on September 8, 1905 in Stockholm, Sweden. To her parents, Karl and Anna, who already had two children, Greta came as a surprise arrival, further straining the family's already tight finances.

Greta's father was an unskilled laborer who was often out of work and in poor health, which forced his family to live with the constant threat of poverty.

At the age of 13, Greta dropped out of school to care for her father, who had fallen deeply ill. He died two years later of kidney failure. The strain her father's health and subsequent death left on the family deeply affected young Greta, who promised to make a life for herself that was void of financial hardship.

Following her father's death, Greta landed job as a salesperson at Swedish department store. To help promote the men's clothing line Greta starred in a pair of advertising shorts, modeling the attire. Her natural instincts in front of the camera soon led her to a role in her first film, a comedy called Peter the Tramp (1922).

But Greta cut her education short after just a year after meeting director Mauritz Stiller, Sweden's leading silent film director, who wanted the young actress to star in his new film, The Legend of Gosta Berling (1924).

The film's success in both Sweden and Germany made Garbo famous. It also solidified a partnership with Stiller that would change her career and life. Stiller coached her as an actress and convinced her to change her last name to Garbo.

Garbo's next film, Streets of Sorrow (1925), in which she played a prospective prostitute, furthered Garbo's standing as a star in Europe. The film also caught the
Attention Metro-Goldwyn-Mayer (MGM) production chief, Louis B. Mayer. Mayer wanted Stiller, who worked on the film, to work in America. The flamboyant director agreed to a contract with one condition: Garbo was to come with him. Reluctantly, Mayer inked her to a deal, too.

The 19-year-old Garbo arrived in America in 1925. Her arrival had come quietly and from the start, she showed a reluctance to deal with the press or reveal anything about her private her life. During her first interview, she curtly told reporters, "I was born. I had a mother and father. I went to school. What does it matter?"

Garbo's first American film, The Torrent (1926), cast her as a Spanish peasant who is desperate to become an opera star.

But the planned Garbo-Stiller partnership in Hollywood never materialized. Stiller wasn't hired to direct The Torrent, and after a subsequent blow-up with MGM executives he bolted for Paramount where he again encountered problems with his bosses. He returned to Sweden in 1928 and died a year later.

Garbo, however, proved to be an immediate star. Her next two films, The Temptress (1926) and Flesh and the Devil (1926), were both hits and made the actress an international star.

For MGM, Garbo was their biggest asset. Her first three films amounted to 13% of the company's profits during 1925 and '26. Garbo, ever mindful of the financial difficulties she'd grown up with, knew she had leverage. After a contract dispute with MGM, Garbo, who'd threatened to return to Sweden, landed a new contract that paid her a record $270,000 per movie and gave her unprecedented control over her roles and the films she starred in.

In so many ways Garbo represented a new kind of Hollywood actress, one whose vulnerabilities, sexuality, passion and mystery swirled together to entice both male and female audiences. IIn addition, her style changed the course of American fashion, while her reclusiveness (she gave her last American interview in 1927) only fueled the public's fascination with her.

The advent of sound presented a predicament for MGM. The future of films was clear, but there was real hesitancy to let audiences hear Garbo speak. Executives worried her star power would be diminished by her accent and low, throaty voice.

Finally, though, MGM relented and in 1930 Garbo made her debut in sound in a film adaption of Eugene O'Neill's, Anna Christie. Despite MGM's concerns, Garbo's star did not fade.

In 1931 she teamed up with Clark Gable in Susan Lenox: Her Fall and Rise, then co-starred with Melvyn Douglas in 1932's As You Desire Me. That same year she was part of an all-star cast that included John and Lionel Barrymore, Joan Crawford and Wallace Beery in Grand Hotel. The film won a 1932 Academy Award for best picture.

In 1933, Garbo took on her perhaps most ambitious role as a fictional Swedish monarch in Queen Christina. Other films followed, such as Anna Karenina (1935), Camille (1936), and Conquest (1937).

In the late 1930s, however, Garbo's box office appeal began to diminish. With America in the midst of The Depression, the actress' cosmopolitan style didn't resonate with audiences like it once had. Europe, meanwhile, where she had enjoyed incredible success, the continent was heading to war.

In an effort to remake herself, Garbo was cast in a pair of comedies, Ninotchka (1939) and Two Faced Woman (1941), neither of which matched her previous successes. After another contract dispute with MGM, Garbo retired from acting.

Away from the glare of Hollywood, Garbo retreated to a world she let few enter into. While she had several romantic partners, including, it seems, at least one woman, she never married.

During World War II, while much of Hollywood rallied the country around the war effort, Garbo remained largely silent, which earned her criticism.

Over the last half century of her life, in fact, Garbo proved to be an ever-increasing mystery. On the advice of a friend, she invested heavily in real estate and art. At the time of her death she was estimated to be worth more than $55 million.

Eventually Garbo left California and settled into a new life in New York City, where she loved to window shop and periodic Greta Garbo spottings were reported like UFO sightings.

Her friends during this last period of her life included the English photographer Cecil Beaton and ventriloquist and fellow Swede, Edgar Bergen.

In the late 1980s her kidneys began to fail, forcing her to stop her walks, which only further cut her off from the outside world. She died on April 15, 1990 at a New York City hospital.

What a beatiful smile by islander

The Who by blackknight99

I wish it was the 80s by majahihi

BABY YOU CAN DRIVE MY CAR! by laura