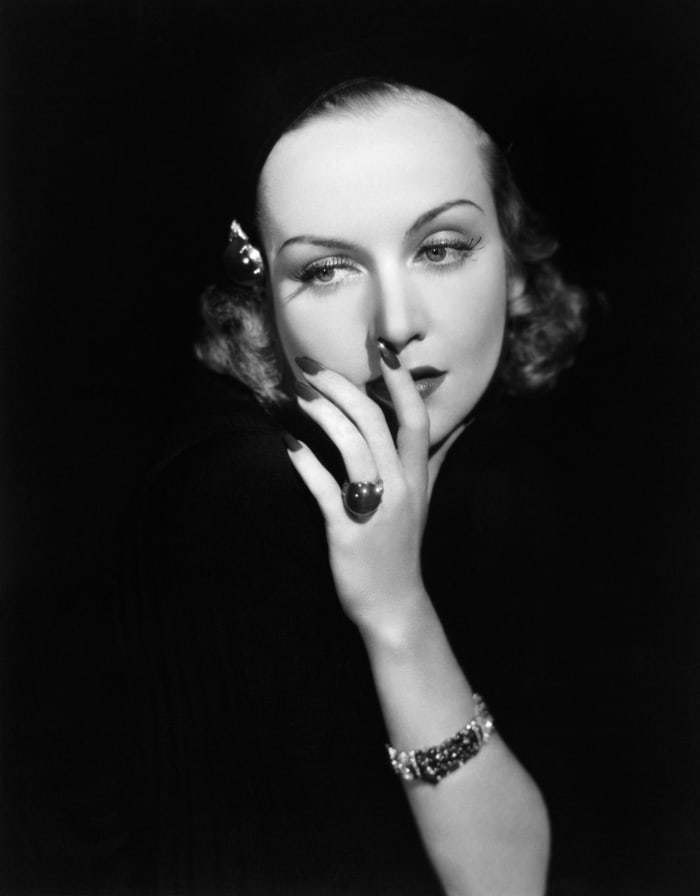 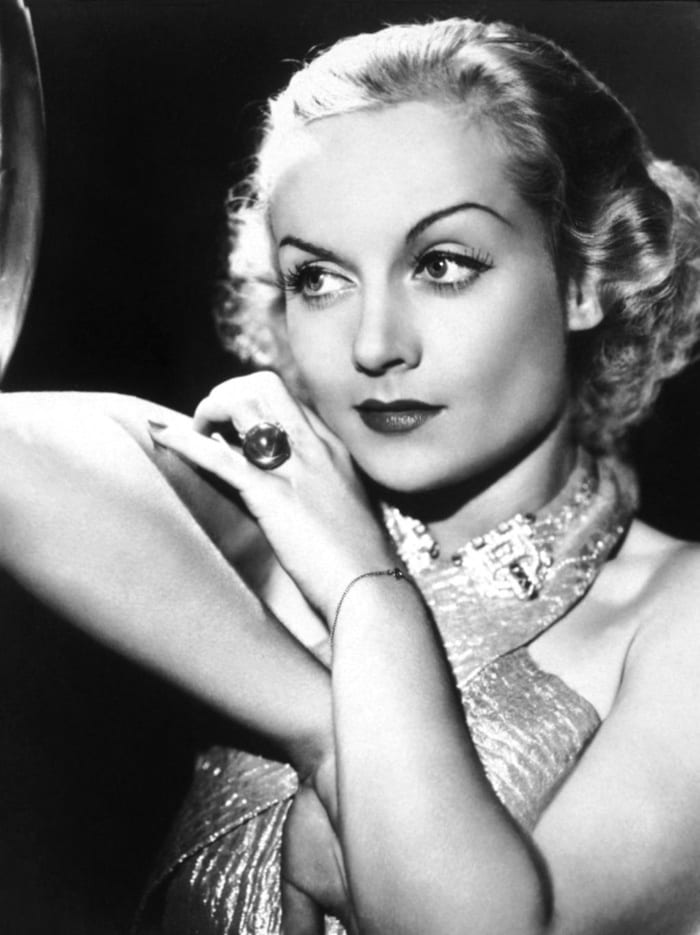 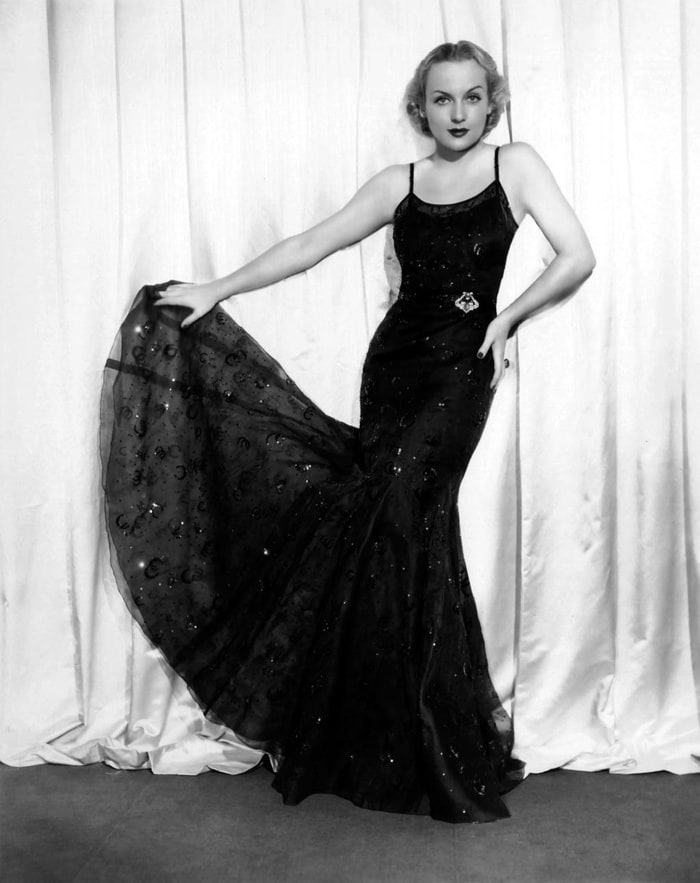 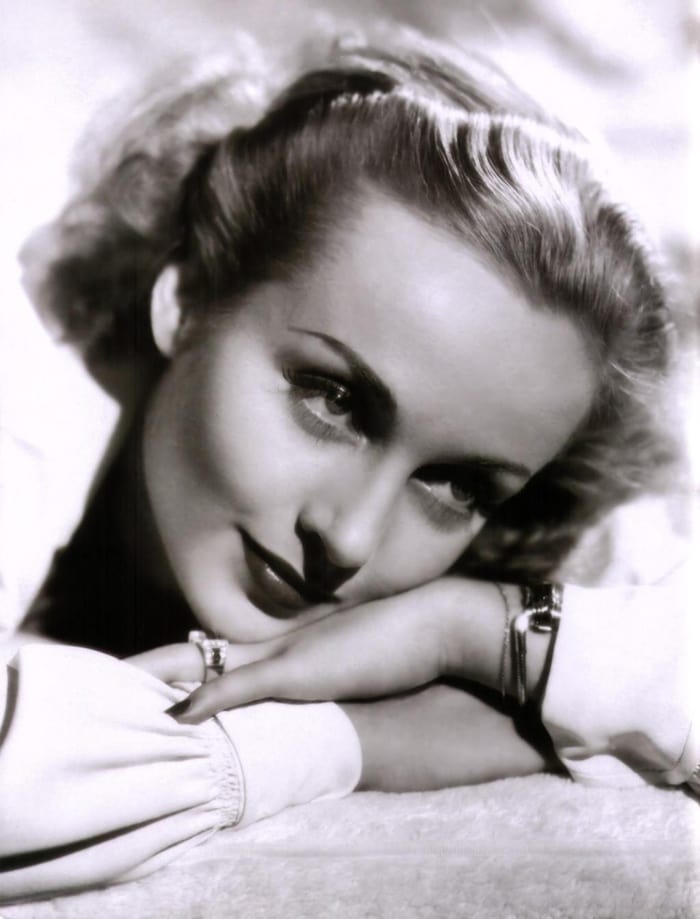 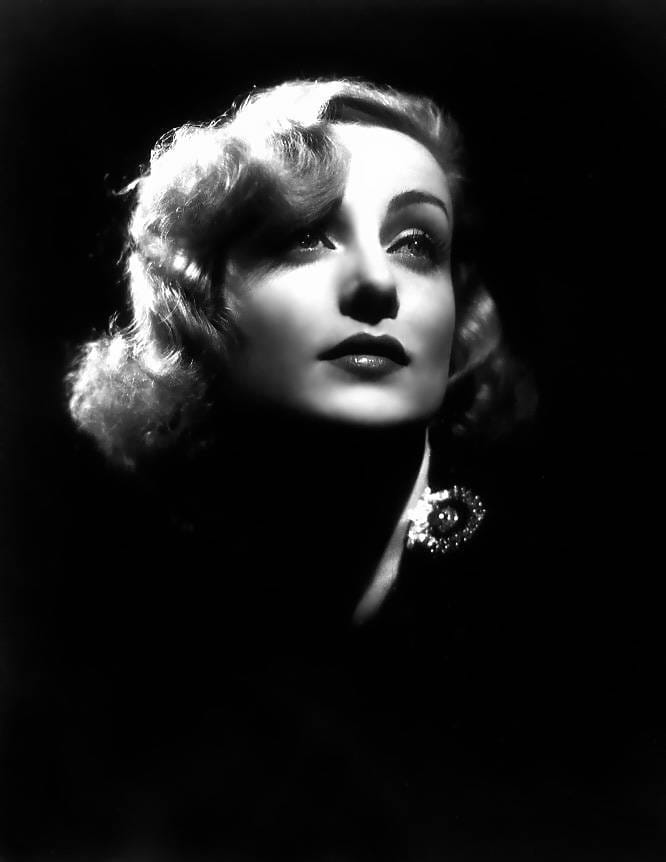 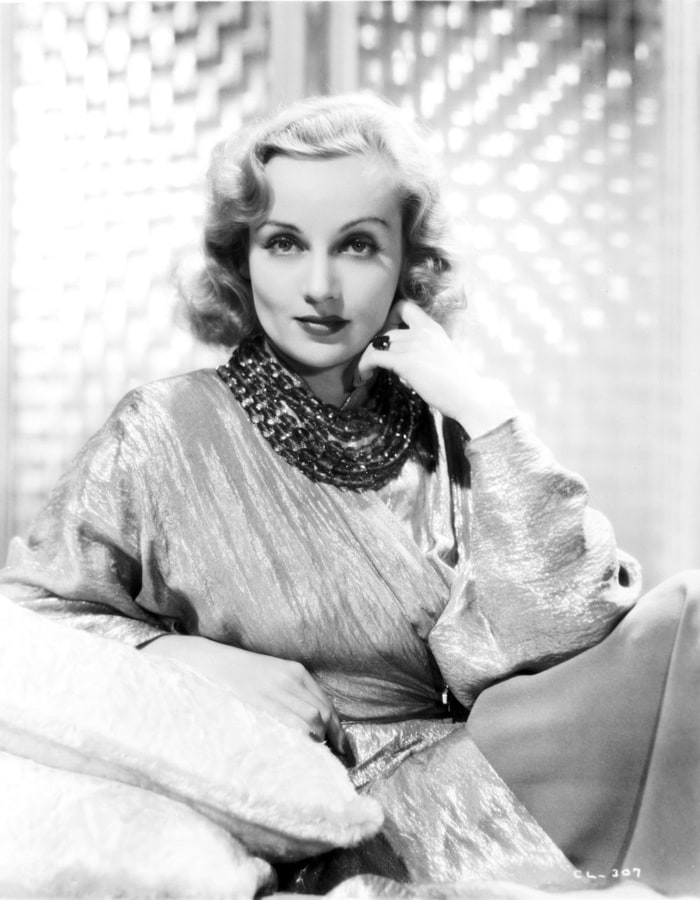 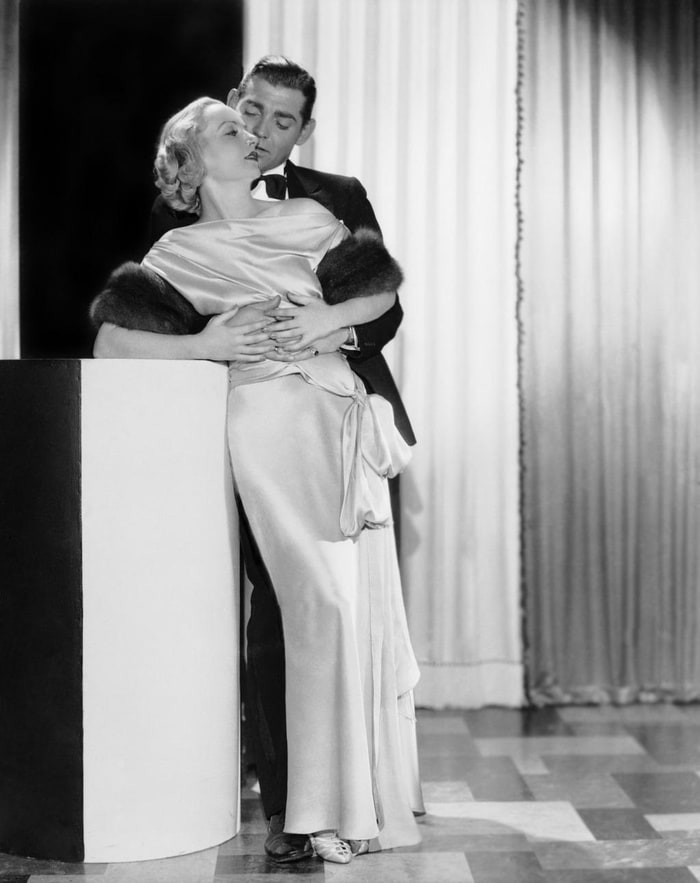 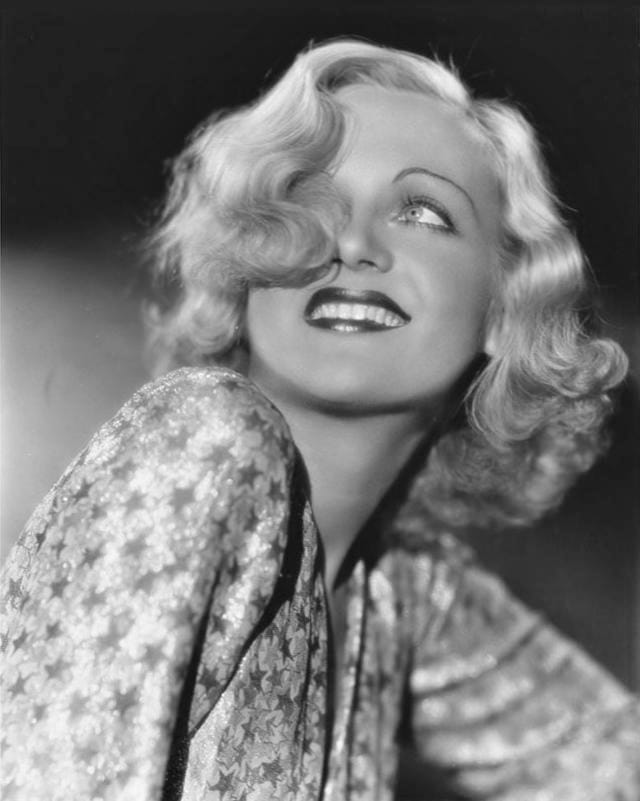 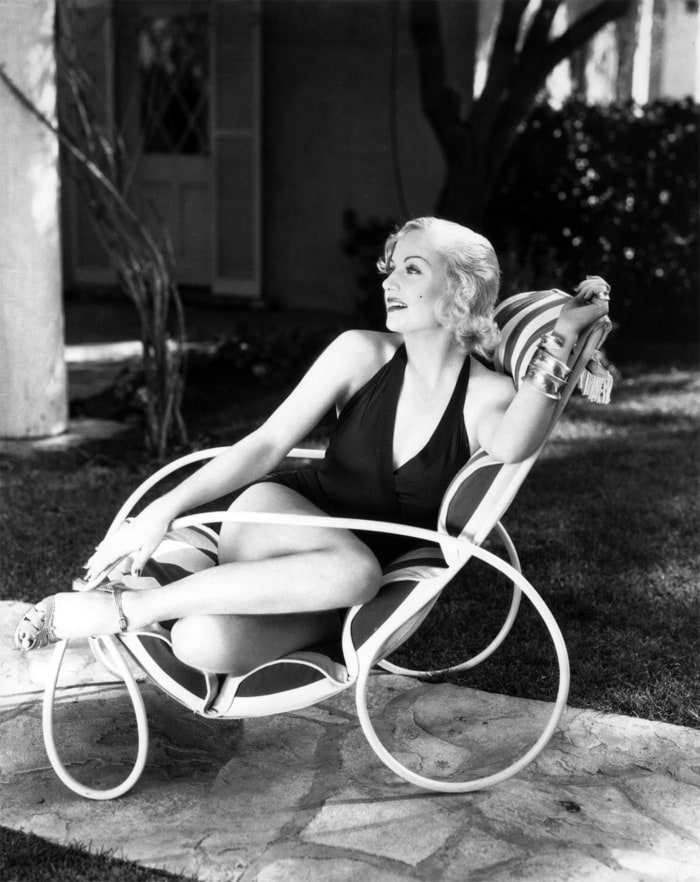 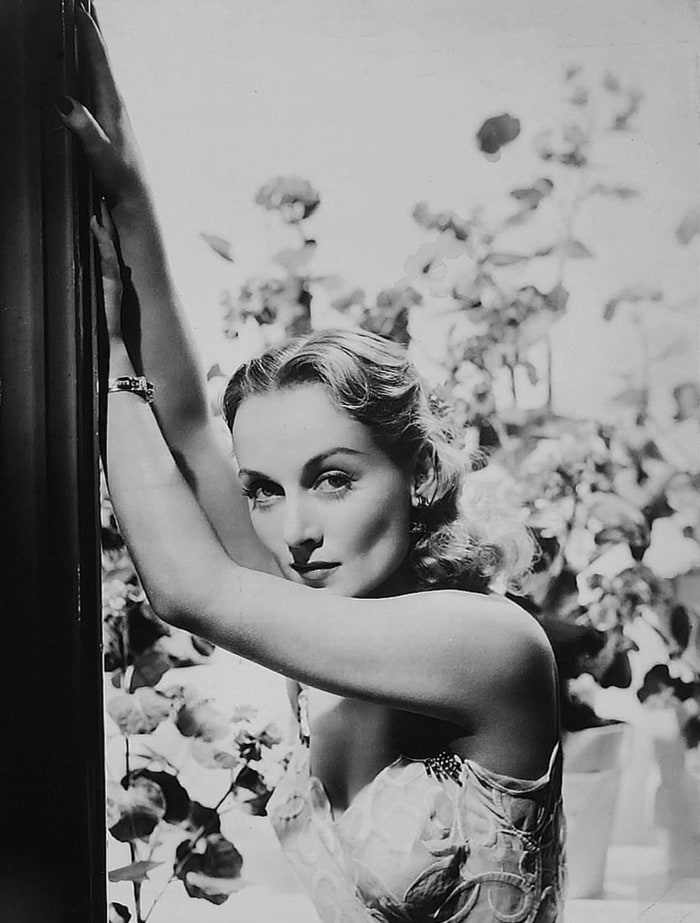 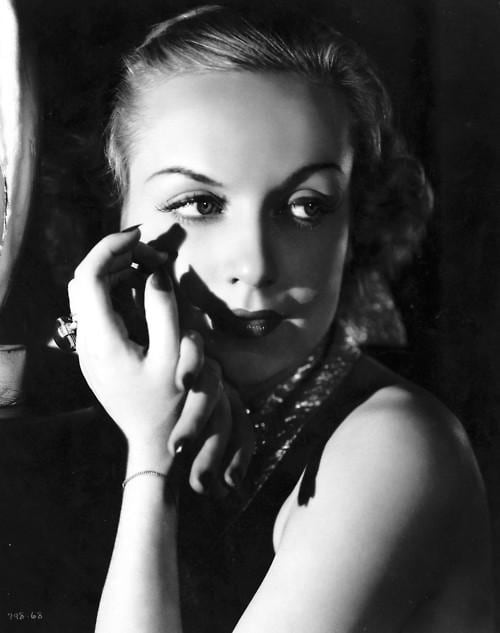 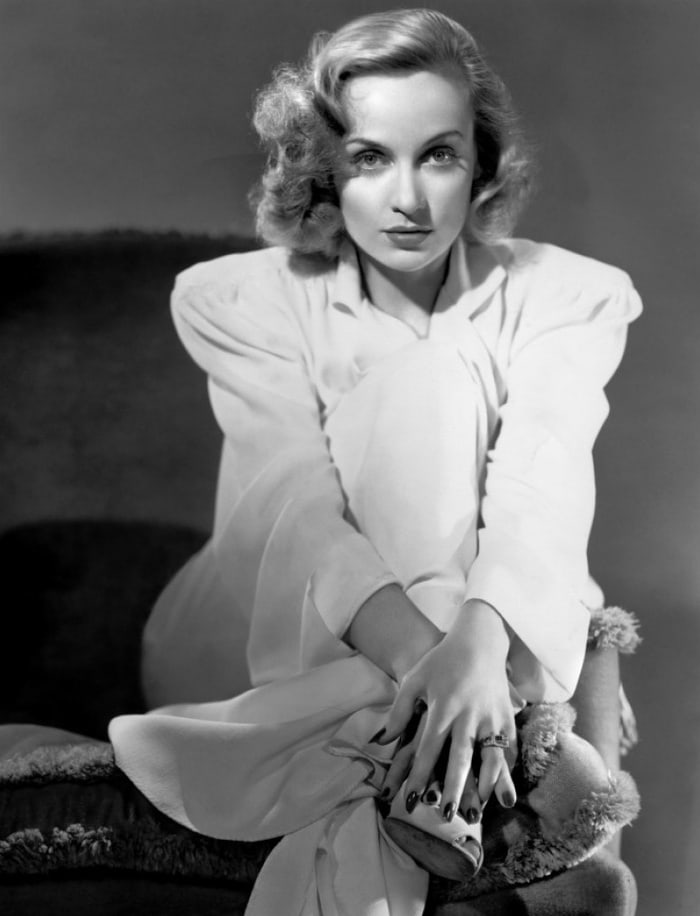 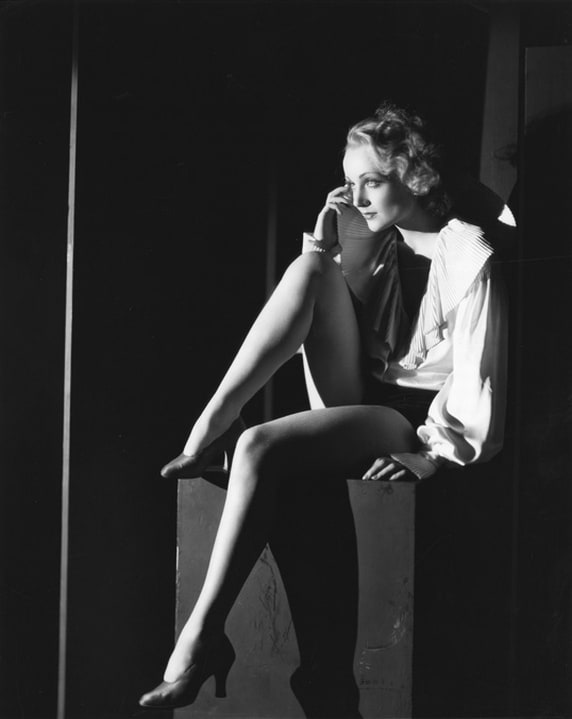 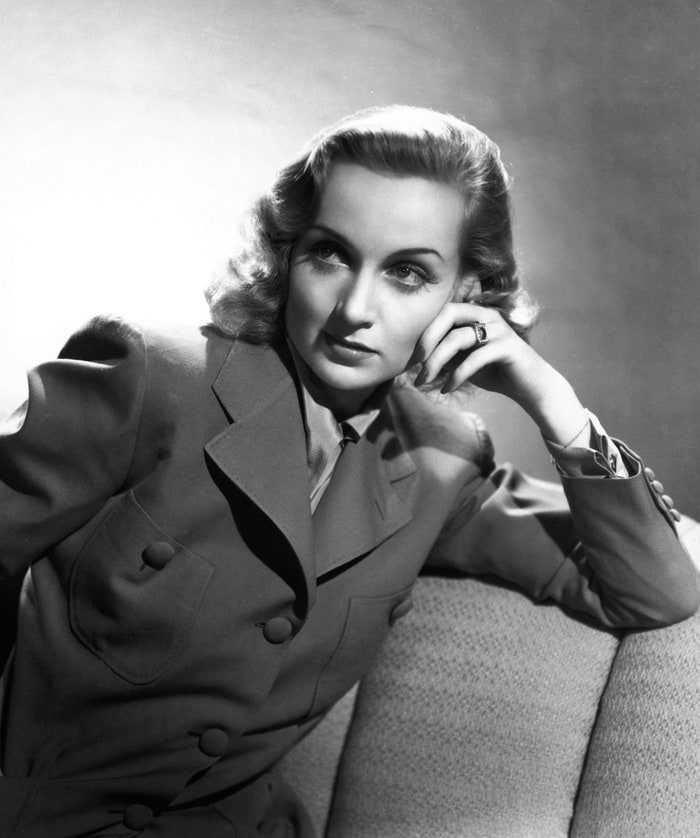 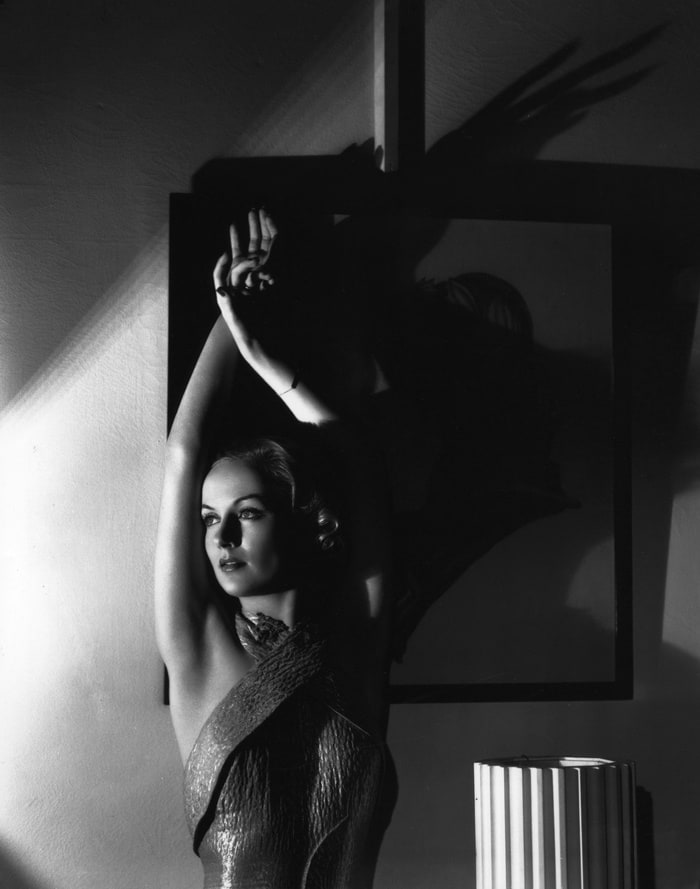 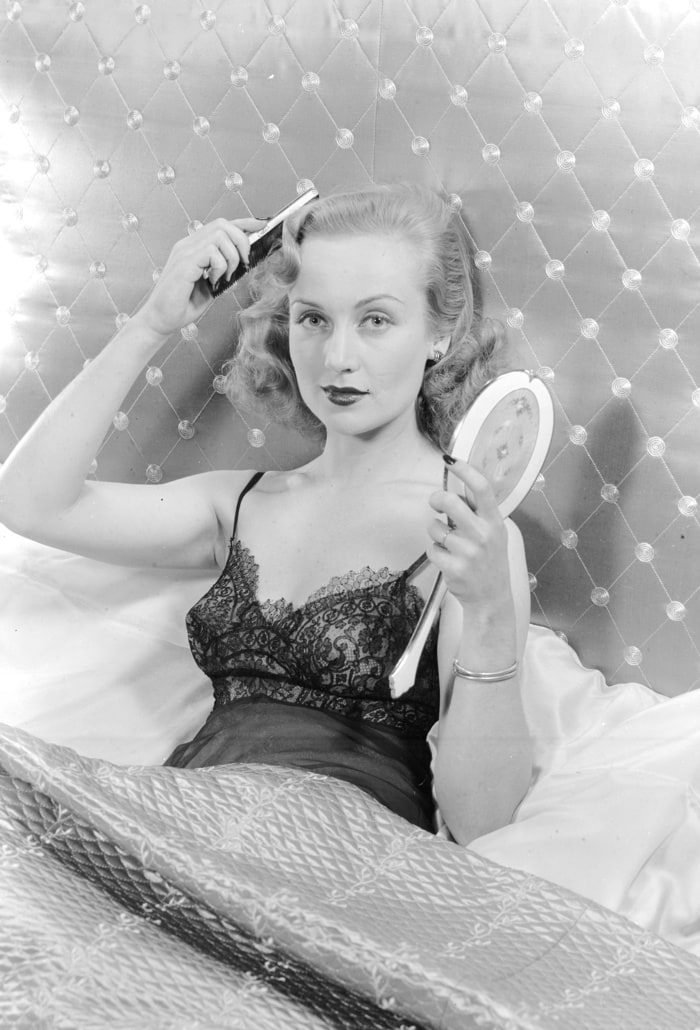 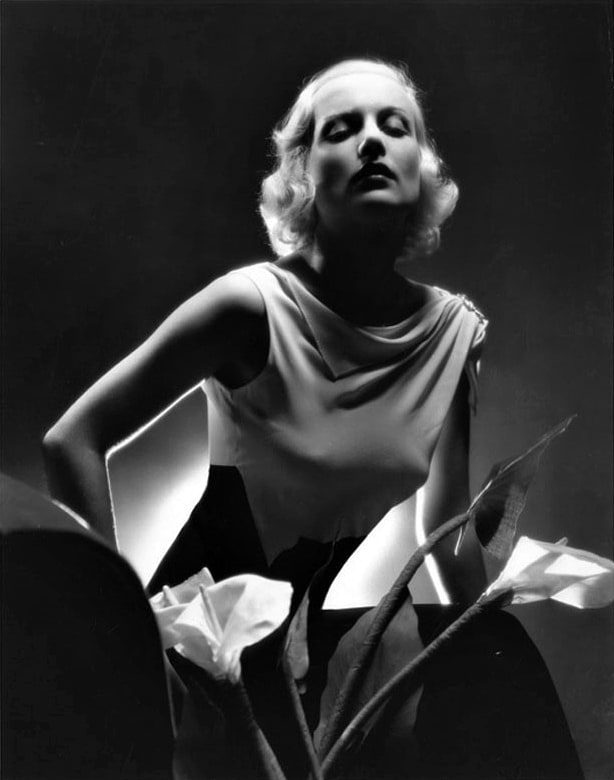 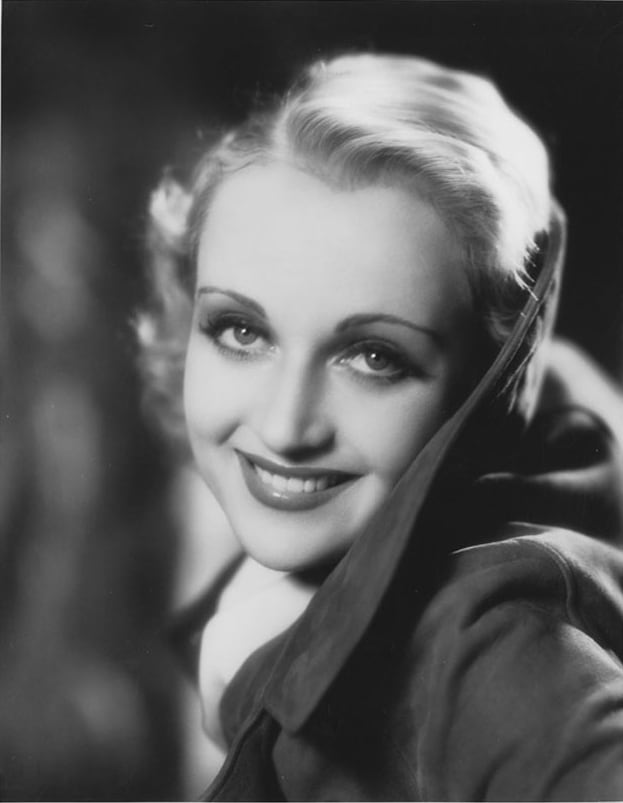 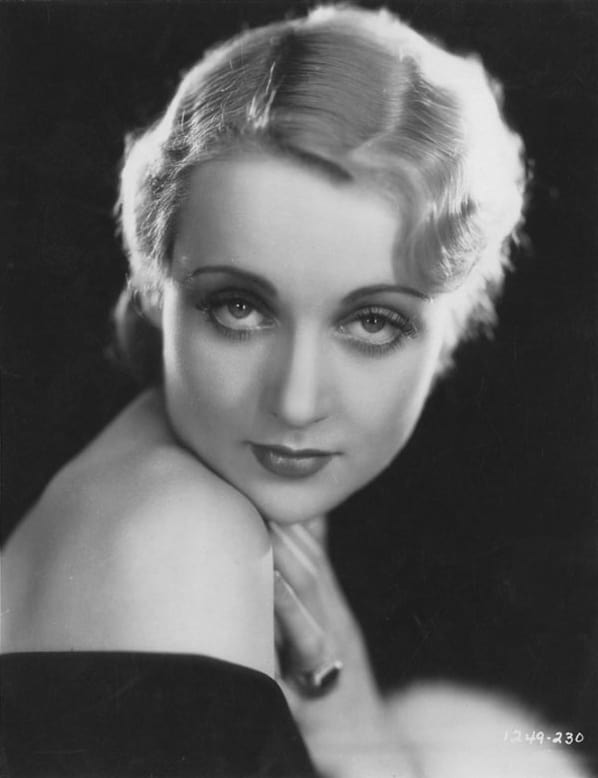 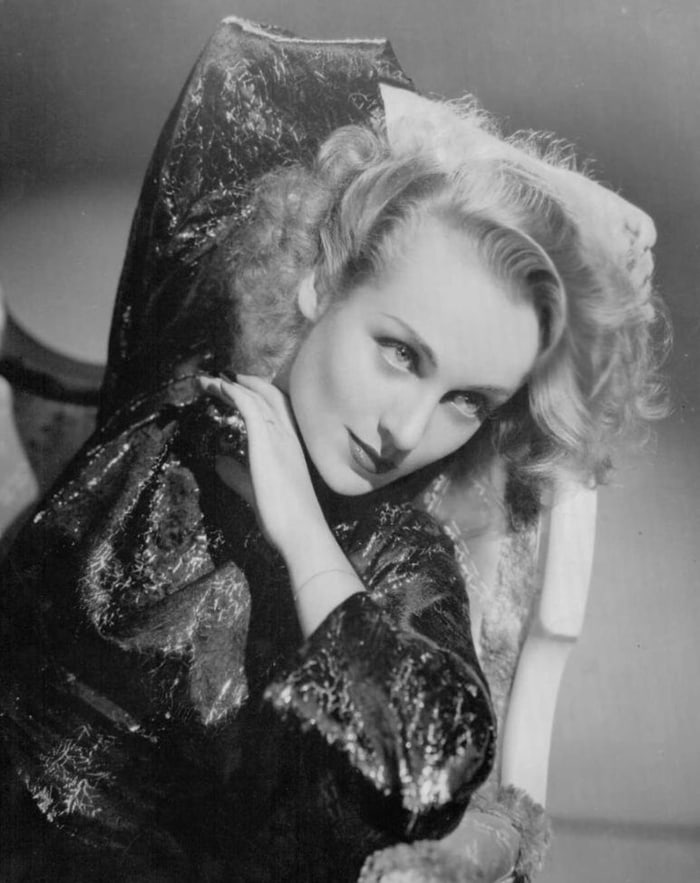 Carole Lombard was born Jane Alice Peters in Fort Wayne, Indiana, on October 6, 1908. Her parents divorced in 1916 and her mother took the family on a trip out West. While there they decided to settle down in the Los Angeles area. After being spotted playing baseball in the street with the neighborhood boys by a film director, Carole was signed to a one-picture contract in 1921 when she was 12. The film in question was A Perfect Crime (1921). Although she tried for other acting jobs, she would not be seen onscreen again for four years. She returned to a normal life, going to school and participating in athletics, excelling in track and field. By age 15 she had had enough of school, though, and quit. She joined a theater troupe and played in several stage shows, which were for the most part nothing to write home about. In 1925 she passed a screen test and was signed to a contract with Fox Films. Her first role as a Fox player was Hearts and Spurs (1925), in which she had the lead. Right after that film she appeared in a western called Durand of the Bad Lands (1925). She rounded out 1925 in the comedy Marriage in Transit (1925) (she also appeared in a number of two-reel shorts). In 1926 Carole was seriously injured in an automobile accident that resulted in the left side of her face being scarred. Once she had recovered, Fox canceled her contract. She did find work in a number of shorts during 1928 (13 of them, many for slapstick comedy director Mack Sennett), but did go back for a one-time shot with Fox called Me, Gangster (1928). By now the film industry was moving from the silent era to "talkies". While some stars' careers ended because of heavy accents, poor diction or a voice unsuitable to sound, Carole's light, breezy, sexy voice enabled her to transition smoothly during this period. Her first sound film was High Voltage (1929) at Pathe (her new studio) in 1929. In 1931 she was teamed with William Powell in Man of the World (1931). She and Powell hit it off and soon married, but the marriage didn't work out and they divorced in 1933. No Man of Her Own (1932) put Carole opposite Clark Gable for the first and only time (they married seven years later in 1939). By now she was with Paramount Pictures and was one of its top stars. However, it was Twentieth Century (1934) that showed her true comedic talents and proved to the world what a fine actress she really was. In 1936 Carole received her only Oscar nomination for Best Actress for My Man Godfrey (1936). She was superb as ditzy heiress Irene Bullock. Unfortunately, the coveted award went to Luise Rainer in The Great Ziegfeld (1936), which also won for Best Picture. Carole was now putting out about one film a year of her own choosing, because she wanted whatever role she picked to be a good one. She was adept at picking just the right part, which wasn't surprising as she was smart enough to see through the good-ol'-boy syndrome of the studio moguls. She commanded and received what was one of the top salaries in the business - at one time it was reported she was making $35,000 a week. She made but one film in 1941, Mr. & Mrs. Smith (1941). Her last film was in 1942, when she played Maria Tura opposite Jack Benny in To Be or Not to Be (1942). Tragically, she didn't live to see its release. The film was completed in 1941 just at the time the US entered World War II, and was subsequently held back for release until 1942. Meanwhile, Carole went home to Indiana for a war bond rally. On January 16, 1942, Carole, her mother, and 20 other people were flying back to California when the plane went down outside of Las Vegas, Nevada. All aboard perished. The highly acclaimed actress was dead at the age of 33 and few have been able to match her talents since.