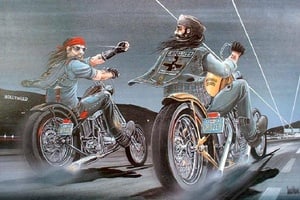 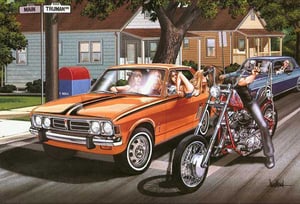 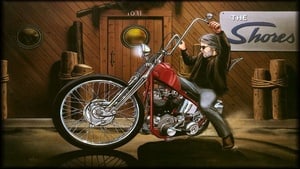 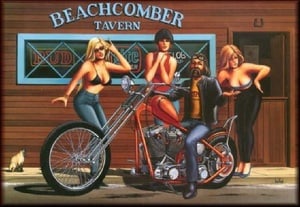 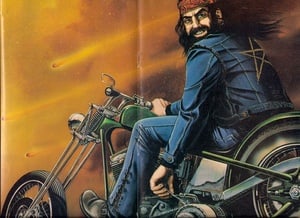 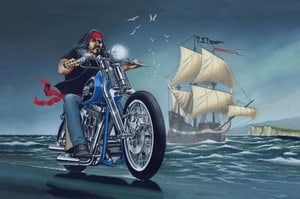 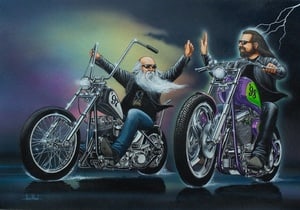 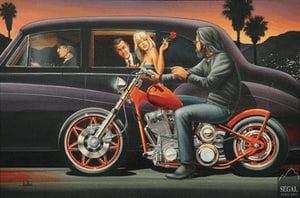 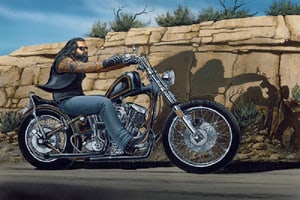 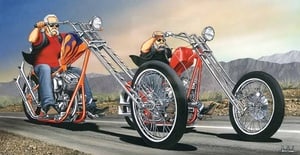 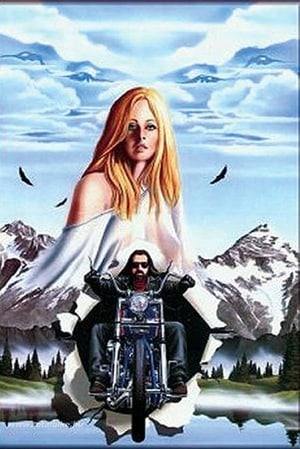 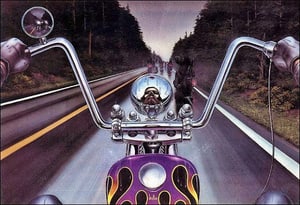 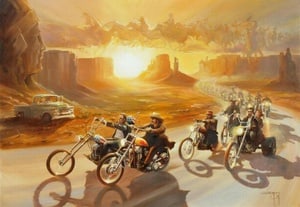 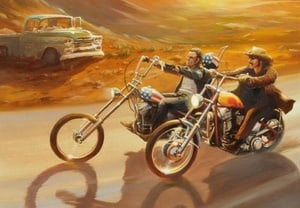 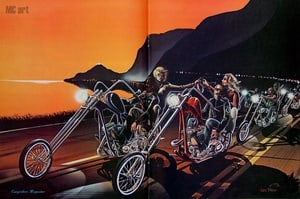 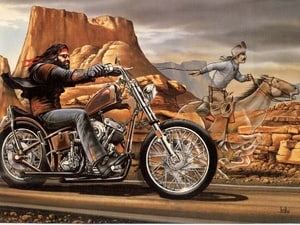 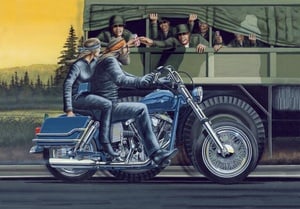 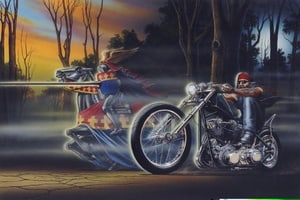 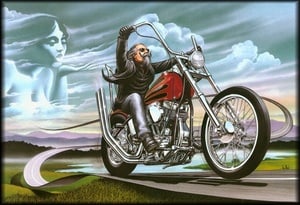 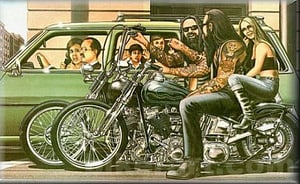 David "Dave" Mann (September 10, 1940 – September 11, 2004)[1] was a California graphic artist whose paintings celebrated biker culture, and choppers. Called "the biker world's artist-in-residence,"[5] his images are ubiquitous in biker clubhouses and garages, on motorcycle gas tanks, tattoos, and on t-shirts and other memorabilia associated with biker culture.[6][7][8][9] Choppers have been built based on the bikes first imagined in a David Mann painting.[2][10][11][12]
In the words of an anthropologist studying biker culture in New Zealand, "Mann’s paintings set ‘outlaw’ Harley chopper motorcycles against surreal backgrounds, and distorted skylines, colourful images that celebrated the chopper motorcycle and the freedom of the open road [...] Many of his images captured the ‘Easyrider’ ethos – speed, the open road, long flowing hair – freedom."[13] Most of his works were for the motorcycle industry, especially for motorcycle magazines.

Thank you Wikipedia, where a complete biography can be found. This is but a small sampling of his work.

The Best of Harrison Ford by xolmis