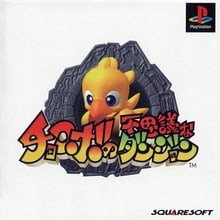 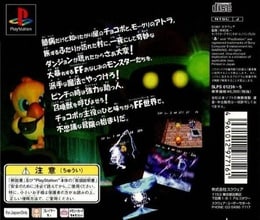 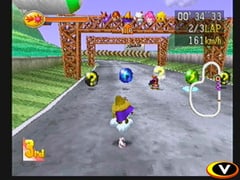 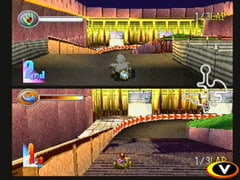 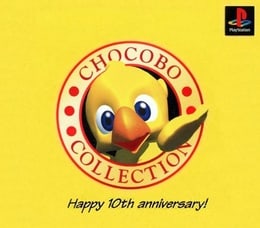 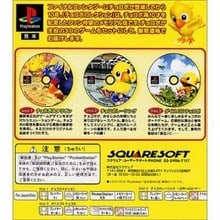 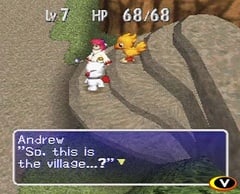 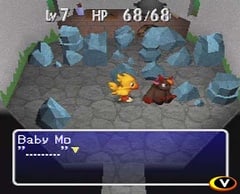 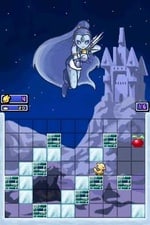 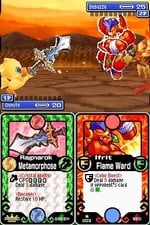 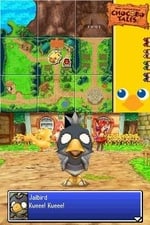 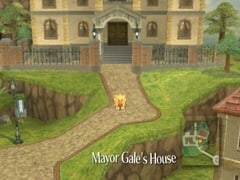 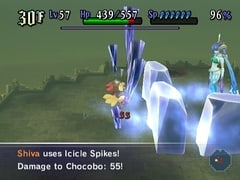 
A chocobo is a fictional, large, and normally flightless galliforme/ratite bird capable of being ridden. This species is a staple of the Final Fantasy series. While most chocobos are yellow, certain rare breeds are of different colors and have special abilities, such as the ability to fly or cast magic.

A singular variant is the Fat Chocobo (or Chubby Chocobo), which resembles a morbidly obese yellow or white chocobo and can humorously stock the party's items in its stomach or appear randomly when summoning a chocobo in battle.

Chocobos are also occasionally used as lightly armored war mounts. In such cases they can assist their riders with their beak and claws. Overall, the species is a very versatile and useful bird, which comes in handy since horses are either untamed or non-existent in the Final Fantasy games. The onomatopoeia for a chocobo's call is "kweh" and is sometimes replaced with "wark" in English translations.

This list represents all Chocobo-related spin-off games developed by Square (now Square Enix). Although they are related to the Final Fantasy universe, they are unique enough to merit their own list.

After Burner series by List-All

100 years of great films by Elfflame