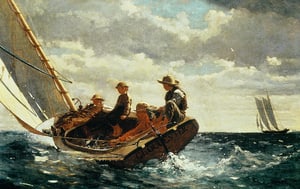 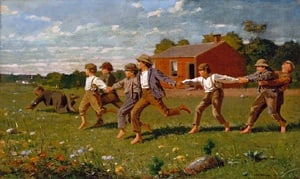 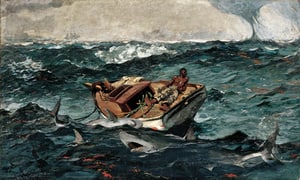 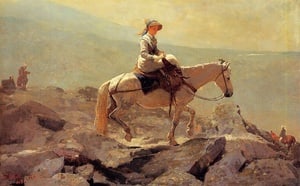 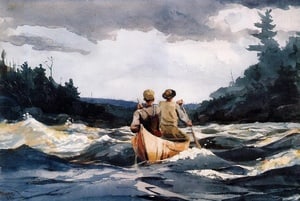 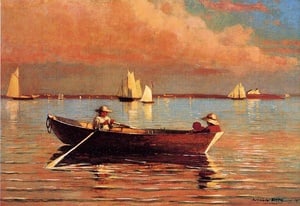 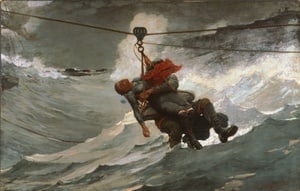 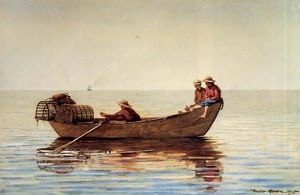 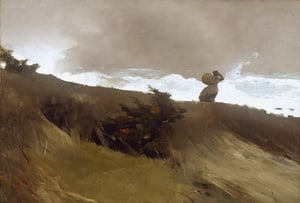 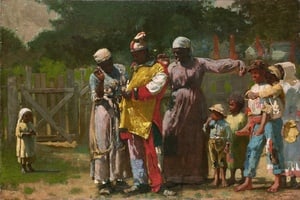 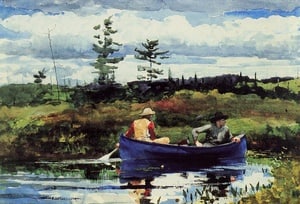 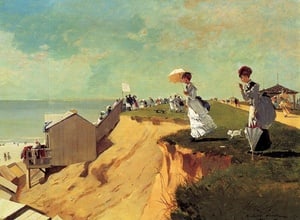 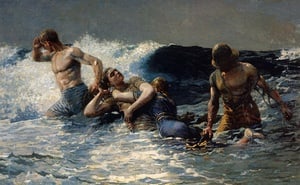 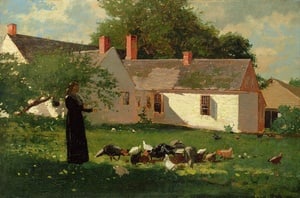 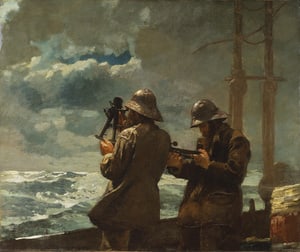 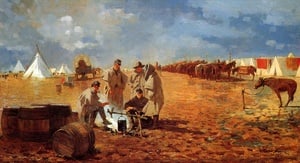 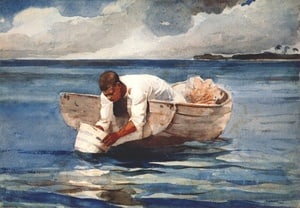 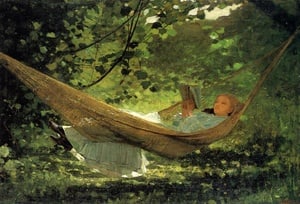 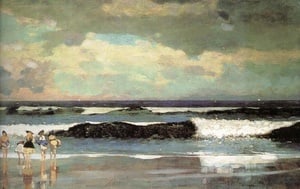 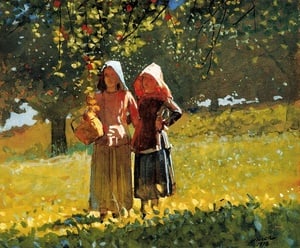 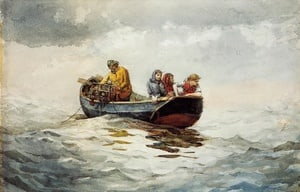 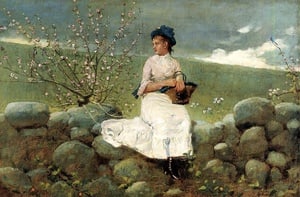 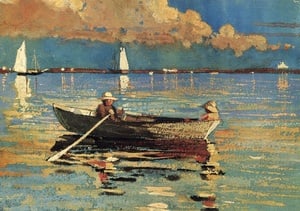 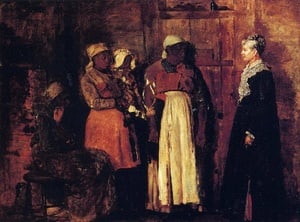 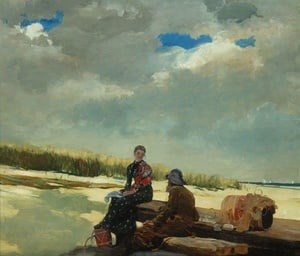 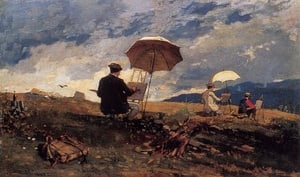 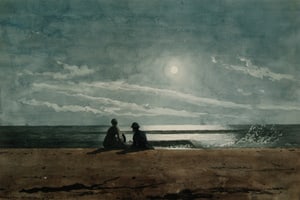 Winslow Homer (February 24, 1836 – September 29, 1910) was an American landscape painter and printmaker, best known for his marine subjects. He is considered one of the foremost painters in 19th-century America and a preeminent figure in American art.

Largely self-taught, Homer began his career working as a commercial illustrator. He subsequently took up oil painting and produced major studio works characterized by the weight and density he exploited from the medium. He also worked extensively in watercolor, creating a fluid and prolific oeuvre, primarily chronicling his working vacations