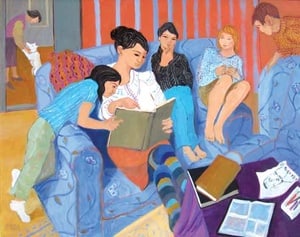 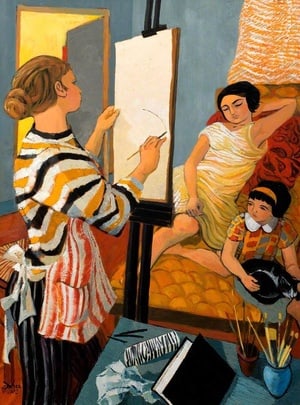 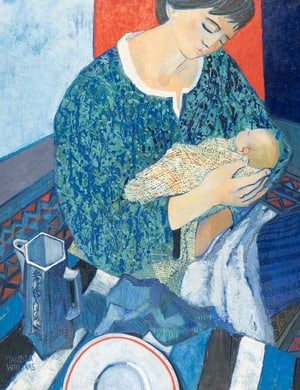 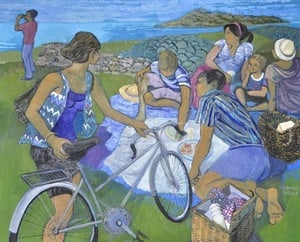 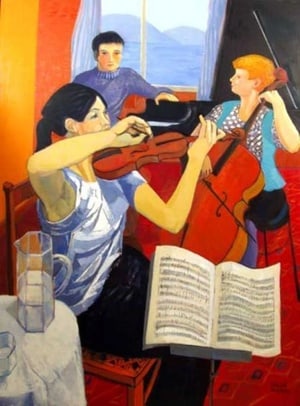 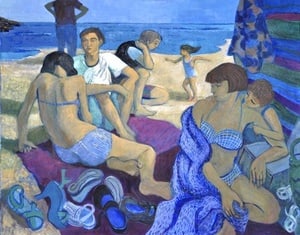 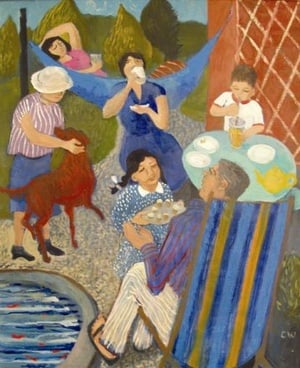 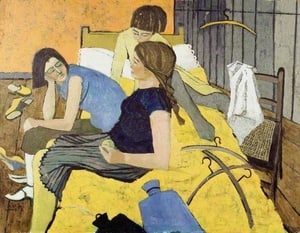 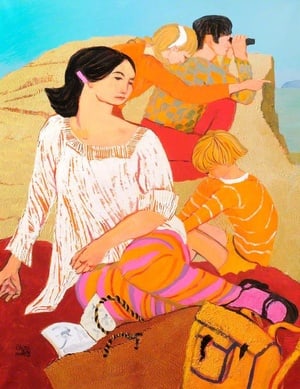 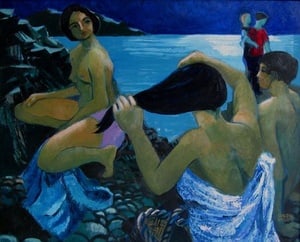 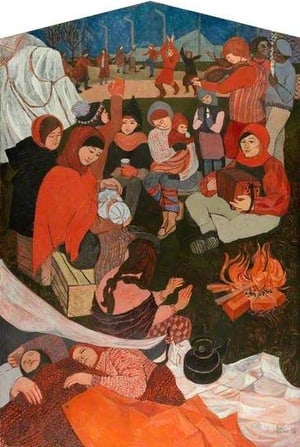 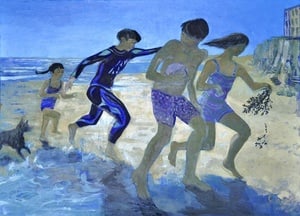 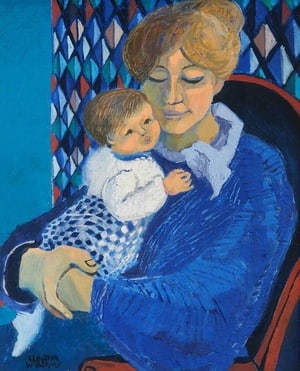 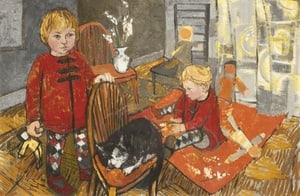 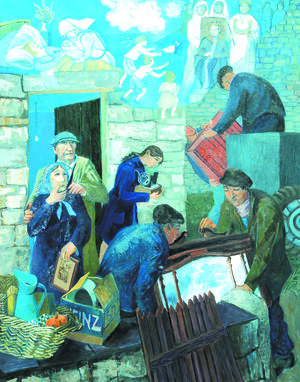 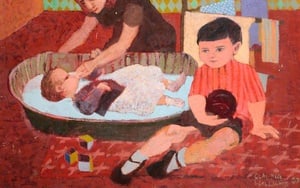 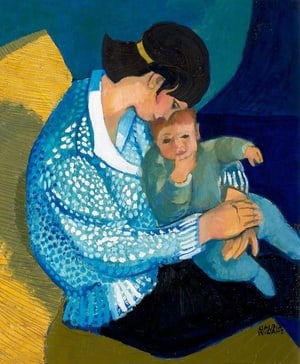 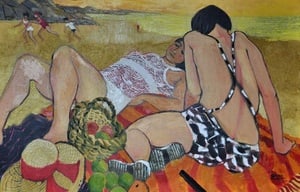 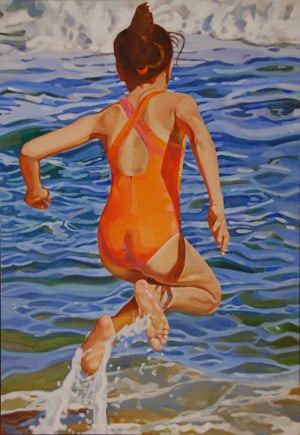 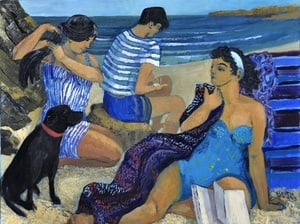 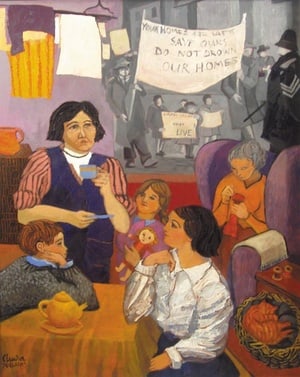 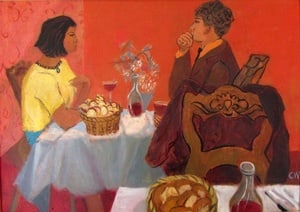 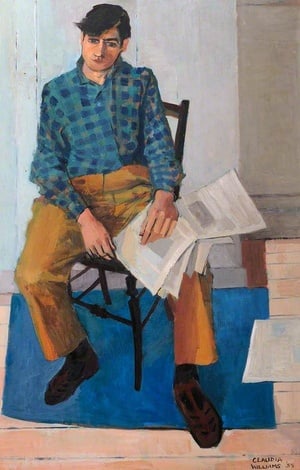 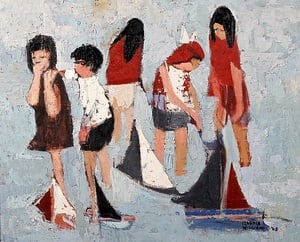 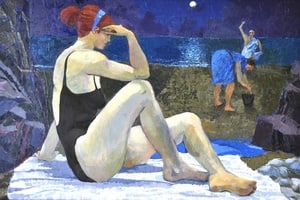 Claudia Williams was born in 1933. She is a well-known figure on the Welsh art scene. As a child, Claudia’s gift for draughtsmanship was evident, winning her national prizes and scholarships. At the age of sixteen she attended Chelsea School of Art, where her draughtsmanship was recognised, yet again, with a scholarship. In 1953 she moved to north Wales where, shortly afterwards, she married the artist Gwilym Prichard.

Claudia lived in France for 15 years, where her work is also highly regarded. This led in 1995 to the award of the Silver Medal by the Academy of Arts, Sciences and Letters in Paris, in recognition of her contribution to the arts in France.

Claudia’s paintings and drawings usually reflect the domestic world of children and grandchildren, family gatherings and seaside trips. She has also touched on more controversial issues, notably the drowning of Tryweryn. Her obvious love of the subject matter, allied with a rigorous eye for composition and colour, and the quality of her draughtsmanship combine to produce paintings of great integrity and broad appeal.

She has exhibited widely over the last fifty years, and her work features in many important public and private collections. Claudia was elected to the Royal Cambrian Academy in 1979. She is an Honorary Fellow of Bangor University. A hugely popular retrospective was held at the National Library of Wales in 2000, and an exhibition of her powerful and moving Tryweryn paintings was shown there in 2010. The National Museum Wales acquired her painting 'Mother and Child' in October 2010 for the National Collection.
(Martin Tinney Gallery article)

Magical Enigmas: The Paintings of Remedios Varo by Kenji

The Best of Satyajit Ray by Kenji