Around the world with...a dessert. 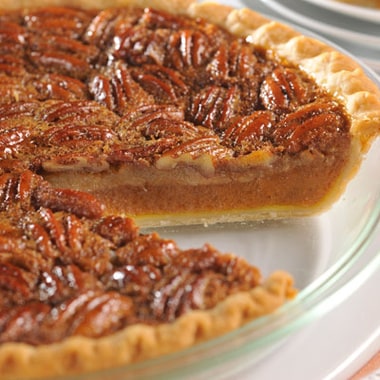 Pecan pie-USA.
A pie made primarily with corn syrup and pecan nuts, may include white or brown sugar, sugar syrup, molasses, maple syrup, or honey. 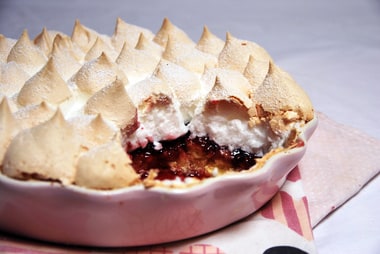 Queen of Puddings-United Kingdom.
A pudding made from breadcrumb-thickened mixture, spread with jam and topped with meringue. 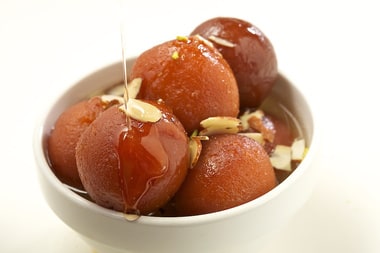 Gulab Jamun-India.
A small beads produced from khoya (type of cheese), deep fried and then soaked in aromatic, sweet syrup with the addition of cardamom, saffron and rose water.

Chocolate Fondant-France.
A dessert that combines the elements of a flourless chocolate cake (sometimes called a chocolate decadence cake) and a soufflé. 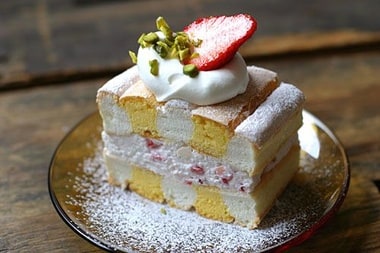 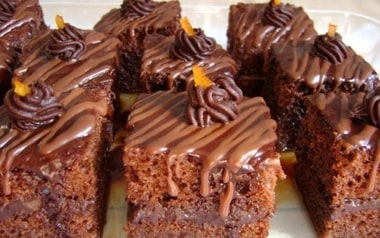 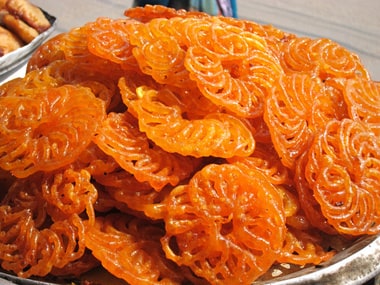 Jalebi -Middle East.
A batter in pretzel or circular shapes, which are then soaked in sugar syrup. 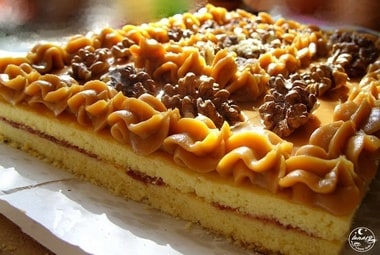 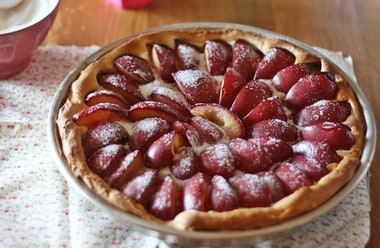 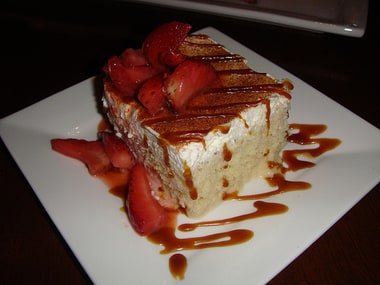 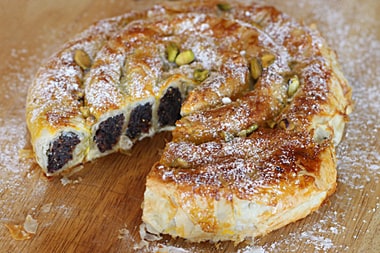 M'Hanncha(snake cake)-Marocco.
A pastry filled with a scented almond paste and dipped in honey syrup. 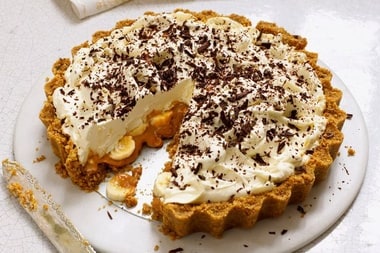 Banoffee pie-United Kingdom.
A pie made from bananas, cream and toffee . 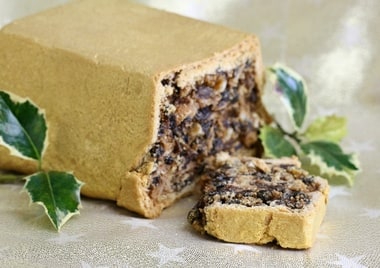 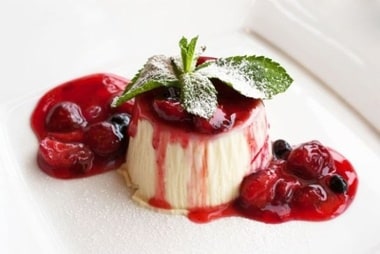 Panna cotta-Italy.
A pudding made by blending thick cream, egg white and honey. 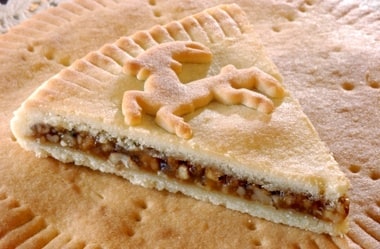 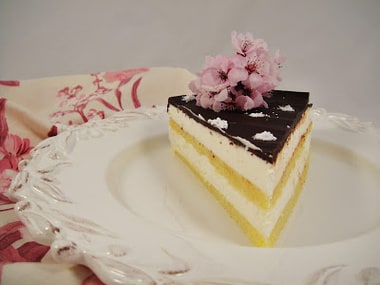 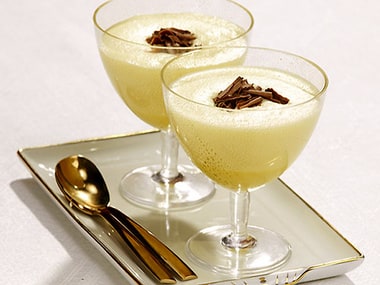 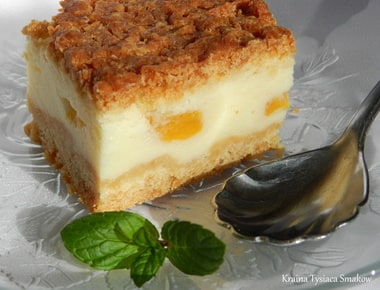 Sernik-Poland.
A cheescake made primarily using twaróg, a type of fresh cheese. 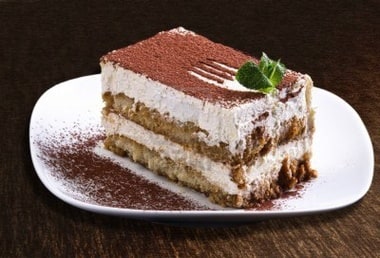 Tiramisu-Italy.
A dessert with sponge cake soaked in a very strong espresso and Amaretto liqueur, with creamy mascarpone cheese, sprinkled with dark chocolate. 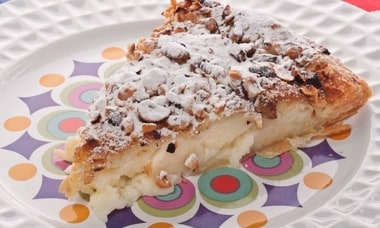 Pantxineta-Spain.
A puff-pastry filled with thick custard cream; it is topped with almonds and decorated with icing sugar. 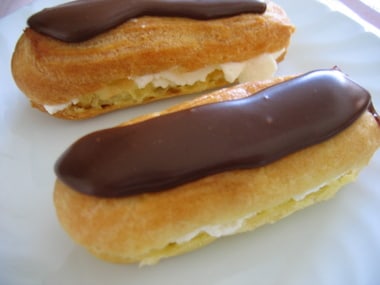 Éclair-France
An oblong pastry made with choux dough filled with a cream and topped with icing. 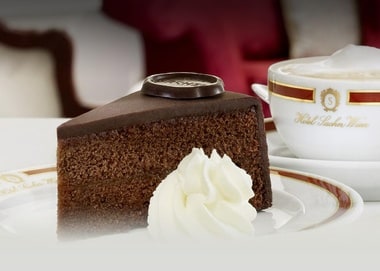 Sachertorte-Austria.
A chocolate cake with apricot jam boss and drenched in chocolate sauce. 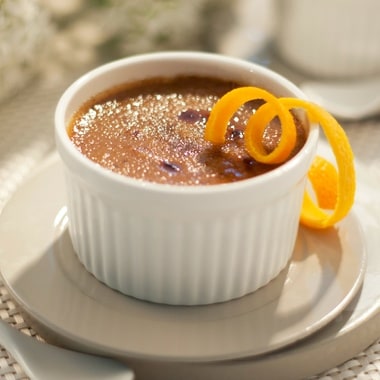 Crème brûlée-France.
A dessert consisting of a rich custard base topped with a contrasting layer of hard caramel. 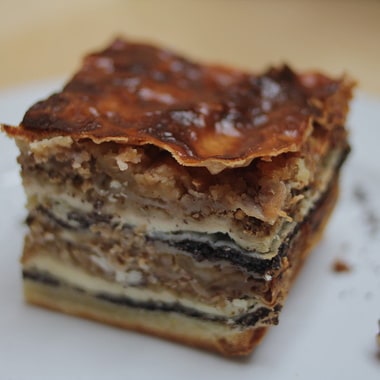 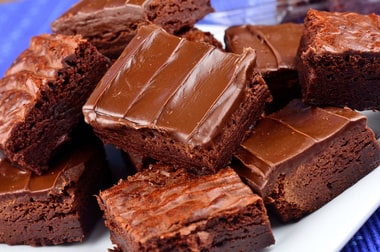 Chocolate brownie-USA.
A chocolate cake ,may include nuts, icing, chocolate chips, or other ingredients. 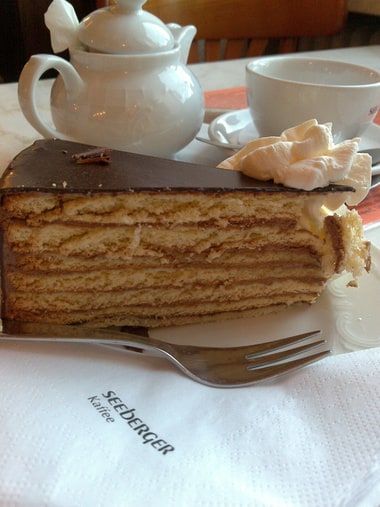 Prinzregententorte-Germany.
A Bavarian torte, which consists of at least six, mostly seven, remarkably thin layers of sponge cake interlaid with chocolate buttercream and a topping of apricot jam upon the very last. The exterior is covered in a dark chocolate glaze. 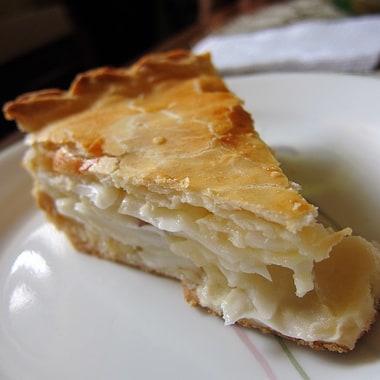 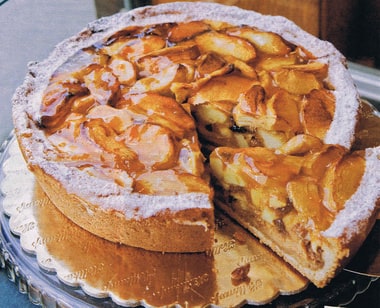 Appeltaart-Netherlands.
An apple pie is a fruit pie (or tart) in which the principal filling ingredient is apple. 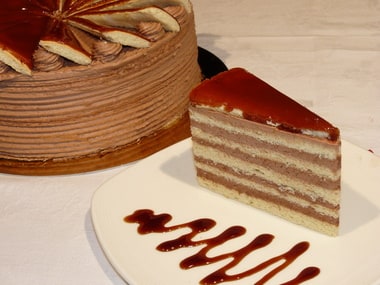 Dobos torte-Hungary.
A sponge cake layered with chocolate buttercream and topped with caramel. 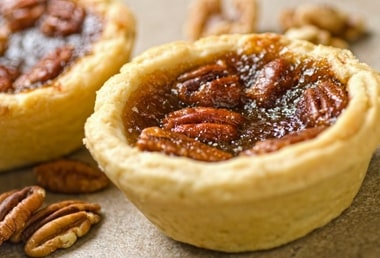 Butter tart-Canada.
A small pastry tart filled with walnuts or pecans and raisins.
Load more items (18 more in this list)

27 votes
Around the world with food and drink (11 lists)
list by Venice
Published 6 years, 9 months ago

My favorite food by Marek

Favorite Images of Koalas by kathy

Ireland - Worth a Visit by irishblue

Favorite Images of Celebrities with Animals #12 by kathy

Favorite Images of Alpacas by kathy

Motorcycle Scenes I - Movies by Kandi

Around the world with ...a sandwich. by Venice

Around the world with ... a very spicy dishes. by Venice

Around the world with...a beer. by Venice