These are a list of anime that I've watched and I think are some of the greatest ever. You should watch them at least once before you die :)
Sort by: Showing 10 items
Decade: Rating: List Type: 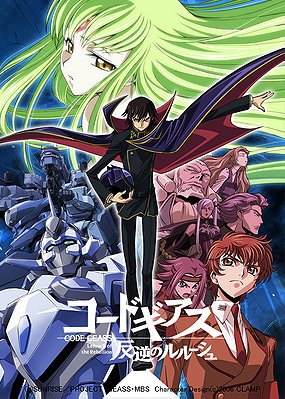 Code Geass - Lelouch of the Rebellion

Never watched it? Well, you better do that soon... :)
This is one of the most amazing anime ever!!
Starting from the plot to the characters, this anime kept me hanging for more!! :) 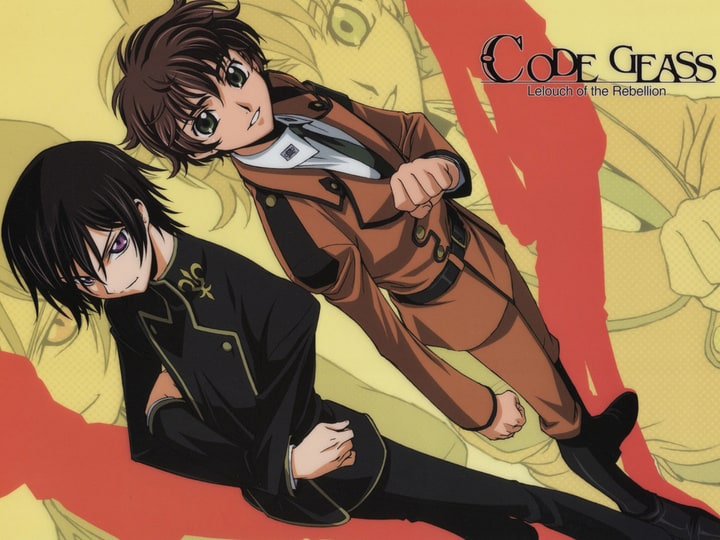 Description: In the future, Japan is conquered by The Empire of Brittania using giant humanoid machines called Knightmare Frames and is renamed Area 11. Losing all freedom, the Japanese are renamed "elevens" and relocated into ghettos. Seven years later, a 17 year old Brittanian student named Lelouch is attending high school at Ashford Academy, however, he differs from the other student - he has long carried a childhood grudge of Brittania. After a strange and coincidentiall turn of events, Lelouch finds himself caught in the middle of a battle between Brittania and a Japanese group of terrorists. There, he meets a girl who calls herself C.C, whom he obtains a powerful ability called Geass. With the power of Geass, Lelouch must lead the terrorists to victory and ultimately lead the rebellion against Brittania becoming the masked man, Zero. 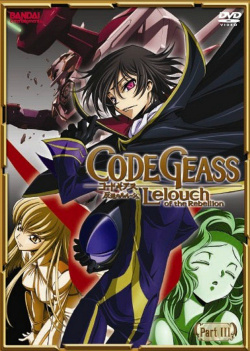 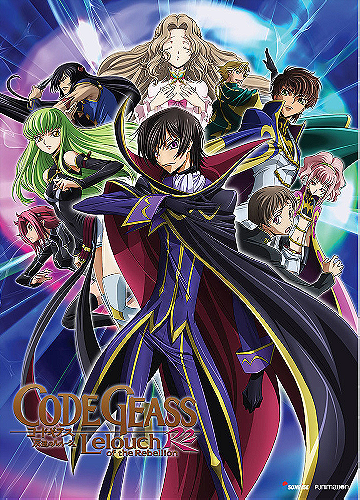 Well, here comes the second season!! :)
This was as amazing as the first season!! :) The plots twists left the audience asking for more... I hope they really make a season 3:) 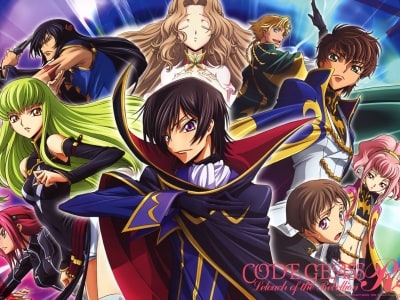 Description: It's been one year since the failure of the Black Rebellion and the supposed death of Zero. Britannia has assigned Area 11 a "correctional education" status, where Elevens are made an example of by brute force, to try to prevent any future uprisings and suppress rebellious thoughts. Unsuspecting high school student Lelouch, oblivious to his rebellious past as Zero, stumbles upon a scheme on his life and the life of a mysterious woman known as C.C., who reveals to him his forgotten purpose and his "true" self. Destroying his assailants and declaring himself Zero once again, Lelouch sets out to finish what he started. 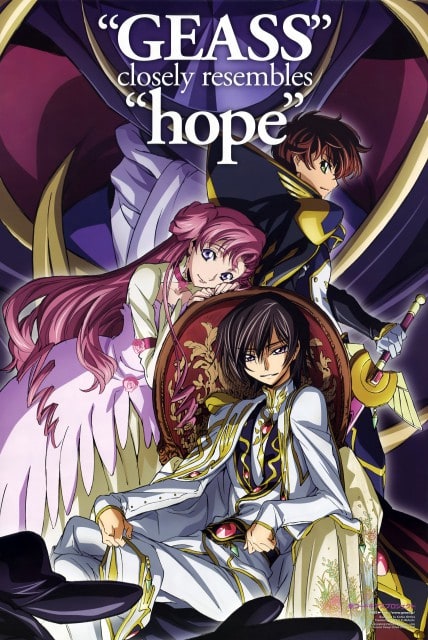 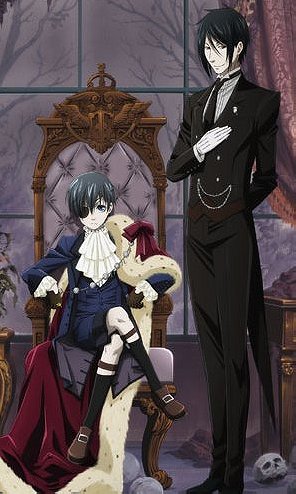 To be honest.. I didn't really felt like watching this anime in the first place but since everyone around me said it was pretty nice, so I gave it a try and I just finished watching the season 2 a day ago.. XD

I am glad I gave this a try. It truly is amazing!! If you seem to like a bit of gothic culture this truly is for you... 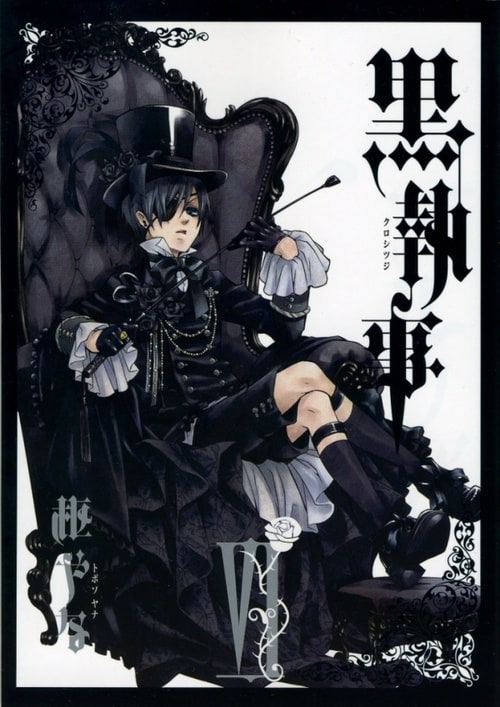 Description:One of the noble families of England - Phantomhive, has a butler, Sebastian Michaels. He has unquestionably perfect knowledge, manners, talent with materials. martial arts and much more. But for some reason, he serves a 12 year old master... 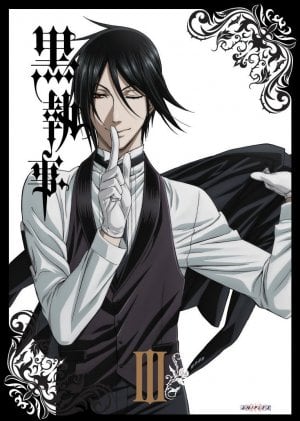 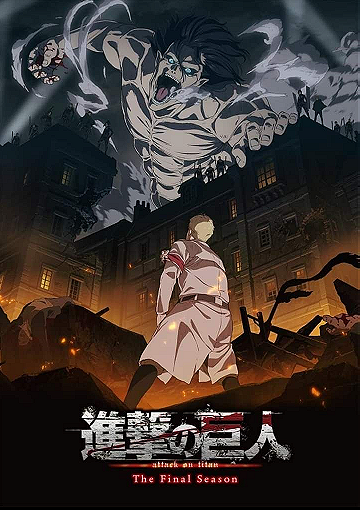 Didn't get a chance to watch it yet but I love the trailer!!! :) 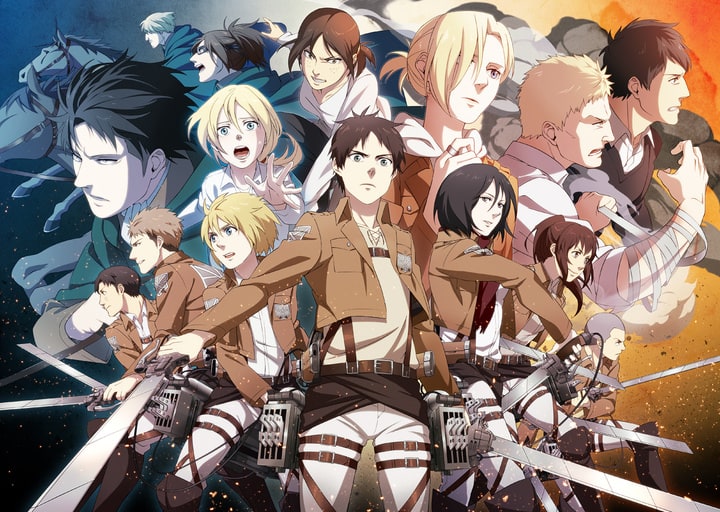 Description: The series follows the story of Eren Jaeger, his adopted sister Mikasa Ackerman, and their friend Armin Arlart. After the outermost wall falls and the resulting destruction, Eren vows revenge against the Titans and later enlists in the military, followed by his friends. Later on, he faces death during a later battle and discovers that he has the ability to transform into a Titan at will, greatly helping him in his quest to defeat the Titans and liberate humanity. 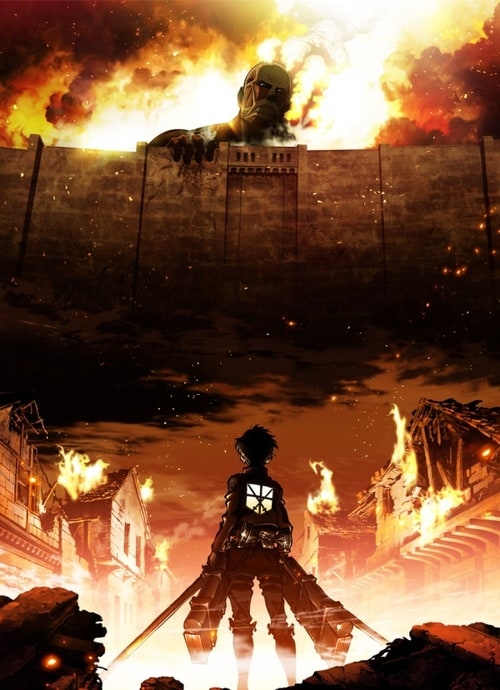 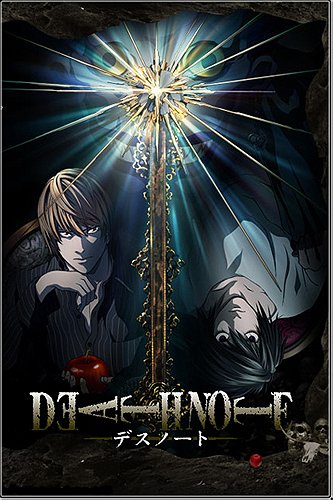 If you ask someone who doesn't even watch anime they have definitely heard of 'Death Note'... It has an amazing plot and characters with twists and turns. My anime watching journey started with this :) 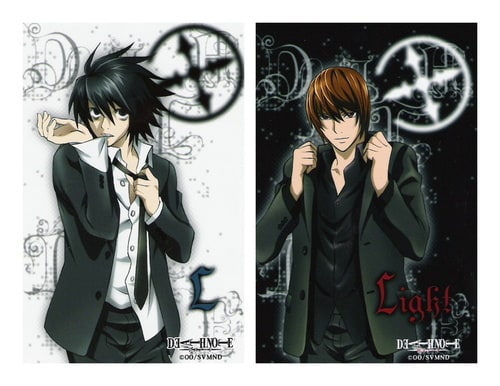 Description: Yagami Light is an ace student with great prospects, who's bored out of his mind. One day he finds the "Death Note": a notebook from the realm of the Death Gods, with the power to kill people in any way he desires. With the Death Note in hand, Light decides to create his perfect world, without crime or criminals. However, when criminals start dropping dead one by one, the authorites send the legendary detective L to track down the killer, and a battle of wits, deception and logic ensues... 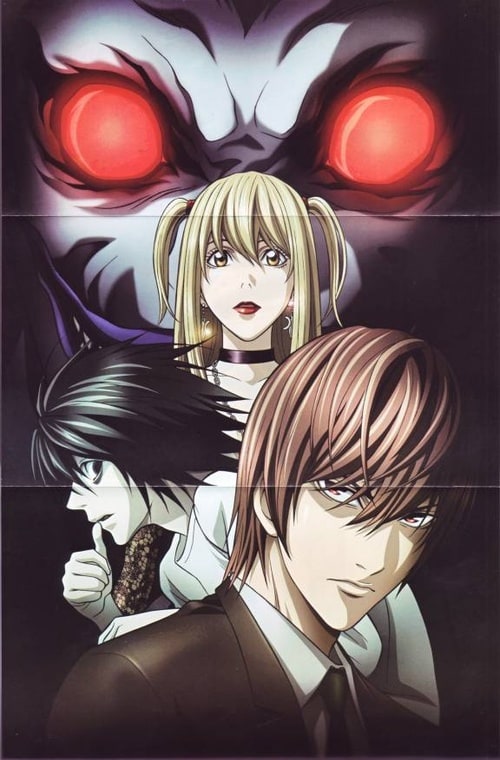 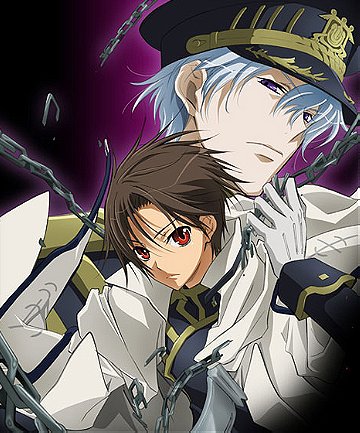 I just finished this anime... and I think it is pretty amazing!! :) Many people say that it is full of yaoi and not really good but I have to say the main basic idea of this book is about love and friendship. I would love to see a second season!! :) 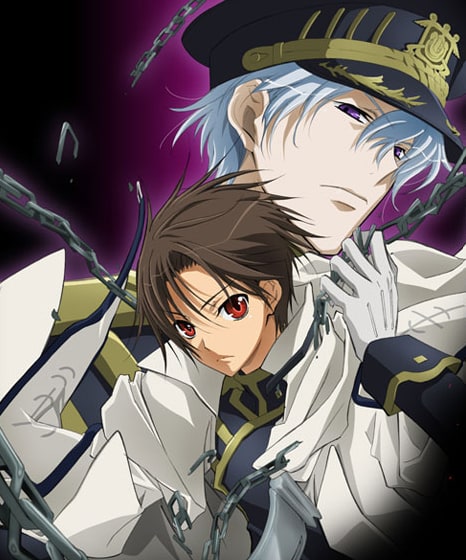 Description: Out of 500 students in the military academy, only 20 will pass the difficult graduation exam to become begleiters (Assistant Executive Officers). Teito Klein, the chairman’s favorite, is one of them. He is disliked by the other students because of his relations with the chairman and his mysterious past. After Teito and his best from, Mikage, finish the first phase, Teito begins to have strange dreams again about a man. Later on he eavesdrops on people talking about him. During this conversation, Teito recognizes the man in his dreams and another man that killed him. When he is caught he is sent to prison, but escapes with the help of his best friend. Teito left Mikage and was found falling from the sky and unconscious by a group of guys. 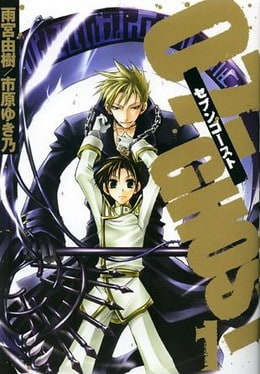 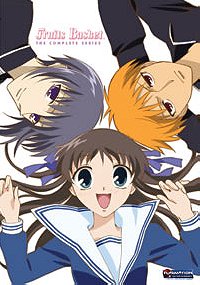 This was hilarious!!! I loved it!! :) To be honest I wasn't really ready to watch this, but my sister started watching it and she told me it was pretty nice. And, in the end I finished it before her... I can't say it is the best anime out there but I admit it was pretty funny... :) 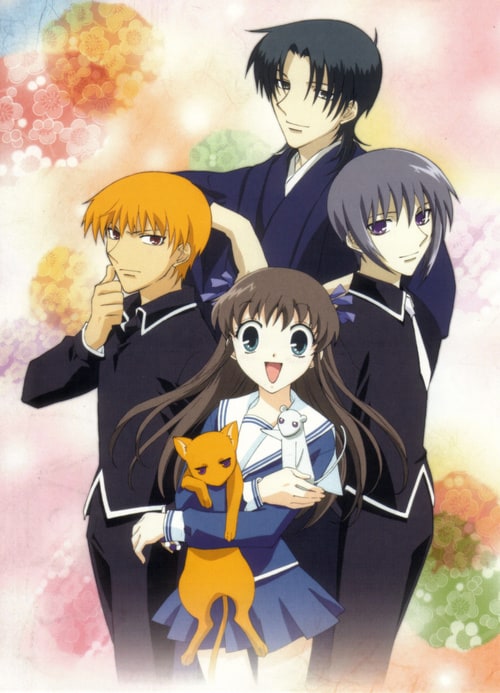 Description: Tohru Honda is 16 year old orphaned girl who gets invited to live in the house of her classmate, the handsome boy Sohma Yuki, and his cousins, 16 year old Kyo and 27 year old Shigure. However, these young men and parts of the rest of their family (both close and distant) hold a curse; if they are hugged by the opposite gender, they transform into animals of the Chinese Zodiac. Everyday is an adventure for sweet Tohru, as she gets to know everyone in the large family better (especially Yuki and Kyo), in both common and bizarre situations. But, the Sohma Family curse is certainly no laughing matter... it also holds horrible cruelity and heartbreak. 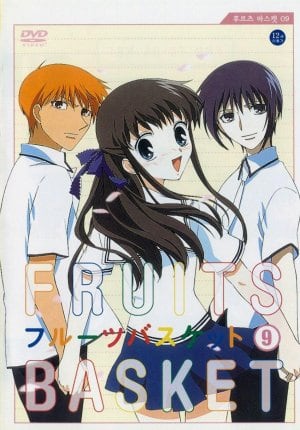 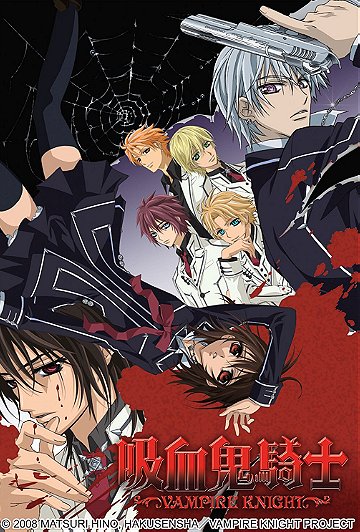 If you ask me, not the first anime I would suggest... This was one of the first anime I ever watched. I have to say the idea of it does sound really amazing but I can't say I'm really happy with the plot. Yuki does get on my nerves, come on how naive can a girl get? I would have loved it if Yuki was a bit more badass and if Kaname stopped latching on protecting her like she would break down any second!! What can I say? I am a sucker for a badass vampire and a hunter, called Zero Kiryuu :) 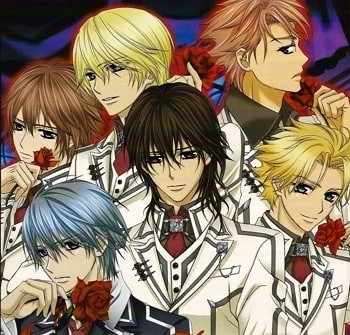 Description: Yuki's earliest memory is of a stormy night in winter, wherein she was attacked by a vampire... And then rescued by another. Now 10 years later, Yuki Cross, the adopted daughter of the headmaster of Cross Academy, has grown up and become a guardian of the vampire race, protecting her savior, Kaname, from discovery as he leads a group of vampires at the elite boarding school. But also at her side is Zero Kiryu, a childhood friend who’s hatred for the creatures that destroyed everything he held dear, is now determined never to trust them. This coexisting arrangement seems all well and good, but have the vampires truly renounced their murderous ways, or is there a darker truth behind their actions. Is Kaname's infatuation with Yuki the beginning of a forbidden romance, or is it something in her forgotten past that draws him to her. Because in this world of secrets, nothing is as it seems. And the price of misplaced trust may even be worse than death. 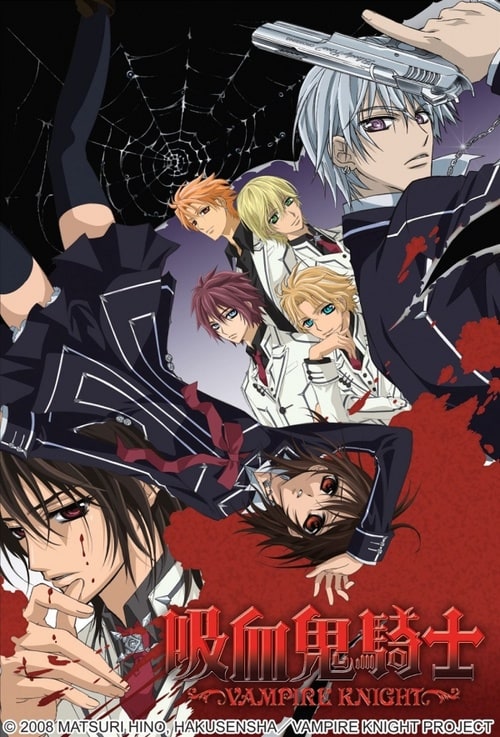 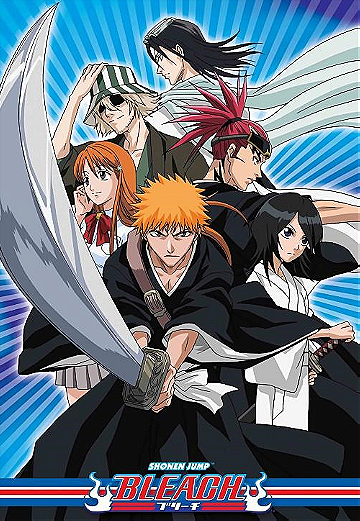 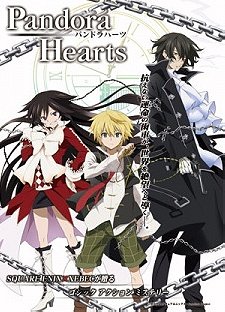 Great friendship that we will never have by ....

Books I have read by Miss Nightmare

Movies and Religions by Nusch

All the Movies I've watched ever by Nicky

Top 10 anime's that all anime fans have watched by ilja

9 Guys Who Should Play Christian Grey by ♔ Katrina_96♔

Chinese Zodiac: Year of the Rat by ♔ Katrina_96♔

They Sure Love Animals... by ♔ Katrina_96♔