I love watching people trying as hard as they can to be someone, it inspire me to do more, and it gives me a complete satisfaction for my time, and if it was executed right, then, it will make an extremely memorable movie with a high value of rewatchable-ity.
Whiplash takes a very unknown actor, Miles Teller and push him as hard as it can to deliver an excellent performance, the movie feels like an hour long as you completely lose track of time and keeps you on the edge of your seat.
------------------------------------------------ 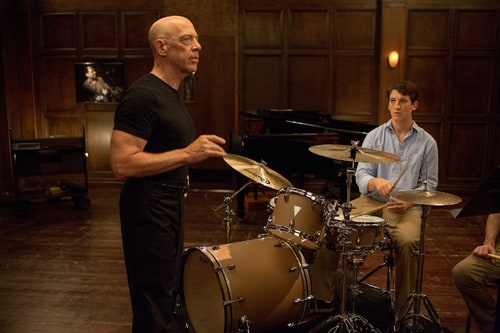 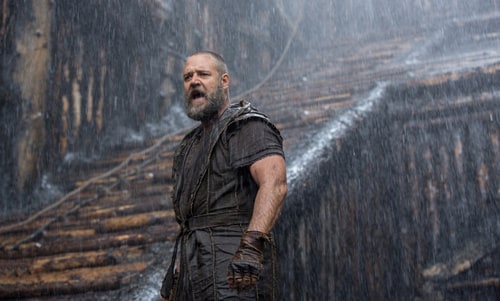 As i mentioned before, i love movies of people pushing themselves to the max, and this movie landed right at my demand, with Jake Gyllenhaal delivering one of the best performances of his career, with astonishing physical transformations and a performance that is so memorable, that i got mad when he got snubbed at the academy awards.
The movie was very dark, with a very interesting story, and great visuals, and i knew that i would like it before even watching it, because, from my experiences in movies, the 'Snubs' are always better than the "mainstream-critical-acclaim".
I do need to watch the movie again, to appreciate it more, and i think the 2nd watch would be much better than the first watch, since the movie have a great value of re-watch-able-ity.
------------------------------------------------ 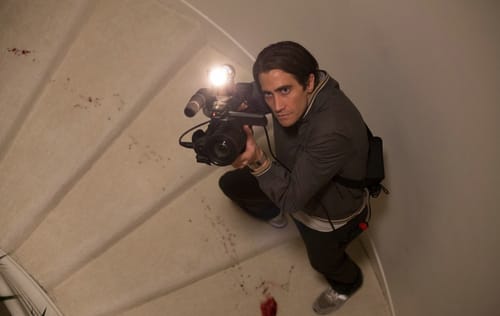 Alejandro González Iñárritu is one of the most underrated directors today, i always been a fan of his work, and with the exception of 'Babel' which wasn't to my liking, i find his movies to be fantastic, i mean, '21 grams' and 'Amores Perros' were actual masterpieces, and i always wondered why in the fuck isn't this guy 'known' in Hollywood, he's better than the most over-glorified-directors. and what's better to be known for than 'Birdman'.
Now, i diffidently don't think this is his best work, since 'Amores Perros' is one of my all time favorite movies, but i think 'Birdman' offers a different perspective this time than the usual 3 stories presented at Alejandro's movies.
Birdman is a unique look at cinema, the whole movie look like a continuous shot, and there's an incredibly amount of camera work involved, not to mention the fact that beside the drums which sometimes you see in the movie, there wasn't any soundtrack playing, and i found that a bit weird at first, but i very much liked it.
I do think there was a bit of over-acting, specially from Emma stone, but i chose to look away from it because i liked the rest of the movie.
------------------------------------------------ 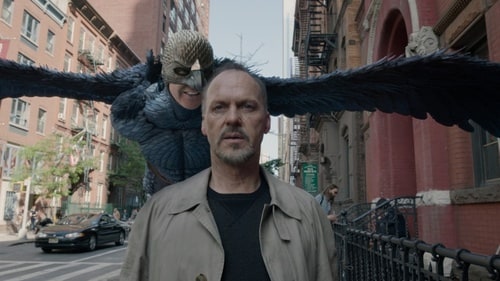 I watched the trailer for this movie and fell in love with it, i thought it would be an adorable movie like "UP" but when i actually watched it, i was pretty much disappointed.
Sure, the movie looks amazing and was very entertaining the first hour, adorable characters, wonderful voice overs, and very interesting story, that is, until it became the computer simulated version of 'The Avengers'.
I think the movie lost it's path when it decided to become a super hero movie, it reminded me of CGI clusterfucks, the ones i hate for that matter. there was so much going on, on screen, the whole super hero theme killed it for me, i mean, i still enjoyed it, but the movie dropped below average for the 2nd hour, and it really disappointing thing to see.
And the trailer was very misleading, as some funny scenes from the trailer were deleted in the blu-ray version, to fit more explosions and super hero related bullshit, and i'm more worried than disappointed because maybe from now on, this would be the 'norm' for animated movies.
------------------------------------------------

If you follow my lists, you'd know that i'm not a fan of these Marvel and/or DC comics movies, i find them to be aimed at a wide range of demographic, hence childish, made for the sole purpose of making a large amounts of money, having no swearing or real violence, aside from the fact that most of them are over-produced CGI-Clusterfucks, and some of the most critically acclaimed comic movies out there like 'The avengers', i didn't even like. it was pretty much over-hyped and/or overrated, but surprise, surprise, i liked this movie!!
Now, when i say i liked it, i mean as in looked the other way when the conventional-childish-bullshit presented itself, and tried to actually enjoy the movie, it certainly was a CGI-Clusterfuck, and an over-priced movie production, but it was kinda enjoyable, i mean, more enjoyable than most comic movies i've seen, it was a bit humorous, and overall satisfying, but still, it's a comic movie.
------------------------------------------------ 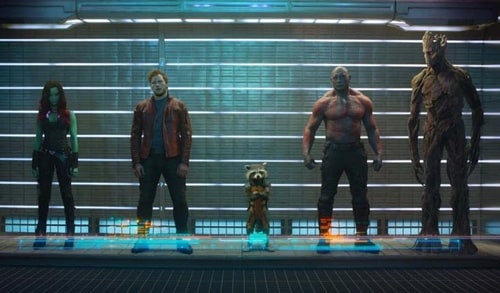 I was very excited to watch this movie, simply because it's unusual cinematic experience, i mean when a movie is being filmed over the course of 12 years, and you can actually see people growing up, without makeups or effects, but, perhaps the movie was too ambitious, as i found it kinda boring.
The movie skips large portions of events that i wanted to see, and keep showing me slow character developments that are unnecessary. the dialog seemed very normal, and i say normal as in none-movie-kinda way, as if the writer didn't intend it to be entertaining, but the movie shows you the life of a family in the course of 12 years, and i can pretty much understand the struggles behind such production, so i can give credit to the director Richard Linklater for the ballsy choice to make such a movie, but i can also criticize him for not making it great, and just being good.
------------------------------------------------ 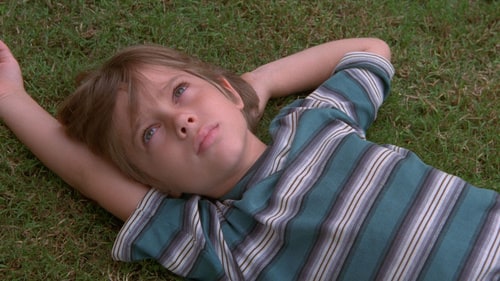 This process is called 'filtering', which is basically, knowing the true movie fans, from the fanboys.
Meaning, when a director, produces a surprisingly unpolished movie that gets fans shocked, yet fanyboys cheering with a standing ovation.
Being Crazy about David Fincher, i've watched him evolve over the years, but 'Gone girl' came as a surprise to me, as the plot was so forced, it left huge holes in it, the size of a football field.
Now, there's no doubt that the movie had the atmosphere and the performances, but that doesn't excuse the illogical story line and the plot holes. read my review below for complete analysis of the movie.
------------------------------------------------ 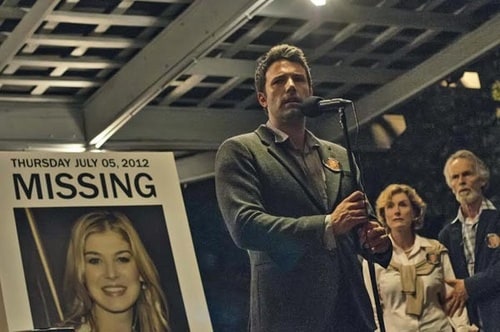 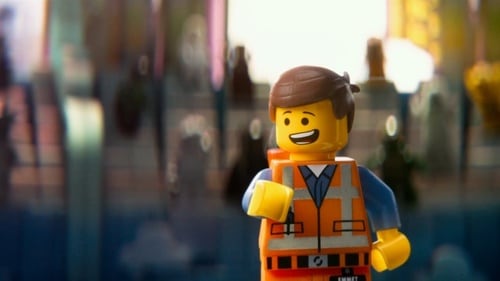 If you have ever played a movie-tie-in-video-game that made by a developer to cash-in on the success and the popularity of a movie, you'd know how this movie would feel like.
A very interesting, inspirational story, was made into a weak, over-dramatic, terribly acted, uninspired movie.
I saw it because i have read lots about the actual story, and wanted to see the Hollywood aspect of it, and i was pretty much disappointed, but overall, it will give you a somewhat okay input on the story.
------------------------------------------------ 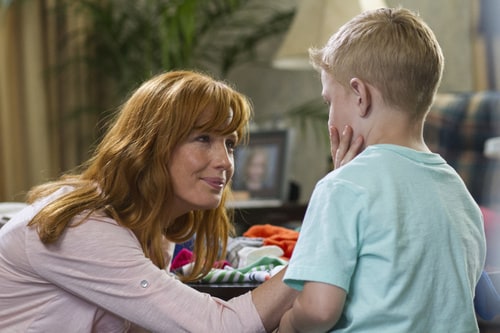 Where do i even start with this? alright, how about the fact that it's insulting to every war movie there is?
'Fury' pretty much shocked me on how Hollywood can go as far as they can for "comic relief" and away from being realistic.
'Fury' looks like the type of movie that made for kids to convince them how the war goes, it is absolutely insulting to our intelligence and outright absurd.
This movie would be a lot worse if it weren't for the cool visuals, the realistic war scenes and the high production value.
------------------------------------------------ 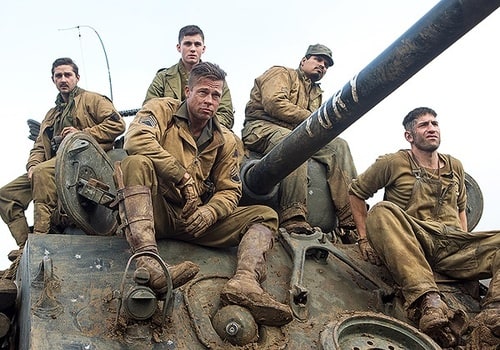 This should be no surprise, that i don't like Wes Anderson's work. i think he's an over-glorified director, who makes weird pointless dull movies just to showcase style. but i did have hope for this one, since, all the critical acclaim, but, it came as i predicted.
I normally, wouldn't care about such a movie and just ignore it, but this movie got me mad due to the wasted talents in it, i mean, there's a massive amount of respectable actors who made few appearances, probably said nothing, and were there to make the frames look famous. it's like a fancy looking product with nothing inside. as the story was boring, the humor weren't working, not even one decent performance, and just overall, "Hey, look what we can do with cinematography".
------------------------------------------------ 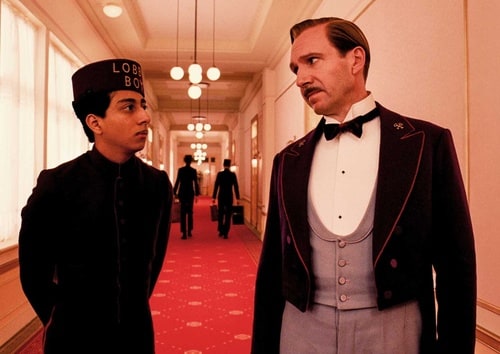 If a video game developer decided to create a film, 'John Wick' would be the product.
The movie had zero story, zero intensity, zero performances, and zero logic.
It's insulting to think that a director can produce such garbage, and make money out of it, hell, what's more insulting were the mixed reviews, mixed, indicating that some people actually enjoyed it.
Now, i have nothing against Keanu Reeves as an action hero, but he was so slow here, it's painful to watch, he was very stiff and reminded me of steven seagal, and believe me when i say, one does not simply want to watch a movie with steven seagal.
The whole idea behind this movie was to show pointless illogical action, as if we haven't seen em all, only this time with an interesting leading character, and by interesting, i mean a big name slapped to it.
The plot was so illogical that i had to pause and read reviews in between just to see why the fuck it had 7.2 on IMDb, are people nowadays appreciate any movie with high production value? or they get mesmerized by Keanu Reeves? this one boggles my mind.
------------------------------------------------ 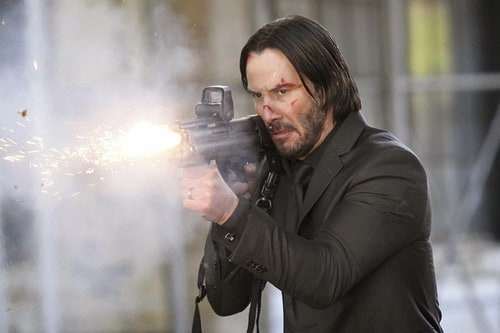 It's a rare possibility that i watch a movie and gets insulted by it, because i have seen lots of stupid movies, but to make a movie about a tragedy and disfigure it to the point that you show the victims as villains and the villains as victims is the greatest insult of all.
It's shocking and disgusting, and even the american MP's who tortured Iraqi prisoners in Abu Ghraib pleaded guilty to torture and said that they were forced to do it, so, making a movie to try to justify the torture, even though, the people who did it admitted their mistakes is like a fuckin slap to the face to Iraqis, seriously, fuck this movie and fuck the overall production.
------------------------------------------------ 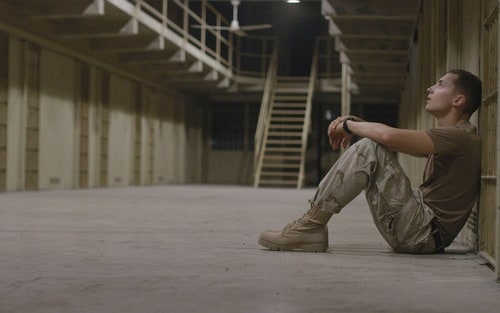 These are the 2014 movies i've seen so far, i'll be adding more later.

Warning
I have very strong views about stuff, this list is not for the weak heart.
but i'm open to discuss anything on this list with anyone.