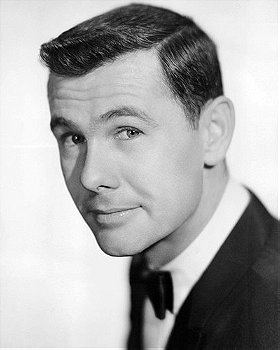 100 votes
Around the U.S.A. with Listal's members (43 items)
list by johanlefourbe
Published 11 years, 3 months ago 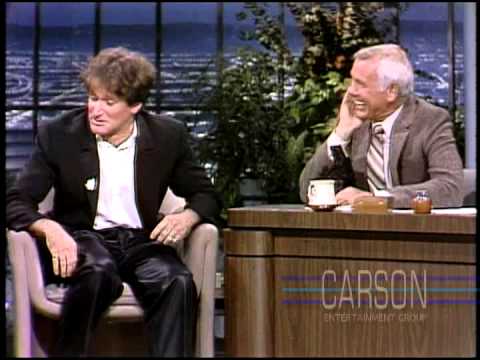 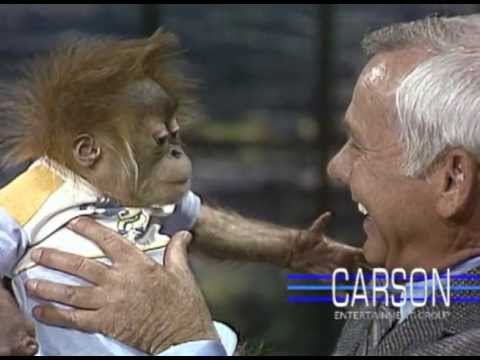 In 1962, Carson was chosen by NBC to succeed the controversial Jack Paar and his The Jack Paar Tonight Show (1957). Paar had decided to quit the show and begin a once-a-week show for NBC in prime time on Friday nights. Carson would never be controversial like Paar, preferring to good-naturedly skewer politicians and celebrities in his opening monologue and staging stunts such as the on-stage marriage of retro-singer Tiny Tim to his "Miss Vicky" in 1969. His popularity with the late-night audience became so great, and the income from advertising on his show so profitable that, in 1967, NBC had to lure Johnny back to The Tonight Show Starring Johnny Carson (1962)after a walkout with a three-year contract guaranteeing him a minimum of $4 million. In the early 1970s, TV Guide reported that Carson was earning $2 million a year, making him the highest paid TV entertainer ever, a record he repeatedly surpassed, pulling down a then-record $5 million annual salary in the 1980s. Carson created a sense of intimacy with his guests and audiences that made him the unvanquished "King of Nighttime TV". Countless talk shows hosted by the likes of Joey Bishop and Dick Cavett and other non-talk show programs were launched against him year after year only to fail, with the notable exception of ABC News Nightline (1980) halfway through his reign. His tempestuous love-life, which included two high-profile divorces, became the fodder of such celebrity staples as "The National Enquirer" and later "People Magazine", and he was even the subject of a roman a clef pulp novel in the early 1970s. There have been at least seven published biographies of Carson.

After brief stints on radio stations in Omaha and Lincoln, Nebraska, his career was exclusively in television, starting with work at Nebraska TV stations in the late 1940s which preceded his 1951-53 skit program Carson's Cellar (1953) on Los Angeles station KNXT-TV. Attracting the attention of the industry, he was hired as a comedy writer for The Red Skelton Hour (1951) which provided him with a career breakthrough when Skelton was injured backstage and Carson substituted for him, delivering his first monologue before a national audience. This led to a stint as the host of the quiz show Earn Your Vacation (1954) and the variety showcase The Johnny Carson Show (1953) in 1955-56. The man who would soon become the most famous late-night TV personality in history hosted the daytime game show Who Do You Trust? (1956) from 1957-62, teaming up with longtime sidekick, Ed McMahon, in 1958.

Before his triumph on The Tonight Show Starring Johnny Carson (1962), Carson tried his hand at dramatic acting, appearing in "Three Men on a Horse" (episode # 1.29) during the inaugural season of Playhouse 90 (1956) in 1957. In 1960, he shot a pilot for a prime-time TV series, "Johnny Come Lately", that was not picked up by a network. Carson had sat in for "Tonight Show" host Jack Paar in 1958 and, when Paar left the show four years later, NBC chose Carson as his replacement, taking over the catbird seat on October 2, 1962. The Tonight Show Starring Johnny Carson (1962). Sidekick McMahon's "Heeeeere's Johnny!!!" introduction of Carson became a cultural catchphrase, memorably reprised by Jack Nicholson in Stanley Kubrick's The Shining (1980), Woody Allen's character in the Best Picture Academy Award-winning Annie Hall (1977), stand-up comic Alvy Singer, is recognized in front of a movie theater by a street tough due to his appearance on "The Tonight Show".

Aside from his banter with celebrities, he amused his audience for 30 years with broadly played skit comedy by his "Mighty Carson Art Players" and his spoof clairvoyant "Carnac the Magnificent". He made memorable put-downs of politicians and celebrities, a format that was used by his successors Jay Leno and David Letterman and legions of comics who came after him. When a joke bombed during his monologues, Carson would do a wounded double-take as the audience jeered, fully aware of the awfulness of the joke he had just unloaded. Following these bombs with a sly, self-deprecating remark engendered a sense of intimacy between Carson and his fans.

A liberal in the increasingly liberal age of the 1960s and 1970s, so powerful were his opening monologues that by the early 1970s, he could actually affect society at large outside of the pop culture realm. A joke about a shortage of industrial grade toilet paper caused a national panic and a run on all grades of t.p., with a resulting shortage of the product about which he had kidded. Playing off current events such as the Watergate crisis, his comic evisceration of President Richard Nixon was credited with some critics as exerting such a drag on Nixon's approval rating that it made his resignation possible, if not inevitable. After Carson's reign, it became increasingly de rigueur for politicians to appear on late-night TV talk shows and bear a host's jibes in order to stump for votes.

Carson's connection with the American culture was so absolute, it contributed to one of his few failures, the rejection of "The Tonight Show" in the early 1980s by British audiences who could not understand the topical references of his monologues. And his audience's identification of Johnny with the "Tonight Show" effectively stopped him from work in other media. In the mid-1960s, Carson's agents wanted to trade on his vast popularity to position him in motion pictures as the "New Jack Lemmon", but Carson never made any forays outside of television. His connection with the movie industry remained his hosting of three generations of stars and his memorable turns as the host of five Academy Awards telecasts from 1979-84. In that role, he generally is regarded as the best successor to long-time Oscar host Bob Hope. He did stretch his wings as a producer, his Carson Productions producing TV pilots and series, TV movies and Late Night with David Letterman (1982), in addition to his own talk show.

The six-time Emmy-winner considered a follow-up to "The Tonight Show", but nothing caught his interest and he spent the last decade of his life in a quiet retirement in Malibu, California, as befitted his private nature. Thus, it was "The Tonight Show" that remains his creative legacy. Unlike every other TV star, he remained on top until the very end, the show winning its ratings period every year for 30 years. When Carson retired, his last appearance was one of the highest rated late night TV shows ever.

"I have an ego like anybody else", Carson told The Washington Post in 1993, "but I don't need to be stoked by going before the public all the time". Frederick De Cordova, the producer of "The Tonight Show" throughout Carson's 30-year run, believed that Carson never pressured himself to launch a follow-up as he already had achieved unprecedented success on TV. "He is one of a kind, was one of a kind", De Cordova said in 1995. "I don't think there's any reason for him to try something different".

1. Happiness is a dry martini by Johnny Carson

1. Happiness is a dry martini by Johnny Carson

Kandi voted for an image 10 months, 3 weeks ago

moviebuff added this to a list 2 years, 6 months ago
Moviebuff's Top 15 Most Influential Comedians (15 person items)

Brian G added this to a list 4 years, 9 months ago
My Favorite Talk Show Hosts of All Time (46 person items)

earlgrey commented on a video 4 years, 10 months ago

sasha25 added this to a list 5 years, 11 months ago
Celebrity Crematorium (25 person items)

"Had once been considered for the part of "Rob Petrie" on what subsequently became "The Dick Van Dyke Show" (1961)."

Brian G added this to a list 6 years, 3 months ago
Stars on TV Guide (72 person items)